While Hans Wilgenburg grew up in an ag family—his parents were dairy farmers in San Diego—his initial aspirations were to get away from farming.

“I kind of I reacted against it,” he says. “I thought, ‘You know, I don't want to have anything to do with this!’”

However, he wasn’t exactly sure what he wanted to do instead. And so after getting a bachelor’s degree in psychology from Calvin College and then spending some time in Israel, Wilgenburg found himself back in ag, working for three of his brothers who had an egg business.

In 1976, a mission trip to Mexico ignited his interest in crop farming, leading him to pursue a second bachelor’s degree—this time in crop science from Cal Poly. He then went on to get a master’s degree in international management from the Thunderbird School of Global Management and upon graduating was hired by a large agricultural chemical company.

In 1976, a mission trip to Mexico ignited Wilgenburg's interest in crop farming, leading him to pursue a second bachelor’s degree—this time in crop science from Cal Poly.

He lived in Connecticut and worked in the ag chemical business for several years, but eventually he started to feel dissatisfied. “Although I enjoyed living there, I was not happy with the work I was doing and began looking for a change,” he says.

He recalled growing European greenhouse cucumbers for his senior project at Cal Poly, and so he decided to look into the greenhouse business.

“I toured growing areas in Ontario, Canada, and wrote up a business plan,” he says. “I sent my plan to a grower, Jake Neufeld, in Reedley, California, and asked him what he thought of the plan. When I followed up with him by telephone, he told me that he had not read it. In any case, as we were talking, it turned out that he was looking for someone to be a foreman for him.”

“I ended up moving my family to Reedley in 1987 and worked for Jake for two years. Jake was instrumental in my learning process.  Although I took a two-thirds cut in pay, the lessons I learned from Jake were invaluable.”

In 1989, Wilgenburg launched his own business—Wilgenburg Greenhouses—with two acres of greenhouse space in Dinuba, a town in California’s Central Valley about 25 miles outside of Fresno.

Fast forward 32 years to today, and Wilgenburg now owns 105 certified organic acres, which include 7.5 acres of double-poly greenhouses and 7.5 acres of hoop houses in Dinuba and a 50-acre shade house in nearby Reedley.

In 1989, Wilgenburg launched his own business with two acres of greenhouse space in Dinuba, a town in California’s Central Valley about 25 miles outside of Fresno.

Wilgenburg’s greenhouse produce includes heirloom and slicer tomatoes, European and Persian cucumbers, bell peppers, and globe eggplants. He also grows a number of crops outdoors in Reedley (lettuce, broccoli, cauliflower, cabbage, squash, strawberries, and more), which are only available at his on-farm store.

While he used to handle all the selling himself, Wilgenburg now enlists Organic Harvest Network as his sales agent. “We have an excellent relationship,” he says. “They’ve done tremendous work for me!”

Whole Foods and Raley’s are two of Wilgenburg’s longtime retail customers, and it was Whole Foods who encouraged him to become certified organic—which he did about 12 years ago. Wilgenburg also sells to several wholesalers, including Earl’s Organic Produce, Nor-Cal Produce (part of UNFI Fresh), and Organically Grown Company.

“Earl's Organic Produce has been buying from Wilgenburg since 1997,” says Robert Lichtenberg, Earl’s director of purchasing. “Our customers look forward to their season starting every year—quality is great and the freshness cannot be beat. We especially enjoy both the European and Persian cucumber that they grow.”

Whole Foods and Raley’s are two of Wilgenburg’s longtime retail customers, and it was Whole Foods who encouraged him to become certified organic—which he did about 12 years ago.

In addition to the fact that the majority of his crops are farmed under shelter, Wilgenburg’s operation is unique in a couple of other ways. For one thing, nearly all of his tomatoes and peppers are painstakingly hand grafted onsite.

“We do it ourselves,” he says. “I have a crew of about 12 ladies that cut the plant in half. And this is when they're very small. … You have to have a real small little grafting clip—you're talking about the diameter of these things is like two millimeters. … And we use razor blades to cut the plants because they're so tender. And then immediately after you do that, then you have to put them in a healing chamber—100-percent humidity and no lights.” 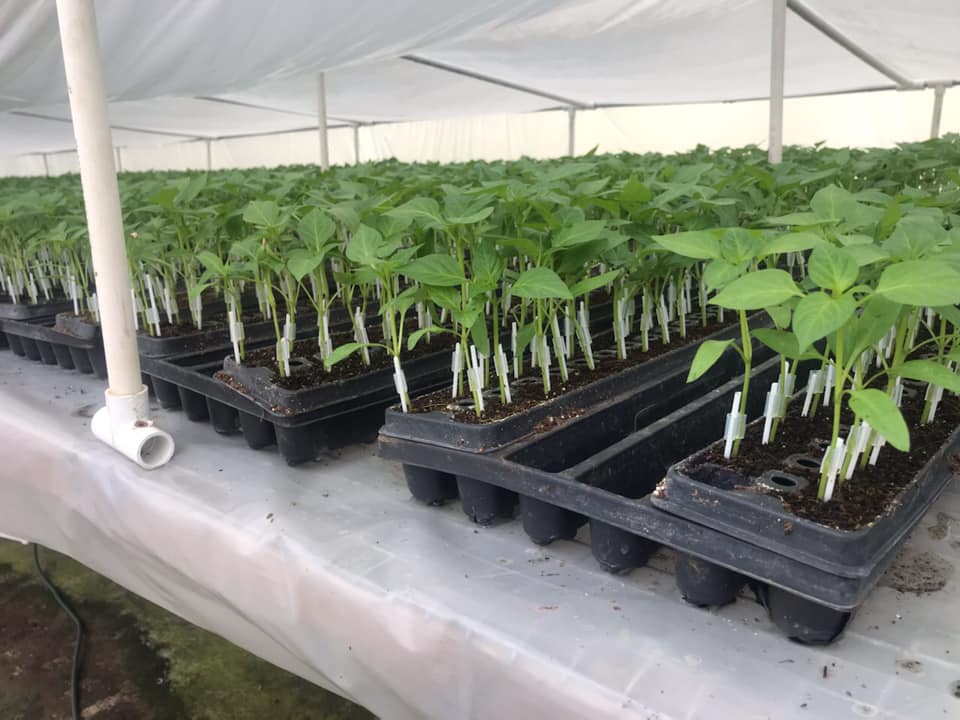 For each of his tomato and pepper crops, Wilgenburg chooses a rootstock—one that is highly resistant to nematodes and diseases—and grows that from seed. He also grows his scions (the desired fruiting variety) from seed and then grafts them into the rootstock seedlings.

In addition to the fact that the majority of his crops are farmed under shelter, Wilgenburg’s operation is unique in a couple of other ways. For one thing, nearly all of his tomatoes and peppers are painstakingly hand grafted onsite.

All of Wilgenburg’s produce is grown in soil, and he’s an avid vermicomposter. “Worm castings are an excellent source of biology for the crop,” he says. “It is very important for our success. I dedicate an acre of land to the vermiculture rows. … I have billions of worms—literally. Not millions, billions!” 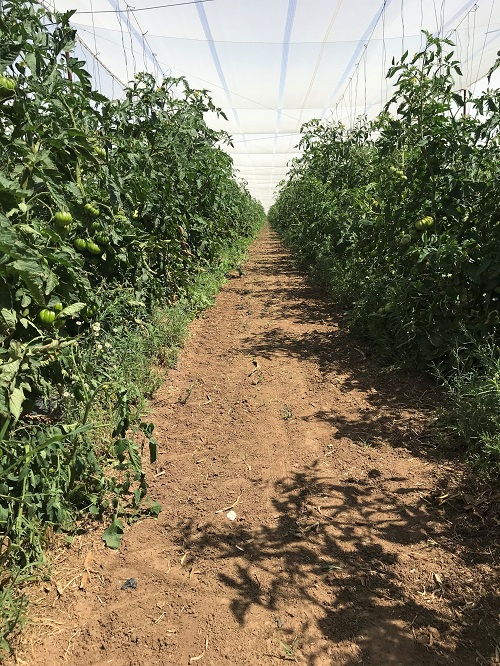 While demand for Wilgenburg’s produce has been good, he says he does feel the squeeze from Mexican competition. “I have a real hard time because their labor costs one tenth of mine,” he says. “When they start selling their tomatoes real cheap, it puts a lot of pressure on me.”

Still, he says, the desire of many consumers for local fresh produce gives him an edge, and he also times his plantings strategically based on market demand trends. For example, he starts harvesting tomatoes from his greenhouses in March and from his hoop houses in April, and he aims for a substantial crop from his 50-acre shade house to be ready for harvest in June. Then in the late summer and fall, he significantly reduces tomato production because he’s found that home gardens diminish demand at that time. 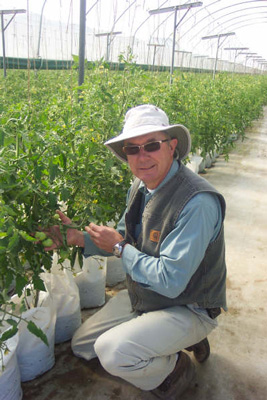 "I dedicate an acre of land to the vermiculture rows. … I have billions of worms—literally. Not millions, billions!” -Hans Wilgenburg

These days, Wilgenburg, is faced with a new challenge—securing a future for his farm. “I’m as old as Jake who I started working for those many years ago,” he says. “I don't have a good succession plan. So if you know anybody who wants to buy this place…”

“This business is not easy. It takes a lot of time, effort, and expertise to get it right. It is not the business for everyone but can be rewarding. I am very thankful that I can provide a healthy, tasty product that people enjoy eating and which is nutritious as well.”

Duncan Family Farms’ journey to becoming one of the country’s largest growers of organic baby salad greens has had more than one element of destiny—and it all started when Arnott Duncan needed to move some hay bales.