Craig Rolandelli, President/CEO of Jacobs Malcolm & Burtt (JMB), a longtime San Francisco-area specialist in asparagus, said the organic market has been relatively soft this winter in the runup to spring, with excellent supplies from Mexico. In fact, because of that volume, JMB has held off the start of its San Joaquin Valley (California) deal until the week of March 22. 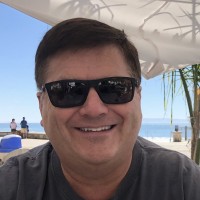 “The organic market has started to strengthen because of lower supplies from Mexico,” he said on Monday of this week (March 15). “Our California deal will give us good supplies of organic asparagus throughout April and May.”

Rolandelli noted that JMB usually has strong supplies of organic asparagus for about half the year to go along with its 12-month supply of conventional asparagus. The firm’s Mexican deal started in February and will go through April and then start up again in September for about two months. The California deal typically starts in early to mid-March and lasts through May. 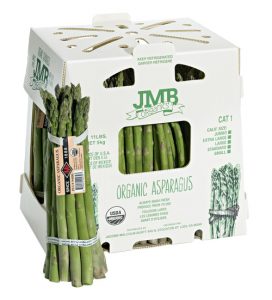 The Giumarra Companies is currently sourcing organic asparagus from Mexico and is also expecting to have good supplies until the end of May. Regional Business Development Director Gary Caloroso said there should be promotable supplies for both Easter and Mother’s Day. 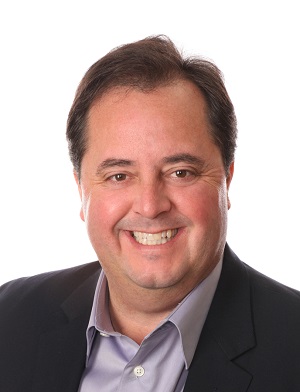 “Mother’s Day is a very good promotional holiday for asparagus,” he said, adding that the spears are a popular item for brunch menus for both of those Sunday spring celebrations.

Caloroso said Giumarra is a 12-month supplier of conventional asparagus from several points of origin, with Mexico being the dominant player. He added that the company is trying to expand its organic asparagus supplies to year-round, but the summer months remain a challenge. 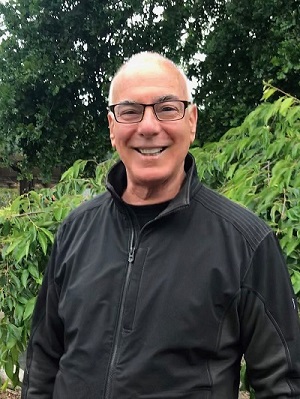 Another California organic asparagus deal is Ippolito International’s Coastal View Produce production in Gonzales, CA, in the southern part of the Salinas Valley. The harvest began in early March and will continue until about the Fourth of July, according to San Francisco-based Earl’s Organic Produce, which is the exclusive sales agent for Coastal View Asparagus.

Earl’s Director of Purchasing Robert Lichtenberg said Mexico sent a lot of organic asparagus to the US market in February, with much of it being priced after sale. The oversupply depressed the market and got the California deal off to a slow start. However, Lichtenberg said the market has since straightened out a bit, and he agreed that organic asparagus offers excellent promotional opportunities moving into April and May.

The National Specialty Crop Organic Summary from the USDA’s Agricultural Marketing Service for Tuesday, March 16, reflected the value position that organic asparagus currently occupies. The FOB price for both domestic and Mexico-grown asparagus was listed at $12-$15 for an 11-pound carton, which leaves plenty of room for very attractive retail ad pricing. As a point of reference, conventional asparagus had a similar price range, though it was a couple of dollars cheaper on the low end.

Duncan Family Farms’ journey to becoming one of the country’s largest growers of organic baby salad greens has had more than one element of destiny—and it all started when Arnott Duncan needed to move some hay bales.