With distribution across Ontario and Quebec, Equifruit is only Canadian member of the WBF, a multi-stakeholder group based out of a secretariat at the Food and Agricultural Organization in Rome. The goal of the WBF is to work towards solutions on the industry’s most pressing sustainability issues, which are addressed through three WBF working groups looking into environmental, economic and social issues.

The members represent all facets in the banana supply chain: from workers unions, to small producers like Equifruit , to the giant banana multinationals like Dole, Fyffes and Chiquita. Equifruit’s President, Jennie Coleman, heads up the mostly female team devoted to ethical business and fair fruit trade. 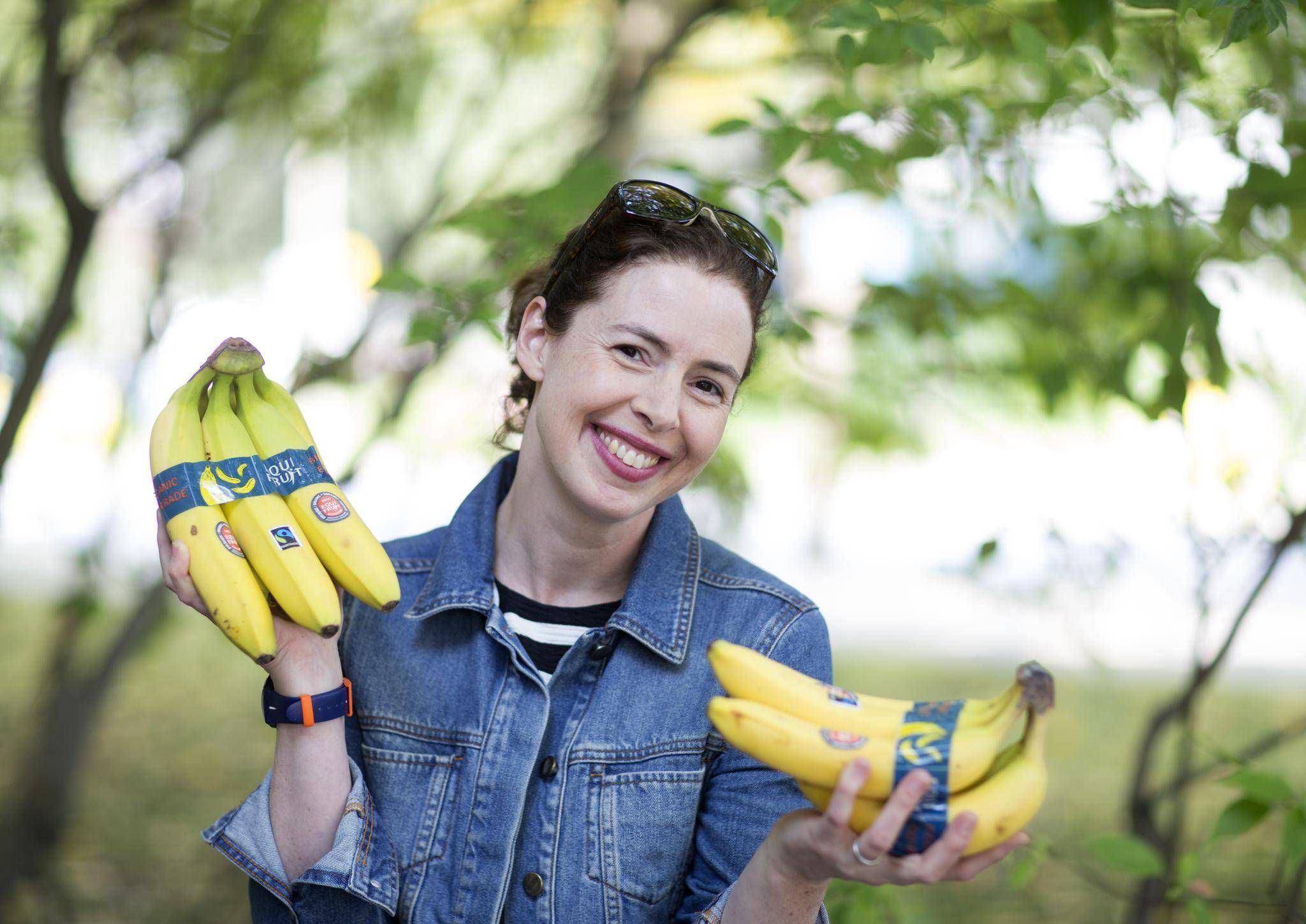 “We’re expecting representatives from giants like Dole and Fyffes, and major European retailers Tesco and Aldi. We will have civil society members like Fairtrade International and the Global Living Wage Coalition. Also, in attendance will be banana producer organizations from Costa Rica, the Philippines, Cote d’Ivoire, Guadeloupe and Ecuador, and worker unions from Latin America,” she said.

The Montreal meetings will focus on economic sustainability, also called “Distribution of Value”, with attendees evaluating sustainable pricing along the supply chain and implementing living wages for workers.

“We really want to engage North American companies and governments of banana-consuming countries,” Coleman said. “It a tremendous challenge to get retailers to take that lead and charge a price that’s reflective of the true cost of sustainable production. The US market has lead us to believe that bananas should be cheap, but this has been due to historic labor and environmental exploitation.

“When we meet retailers, they have been buying from the same three companies for 100 years. There are hundreds of broccoli and tomato growers, but bananas have remained quite concentrated. It’s a challenge for them to think about buying bananas differently.”

Coleman said Europe is their inspiration, where many large retailers have made commitments to Fairtrade bananas, the most recent being German –based LIDL. The company announced last week their commitment to sourcing 100 percent of their bananas on Fairtrade terms, which will have a huge impact on small producers and banana plantation workers. 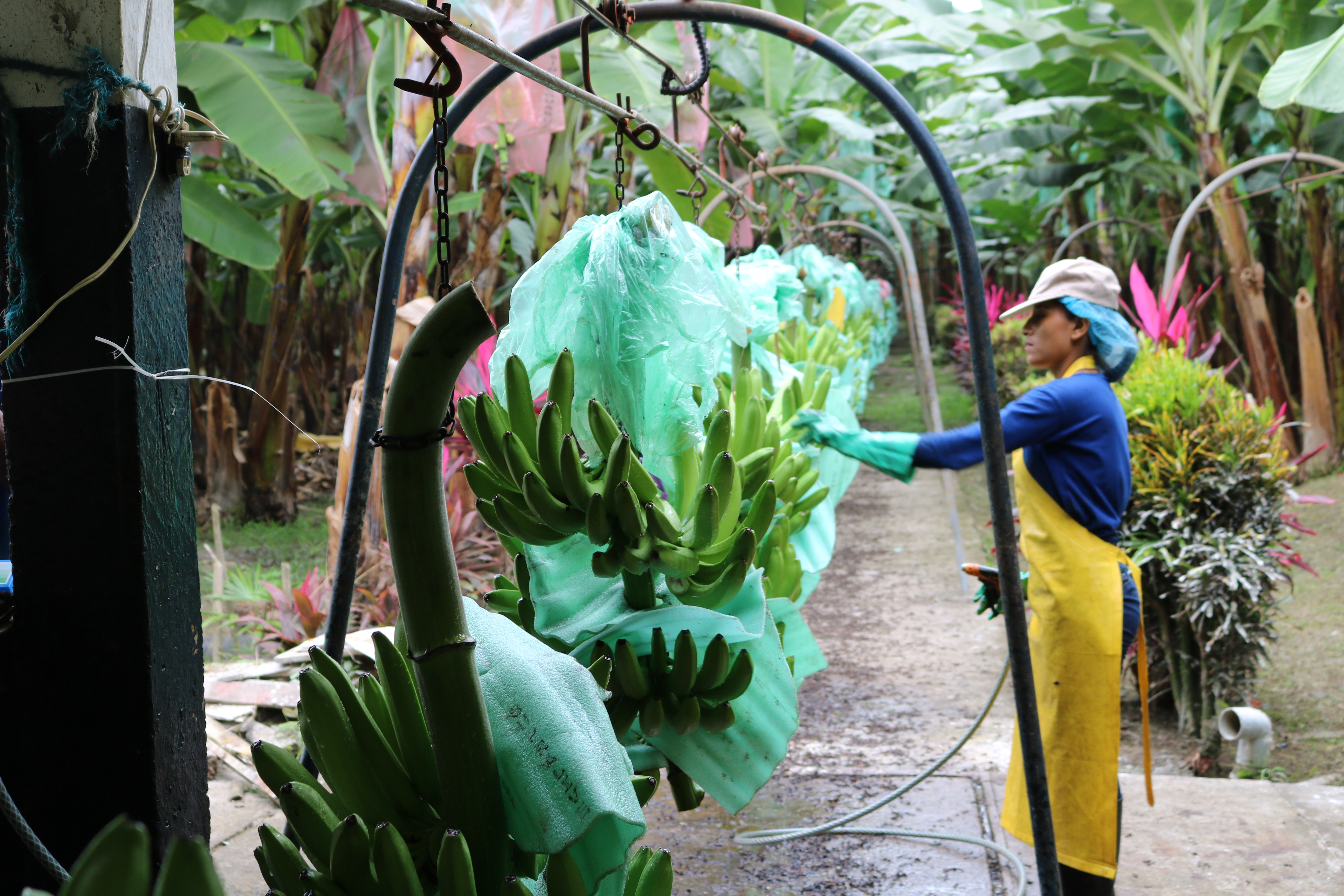 A glimpse inside the Fairtrade organic banana operation.

“We have to get this message to North America” Coleman said, “It’s all about educating people who aren’t aware of why bananas are so cheap. Fairtrade bananas are still the least expensive piece of fruit in the store. The extra price doesn’t make a big difference to the consumer, but it makes a huge difference to thousands of producers who are struggling to produce those bananas.”

Those benefits, as certified under Fairtrade International standards, include respect for a minimum price that reflects the cost of sustainable production and a social premium used to invest in producers’ communities for things like schools, health care, and clean water projects. Additionally, under Fairtrade standards is the requirement of long-term contracts, to assure producers can get loans to further invest in their farms and community.

“What motivates us is our mission. We do a lot of education and advocacy for small banana producers and our goal in that moment isn’t always to sell bananas. Our main mission is to have conversations about why Fairtrade is so important, to get people thinking about where their bananas have come from, and who has produced them and under what conditions. Our big picture goal, of course, is to sell more bananas on Fairtrade terms. It’s a long game – but we are going to make it happen’” Coleman said.