Regenerative farming received a full-throated endorsement from an ed session panel devoted to the farming practice at the recently held Organic Grower Summit. 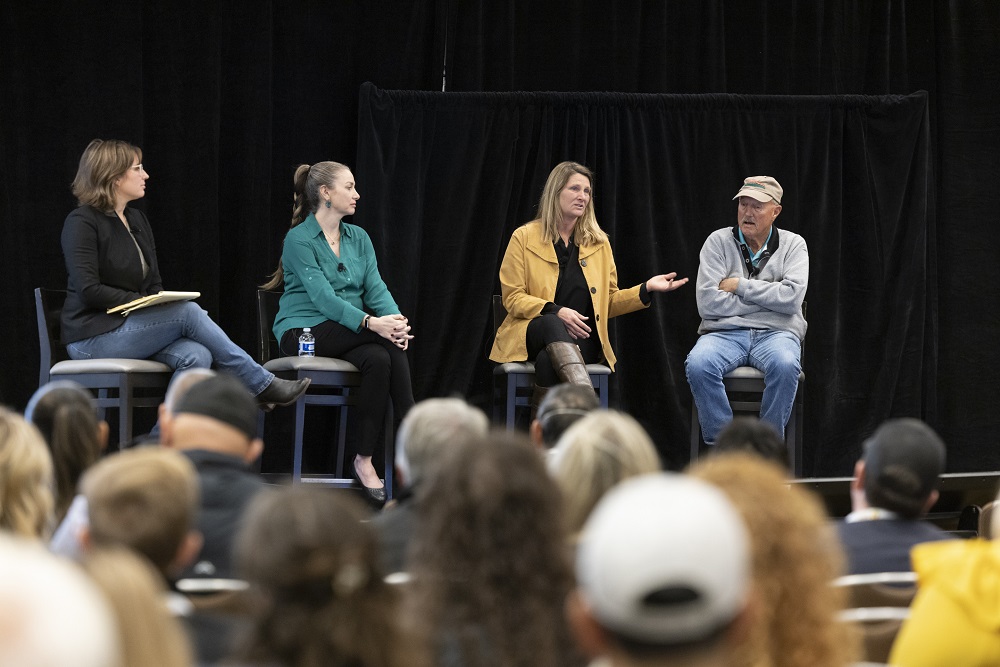 While in agreement that Regenerative Organic Certified (ROC) is potentially the gold standard for farmers to achieve, longer term the trio believes practicing regenerative farming techniques is an important step along the path of helping growers capture carbon in the soil and improving the environment.

Moderator Jessy Beckett Parr, chief program officer of California Certified Organic Farmers (CCOF), started the panel discussion with a few definitions of various terms used in regenerative growing. "Organic" farming, she said, is a federal program with rules, regulations, and a sought-after certification, which gives it meaning and value. In contrast, as it currently stands, "regenerative" farming is more of a farming philosophy (with no legal definition) that is focused on the idea of sequestering carbon by improving the soil. 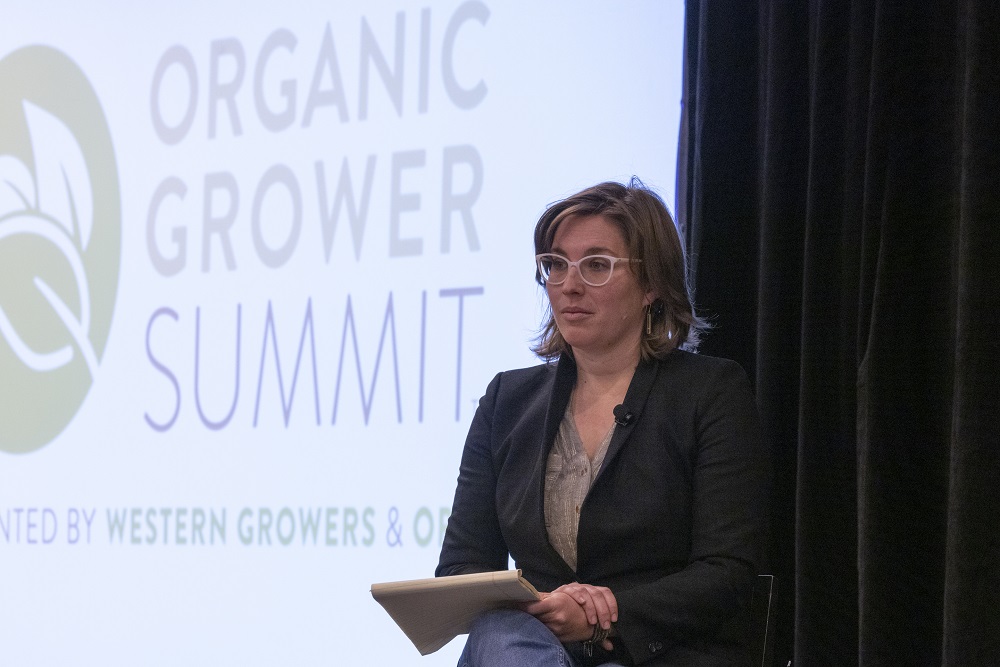 “Door number 3,” Parr said, “is 'regenerative organic,' which I call ‘organic plus.'"

Regenerative organic uses organic standards as a baseline, she said, and adds in other benchmarks—measuring soil health as well as incorporating social standards and taking animal welfare seriously. CCOF, Parr said, will now be certifying regenerative organic to the Regenerative Organic Certified (ROC) standards established by Regenerative Organic Alliance (ROA), which was represented on the panel by its executive director, Elizabeth Whitlow. Also serving on the panel was Ann Marie Hourigan, quality standards principal advisor for Whole Foods Market, and Scott Park, an ROC farmer in Meridian, CA. Whitlow and Hourigan talked nuts and bolts on the concept of regenerative growing, while Park talked about the soil and the outcomes of using regenerative farming practices.

“Door number 3 is 'regenerative organic,' which I call ‘organic plus.'" - Jessy Beckett Parr

From a certifier’s perspective, Whitlow discussed ROA and its mission to make a difference by urging more farmers to use environmentally friendly farming practices to improve the soil and sequester carbon. ROA clearly believes that its regenerative organic certification is the best path to achieve those goals.

Whitlow said the organization has been establishing certification standards and working with pilot farms across the globe. While it has certified 100 farms involving more than 150 crops, it remains a work in progress as standards are being modified to make them more accessible and impactful.

ROC standards involve specific measurements of soil health and practices, Whitlow said, while also requiring that a premium be paid for the product for the benefit of farms and farmworkers. The animal welfare piece is another component of the ROA standards.

There are currently three levels of regenerative organic certification: bronze, silver, and gold. The intention, Whitlow said, is to have farmers enter at the bronze level and continually improve their soil and their practices to meet the gold standard. The ROA leader admitted the “bronze level may need more massaging to make it more accessible” to more farmers.

ROC standards involve specific measurements of soil health and practices, Whitlow said, while also requiring that a premium be paid for the product for the benefit of farms and farmworkers.

Whole Foods’ Hourigan said her organization’s overarching goal is to “nourish people and the planet” and its “regenerative claims policy” is designed to do just that. The chain began following the regenerative buzz in 2018, she said, noting that it evoked a lot of passion and has continued to engage more and more people. 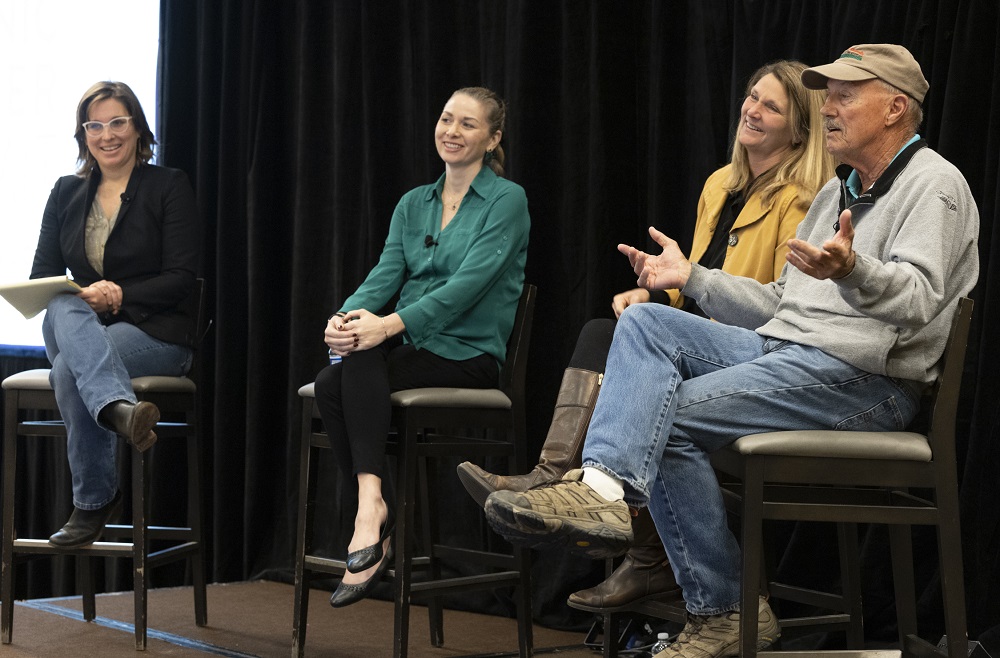 “We now see regenerative as the next step to nourish people and the planet,” she said, reiterating the chain’s mission statement.

Whole Foods Market's regenerative practices policy is designed to put parameters around claims and require providers of products labeled as regenerative to either be certified or have a regenerative assessment. The main goal, Hourigan said, is to improve soil health and its carbon content.

“We now see regenerative as the next step to nourish people and the planet.” - Ann Marie Hourigan

From an organic farmer’s viewpoint, Park said it was not difficult to add formal regenerative techniques to his farming practices because he was already doing most of what is called for—he just wasn’t documenting it.

In his 50th year of farming—organically for almost 40 of those years—Park grows on approximately 1,400 acres in Meridian, CA.

“We grow pretty much every crop that is not a tree,” he quipped.

The secret to his success is no secret as every farming practice that Park Farming employs revolves around its impact on the soil. “Take care of the soil and it takes care of you,” he said.

Park said he was first approached by buyers who told him there was a market for products grown using regenerative farming practices. He noted that ever since he started experimenting with organic farming in 1985, he was driven by the desire to improve the lives of his employees while producing crops in a profitable and sustainable way.

“Take care of the soil and it takes care of you.” - Scott Park

“The more we fed the soil ... it was unbelievable and unexpected; we had a super positive impact on the bottom line,” he said, adding that he is a testament to better soil equals a more profitable operation. “It’s profitable. There are no gimmicks or tricks. … We use only compost, seaweed, and microorganisms," he said, noting that he also employs a crop rotation that is designed to improve soil health. 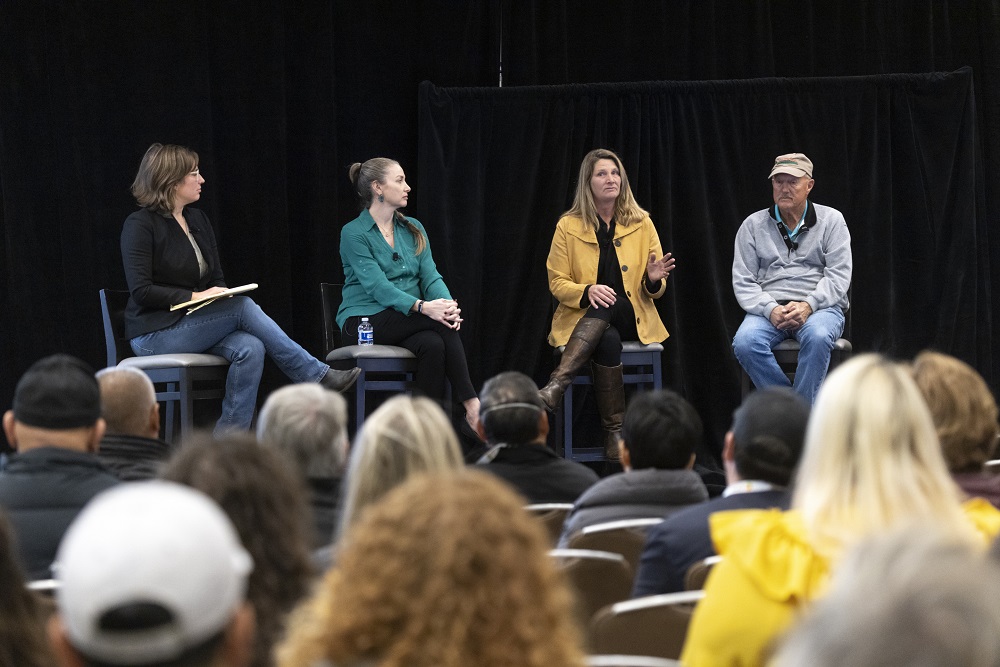 During the session, the panelists were asked about the value of regenerative farming and whether it's a threat to the organic label. All three agreed that every farmer needs to get on the path of improving their soil and the planet—and using regenerative practices is a great starting place.

Hourigan noted that only 1 percent of the nation’s farmland is farmed organically, so there is lots of room for soil improvements across the board. “'Regenerative' is a path; 'organic' is a path; 'regenerative organic' is a really great path,” she said.

“The more we fed the soil … it was unbelievable and unexpected; we had a super positive impact on the bottom line. … It’s profitable. There are no gimmicks or tricks. … We use only compost, seaweed, and microorganisms.” - Scott Park

Park said, noting that the Regenerative Organic Certified standards are very strict and would need to be more accessible to convince more growers to move in that direction.

“How do we move the needle?” he asked, opining that just using cover crops is the right first step. He added that it is a process, and no farmer is going to transition from conventional to regenerative overnight … or even in three years. 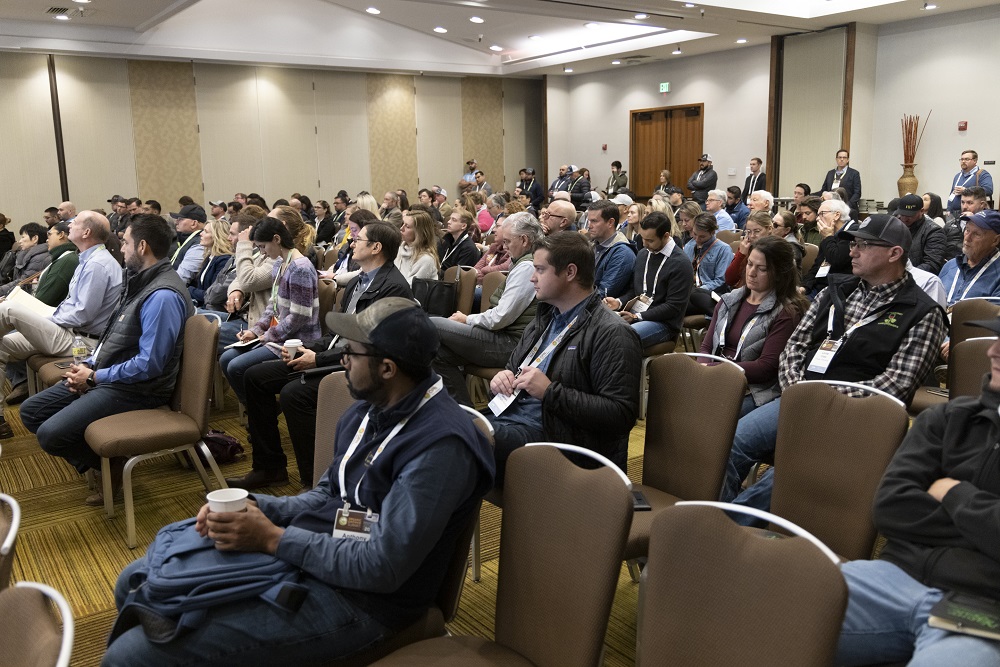 Whitlow said she worries about the power of "regenerative" as a marketing term and that it could negatively impact the organic certification label. She called it a “compelling term,” but she did agree that if regenerative gets a grower on the road to improving his soil and farming practices, it is a win.

Looking to the future, Hourigan said she'd like to see more “nutrient-density studies.” She said if the link between soil health and nutritional quality can be recognized as a scientifically based claim, consumption will rise, and consumers will pay a premium.

Whitlow would like to see money in the Farm Bill go to growers farming in the most sustainable way. She noted that growers shouldn’t have to pay to certify that they are doing things properly, but rather they should be paid for farming in a sustainable manner.

Park said he'd like to see more of an emphasis on soil health by academia, government officials, corporations, and consumers. He noted that he was recently at a two-day seminar put on by California ag officials and University of California researchers on water retention and “soil health wasn’t mentioned one time.”

He believes that the advice given was useless. “They’re all putting Band-Aids on a bad plan to start with,” he observed.

The overarching takeaway from the Organic Grower Summit ed session on the softening of consumer demand for the category is "don't panic." The past two-plus years have been extraordinarily challenging from every angle, resulting in trend lines that are not yet meaningful.

Paul Mikesell is founder and CEO of Carbon Robotics, a Seattle-based ag tech company that manufactures a robotic weeding implement called the LaserWeeder. OPN caught up with Paul for a conversation about why he started Carbon Robotics, how the LaserWeeder works, the benefits of using lasers versus blades, his company’s plans for the future, and more.

It’s a product line based on the foundation of feeding the soil and a growers’ plants according to the same, proven scientific principles that have driven the parent company for 140 years in the business of repurposing animal byproducts to feed dogs, cats, chickens, and other animals.