As we head into summer, the Northwest will have good organic apple supplies (though less than usual) and a very limited volume of organic cherries.

“The organic apple crop will be a little shorter this season than it has in the past couple of years,” said Chuck Sinks, President of the Sage Fruit Company in Yakima, WA. “While demand remains high, storage of organic apples has always been the biggest challenge. As techniques have improved, we have been able to have the crop last later in the season. However, after the unprecedented heat last summer, several varieties sustained more condition issues than others. While as an industry there shouldn’t be much of a gap between this crop and [the] new crop (which starts harvest in late August), the available volume will be down.” 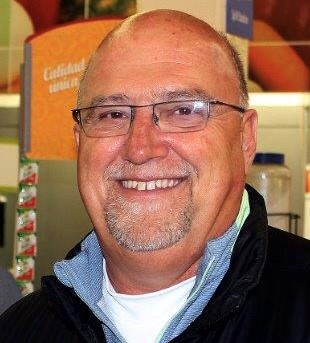 Catherine Gipe-Stewart, communications manager for Domex Superfresh Growers, also in Yakima, had a similar report. “Washington State organic holdings are down nearly 10 percent, but Superfresh Growers is up more than 50 percent overall,” she said. “Superfresh Growers has a strong supply of organic apples through the summer.”

“While demand remains high, storage of organic apples has always been the biggest challenge." -Chuck Sinks

Parsing the varieties, Gipe-Stewart said supplies of organic Granny Smith apples are up significantly while organic production of Gala, Fuji, and Pink Lady are all down, “reflecting what we saw for these varieties in general this year.” 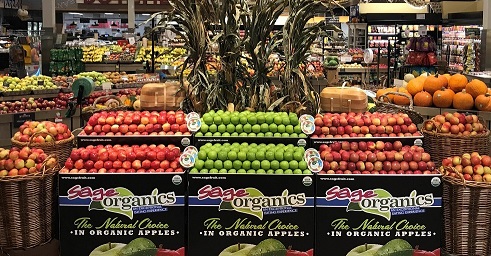 She noted that overall, Superfresh Growers will be supplying organic apples longer than ever this year. “And we are super excited for harvest to begin in August!”

The Domex representative said demand for organic apples continues to increase, tempered only by lack of supplies with some varieties. “Nielsen data shows that organic Pink Lady apples are trending up … up 21 percent in pounds in April and up 28 percent in dollars,” Gipe-Stewart said, adding that Gala, Honeycrisp, and Fuji are each down in dollars and volume due to shorter supplies this crop year.

Superfresh Growers is looking forward to the harvest of the 2022 crop to replenish their supplies. “The Superfresh organic crop will continue to grow, with focuses on expanding Cosmic Crisp, Autumn Glory, Honeycrisp, and Pink Lady organic volume, though all varieties continue to expand in organics.” 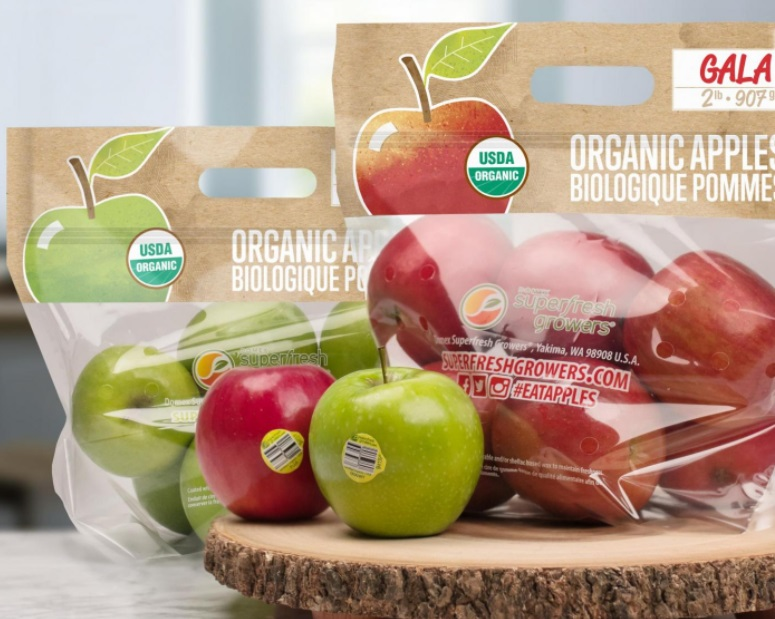 Overall, the Northwest cherry crop is down this year and because organics represent a small percentage of that crop, they are going to be scarce. Sinks of Sage Fruit reported that it could be mid-June before any organic cherries are shipped from that district.  He explained the Pacific Northwest had a relatively mild winter this year, but a late snowstorm hindered the crop. In addition, cooler temperatures have continued late into the spring.

“The Superfresh organic crop will continue to grow, with focuses on expanding Cosmic Crisp, Autumn Glory, Honeycrisp, and Pink Lady organic volume, though all varieties continue to expand in organics.” -Catherine Gipe-Stewart

“During early bloom, we experienced about a week of cold, wet weather that slowed pollination in a few districts and delayed additional bloom in other districts,” Sinks said, adding that the Northwest cherry crop did sustain some damage. “The extent of the damage is continuously being monitored. We look to get into warmer temperatures in the next week, which should help with the progression of the season.” 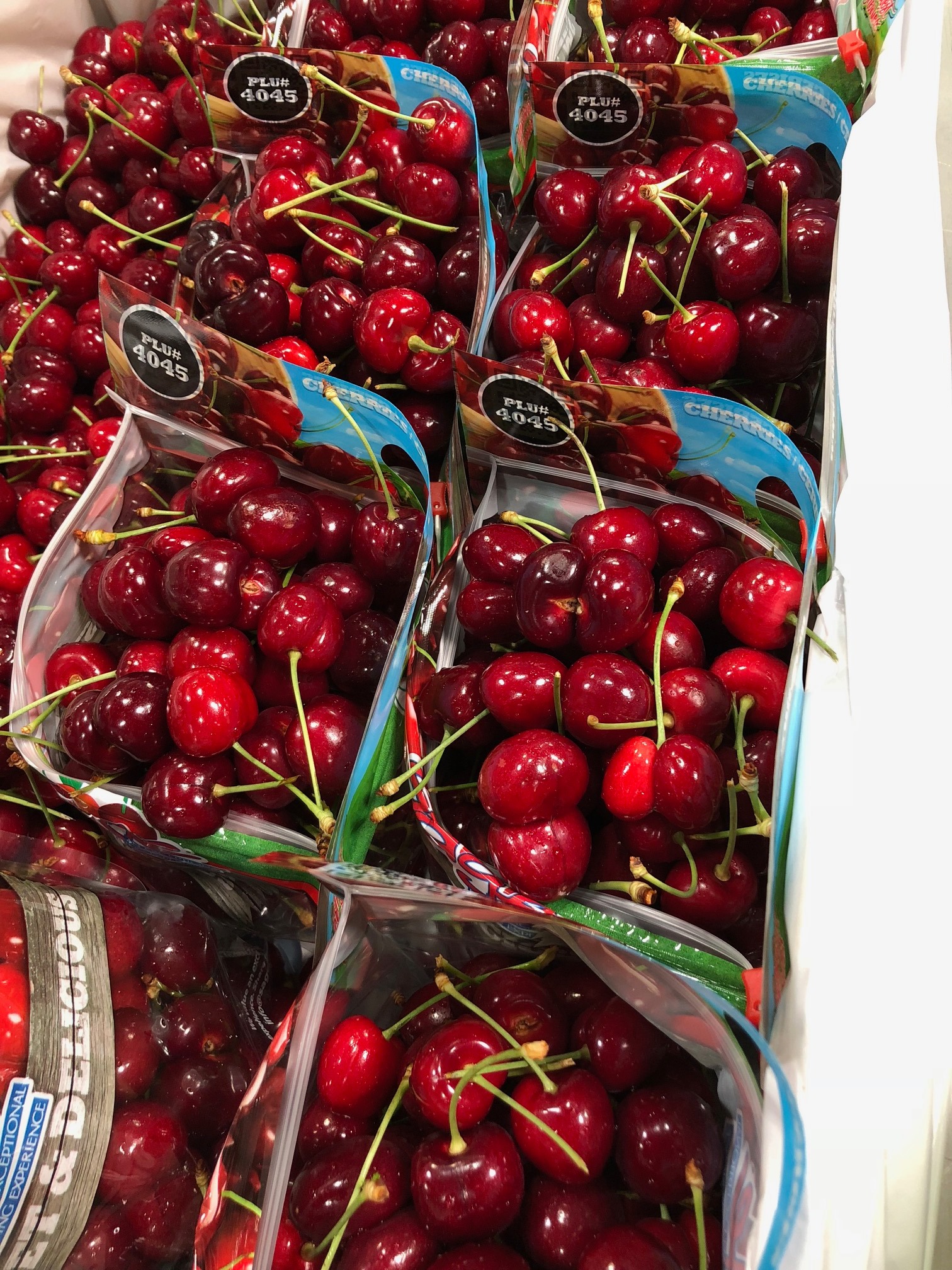 He noted that organic cherries only account for about 2.5 to 3 percent of the entire Northwest cherry crop.

After surveying members in the five contributing states, the Northwest Cherry Growers association recently estimated the total crop at 13.6 million 20-pound box equivalents, which is significantly less than previous years. The crop has not dipped below 14 million boxes since 2008. 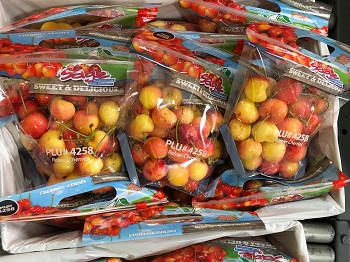 Even if 3 percent are organic, that will only amount to about 400,000 cartons. The organic cherry market on the San Francisco Wholesale Produce Market was reported at $119 on Tuesday, May 31. With California quickly coming to the end of its season and a gap expected until the Northwest starts, it appears there will be no organic cherry bargains this summer.

In 2016, Penny Newman Grain Company launched its Farm Products division, which offers a comprehensive array of crop inputs for both conventional and organic growers.

Last month, PCC Community Markets, a certified organic retailer and the largest community-owned food market in the US, announced the recipients of its third annual round of Organic Producer Grants.

Do you bend forward with your hands on your head face down in anguish? Many of us in the produce industry are in that same position as we try to control the many challenges faced daily. Inflation, supply limits, labor shortages, runaway freight costs, and profit margin threats are in the headlines while we try to keep business running on a full engine despite thoughts of dire straits in our minds.

5. How Good Food Enterprises Are Thriving in the COVID-19 Era