With 33 ranches in the California and Arizona Sonoran Desert, Woodspur Farms is the largest multi-site organic date grower in the United States. From its 3,000-plus acres, Woodspur harvests about 16 million pounds of dates to be sold as whole fruit each year, and it also produces and sells date paste, date syrup, and date powder. Currently, 95 percent of Woodspur’s acreage is certified organic, with the remaining 5 percent in transition.

While Woodspur grows multiple date varieties, Deglet Noor and Medjool dates make up the majority of its harvest, with Medjools being the largest crop by volume. “Medjools are what’s considered like the Rolls Royce of dates,” says Bob Harrick, Woodspur’s vice president of sales and marketing. Medjool dates are known for their large size, soft texture, and rich caramel taste. The variety originated from Morocco, where it was at one time cultivated exclusively for royalty. 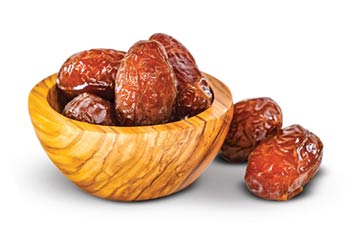 In the early part of the 20th century, a widespread soil-borne fungal disease afflicted Medjool palms in Morocco—an event that turned out to be a stroke of fortune for the US date industry. The disease led Morocco to allow a USDA horticulturist to take 11 offshoots from a single Medjool tree back to the US in 1927 in an effort to save the species. Nine of those offshoots survived, and today, all Medjool palms in America stem from those original plants.

Oasis Date Farms, Woodspur’s flagship property, has some Medjool trees that have been there since the 1940s. The original owners of Oasis had a passion for date palms and cultivated 16 different varieties on the ranch, with the Medjool being the predominant one.

In 1997, Oasis was bought by two families who then transitioned it to a certified organic operation. “[They] recognized that there was a niche for organic, and they converted the ranch as quickly as possible,” says Harrick, who worked for Oasis for about seven years before it was acquired by Woodspur in 2014. “Oasis Date Gardens was one of the first true fully organic date growers. … We actually became a worldwide supplier.” 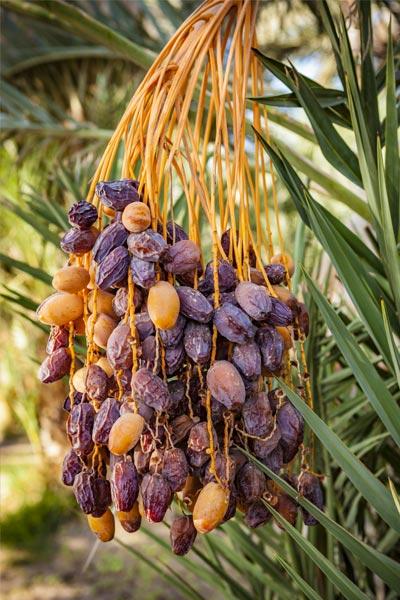 Oasis Date Gardens retained its brand name (and website) after the acquisition, and Woodspur sells Oasis’s dates along with those from its other 32 ranches to both US and international markets, primarily through wholesalers and distributors. It also sells organic date paste, date syrup, and date powder to food processors such as nutritional bar companies and bakeries.

Harrick says date powder, which is Woodspur’s newest product, is showing enormous growth potential. “What’s making that so popular in demand is that a lot of your major corporations are looking for an alternative to artificial sweeteners,” he says. “It’s going to be a very, very, very successful item for us.”

"They recognized that there was a niche for organic, and they converted the ranch as quickly as possible. Oasis Date Gardens was one of the first true fully organic date growers. … We actually became a worldwide supplier." - Bob Harrick

In the Sonoran Desert region where Woodspur’s ranches are located, dates are harvested in late August through early November. They can be stored by freezing, which means they’re available year-round—as long as the harvest is plentiful. While date palms are hardy (and the dates themselves are protected from pests by mesh bags during the late fruiting stage), Harrick says there are two long-term weather conditions that can cause significant problems: freezing and humidity. A lengthy freeze in March can delay and harm the fruit, and very high humidity for an extended period during monsoon season can lead to mold issues.

So far, Harrick says the 2020 crop looks good, and he anticipates that it will be bigger than last year’s due to hundreds of acres of young palms that have recently started bearing fruit. The young trees are the result of a 500-acre planting that Woodspur undertook in 2015—the largest single planting of date palms in US history.

Over the last decade, Harrick says that sales of organic dates have increased significantly. He believes one of the biggest factors driving the growth has been the food networks. “You see so many chefs cooking with organics and using dates in a lot of their recipes,” he says.

He also attributes the increase in demand to the health-conscious millennial demographic. “Younger people are really becoming more and more knowledgeable and astute as to how they feed their families,” he says, noting that they choose organic to avoid the chemicals involved in conventional ag, and they choose dates because they “are probably one of the healthiest foods that you could possibly eat.”

By weight, organic dates aren’t the most affordable produce item, but a single piece of this petite fruit packs an impressive amount of fiber, antioxidants, potassium, and natural sugars. And as Harrick aptly points out, “You wouldn’t sit there and eat a pound of dates in one sitting.” (A pound of Medjools, for example, contains about 1,250 calories and 300 grams of natural sugars.)

On average, Harrick says, organic dates command a price premium of about 10–12 percent over their conventional counterparts on the wholesale market. That number used to be significantly higher but has come down over the years, making organic dates increasingly accessible to consumers. 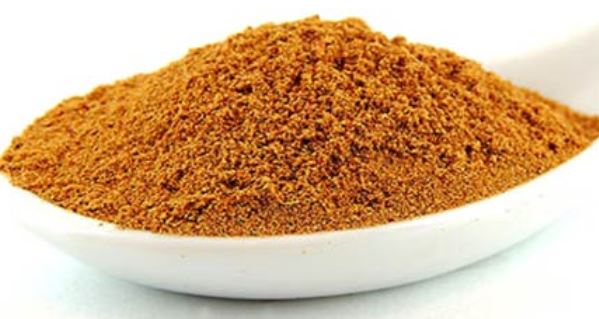 In addition to being certified organic, Woodspur’s dates are USA grown—in either Arizona or California. “We find that that is an attraction to a lot more retailers—more and more so,” says Harrick, adding that for many people, USA grown denotes a quality product.

While Harrick came from a sales background and not an agricultural one when he first started at Oasis in 2007, he was personally very familiar with dates due to his Lebanese heritage (his grandparents emigrated from Beirut). “We grew up eating them,” he says. “Ethnic groups of people have been eating dates for centuries. So, quite frankly, America is still in its infancy when it comes to dates and the awareness of dates. I would say probably 10 percent of the American population eat dates, so we have a lot of room for growth.”

Organic tomatoes have been in relative short supply this summer, resulting in higher f.o.b. prices. As we head into Labor Day weekend, industry experts weigh in on the shortages, projections and recent trends.

The organic produce category has exploded over the past five to ten years - yet remains steady at only ten percent of total produce sales. As organic farming expands, retailers also have the opportunity to display more organic fruits and vegetables. OPN contributor Ron Pelger provides insight on how the retail industry can continue boosting sales.

The Organic Certification Cost Share Program is an important tool that offsets the cost of organic certification, helping small and mid-sized organic farm businesses to become certified organic. FSA plans to lower the rate from 75 percent to 50 percent of eligible expenses. On the heels of the proposed change, last week Congressman Jimmy Panetta (D-Carmel Valley) joined House Agriculture Subcommittee Chairwoman Stacey E. Plaskett (D-Virgin Islands) and several of his colleagues in sending a bipartisan letter to Agriculture Secretary Sonny Perdue, expressing strong concern of the reduction of the OCCSP.