There is no doubt that the organic produce category has exploded over the past five to ten years driven by consumers craving healthier and more nutritious food, especially fresh produce. People have changed their eating habits and are far more concerned about what is in the food they consume.

Supplementing the overall category growth in organics is greater organic farming by growers. The entry of many new farmers into the mix has led to an abundant supply of organic produce volume as well as greater varieties. This has opened the door for retailers to be able to expand and display an increased number of organic fruits and vegetables.

Given this baseline of increased awareness and popularity of organic fresh produce with consumers, why is the category anchored at only 10 percent of total produce sales? What will it take to give it the thrust needed to encourage more share of the department sales?

Are retailers promoting organic produce items as they do conventional produce?

Below are three active merchandising areas in the produce department that will put organic promotional items in full view of shoppers:

It's a common merchandising practice to display the leading conventional advertised items at the entrance to the produce department. That gateway into the department is where the visual impact grasps the attention of shoppers and persuades them to make head-on purchases.

Those entrance displays sell a lot of produce, but unfortunately exclude a growing category, seemingly giving organic produce items the cold shoulder. Rarely, or not at all, are organic items ever massively displayed in the entrance position. And that's where opportunities are at the highest point for product exposure, and the best location to increase organic produce growth. 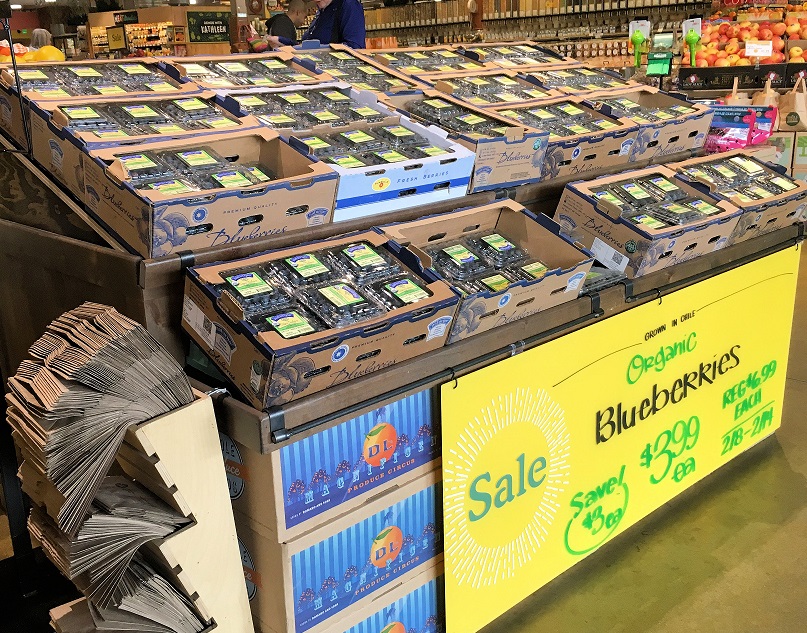 The second-best location for organic produce exposure is on an end cap. This location can easily increase impulse purchases of organic items up to 25 percent. Whether the items are advertised or not, close to 30 percent of unplanned purchases are experienced by shoppers on endcap displays. 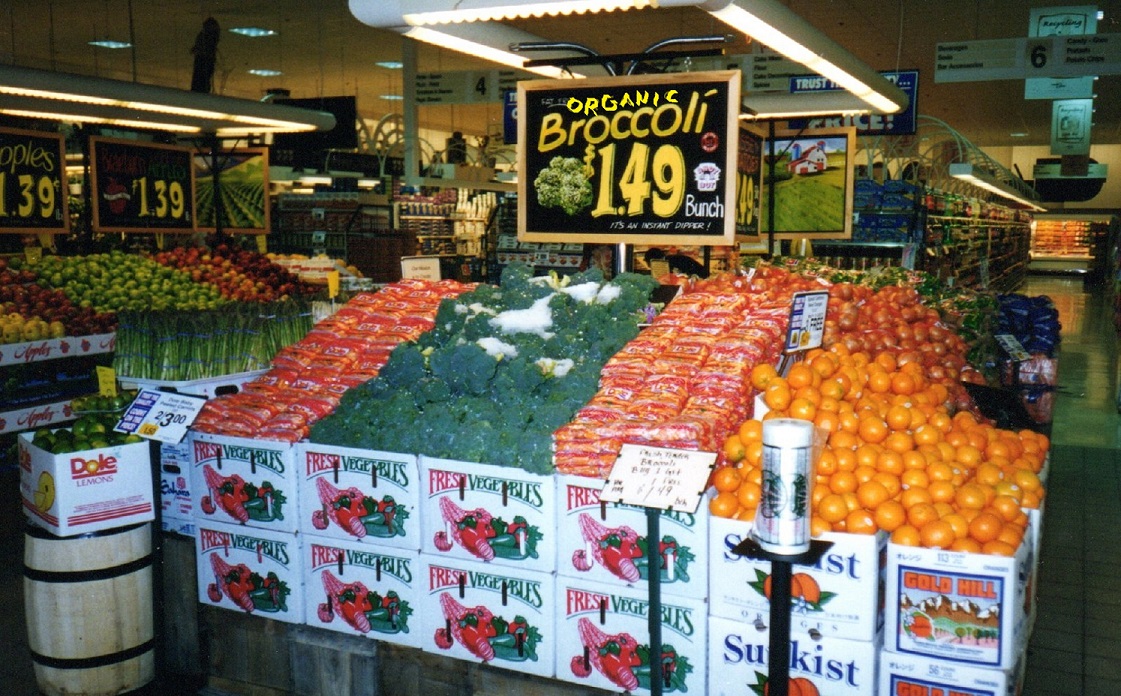 A third location for generating organic sales is an auxiliary stand-alone floor display. It does not need to be as large but should have an attractive visual appearance to draw shoppers over to it. The display could be set up using some wooden crates, a bin, or a small fixture. Organic broccoli, tomatoes, bagged potatoes, bagged onions, etc. would give organic produce exposure and enhance sales immediately. 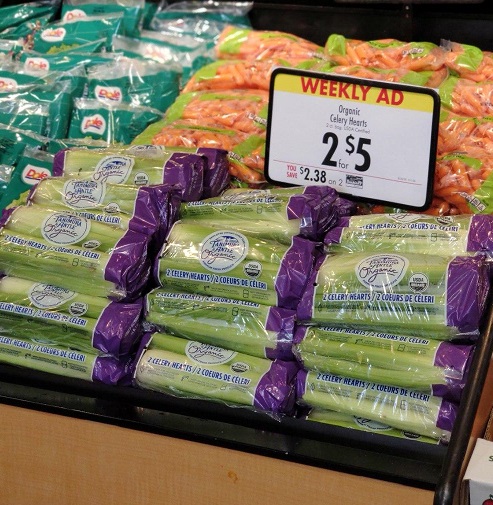 Jeff Tomassetti, produce / floral director for Buehler's in Wooster, Ohio believes in secondary organic produce displays and has had great success with them.

Jeff shared his success, "We run two to three organic items each week in our ad, and we instruct our produce team to merchandise those items as they would conventional items. For instance, we had local organic tomatoes, and the stores were told to build a wing display by the mobile salad cooler, which also had Organic Girl salads promoted as an unadvertised special. Those two items brought in thousands of dollars worth of sales,” he said. “We always try to build a secondary display of our organic ad features, and we want to put them in our number one and two mass area or end cap to help make awareness of the category and drive organic sales." 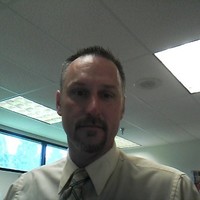 We can talk until we're exhausted about organic pricing, advertising, availability, variety, integrated, segregated, and other impediments that keep us from getting past that 10 percent share of total produce.

At the end of the day, it comes down to the one simple component within the operating structure that will boost sales percentage share the most — "merchandising."

Simply keeping an organic section stocked and doing nothing else will just keep on equalizing the sales. It's not about stocking; it is about merchandising smarter at the store level.

Organic sales can double and triple just by the way you merchandise the product. And the very best way to do that is to give it full exposure out in the open on secondary displays. The results are guaranteed.

Organic tomatoes have been in relative short supply this summer, resulting in higher f.o.b. prices. As we head into Labor Day weekend, industry experts weigh in on the shortages, projections and recent trends.

Woodspur Organic Date Farms is the largest multi-site organic date grower in the United States. Ninety-five percent of Woodspur's acreage is certified organic, with the remaining 5 percent in transition, and the grower harvests about 16 million pounds of dates to be sold as whole fruit per year.

The Organic Certification Cost Share Program is an important tool that offsets the cost of organic certification, helping small and mid-sized organic farm businesses to become certified organic. FSA plans to lower the rate from 75 percent to 50 percent of eligible expenses. On the heels of the proposed change, last week Congressman Jimmy Panetta (D-Carmel Valley) joined House Agriculture Subcommittee Chairwoman Stacey E. Plaskett (D-Virgin Islands) and several of his colleagues in sending a bipartisan letter to Agriculture Secretary Sonny Perdue, expressing strong concern of the reduction of the OCCSP.