Founded in Rockingham, Virginia in 1990 as a small outdoor herb farm, Shenandoah Growers has since become a major national company that sells a wide variety of organic herbs, lettuces, and stir-in purees under the brand name “That’s Tasty.”

Shenandoah was the first company in the US to offer a full range of USDA-certified-organic potted living herbs on a broad scale, and its products are currently distributed in all 50 states as well as Canada. While it started out as a field-based growing operation, Shenandoah now grows most of its herbs and lettuces indoors under LED lights in six certified organic BioFarms in Virginia, Georgia, Texas, and Indiana. 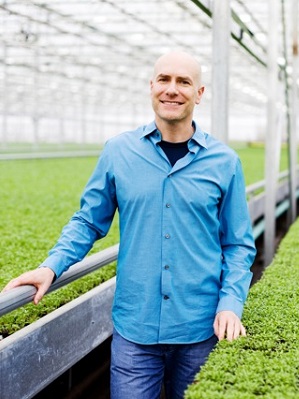 Shenandoah’s current CEO Tim Heydon first became involved in the business in 1997 when he was getting his MBA at James Madison University. As part of a school project, Heydon and his student team helped Shenandoah founder Mike Sarco write a business plan for the company.

Not long after Heydon graduated from his MBA program, Sarco decided he wanted to return to his prior job as an international ag consultant, so Heydon made a sweat equity deal for the business. “With a dedicated and eager team, along with a product mix of healthful greens, Shenandoah Growers provided an ideal fit for me to build a purpose-based company,” says Heydon. “I came in as CEO [in March of ’98] in a sweat equity deal and have been building the business ever since.”

When Heydon assumed leadership, Shenandoah had about 20 employees and just shy of $1 million in annual sales. “We were serving supermarkets with fresh cut culinary herbs, and we were doing field farming and some greenhouse farming,” says Heydon. “And what we were really focused on was … innovating our farming practices to better meet the needs of supermarkets. … They need product on the shelves 365, and when you’re dealing with a highly perishable product like fresh herbs, you worry if it rains too much or too little if you’re going to have enough supply. So … our team started to experiment with greenhouses, different types of control of greenhouses, [and] different growing techniques in order to get better control over the product.” 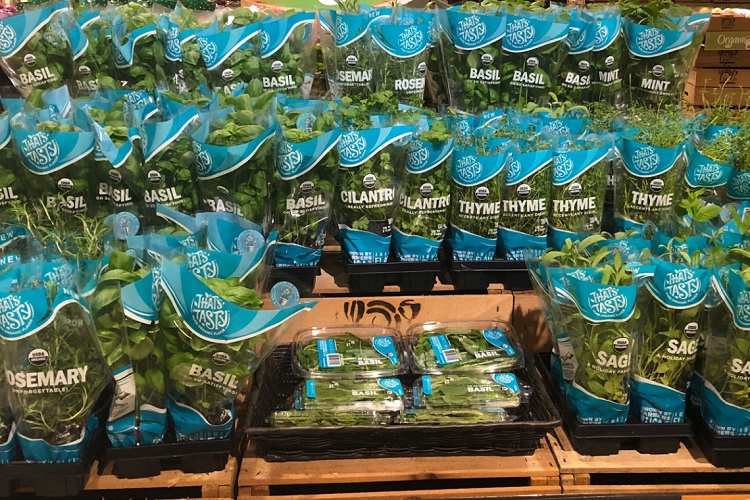 “And what we were really focused on was … innovating our farming practices to better meet the needs of supermarkets. … They need product on the shelves 365.." - Tim Heydon

As the years went on, Heydon and his team at Shenandoah also began learning about organic agriculture. “It was very clear to us that certified organic was increasing in importance,” says Heydon. “As we learned more about healthy food and the future of food, we became very philosophically aligned with organic and deep believers in USDA certified organic. So we made [the] decision that the production systems that we would develop would be USDA certified organic.”

Shenandoah received its organic certification in the mid-2000s and hasn’t looked back since. Over the years, it’s developed a proprietary soil mix that contains 5–10 ingredients, including organic coconut coir and perlite (the rest of the components are a trade secret). The blend is designed “to create the optimum conditions for life to thrive,” says Hedyon. “We want to encourage a lot of microbiological activity [and] defensive microorganisms for the plant, just as the plant has evolved in nature with microorganisms benefiting it, beneficial bacteria benefiting it. That helps crowd out harmful plant-borne problems like Fusarium and Botrytis.” 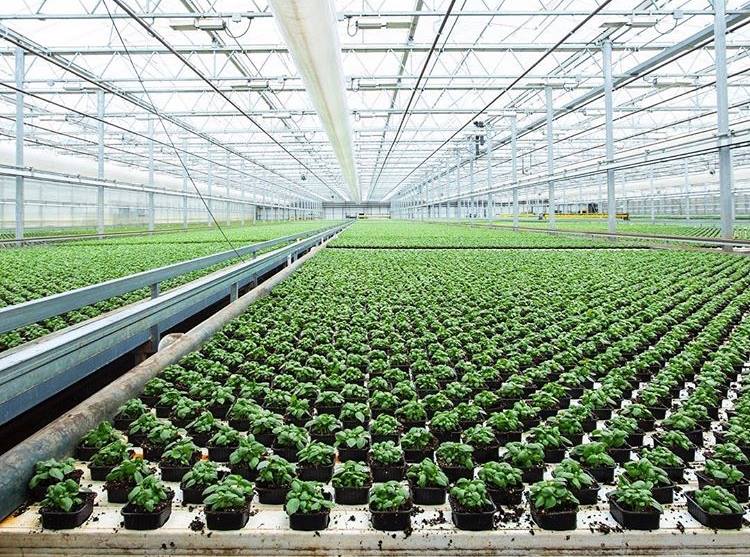 Around 2009, Shenandoah Growers began experimenting with the use of LED lights in its growing operation. “We were looking for a way to get higher yields through our greenhouse,” Heydon explains. “The highest mortality rates were in the earlier stages of production, and so what we found was if we grew a freshly germinated plant [in] an indoor room with LED lights where we could control the climate … we had a better yield and a better outcome and a better plant [than if we had put it in a greenhouse nursery].”

"As we learned more about healthy food and the future of food, we became very philosophically aligned with organic and deep believers in USDA certified organic." - Tim Heydon

Eventually, these positive results led Shenandoah to begin transitioning its entire growing operation to indoor LED-lit facilities. “That’s the future for Shenandoah growers,” says Heydon. “All the production systems we’re building now will be fully indoor, and the result is we can better control the characteristics of the plant, [and] we can get a higher yield and a more consistent, food-secure supply for our customers. It takes a lot of food miles out of the supply chain [because] we’re able to build these [growing] rooms in close proximity to supermarket distribution centers.” 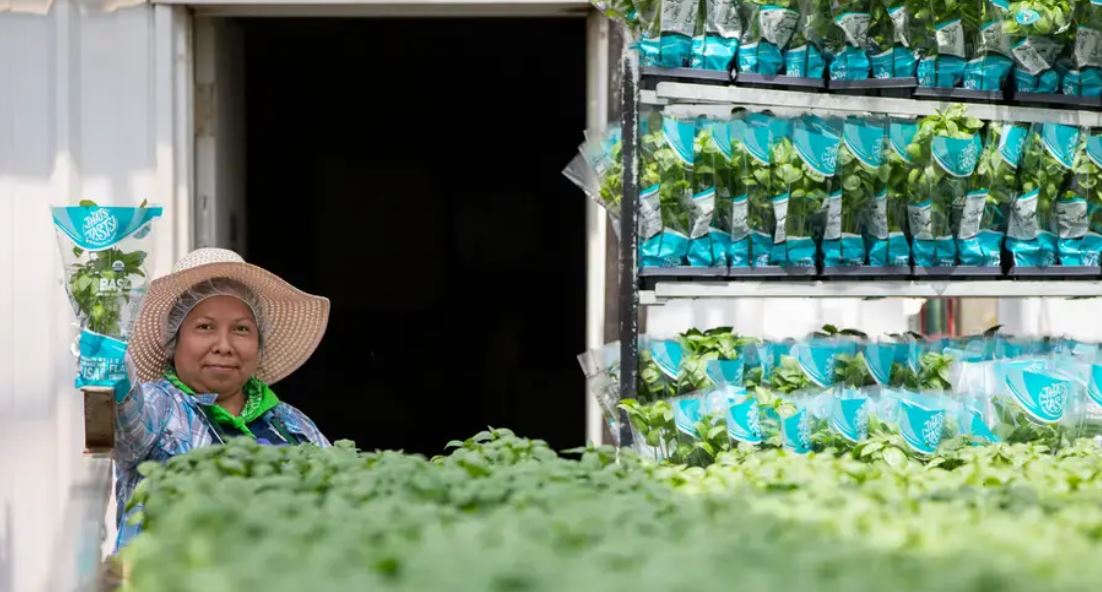 In addition to its proprietary soil mix and its LED lighting system, Shenandoah has a unique closed-loop fertigation system that produces water-soluble nitrogen. Since Shenadoah’s nitrogen production occurs within a closed system, it doesn’t create any nitrogen runoff and is highly water efficient. The company also saves water through intermittent fertigation, which it’s found to be very beneficial to plant health. “You only want to give the plant the minimum amount of water and nutrients that it needs, not more, because that way it fights for what it needs,” Heydon explains. “That leads to a stronger healthier plant.”

Shenandoah has experienced tremendous growth in the 22 years since Heydon became CEO, going from about $1 million in sales to $130 million and from about 20 employees to roughly 900. Heydon says he’s seen the demand for fresh herbs increase every year he’s been with the company and notes that it shows no sign of slowing down as fresh herbs are particularly popular among younger demographics. Basil is Shenandoah’s biggest seller (about 35 percent of sales), with cilantro, parsley, dill, and mint being the next most popular items. The company also sells a lot of sage, rosemary, and thyme during the winter holiday season. 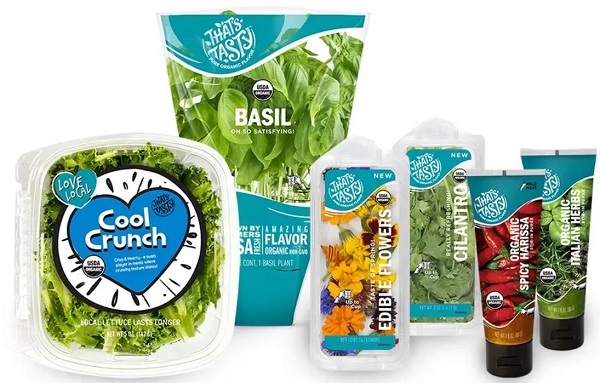 Going forward, Shenandoah plans to expand its product offerings and to continue building more indoor growing facilities throughout the country—a Seattle location is currently in the works. “We have such an enormously bright future for indoor organics,” says Heydon. “We really feel like we’re making a meaningful contribution to the food system, and that’s really what motivates us.”

Since diving into organics in 2007, Progressive Produce has built a substantial organic potato, onion, and yam program and become a recognized industry leader.