Founded in 1994 by Jack Hedin and his wife Jenni McHugh, Featherstone Farm is a major supplier of local organic vegetables to the Twin Cities and surrounding areas, and its produce is distributed throughout the Upper Midwest. Featherstone began as a small 5-acre operation in rural Winona, Minnesota and later relocated to nearby Rushford, where it currently has 225 acres under management. 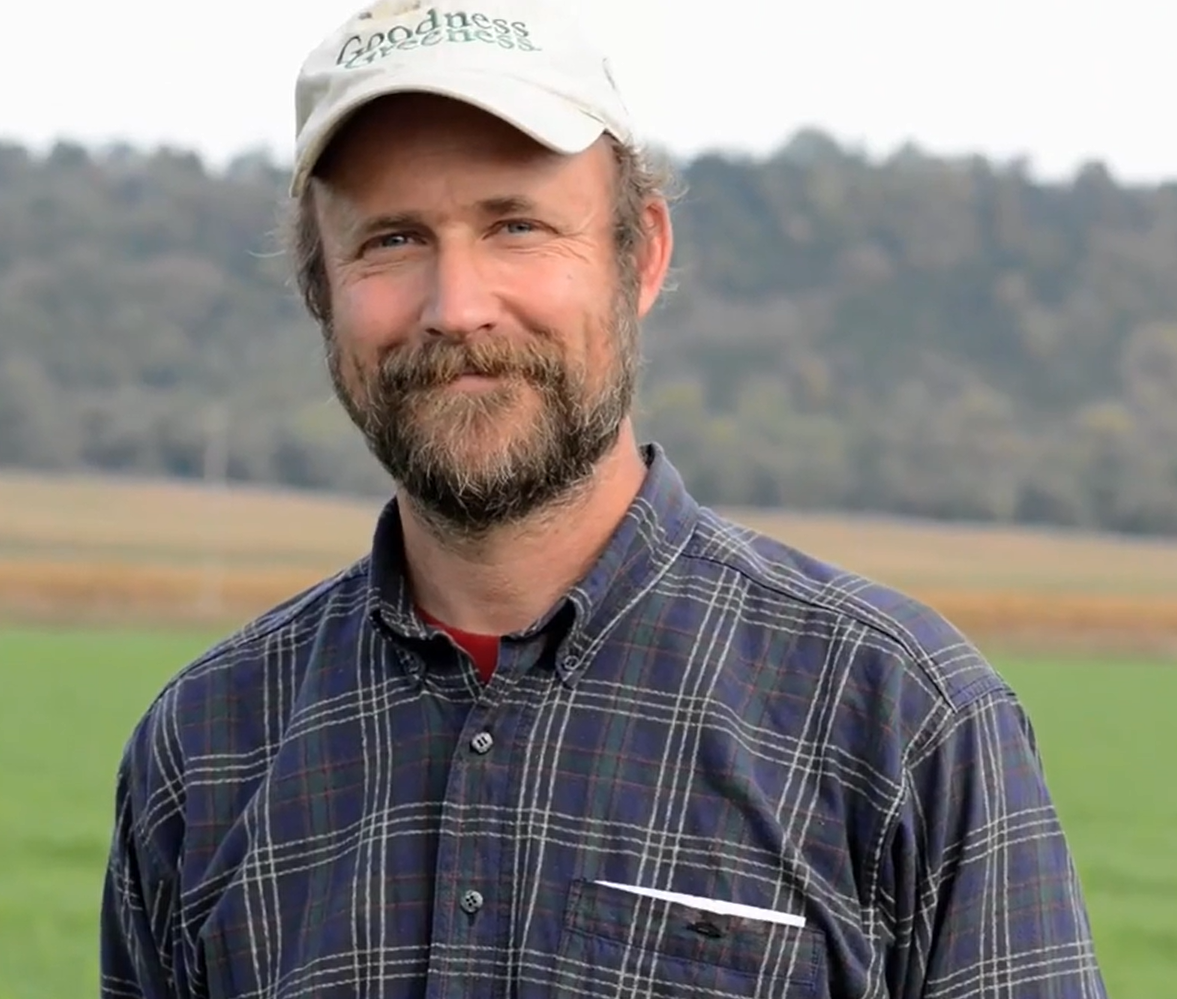 Hedin’s passion for organic farming started in college. “I got interested in the idea of growing food and agriculture from a cooking standpoint and also equally an environmental perspective,” says Hedin, who worked on his first farm in 1988 in Western Massachusetts during the summer before his senior year.

The following fall, he got a job at a natural foods store in New Haven, Connecticut and was working there during the time of the 1989 “Alar scare,” a nationwide panic that occurred after the NRDC released a study showing that Alar, an agrochemical used in conventional apple production, dramatically increased children’s risk of cancer.

After he graduated, Hedin and his then-girlfriend McHugh spent a number of years working on farms in the Mid-Atlantic region, California, and Wisconsin. 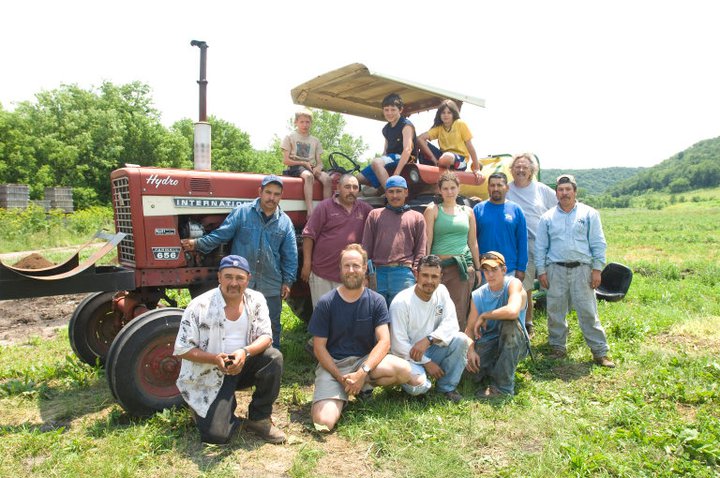 The team at Featherstone Farm

“I always had the idea of coming back to this area, to my roots in Southeast Minnesota,” says Hedin, whose great-grandfather Alexander Pierce Anderson had been a farmer in the region (Featherstone is named after the township where Anderson lived and farmed). So in 1992, Hedin and his wife decided to leave California, where they’d been working on Full Belly Farm, to relocate to Minnesota (though they continued to return to Full Belly during the winter season for several years).

“[We] came back here and found to our amazement that, to my mind, there’s an even healthier, more vital organic and independent-food-system mentality here in the Upper Midwest than there is in California in that Central Valley and the Bay Area,” says Hedin. “It’s even stronger here!”

In 1994, he and his wife, along with four other people, founded a land cooperative of over 400 acres in rural Winona, Minnesota. The pair began farming their first 5 acres on that property in 1995 and were certified organic two years later.

“We just happened to be in the right place at the right time,” says Hedin, referring to the market opportunities for organic produce in the region. “We fell in with Rick Christianson and the Wedge Co-op and the newly emerging Co-op Partners Warehouse [in the Twin Cities] early on—started selling to them [around 2002]. That was a huge boost to sell outside of our immediate rural and small city area down here in Southeast Minnesota.” 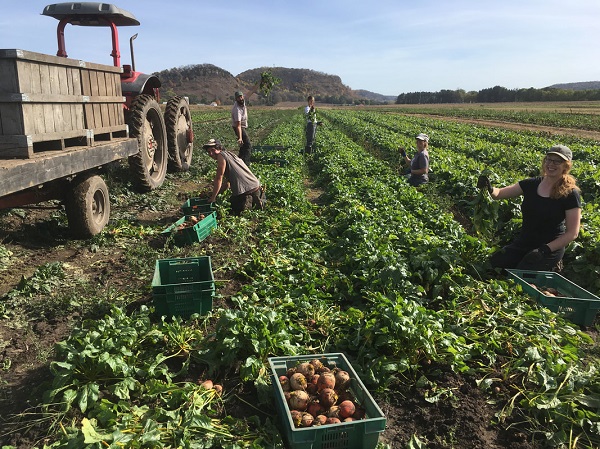 For the next 12–14 years, Featherstone experienced double-digit annual growth, with the demand for organics beginning to reach a fever pitch about two years after the financial crisis. “The organic food and fresh market business up in the Twin Cities just went from big to overwhelmingly huge—two Whole Foods stores to seven, and every co-op expanded or added another location or doubled their sales,” says Hedin. “And we kept responding to that demand and putting in another acre or another crop or another greenhouse or another tractor or five more employees.”

"...there’s an even healthier, more vital organic and independent-food-system mentality here in the Upper Midwest than there is in California in that Central Valley and the Bay Area. It’s even stronger here!” -Jack Hedin

Featherstone is currently located in Rushford, a very fertile area not far from the farm’s original location in Winona. Hedin began leasing land there around 2003 and then moved all farming operations to that area after flooding devastated his Winona location in 2007. Featherstone now has 225 acres under management and farms about 140 of them. Though it grows upwards of 30 crop types, its major ones are storage carrots, cabbage, winter squash, kale, broccoli, bell peppers, parsley, and cherry tomatoes.

For Hedin, like many diehard organic farmers, soil health is the key to successful farming. His land in Rushford has a rich alluvial topsoil that he says is the best of all the farms he’s ever worked on. He pays close attention to soil microchemistry and microbiology, which he explains is “the foundation for healthier, more disease-resistant crops.” Through soil testing, manure and compost applications, cover cropping, and the addition of multiple micro-amendments (sulfur is one of Hedin’s favorites), Featherstone maintains exceptional soil fertility.

Moisture-related disease is by far Featherstone’s biggest challenge—and it’s something that’s become exacerbated by climate change. “When I grew up … you’d get wet periods; you’d get even heavy rains at times, but … then you’d get this big north wind/Canadian high pressure that would come in and in a matter of six hours really tamp down the crop disease vectors,” Hedin explains. “Yes, we’re getting way more rain—and that’s bad, especially an acute rain—but it’s the chronic moisture and the absence of drying conditions that I think is this totally hidden story of disrupted climate in the Upper Midwest.” 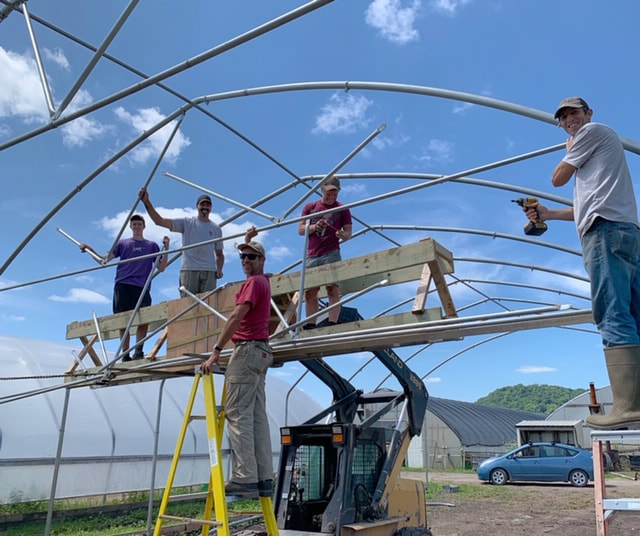 To tackle this problem, Hedin uses black plastic mulch to help regulate his crops’ exposure to soil moisture (and to ensure that he can plant at regular intervals). He’s also recently begun experimenting with high tunnels—something he plans to expand once he’s developed a solid growing system. If the tunnels prove successful, he reasons that he’ll be able to dramatically reduce his usage of black plastic because high-tunnel growing is generally at least four times as productive as field cultivation.

“Yes, we’re getting way more rain—and that’s bad, especially an acute rain—but it’s the chronic moisture and the absence of drying conditions that I think is this totally hidden story of disrupted climate in the Upper Midwest.” -Jack Hedin

Hedin says that aside from the recent coronavirus-related surge (Featherstone currently has a long waiting list for its summer CSA), the market for organic vegetables in his distribution area has reached a saturation point over the last several years, which, after so many seasons of taking on more than the farm could handle, is almost a welcome relief.

“I now see double-digit growth as truly a double-edged sword,” he explains. “The bottom line is sometimes I just cannot believe how fortunate [we are] that we survived all the mistakes and the overreach and the dumb stuff for the first 15 years. … By limiting our growth and being more focused and better managed and just smarter, wiser, more humble, we are now just in a really good spot.”

Organic pears seem to be increasing in popularity and volume in 2020.  Some growers have noted that pears are peaking at smaller sizes, but with Covid-19, the best promotions will be bagged product that generally include the smaller fruit.

Brothers Produce experienced firsthand the impact that Covid-19 has had on the foodservice industry. Company CEO Brent Erenwert , however, has dealt with the challenge head-on, and has launched a pair of new services, including a co-op program and home delivery.