Over the last decade or so, turmeric has been increasing in popularity in the West largely due to its health benefits. Widely recognized as a superfood, turmeric has potent anti-inflammatory effects as well as significant antioxidant, antiviral, antifungal, and antibacterial properties. Its health applications include arthritis, diabetes, hypertension, high cholesterol, depression, and skin ailments, among many others.

While its market value is much smaller than that of its sister rhizome ginger, turmeric is still a crop to watch. It is forecast to reach $248 million in sales by 2021 with a compound annual growth rate of 6.4 percent, according to a Technavio research report. 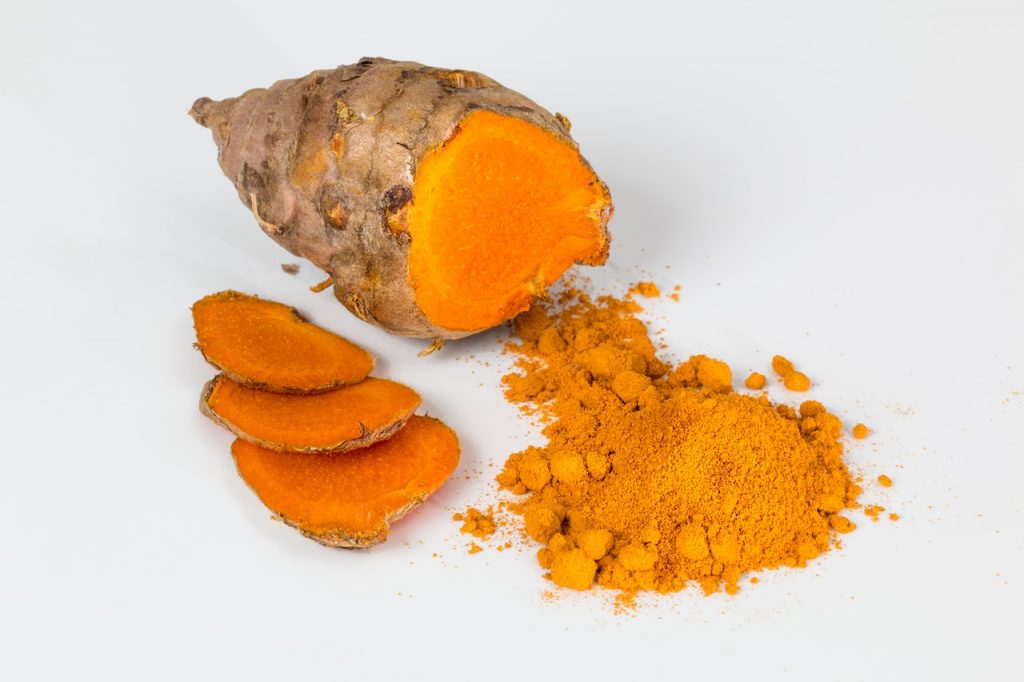 Consumption of fresh organic turmeric has been rising in the US, with much of the product coming from Hawaii. Some fresh turmeric is also imported, but the list of approved origin countries is currently quite limited, and significant producers like India and Peru are not allowed to ship the fresh rhizome to the US (their powder is permitted, however).

Veritable Vegetable sources its organic turmeric exclusively from Hawaii, primarily from Kauai but sometimes also from the Big Island, and it sold about 21,000 pounds last year. Qiana Cameron, Veritable Vegetable’s turmeric buyer, says she’s noticed an uptick in demand for the rhizome, which she attributes to it being used more often by juicers for its medicinal properties. She says that as turmeric has become more well-known, people are also starting to cook with it more frequently.

Organically Grown Company moves about 1,000 pounds of fresh organic turmeric a week, selling primarily to co-ops, natural food stores, and restaurants. It sources the rhizome mostly from Hawaii but also has some product from Oregon and California. “Turmeric users are enthusiastic about the health benefits along with the culinary applications,” says Organically Grown’s turmeric buyer Don Mayfield. 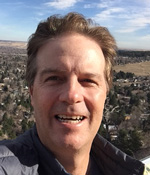 Mayfield says fresh organic turmeric prices went up a bit this year due to shipping costs and general costs of doing business. Veritable Vegetable’s Cameron says she also saw a bit of a price increase this year, adding that she believes a bigger jump in the price has been restrained by the fact that more farmers are now growing the crop.

Andy Martin, president of A&A Organic Farms, has been distributing organic fresh turmeric since 2012. “It’s become a very popular item in recent years, and we have a really good supply and good movement on it,” he says. Martin sourced his organic turmeric from Hawaii for the first four years before partnering with Watsonville-based Whiskey Hill Farms in 2016. He has occasionally brought in organic turmeric from Jamaica and Fiji as a gap source, but he says the quality isn’t the same—the Jamaican product is less cultivated, giving it a “ratty” appearance, and the Fijian turmeric is quite small. 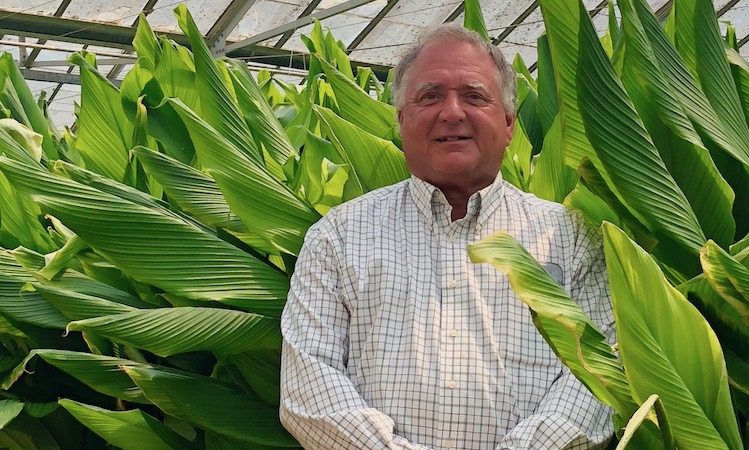 Whiskey Hill Farms owner David Blume bought his Watsonville property six years ago. It came with five acres of glass greenhouses, so for him, the choice to grow organic turmeric was a no-brainer: “I had to ask myself, well, what do I really have here? I have a surplus of heat because I have greenhouses. … What would I want to grow with that surplus of heat? And given the meteoric rise of interest in turmeric, I investigated it and decided that was the best crop for me to grow.”

Blume grows Curcuma aromatica, a different variety of turmeric than the Curcuma longa that most people are familiar with. “This is the variety that cooks in India prefer for fresh cooking,” he explains. “And we thought that since we’re selling it fresh, we oughta sell the variety that a billion people think is best.”

The largest turmeric grower in North America, Whiskey Hill Farms yields about 150 tons per year and distributes the product as far as the East Coast. Blume grows his organic turmeric both in greenhouses and outside, and he’s currently in the process of implementing a year-round program by scheduling different plantings. A&A’s Martin says Hawaiian growers are also starting to do multiple plantings in an attempt to provide organic turmeric throughout the year (usually there’s a gap in supply for the Hawaiian product from late August through October). 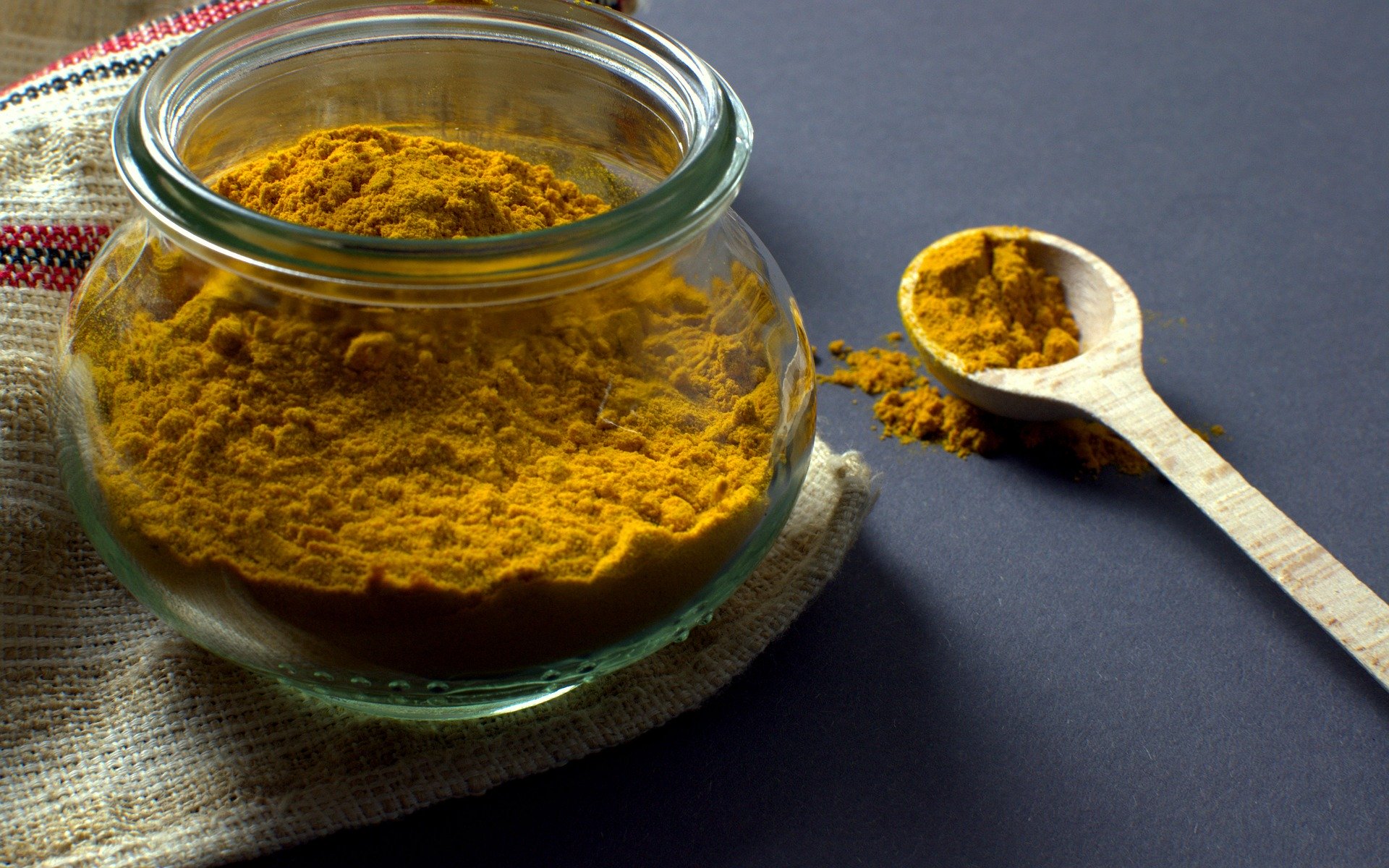 When it comes to dried turmeric powder, organic is particularly popular compared to conventional because organic certification standards mean it is less likely to suffer from quality issues. In recent years, there have been reports of lead chromate, a carcinogenic and neurotoxic substance, being added to conventional turmeric to enhance its color. Organic turmeric also guarantees a reliable level of curcumin, one of the rhizome’s most healthful compounds. According to Manjunath Reddy, a food analyst at Technavio, “Certified organic turmeric, which cannot be legally tampered with, will always have the full amount of curcumin, usually between 3%-5%.”

“In the case of turmeric, all the food supplements and spices companies outside India prefer organic,” says Ramesh Senthil, Executive Director of Grenera Nutrients, a health food manufacturer and distributor based in Tamil Nadu, India (Turmeric is native to India, and India is by far the world’s largest turmeric producer). Recently, Senthil has observed a lot of new organic turmeric growers coming online, which has been putting some downward pressure on the price. Still, he thinks turmeric has “massive growth potential” given that, in his estimation, only about 2 percent of the population currently consumes it.

A&A Organic Farms’ Martin also sees the potential for continued growth in demand—both for the fresh rhizome and the powder—because of the increased interest in natural health treatments. “I think that the medicinal purposes of turmeric are being more known by the general public, and they’re seeing the results of it—it’s a great anti-inflammatory,” he says. “People are taking a natural approach to curing their problems. … So I believe that’s really why you’re seeing the explosion in demand if you will. … It’s in an awful lot of the fresh juices that you’ll see on a supermarket shelf. … They’ve got [the capsules] in Costco; they’ve got them in CVS—they’re all over.”