“The motivation to work with bananas specifically as a product was [to try] to find a way to shift the narrative in the banana industry, which has a really egregious history,” says Angelica Hicks, the banana category lead at Oke USA Fruit Company, the produce-importing arm of Equal Exchange. “The low price of bananas betrays over a century of labor and human rights abuses, environmental degradation, and political and military interventions. … [Equal Exchange wanted] to shift the power dynamic so that small-farmer cooperatives are directly accessing the market and able to negotiate for the prices and the logistics that they need.” 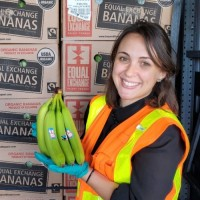 At the outset of the program, Equal Exchange faced an uphill battle. Not only are bananas logistically challenging, but they are also an ubiquitous loss leader in grocery stores. “There’s a real disconnect between what it costs … [to produce] bananas and how people perceive them on a retail level as a product that’s always cheap,” says Hicks. “It’s a really difficult product to grow; it’s really difficult to ship; it’s highly perishable; it takes experts just to ripen it to the right color; and then we’re selling it cheaper than any other product at the store.”

Yet with the help of Equal Exchange’s brand recognition and the steadfast support of a handful of distributors and many, many retail stores (chief among them co-ops), Equal Exchange’s banana program has become a success. While it didn’t initially earn a profit, it didn’t lose any money either, and the program has since become profitable. In 2019, sales showed strong growth with an increase of 36 percent from the previous year. 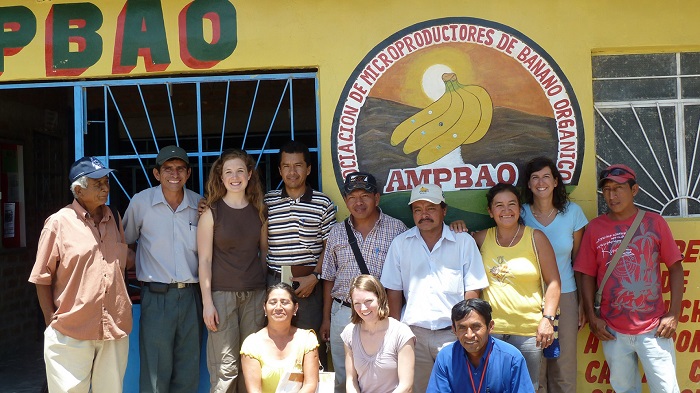 Since starting the program, Equal Exchange has added two more small-farmer cooperatives, CEPIBO and APOQ, both of which are located in Peru. Between these Peruvian co-ops and the Ecuadorian co-op (AsoGuabo), there are 1,053 banana farmers, all of whom own small parcels of land ranging in size from about 1 to 37 acres. Each year, Equal Exchange and the co-ops agree on a fixed price per case and a weekly volume range for the year ahead, helping buffer the farmers from fluctuating market conditions.

The cooperative structure of CEPIBO, APOQ, and AsoGuabo means that banana farmers have a direct voice in their business, which helps ensure they are treated fairly. “I’ve worked with different banana companies, but the truth is, none of them were like AsoGuabo,” says Anita Avilés Illesca, a banana farmer who has been a member of the AsoGuabo co-op for more than 20 years. “It protects us not only in the economic aspects but also environmentally and socially.”

Currently, Equal Exchange’s banana program imports, on average, 8-10 containers per week—well over half a million organic bananas—and has a distribution area that includes the East Coast, the Upper Midwest, and, most recently, California. 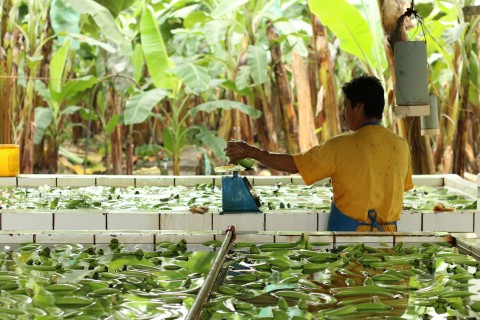 Breaking into the California market was a major achievement for the company. Since 2016, Equal Exchange has been working with Earl’s Organic Produce to import fairly traded organic avocados from Mexico. This relationship opened the door for Equal Exchange to start bringing its bananas to the West Coast in late 2018. The bananas travel by boat from the Pacific coastal city of Machala, Ecuador to Port Hueneme, CA, a major produce import hub. (Fun fact: Bananas are actually the top produce import to Port Hueneme—and one of the top imports overall— and the city hosts an annual Banana Festival.)

“It was a huge leap for both Equal Exchange and for Earl’s to start [a new fair trade banana program] in California because it’s a totally new supply chain, totally new shipping route, totally new market,” says Hicks. “Starting a new organic fair trade bananas business anywhere is really difficult and really unusual.” Yet so far, says Hicks, the program has been going really well, thanks to the support of retailers and consumers in Northern California. “It’s just exciting to be able to connect a whole new region of people directly to small farmers producing bananas,” she says. “And it’s very exciting for the small producer groups as well to be able to break into a new market.”

Consumer education is a major focus of Equal Exchange’s banana program. The company works directly with retailers to help them foster awareness about the banana industry and fair trade. Because fair trade bananas are typically priced more highly than non-fair trade bananas, it’s critical that consumers understand the price suppression that takes place in the mainstream banana market. “We really want people to think about if this product is so cheap, what does that mean for the people who are producing the product?” says Hicks. 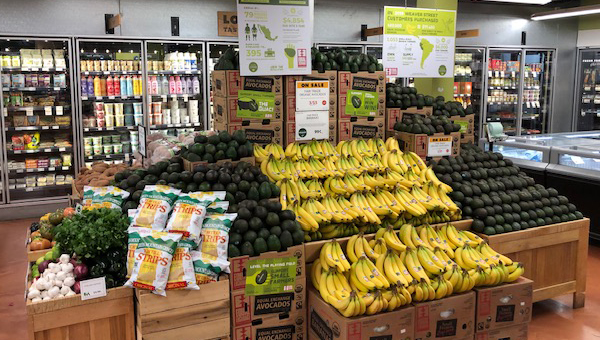 March is Equal Exchange Banana Month, and every year during that time, the company creates blog posts, videos, interviews with producers, and webinars to talk about the banana industry. Last year, they opened up a call for submissions for their first-ever Banana Zine, which they then published in April. The zine features writing and artwork from people at all levels of the banana supply chain—from the producer to the consumer and everyone in between.

“In produce it’s incredibly rare to ever reach out to the consumer beyond the tiny label on your piece of fruit,” says Emily Gove, a sales strategist at Oke USA. “And so a lot of consumers ended up reading the zine. … It’s something that’s out of the ordinary.”

Hicks says she’s observed that consumers are actually very interested in learning about bananas and the food supply chain in general. “We find that people are fascinated and don’t have very much access to information in terms of where their food comes from,” she says. “So it’s not a matter of the interest not being there; it’s a matter of all of us working together to make sure that people can actually access the information and engage directly with it."

Over the last decade or so, turmeric has been increasing in popularity in the West largely due to its health benefits. Widely recognized as a superfood, turmeric has potent anti-inflammatory effects as well as significant antioxidant, antiviral, antifungal, and antibacterial properties.