Probably one of the principal challenges of organic produce on the front lines has to do with retail pricing. Many shoppers still ask, "Why does organic produce cost so much more than regular produce?" 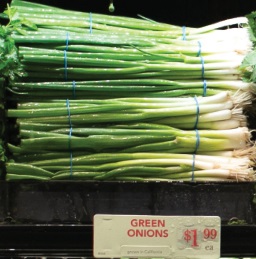 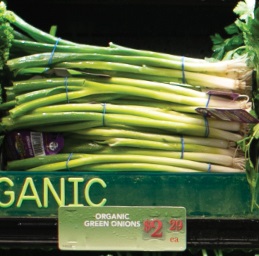 In the interest of organic versus conventional pricing, I took to the streets and made price checks at six major supermarket banners. I covered the top 15 most popular produce items and compared the variations.

Here are the results from each grocery chain, which are identified only as Stores A,B,C,D,E, and F.

The total average of all stores combined revealed that organic produce was priced 47.7% higher than conventional produce.

Some of the high-profile organic items checked showed a wide range of retail prices. Here are a few examples of organic prices that were compared with conventional price variations:

Consumers have several preferences when choosing produce items. One of their top concerns when shopping is retail prices. Organic produce falls right into that decision-making factor.

The items listed above make up a major portion of volume sales in the organic produce category. Peppers, lettuce, and tomatoes generate a significant amount of the organic produce sales. Each of these, along with other organic items, must be treated differently on the farms during growing periods.

There are strict national standards that organic produce growers must follow. Producing organic crops is very labor-intensive. Only natural materials (with some exceptions) can be used to fight off pests, and weeding can be a huge chore and take many work hours to accomplish. There is also a certain amount of product loss due to the sensitivity of the product. This all adds to the costs for growers.

Consumers have several preferences when choosing produce items. One of their top concerns when shopping is retail prices. Organic produce falls right into that decision-making factor.

Ben Josephson, director of sales for Wada Farms in Idaho Falls, ID, explained, "A lot of the price differences are [due to] the cost [of] growing organic potatoes and growing them on a smaller scale. There are also more costs with having a certified organic shed and [the] risk of losing your crop in storage. With conventional, you can apply modern-day storage chemicals to preserve them. With organics, once they start going,you cannot slow them down. The other factor is finding land that is certified organic."

To sum it up, pricing is never an easy practice at the retail level. However, it is a major ingredient in generating revenue. Inadequate retails will pare down profit. Because of the higher cost of producing organic fruits and vegetables, the retails at the store level are justified. Although many consumers are aware of this, we must work towards educating those who are not.

Chris Miller is produce director and meat and seafood coordinator at MOM’s Organic Market, a natural foods retailer headquartered in Rockville, Maryland. Featuring an organic-only produce department, MOM’s mission is “to protect and restore the environment.” Over the last decade, the Mid-Atlantic chain has grown from 5 stores to 20, and it is currently in the process of opening its 21st location in Dobbs Ferry, New York. Chris joined OPN for a chat about MOM’s rigorous sourcing standards, what it was like to experience the COVID-related retail surge, and more.

As the fall organic citrus harvest begins, producers anticipate high demand and an uptick in consumer purchasing of value-added bagged citrus due to COVID-19. Representatives from Homegrown Organic Farms, Limoneira, and Morning Kiss Organic weigh in on the current state of organic fall citrus.

In her eight years as the deputy administrator of the NOP, Dr. Jenny Tucker has focused on strengthening organic rule enforcement and building relationships with various USDA agencies to protect the integrity of the organic brand. OPN had the opportunity to talk to Dr. Tucker about the state of organic agriculture in the US and her upcoming keynote address at the sixth annual Organic & Non-GMO Forum.