Ralph’s Greenhouse is a vegetable farm of about 250 acres located on a river delta in the Skagit Valley just west of Mount Vernon, Washington. The farm’s unique location gives it a temperate microclimate that, along with a sandy loam soil, is perfect for growing leeks, carrots, beets, chard, kale, cabbage, fennel, and other cool-weather crops.

Ray de Vries, the current owner of Ralph’s Greenhouse, never intended to go into farming. “This was my dad’s idea,” he says. His father, Ralph de Vries, spent most of his life as a dairy farmer, first in Holland and later in California and Washington. When he retired from dairy farming in 1980, he started a garden as a hobby.

“Pretty soon, there was more than my mom and him could eat,” Ray recalls. “So my mom said, ‘Hey Ralph, go out to the food co-op—they’re starting a food co-op over there—you go see if they want to buy your stuff.’ And so he sold them his stuff.”

It wasn’t long before Ralph decided he needed a greenhouse, so he asked Ray, who was working in construction at the time, to build him one. Ray built him a nearly 800-square-foot solar-heated structure, and Ralph started experimenting with growing in it, trying out various crops.

One day, Ralph decided he’d go to Produce Row in Seattle to do a little market research. “He walked down the row … and said, ’What do you guys need?’ recalls Ray. “And somebody said, ‘Why don’t you grow us some leeks?’ And he said, ‘Well, okay, we can do that.’”

So for the next few years, Ralph grew leeks to sell on Produce Row and elsewhere, and Ray helped him out when he could, becoming a part-time salesperson of sorts. By 1988, the demand for his leeks had grown considerably, so Ralph asked Ray if he would officially join the business. Ready for a change from his construction job, Ray agreed to work with his father for five years. However, due to some severe weather events that caused significant crop loss during his early years on the farm, Ray’s plans changed.

“By the time my first three years were over, I was too broke to quit!” he says. “So I just kept farming. So here we are 32 years later—we’re still growing leeks and have expanded to a few other crops.” 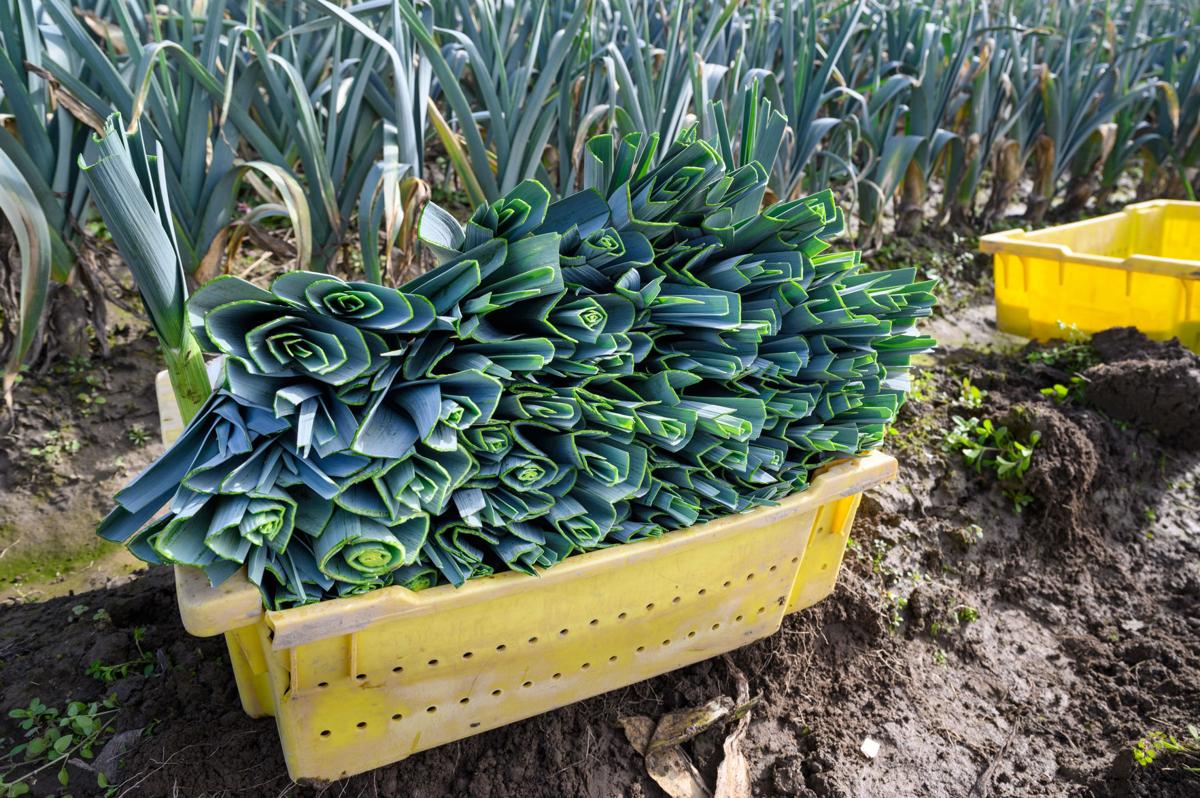 Ralph’s Greenhouse has always used organic growing methods because that’s how Ralph learned to farm in Holland. Farming without synthetic chemicals worked so well that neither Ralph nor Ray ever considered a conventional approach. Plus, says Ray, “We don’t have to worry about people getting contaminated. We don’t have to worry about pesticide residue and all this other crud.”

Ray still vividly remembers the day when Miles McEvoy, Washington State’s first organic inspector (and later, Deputy Administrator of the National Organic Program), showed up on the farm. “My dad and I are in the backyard washing leeks,” Ray recalls. “He says, ‘Hey I’m Miles McEvoy. Washington State Department of Agriculture is starting an organic program. You guys grow organic—you want to be part of it?’ And I looked at my dad, and my dad looked at me, and we said, ‘Yeah, we’ll do this.’”

Ray’s approach to farming is decidedly non-technical. “I’ve never taken an ag class in my life,” he says. “I don’t have this incredible bank of knowledge and don’t really have this interest in picking up all the ins and outs of what the science is behind the growing.” 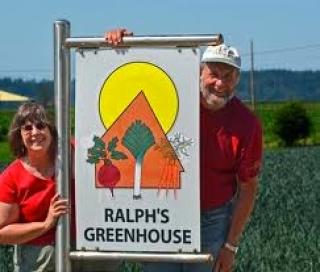 But while he may not have in-depth knowledge of the science of agriculture, Ray certainly has a set of growing strategies. To begin with, every time he acquires a new piece of acreage, he plants grass and then allows his neighbors’ dairy cows to graze on it. “The dairy farmer next door uses the grass; we get his manure, and it works pretty good,” he says. “Somewhere in the process there, the worms start coming back, and the microbes kind of figure things out again, and we keep dumping compost and manure on it and growing grass, and pretty soon, the soil’s kind of balanced again.”

In order to maintain a rich, healthy soil after his initial land conversion procedure, Ray rotates his crops, regularly applies compost and manure to his fields, and plants cover crops as often as he can. He says this approach has worked out very well when it comes to pest control. “If I farmed conventionally, I’d have to be a lot smarter because conventional farmers, they spray something on, [and] it kills all the bugs they want dead, but it also kills all the good bugs they want to keep alive,” he says. “It’s a lot simpler to put your manure and compost on and let your bugs take care of themselves.” 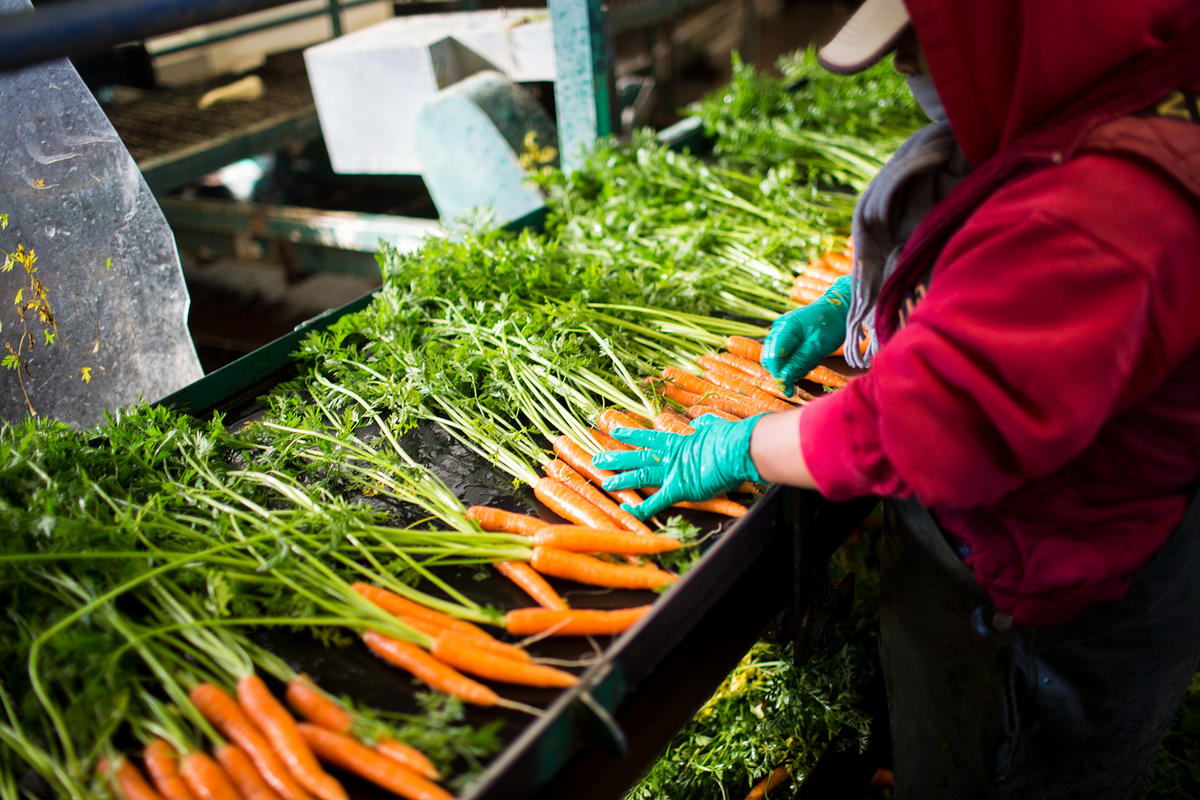 By the ‘90s, Ralph’s Greenhouse was well-known for its leeks, and they were being sold all over the US and Western Canada. However, as other organic leek growers started to come online, Ralph’s distribution area eventually became more regional, and it now sells primarily to wholesalers and retailers in the greater Northwest area (including San Francisco, Alberta, Canada, and Missoula, Montana). It also has some distribution to the East Coast via Whole Foods, a longtime customer.

Ray says he never would’ve thought Ralph’s Greenhouse would grow as much as it has. “I can remember getting to 10 acres and thinking we’ll never get bigger than this,” he says. “But the next year, it’s always been, ‘Ray, we’re going to need a little more next year. What can you do for us?’”

With about 250 acres today (approximately two-thirds of which are dedicated to leeks), Ray doesn’t have plans to add any more acreage for vegetable growing. However, he is on the brink of offering a new product—goat cheese. His son, who studied animal science in college, got a couple of goats about eight years ago, and Ray took a liking to them and now has a herd of 100.

Ray hopes his goat venture will help him have more year-round work for his employees, although so far he’s found that there’s little crossover between people interested in working with goats and those interested in working with vegetables. He also sees it as another avenue to sell his leeks. His cheesemaker, Matt Hettlinger, has already created some experimental batches of leek goat cheese (similar to a garlic or chive chevre). When it comes to encouraging leek consumption, Ray likes to say, “All we ask is three times a day—breakfast, lunch, and dinner!”

Where Food Comes From, Inc. was originally founded as IMI Global in 1995 with a focus around traceability in the livestock industry. The company acquired two organic certification companies with long, rich histories and now continues to offer organic growers a streamlined certification process.

Can Organic Vegetables be Farmed Without Tilling? A Group of Farmers is Aiming to Try

Tilling the soil has been used for thousands of years to prepare for planting, controlling weeds, removing plant residues, and loosening compacted surface soil. While tillage can be a critical component in a successful and profitable organic farm, minimizing soil disturbance can lead to other benefits. These include a decrease in carbon dioxide and greenhouse gas emissions, less reliance on farm machinery and equipment, and an overall reduction in fuel and labor costs.

3. New App to Offer Caribbean Organic Produce to US Consumers

Can Organic Vegetables be Farmed Without Tilling? A Group of Farmers is Aiming to Try