In Their Words: GrubMarket's Mike Xu

Mike Xu is the founder and CEO of GrubMarket, a company he started in 2014 to connect consumers more directly to fresh produce and other healthy food items. His goal was to leverage e-commerce to shorten the food supply chain to get better prices for both consumers and producers.

GrubMarket currently serves B2C customers across California through its online farmers market, and it has also developed a significant B2B operation that supplies restaurants and grocery stores, including Whole Foods. Over the past two years, the company has acquired several wholesale businesses (So Cal Farm Network, Chasin Foods, VIP Wholesale, Golden Greek Fresh, and Happy Farm Produce), leading it to become a major natural and organic foods wholesaler in California.

OPN recently caught up with Xu to learn more about GrubMarket and its role in the organic produce industry. 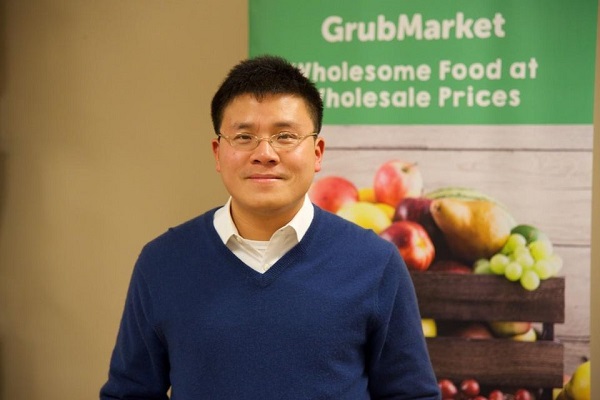 Why did you start GrubMarket? What was your founding vision for the company? Has that vision changed at all over the years?

My founding vision for the company was to use software technology, including e-commerce, to help shorten the food supply chain to connect food producers to the end customer. We want to build up strong local e-commerce networks to facilitate the promotion of eating local and consuming organic produce and other organic food.

What led you to be interested in farming and organic food?

I grew up in a rural farming area of China where they grew rice and all kinds of green veggies. They mostly used traditional farming methods because the area is very deep in the mountains. And when I was in graduate school (for computer science and genetics), the University of Wisconsin-Madison actually rented land for us students to do farming in our spare time, and I really enjoyed it. I actually did pretty well in terms of production, and we used no pesticides or chemical fertilizers. I really enjoyed this kind of natural, local growing. And I just feel organic is the best food to eat because it doesn’t have any contamination from chemicals. 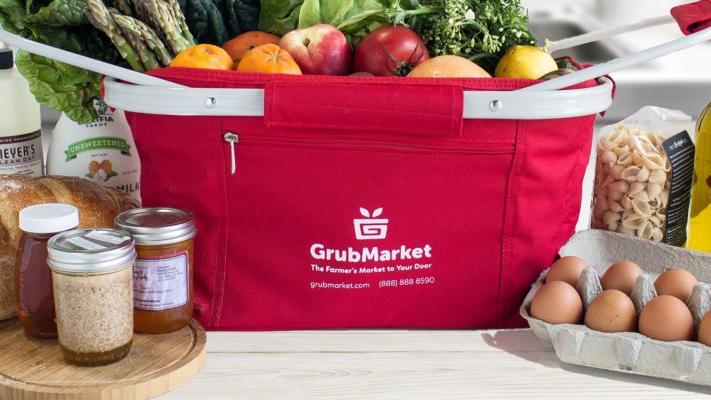 GrubMarket buys directly from farms and then sells to customers

Has produce been central to GrubMarket from the very beginning?

When we first started GrubMarket, we actually tried selling a few kinds of foods, including cookies and pantry items. At the beginning, we were very small; nobody looked at our website. We only took off once we started to sell produce. We actually started getting popular when we started selling organic California-grown cherries. In 2014, organic cherries at Whole Foods were around $8-10 a pound, and we bought some from a farmer for way cheaper, and we sold them for $5-6 a pound—and we still made quite decent margin. So that kicked things off for us, and we got a lot of attention and a lot of customers. So produce has been central to GrubMarket from the very beginning. And it continues to be one of the top demand items.

What percentage of GrubMarket's produce is organic?

More than 85 percent of the produce we sell to consumers is organic. In recent years, there’s been a social movement of grow local and eat local, and that has definitely promoted the consumption of organic produce and built up a social consciousness about organic food. So there’s a strong demand right now from consumers for organic produce. 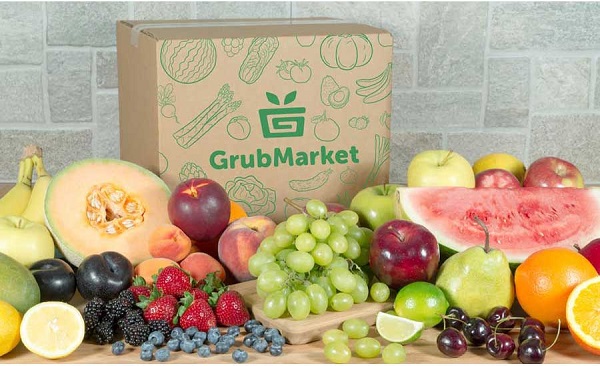 Can you talk about your GrubBox offerings? I noticed those are 100% organic. Why did you decide to only offer organic boxes?

It’s totally based on demand. We actually had a conventional produce box before but had almost zero customers for a while. And so we decided to drop that since the demand was very low. So we just stick with the organic produce box. You can order a one-time organic produce box or you can do a weekly, bi-weekly, or monthly subscription.

How does your B2C business model work?

It’s a resale model. We buy direct from farmers and then sell directly to the end customers. It’s like the Amazon model (not like the eBay model). We put the farmers’ products on the website to attract consumers, and then the consumers place orders, and we take the orders to the farmers and order from them.

Part of the reason you chose this business model is to offer optimal freshness, right?

What are GrubMarket's most popular B2C organic produce items?

Avocado is always our most consumed B2C organic produce item. We really like California-grown organic cherries. We like apples—we probably sell more than eight kinds of apples constantly. We sell a big variety of citrus, including navels and mandarins and Cara Cara oranges and all kinds of grapefruit and pomelo. And pomegranates are also a very popular item we sell when they are in season.

GrubMarket often offers short-term price specials for organic produce. Do you see large upticks in demand when you offer those?

Yes, always. We do pricing deals to attract consumers, and we also sometimes get deals from farmers, so sometimes the specials correspond to a deal.

When I started GrubMarket, I looked around at other e-commerce farm-to-table websites/platforms, and they’re actually very expensive. Sometimes they are even more expensive than Whole Foods. So for us, if we were to do the same thing, it would completely defeat our purpose—because our purpose is to shorten the food supply chain. We cut the middleman so that we get a better more affordable price for the consumer and also a better price for the farmer. So if our price would be at the Whole Foods level, it would be a complete failure for us—it would completely invalidate our business model.

Are customers pretty price sensitive when it comes to organic produce?

And on the B2B side, which is our restaurants and grocery stores, they’re even more price sensitive because they buy from us to make a living. 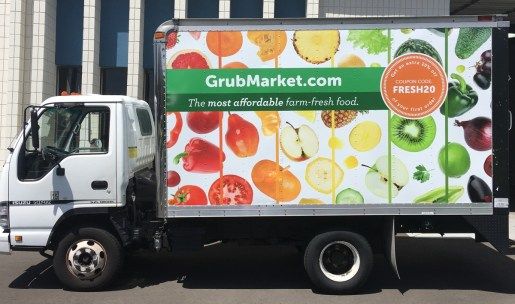 GrubMarket offers the 'most affordable farm-fresh food to customers'

You've recently acquired a bunch of wholesale companies. How do they fit into your business model? Do you use the wholesalers for the B2C part of your business?

What are GrubMarket's plans for the future?

We’ll continue focusing on improving the American food supply chain and also promoting and supporting the local food movement in the United States. We want to be continuously digitizing and e-commercizing the food supply chain industry—and we try to focus on doing this in a self-sustainable way, which means we focus on profitable growth.

Green Field Farms delivers the trifecta of leading consumer trends - organic, local, sustainable - with unparalleled authenticity grounded in the heritage and values of their faith. They shared their vision, mission, and the practices that set them apart at the first “Beyond Organic Forum”, held January 22 in Wilmot, OH.

Organic industry experts were recently invited to share their thoughts on organic produce trends for 2020, and while they were less enthusiastic about the word trend, the industry insiders had plenty to say about what excites and concerns them for the year ahead in produce.

In Their Words: GrubMarket's Mike Xu