The numbers on food waste are staggering: 40 percent of the food grown in the United States is discarded every year– over 63 million tons of food annually. The drain on natural resources associated with food waste is equally distressing:  2.6 percent of U.S. annual greenhouse gas emissions (the equivalent of 37 million cars), 21 percent of the water used in the U.S is for agricultural purposes. Overall, business losses attributed to food waste total an estimated $218 billion. 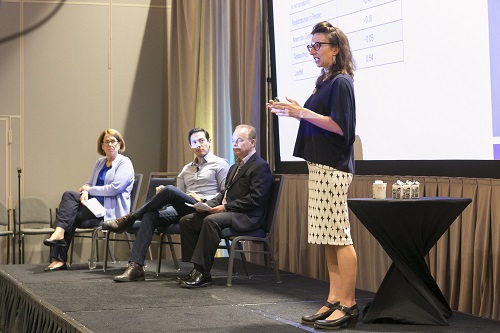 With numbers like that it’s no wonder the Organic Produce Summit chose to highlight the issue at this year’s conference in Monterey, CA.  Lisa Spicka, associate director for the Sustainable Food Trade Association (SFTA) outlined the numbers and the scope of the problem, while Carlos Rojas, vice president legal, risk and sustainability for Sprouts Farmers Market and  Ed O’Malley vice president of supply for Imperfect Produce, served up a little inspiration on the solution side.

Sprouts Farmers Market’s Food Rescue Program is an example of what can be accomplished when a business decides to take on a problem. In 2013, Sprouts started a program to partner with local food banks, donating produce that had passed its peak of retail value, but was still healthy and nutritious. 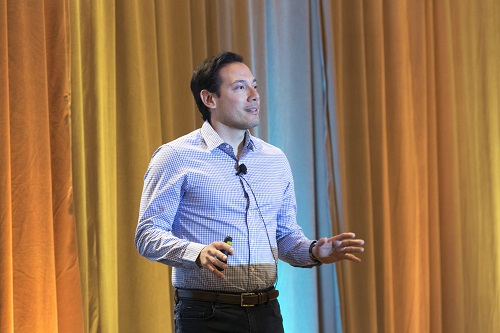 “By 2018 we were donating 27 million pounds to food banks. Helping people in our communities and staying true to our philosophy of healthy living, healthy lifestyles,” said Sprout’s Rojas. “Our program is based on three tenants that follow the EPA food recovery hierarchy: food, feed and field. Whatever we can’t donate for human consumption we donate to cattle ranchers or dairy farmers. And finally, whatever we can’t donate for human or animal consumption we send over to a composting facility, which is made into nutrient rich compost for gardens and fields.”

Over the last five years that investment of time and resources is producing impressive dividends. Right now, the company is managing about 60 percent waste diversion with the goal of 100 percent diversion in coming years. “This program is driving trash costs down. It’s good for the planet and good for the bottom line,” said Rojas. “All 350 or our stores have these programs. Everything gets recycled or repurposed.”

Imperfect Produce provides another innovative solution to food waste. The company buys “ugly produce” directly from growers, repacks it at fulfillment centers into boxes for consumers who can customize what they want and then the boxes are delivered directly to homes at prices that are less than the supermarket. All the produce is delicious and nutritious, but for a variety of reasons may not be quite as pretty as the produce found in the supermarket. 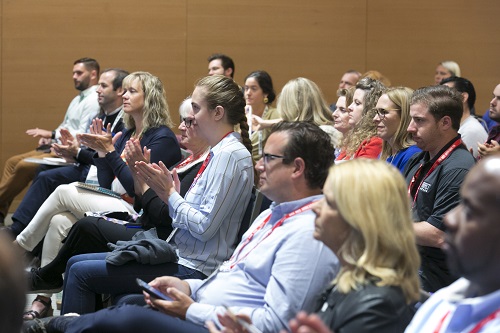 Imperfect Produce’s O’Malley says the concept is catching on. Imperfect Produce now has six fulfillment centers servicing  26 metro areas across the country. “We are a mission-based company,” he said. “The mission is to reduce food waste and build a better food system. Most of our customers are young people. They are passionate about environmental issues and appreciate lower prices and the convenience of home delivery.”

With burgeoning growth, Imperfect Produce is making the case that tackling food waste is good business, and Rojas agrees.

“The key was making a business case for it. At the end of the day we are a for-profit company. By doing a cost benefit analysis I was able to show our executive team and our board that this made sense. We would reduce our trash costs and  it would resonate with our customers. It’s good for the economy, it’s good for business and its good for society,” Rojas said.