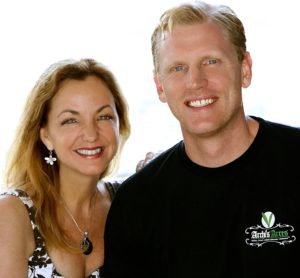 Colin is a combat-decorated Marine Sergeant and Karen a successful fashion industry entrepreneur.

Following his third tour of duty in Haditha, Iraq Colin was hopeful that farming would offer a good career after he left the military. Meanwhile, Karen was in Escondido, CA working the couple’s first crop of avocados, and both were shocked when they saw their first water bill.

Water costs are $2300 per acre foot in San Diego, while two hours east in Imperial County, water is just $20 per acre foot. They soon became certified Hydro Organic farm because of the cost of water and built their first greenhouse. 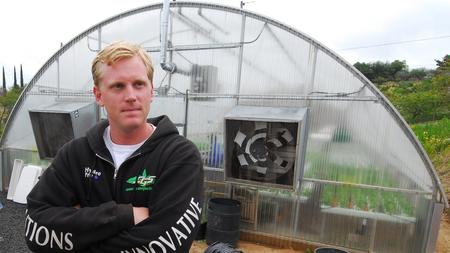 Karen said “We always wanted to be sustainable and organic. We became Hydro Organic following the rules of USDA NOP. We now use up to 90 percent less water farming hydroponically.”

Their first crops were basil, romaine, sage and thyme and Whole Foods and Jumbo’s bought everything they could grow.

After Colin ended his military career, the couple decided to give back to fellow military reentering life after combat. They created an agricultural training program for veterans struggling to adjust to civilian life, by teaching them to farm while creating viable income opportunities.

“We didn’t think the military would buy into it. But we developed a model and submitted it to the VA as compensative work therapy, and they gave us a chance, “Karen said. Today, Cal Poly Pomona is now the official home Archi’s Institute where they have taught over 450 veterans sustainable agribusiness and organic farming production methods. Everything from irrigation and hydro-organics to farm ownership and management, is part of the learning program.

“Students can now get 12 academic credits through our program and we teach them everything from seed to market.  We have a career counselor on site and our staff is there for our students and graduates after they leave. Many of our graduates are farming now.,” Karen said.  Just as Ben Franklin saw America as a large quilt of farms, we are doing our best to produce a quilt of organic farms across the country.”

The road to producing hydro-organic products has proven bumpy at times.  There was a backlash from soil-only organic folks against their organic hydroponic operations. They built new greenhouses and when FSMA went into effect they almost didn’t survive the extra cost.

“The FSMA system isn’t geared to protect the small farmer. We considered growing hemp as an alternative crop once it was approved in the Farm Bill, “she said.  “We accessed the application online and cashier’s check for $900. Turns out the application was missing a page, so which held up the application for another week. Then we found out the $900 fee could be waived because of Colin’s military service. We received a call to let us know this fell into the military exemption for hemp production. If you have served in the military, remember, the fees can be waived.” 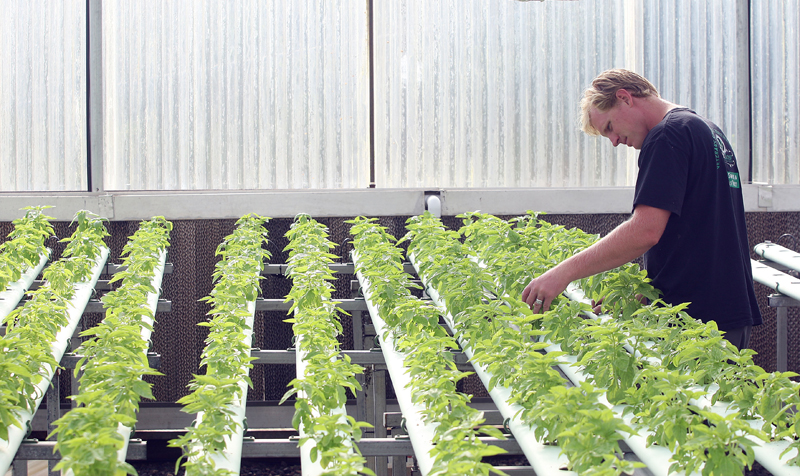 Even though the land is certified, their hemp cannot be labeled with the USDA seal.  “We can’t use the USDA seal because the federal government has not accepted or approved the regulations California put in place. Even though California was the first state to do so – it’s probably political. We can however say it’s grown on an organic farm,” she said.

In addition to running the farm, Karen serves on the board of CCOF, is Chairperson of COPAC and sits on the CalCannabis Organic Working Group. Her work is making organic hemp a viable option for small family farmers.

“The opportunity is vast for farmers and its good for the planet. Hemp actually puts nutrients back into the soil. I believe that Mother Earth needs to be respected and loved. We want organic farms to thrive everywhere,” she said.

Though it is a year-round deal, the Peruvian organic ginger deal is moving into its peak shipping period as supplies take a bit of a dip in the spring with peak volumes available between July and March.

Dino Cancellieri Sr., one of the founding partners of Corona, CA-based Veg-Fresh Farms, first started in the produce industry in the ’70s, working for his father’s wholesale produce company, Potato Sales, on the LA Terminal Market.