“There are still very limited supplies of off-shore grapes,” said Rob Spinelli, sales manager for Anthony Vineyards, Bakersfield, CA, last week.  “There are no organic grapes in the market right now.  We expect the season to start the week of May 19.  There may be a few boxes around the week before that.”

It is not until California’s Coachella Valley and Mexico’s production from the states of Sonora and Jalisco begins in May that North American retail buyers will again be able to stock their shelves with an organic grape option for their customers.  Consequently, Spinelli said the organic market should start off hot until the pipeline is filled.  However, he added that the production from Coachella should ramp up quickly and there should be promotable organic grape volume, and pricing, by the first week of June.  He expects promotable supplies in the organic sector will continue to be the case through the end of the Coachella deal and straight into the San Joaquin Valley production without missing a beat.

“We expect our Bakersfield organic production to get started by the end of June so there is going to be no gaps,” he said.  “We see no interruption in supplies this year.  In fact, we should have good supplies of organic grapes from June to at least the first week of December.” 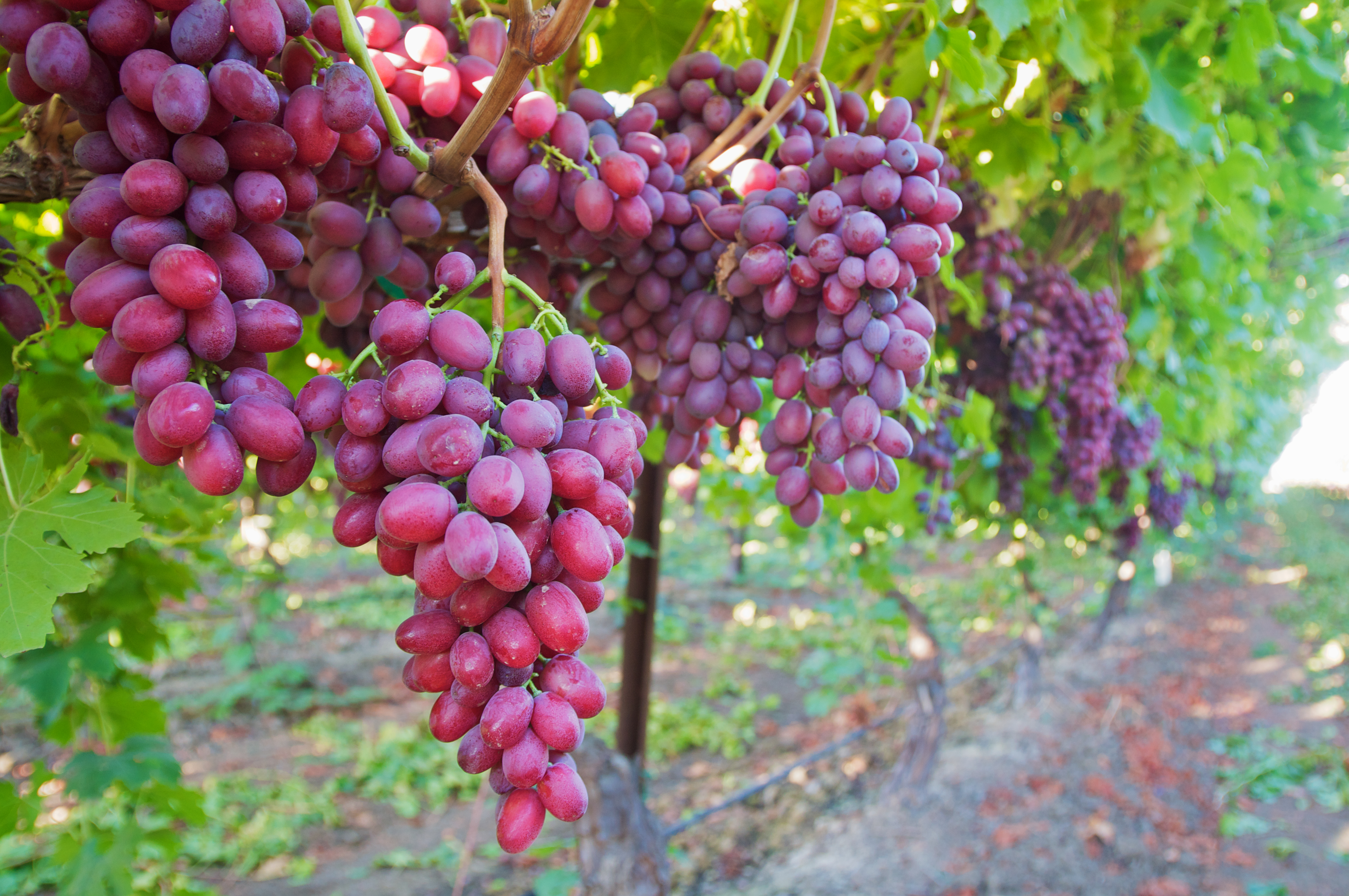 Spinelli said that while specialty varieties have become the rage in the conventional grape marketing arena, organic grapes are mostly marketed by color: red, green and black.  He explained that Anthony Vineyards and other growers are increasing their production of specialty organic grapes but total volumes of those niche varieties are still low, meaning supplies of a specific variety are typically inconsistent.  Consequently, it’s more prudent for a retailer to promote organic grapes by color rather than variety as often there is a need to use more than one variety of a specific to fuel a promotion.

He added that the red Flame Seedless variety and the green Sugraones are the most voluminous organic grapes throughout the year.

Nick Bozick of Richard Bagdasarian Inc., Mecca, CA, reported a similar start to his organic grape deal this season.  “We should have organic grapes by the last week of May,” he said in late April.  “And we will have them until mid-July.” 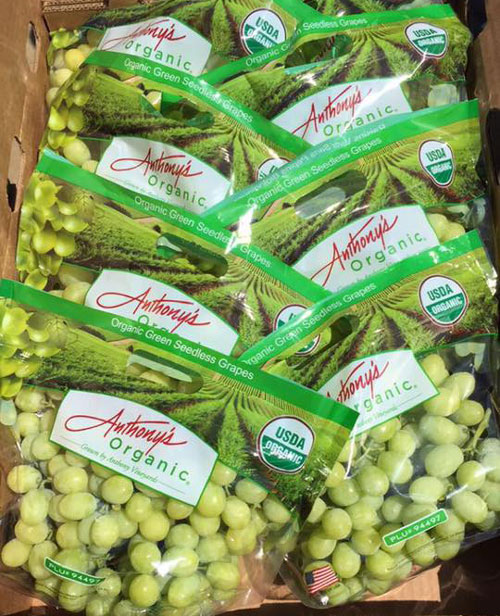 Bagdasarian, which began producing organic grapes a half dozen years ago, continues to increase its production because demand continues to climb.  “The demand for organic grapes continues to grow,” Bozick said, but he did note that less expensive foreign grapes can cut into California demand as the season wears on.  He said organic grapes are much more expensive to grow and harvest than conventional grapes by as much as $6 per box or about a 30 percent increase. In past years, Bozick said California organic grapes have returned a nice premium but he worries that won’t be the case in the future as other grapes from other areas that may have undergone less scrutiny than organic production in the United States enter the market.

Jared Lane, director of marketing for Stevco, Bakersfield, CA, said the production of organic grapes from Mexico this year should be excellent.  “We will start with green grapes on May 15 and the reds two or three days later.” 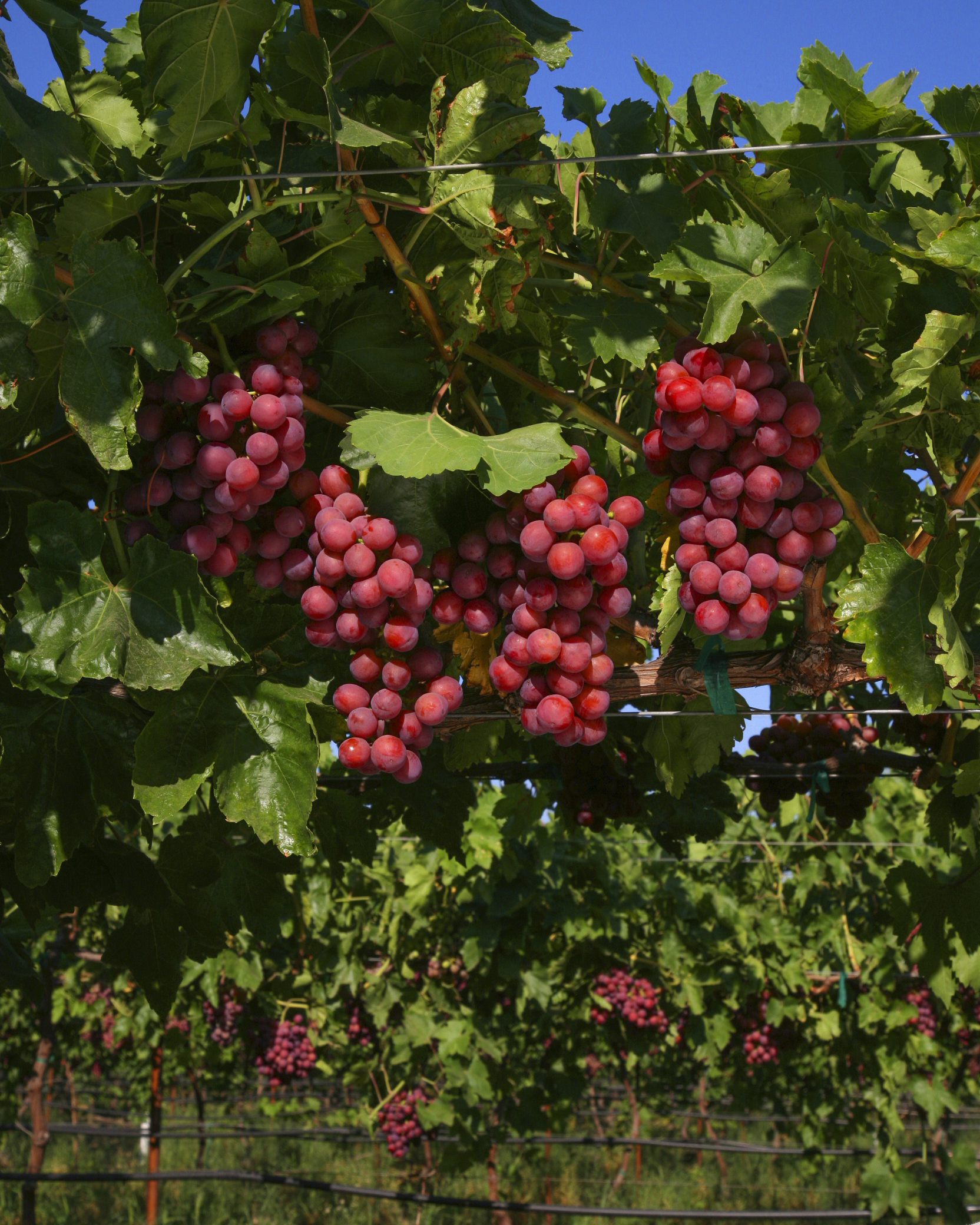 Mexico’s major Sonora grape growing region has estimated a total grape export volume of 22 million cartons, which represents about one-third more boxes than 2018.  Lane expects organic grape production to be up by even a greater percentage.  He said demand for organics is growing rapidly and growers have followed suit with increased production. “We have more certified organic acreage this year,” he said.

He agreed that the months-long gap in organic grape supplies will result in a very hot market at the start of the season, but from Memorial Day through mid-June he expects promotable supplies for organic grapes, especially the reds.  “Mexico predominantly has red grapes,” he said.  “They have greens as well, but more reds than greens.”

For Stevco, he said there could be a short gap in some varieties between its Mexican organic grape production and the start of its organic supplies from California’s San Joaquin Valley in July.