According to national scan data, organic potato sales only represent about four percent of total fresh potato sales.  That’s far behind the greater than 10 percent penetration organic sales have received for other fresh commodities, such as Washington apples. 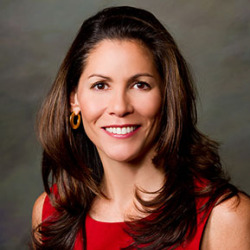 Kathleen Triou, President and CEO of Fresh Solutions Network, a group of independent grower-shippers that provide both potatoes and onions to grocery and foodservice customers, said her organization is a consistent supplier of organic potatoes, although it is still only a small part of total sales.  The Fresh Solutions Network currently has eight grower-packer members across North America with their signature product being various conventional value-added potato SKUs sold under the Side Delights brand.  The network markets its organic SKUs under the Side Delights Farmer’s Table Organic moniker.

While organic potatoes are only occupying a four percent market share, Triou said sales are increasing at a fast clip but the growth is coming off a small base, so the total is still dwarfed by conventional potatoes.  Nonetheless, organic potatoes have seen their sales almost double in the past four years, climbing from 2.2 percent of the total in the summer of 2014 to the four percent level this past year. 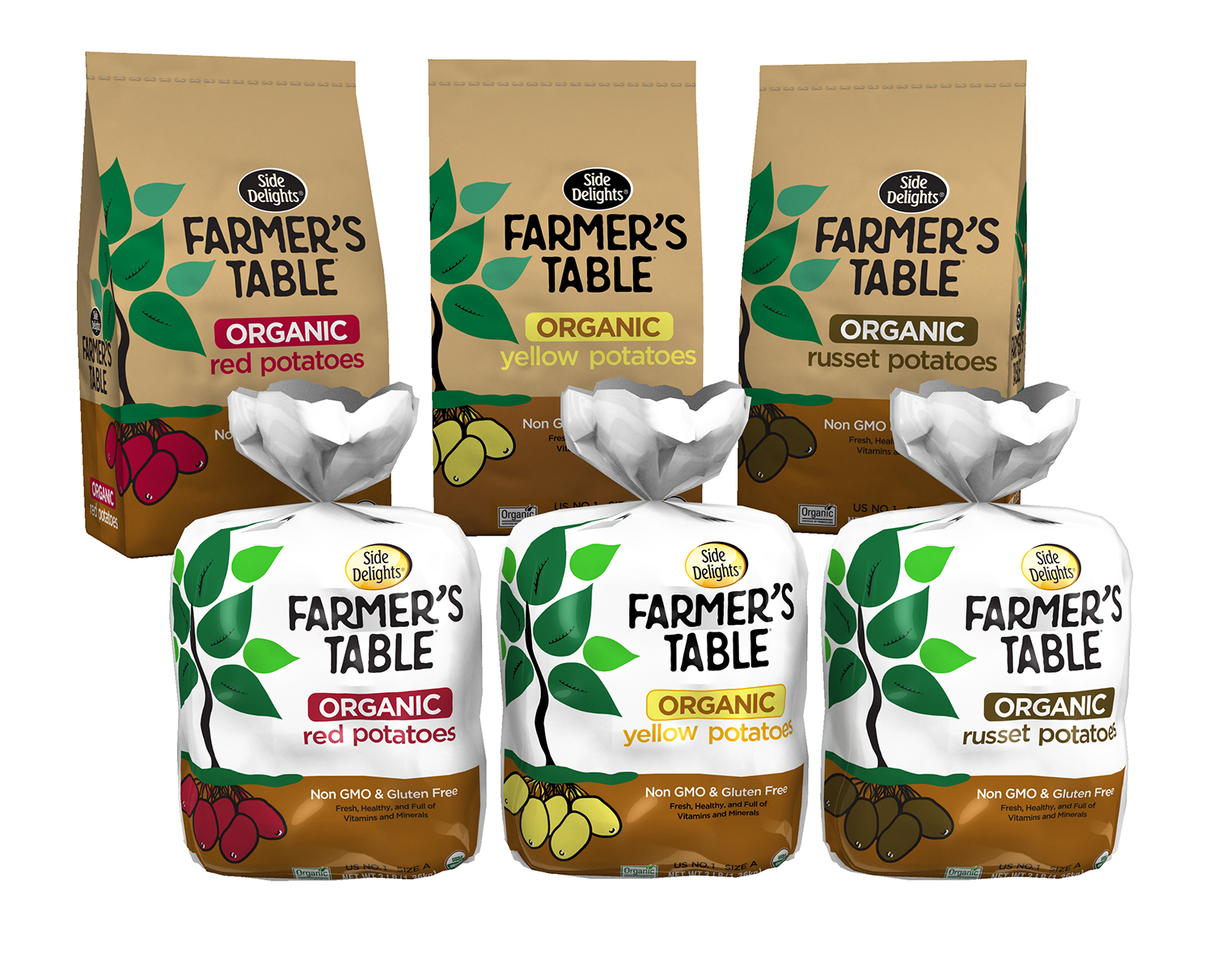 The Fresh Solutions executive theorized that the need to cook potatoes might be a factor in limiting organic sales.  She said cooking is seen as a “purification” process, which could cause some shoppers—especially so-called flexitarians – to place their priorities elsewhere when creating their organic produce shopping list.  For the committed organic shopper, Triou said buying organic potatoes is just as important as any other purchase.

The entire potato category has shrunk a bit in recent years as smaller family size has cut into sales.  Triou noted that the 10-pound bag of potatoes used to be king, but now the five-pound bag garners a majority of the sales.  In the organic sector, the three-pound bag is often used to allow retailers to have a consistent price point between the conventional and organic bagged product.   Side Delights offer red, yellow and russet potatoes in the three-pound Farmer’s Table Organic bag. The network also offers a single serve, microwavable organic russet potato, which is a relatively new product.  She said that item is a convenience play for the organic shopper.

“It is rare to find a bulk organic potato display at most retailers,” she said.  “The lack of consistency in organic supply makes that difficult.”

Triou said there is a wide disparity among retailers as to how well they sell organics.  At the low end of the scale are retailers that carry limited SKUs and do only about three percent in organic sales.  “We have others that do a good job and their organic sales account for as much as eight percent of their potato business.” 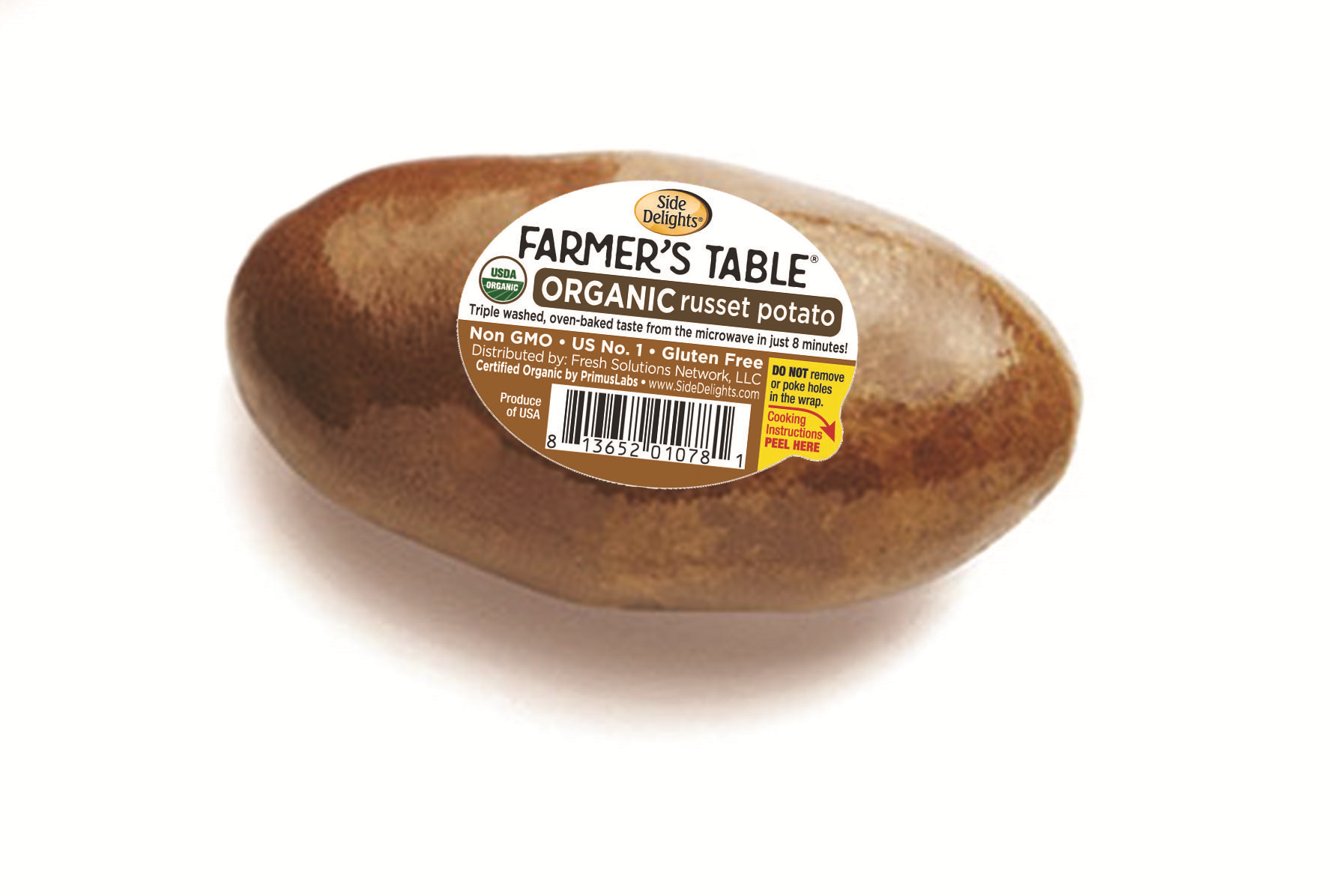 Triou said Fresh Solutions was currently sourcing organic storage potatoes from many of its supplier partners across the country, with fresh organic potatoes from Florida about a month away.  She noted that the 2019/20 potato harvest was five to six weeks behind schedule in the northern half of the country, as there was a very hard freeze this winter, which delayed planting schedules.  The national potato harvest will not get underway in earnest until September.  Most of the Fresh Solution partners are in that northern sector stretching from Oregon and Washington in the West to Prince Edward Island in Canada on the East Coast.

Potato prices have edged up this spring as the hard freeze and expectation of a late start means the 2018/19 storage crop has to last longer than usual.  Triou said that has caused suppliers to increase the f.o.b. price in an effort to stretch out potato supplies.

Triou reminded that the most difficult thing about potato production is that it is impossible to get an accurate prediction on the size of the crop – organic or conventional – until the potatoes are dug and sitting in storage.  As potatoes are grown underground, there is just no way to estimate the crop before it is harvested.

A pair of educational sessions related to the burgeoning growth of organic production and sales from a global perspective await attendees at the fourth annual Organic Produce Summit, this coming July in Monterey, CA.

Starr Ranch Growers started as a trading company in 1934 to broker goods from the U.S. to export destinations all over the world. Based in Wenatchee, WA, its orchard holdings and offerings became the principal business along with packing, and today the company is a vertically integrated entity from field to market.

Are you an Organic Industry Leader? Here’s How You Can Be.

Organic agriculture creates jobs in our communities, stimulates local economies and supports the next generation of successful farmers. It also creates opportunities for farmers by providing price premiums in a sector experiencing growth well above any other food category. If you’ve ever wondered how you can become one of those organic leaders, there’s never been a better time to dive in. Some of the most valuable committees and governance bodies are looking for new members right now to give their time and service.

Are you an Organic Industry Leader? Here’s How You Can Be.