The avocado has become synonymous with Super Bowl parties as the weekend surrounding the event has become one of the top two consumption weekends for the ever-popular star of the guacamole bowl.

That has been the case even when the FOB market is sky-high, so it’s not surprising that suppliers are gearing up for big retail promotions this year as avocados are plentiful and value priced—even organic avocados.

Patrick Lucy, President of Del Rey Avocado Company in Fallbrook, CA, said the FOB price on all avocados is about $20 less than it was a year ago. “There are plenty of avocados to go around,” he said, noting that Mexico has increased its shipments to the US by about 20 percent on a weekly basis as it prepares for this year’s NFL playoffs, which just began, and the Super Bowl, which is scheduled for February 12.

He said avocado imports from Mexico in the fall were in the neighborhood of 40-45 million pounds per week. “As we got into January, that number was closer to 50 million, and now they are ramping volume up even more,” he said on January 17.

In fact, Lucy said Mexico has a very big crop this year and will need to average between 50 and 55 million every week for the next couple of months.  Organic avocados are a growing percentage of that volume, and the Del Rey executive said this season both quality and size on the organic fruit is very good. He added that the size profile has been improving steadily, with greater numbers of the more popular 48s and 40s.  “There are promotion opportunities for every size,” he said.

“There are plenty of avocados to go around.” - Patrick Lucy

Peter Shore, vice president of product management for Calavo Growers in Santa Paula, CA, echoed those same sentiments. “There is very good volume and good promotional opportunities across all sizes and categories,” he said. “There are good supplies of extra-large fruit—30s and 32s—and all the way down to much smaller fruit.”

He said bagged fruit offers good value but added that all avocados are attractively priced this January. “The bag category is still growing by double digits. It is outpacing bulk in terms of percentage growth.”

Shore said that the bigger crop from Mexico has impacted both conventional and organic avocados as “there is more volume available this year for organics, and it is at a lower price point.”

“The bag category is still growing by double digits. It is outpacing bulk in terms of percentage growth.” - Peter Shore

Gahl Crane, sales director at Eco Farms in Temecula, CA, reported that during each of the first two weeks of the new year, more than 2,000 grocery stores across the country had organic avocados on ad. Comparing those numbers to January of 2022 revealed that twice the retailers are advertising the category this year. And Crane expects organic advertising volume to remain at a high level throughout the next month.

“It’s a seasonal thing,” he said. “It’s not just because of the 'Big Game.' Playoffs started last week. Healthy eating for the new year kicked in, and the lower prices have given retailers some good price points. When you can promote organic avocados [at retail] for under $2 [each], that's a big win!”

Though Crane said avocados are plentiful, he did note that there are some signs of challenges within the size breakdown. “48s and larger have good supplies; 32s and 36s are oversupplied; and 60s and smaller are undersupplied. There is no shortage of volume, but we are seeing a little price pressure on the smaller sizes.”

That fruit is often used in bags, which have become increasingly popular as Shore pointed out.

Because of the lower market price, almost no California fruit has been harvested. “It’s just not an attractive market at this time,” said Shore. “We don’t expect to see anything from California until mid-February. Mexico will have a lot of fruit through spring. California will probably hit its peak in the March, April, and May period.”

“It’s not just because of the 'Big Game.' Playoffs started last week. Healthy eating for the new year kicked in, and the lower prices have given retailers some good price points. When you can promote organic avocados [at retail] for under $2 [each], that's a big win!” - Gahl Crane

California’s volume has been estimated at about 250 million pounds this year, which is about 10 percent less than last season. Lucy said the rain throughout December and January was great for the fruit itself, and it may result in a slightly larger crop as each rainstorm does have the potential of increasing the overall size portfolio for the crop.

Crane said most California avocado groves are saturated with water, so it’s very difficult to get into them. “You can’t get into those groves to harvest the fruit, and irrespective of that, there is no need at this point for a second major source of fruit. We don’t expect California to get started until mid-to-late February. Some growers may want to size pick before that, but the market isn’t there yet for that fruit.” 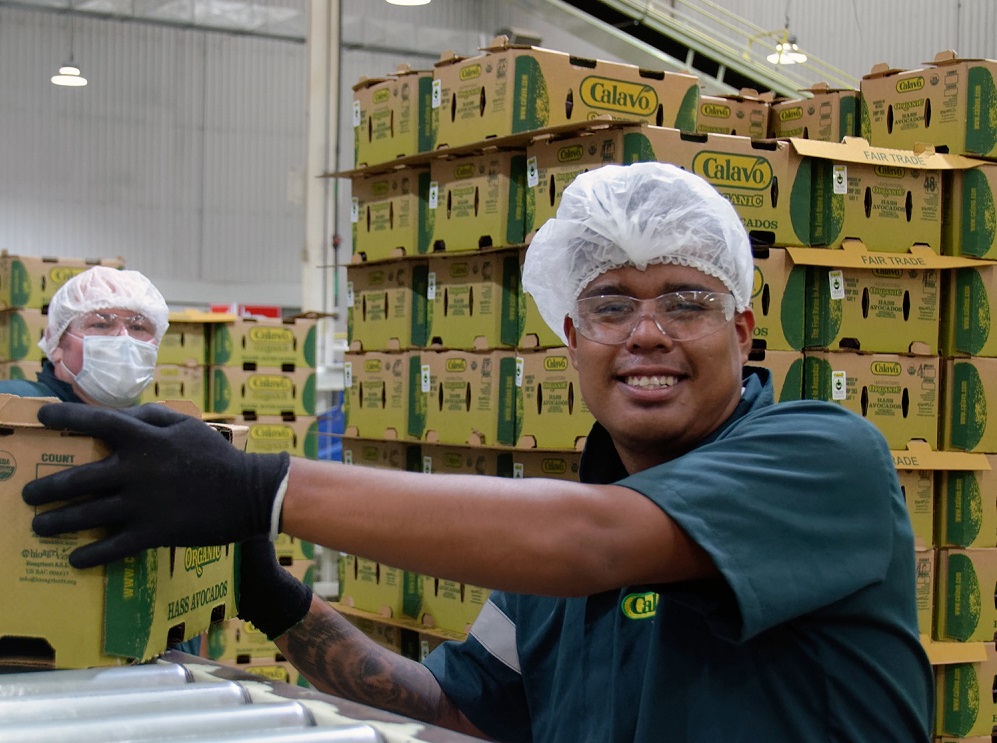 While Mexico does have the projected volume to cover demand well into March, Crane said there are retailers that will want to switch to California fruit when it's ready and available with consistent supplies.

Rico Farms, an organic veg operation based in Sonora, Mexico, decided to create an on-site “Bio-Factory” in January 2020 as a way to improve soil and crop health, ensure input quality and quantity, and reduce costs. Now three years old and well into its second phase of development, the Bio-Factory produces 900,000 liters of ag inputs a year.

As the US moves out of the pandemic, PCC Community Markets, the nation’s largest community-owned food market, has observed changes in consumer behavior in its produce department. “Organic sales continue to rise, but the dynamics have changed slightly,” said Kevin Byers, senior produce merchandiser for the 16-store Seattle-area certified organic grocer.

Ethylene Control Inc.’s name pretty much says it all. The company plays a vital role for many growers, packers, and shippers by helping them extend the shelf life of organic and conventional produce through the control and removal of ethylene during the packing and shipping process.

3. Autumn Glory Apples Off to Record Start This Season