Last week at OGS 2022, the Organic Farming Research Foundation (OFRF) moderated a panel focusing on the challenges faced by organic growers and possible solutions to those challenges. 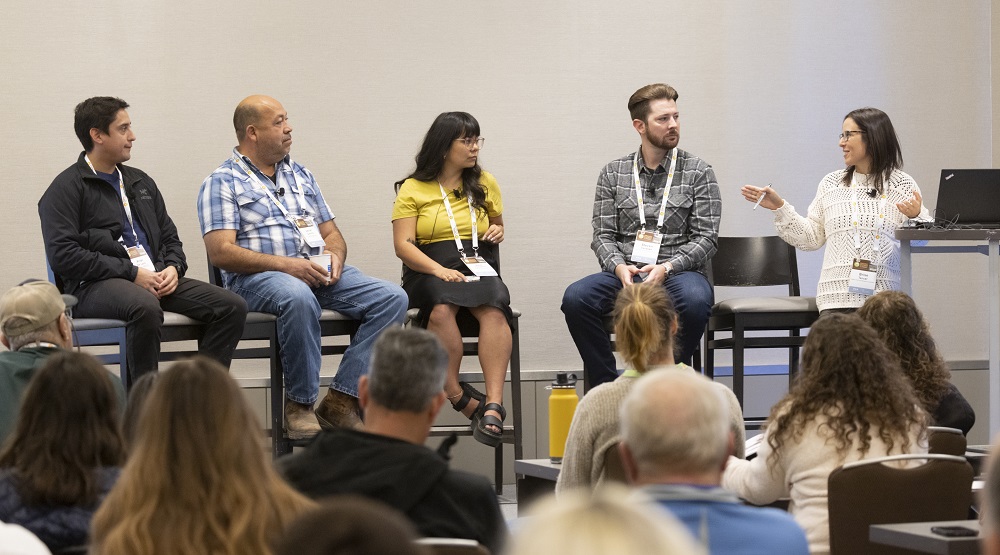 To kick off the session, moderator Brise Tencer, OFRF’s executive director, provided an overview of some of the highlights of her organization’s 2022 National Organic Research Agenda, which was based on survey responses from over 1,000 farmers across the US. She noted that nationwide the top organic production challenges include weed management, production costs, achieving adequate crop yields, pest control, managing soil fertility, and crop nutrition. In terms of the top non-production challenges, Tencer cited labor access, finding and developing markets, certification costs, and record-keeping requirements.

“One of the most salient and impactful things we saw from the survey data is that transitioning-to-organic and organic growers are really the national leaders in soil and climate stewardship,” Tencer shared. “Far and away, both certified and transitioning growers are really leaders at using regenerative soil-enhancing practices far more often than conventional producers. … And that's an exciting message.”

Tencer also said the report found that organic producers “look for their information in slightly different ways than their conventional counterparts.” She noted that they tend to rely more on other farmers for information rather than on crop consultants. “This is a really great takeaway … about the importance of farmer-to-farmer networks, mentoring resource[s], and information sharing,” she said.

“Far and away, both certified and transitioning growers are really leaders at using regenerative soil-enhancing practices far more often than conventional producers. … And that's an exciting message.” - Brise Tencer

Cardoza, an organic raisin grape grower, echoed this notion later on in the panel discussion, sharing that he regularly hosts visitors and also has field days and demonstration days on his farm. He said these events end up turning into learning opportunities for himself as well, not just for the growers he hosts. “I walk away feeling like I was at someone else's field day learning something, standing on my own ground, because just having a fresh set of eyes and different perspective is really invaluable,” he said. “I've learned so much from it, and I think that's something that if we can emphasize a way to facilitate that, it’s going to be beneficial for everyone.” 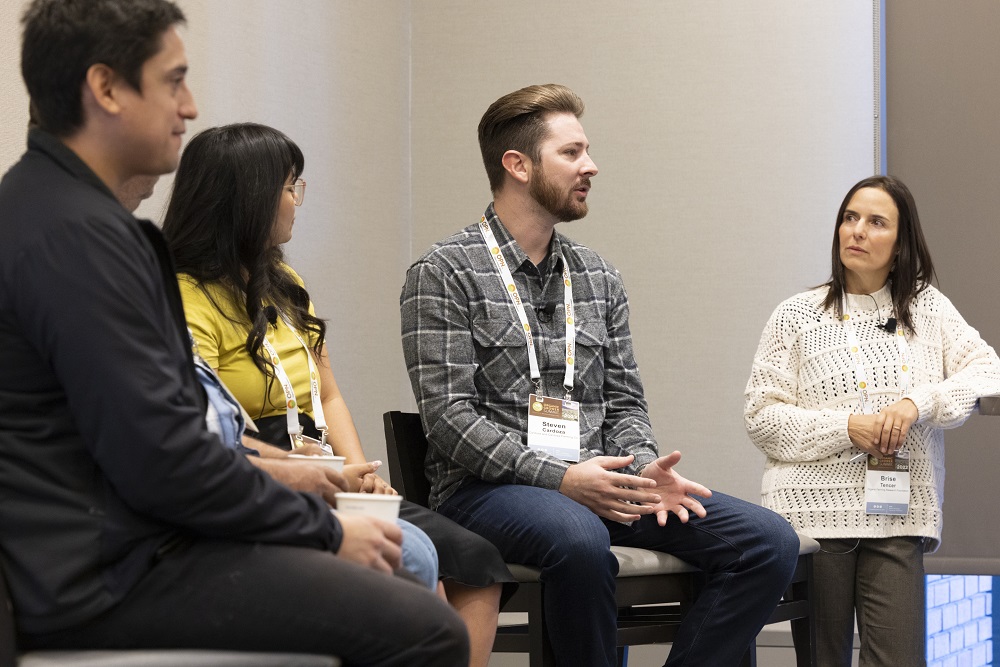 Javier Zamora, an organic grower of berries, veg, and flowers, shared that he’d like to see more interaction between larger and smaller growers. He said he was very excited to see Taylor Farms at a recent event on his farm in Monterey County. “I was really happy to see [them] come [to] a smaller farm and see what we're doing … and the techniques that we're using to be better sustainable,” he said. “I'd love to go to Braga Farms or Taylor Farms and then learn something like that.”

Zamora also spoke about the importance of support from a variety of organizations when it comes to building a successful farming operation. “I started [my farm] with zero,” he said, adding that it was FarmLink who helped him get a loan. He also credited the help of the NRCS, OFRF, the Agriculture and Land-Based Training Association (ALBA), and Cabrillo College for his success. 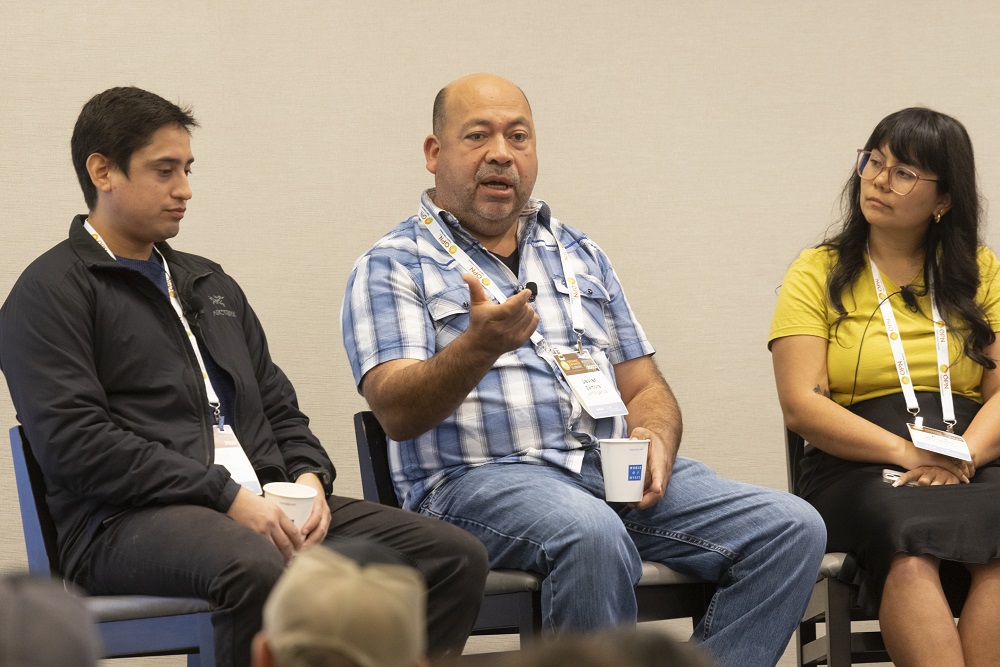 “I think it's an effort of community,” he said. “I'm just blessed that I've tapped into these resources. So I want to make sure that I can help others do the same.”

Like Zamora, Cardoza said he’s also benefited from various government and other programs designed to support growers—but he noted the process of applying to them can be “onerous.” 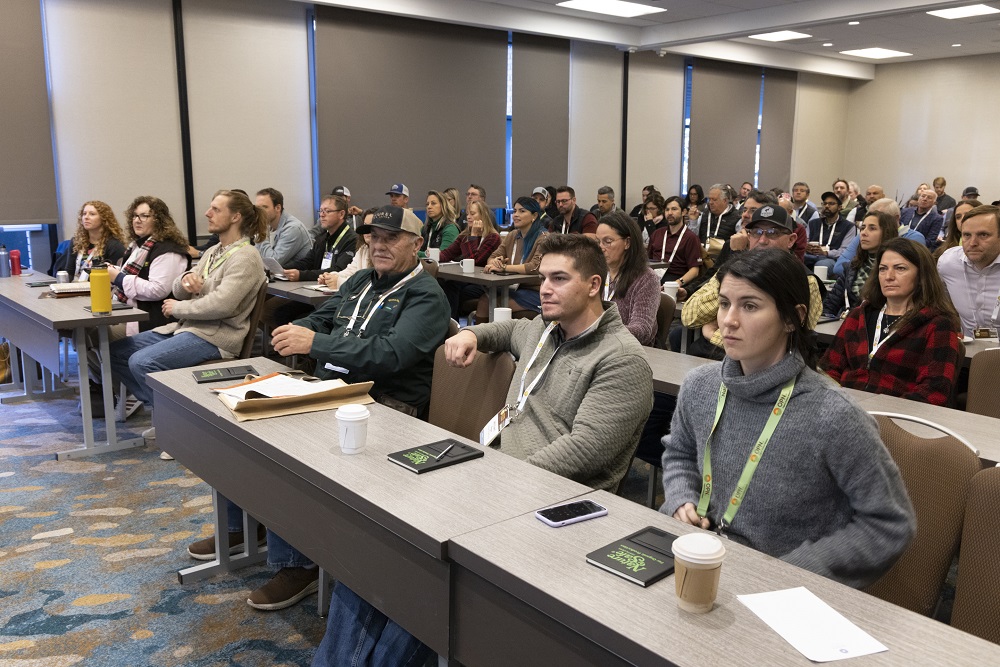 “I go into it with the mindset I'm going to fail 70–80 percent of the time,” he said, though he was careful to point out that the times he does succeed make all his efforts worthwhile. He suggested that there be “more crossover between some of these organizations,” proposing a single place for growers to submit information, which could then be disseminated to multiple organizations, similar to how a medical chart works in the healthcare system.

“I think it's an effort of community. I'm just blessed that I've tapped into these resources. So I want to make sure that I can help others do the same.” - Javier Zamora

Towards the end of the session, Tencer noted that over the next couple years there will be an increase in federal funds to support organic and transitioning-to-organic farmers, and she asked the panel their thoughts on how these monies could best be spent to help grow the organic sector. 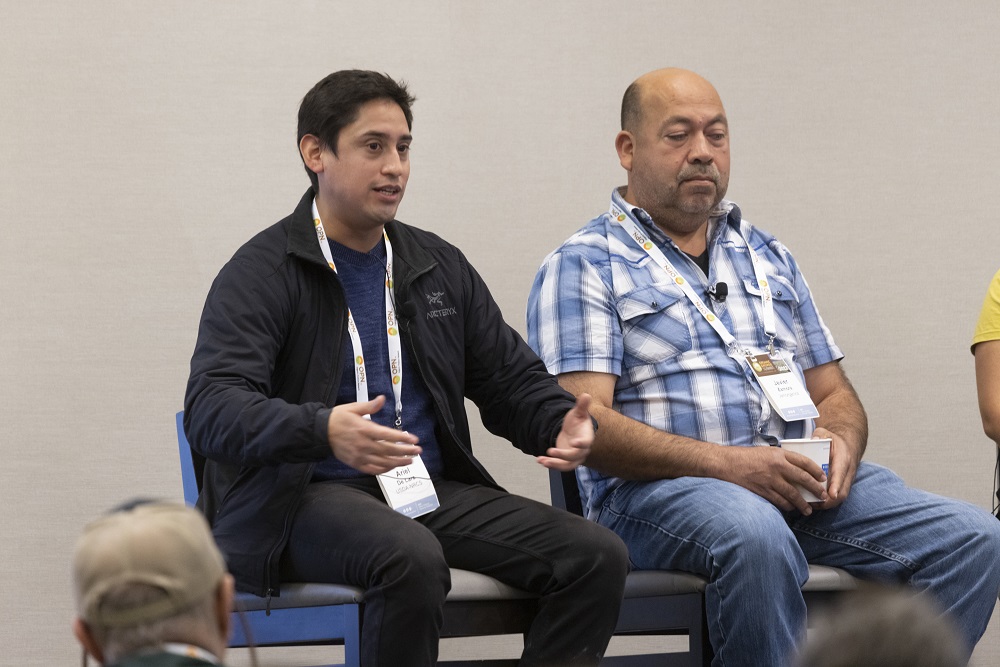 De Lara of the NRCS in Salinas, which provides technical and financial assistance for conservation-related activities, said that on the local level, his office is being encouraged to use Inflation Reduction Act funds “to do more climate-smart things.” He said he’s working to help growers get financial assistance for nutrient management activities that they’re already engaged in. “We're trying to figure out a way to take your paperwork and have it fulfill our needs, so then we can give you credit and potentially funding for doing what you're already doing,” he said. 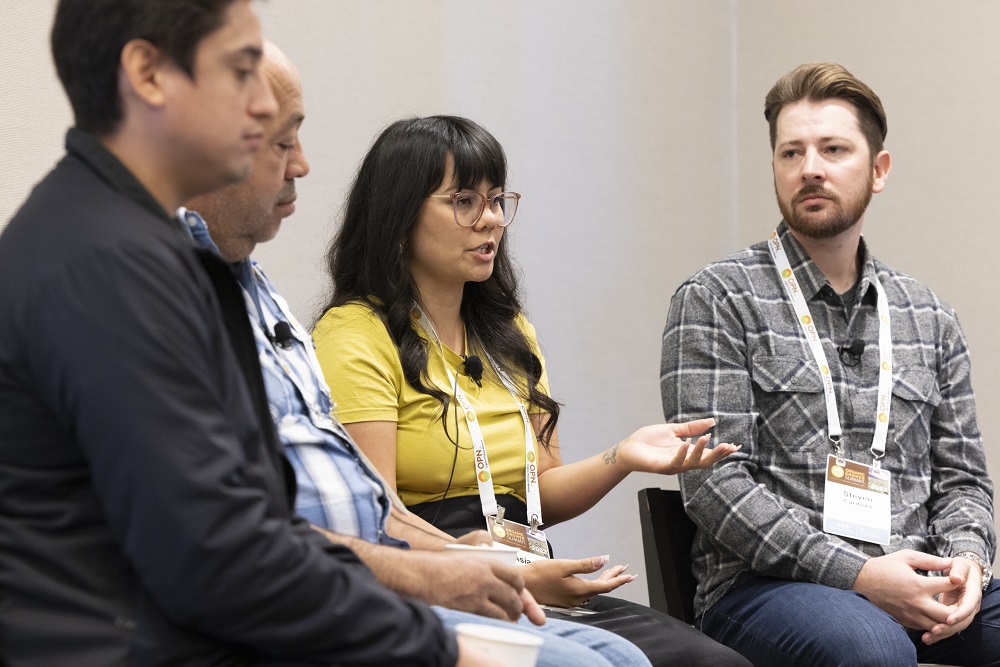 Hampton of California FarmLink, a nonprofit that supports farmers with technical assistance, business education, tax workshops, and loans, said she’d like to see federal funding address the issue of land security: “One thing that comes up for a lot of farmers that we work with is … insecure land tenure, [which] makes it difficult to [trial new farming] practices and/or transition to organic because they don't know if they'll be on the same plot of land year to year. So it'd be great to see those resources diverted that way.”

“We're trying to figure out a way to take your paperwork and have it fulfill our needs, so then we can give you credit and potentially funding for doing what you're already doing.” - Ariel De Lara

For his part, Zamora said he’d like to see the federal funds used to encourage large retailers to buy from transitioning-to-organic and new or smaller organic farms. Naming Walmart, Costco, and Sam’s Club as examples, Zamora suggested they be incentivized to buy at least 1 percent of their produce from small organic growers. “We have some small farmers out there that I can tell you are 10 times better than me and 20 times better than some of the larger companies in growing things. And their stuff doesn't get sold; it doesn't get eaten. That's a shame! … I see some of my Hispanic growers growing beautiful things, and they get thrown away. It's sad.”

Huckaby Honored as Organic Grower of the Year

Jeff Huckaby, whose 25-year career with Grimmway Farms includes building its robust organic program and serving as president of the company, was honored as the "2022 Organic Grower of the Year" at last week’s Organic Grower Summit in Monterey.

Get Prepared for New NOP Regs on Enforcement

Get prepared! That was the main message delivered by a handful of panelists who discussed the pending Strengthening Organic Enforcement Final Rule (which will be released shortly) at the Organic Grower Summit in Monterey, CA, last week.

Missed OGS this year? Catch up with photos and testimonials from the 2022 Organic Grower Summit!

Huckaby Honored as Organic Grower of the Year

Get Prepared for New NOP Regs on Enforcement