AgroThrive: Improving the Soil—and the Planet

Touting the world’s only fast-acting organic fertilizer, AgroThrive is on a mission to improve the soil and help save the planet by reducing food waste, which in turn reduces the amount of ozone-depleting methane released into the atmosphere.

The elder Macura founded his company in 2006 and has been producing the organic fertilizer ever since. However, production was at a low level, and only a handful of customers were needed to take the bulk of the output. The company expanded its facility several years ago and is now selling two million gallons a year, with the capability of producing an additional one million gallons of product.

AgroThrive is on a mission to improve the soil and help save the planet by reducing food waste, which, in turn, reduces the amount of ozone-depleting methane sent into the environment.

In promoting the fertilizer, Marko Macura delves into its origin, how it works, and the results it delivers. The company’s Progressive Digestion Process (PDP) uses food science, microbiology, biochemistry, and fermentation technologies as its main tools. Macura said virtually all food waste can be turned into a beneficial organic fertilizer using this process. The company focuses on the use of protein waste, especially fish waste, since its environmentally responsible technology turns that food waste into nutritious organic fertilizer in just 21 days. 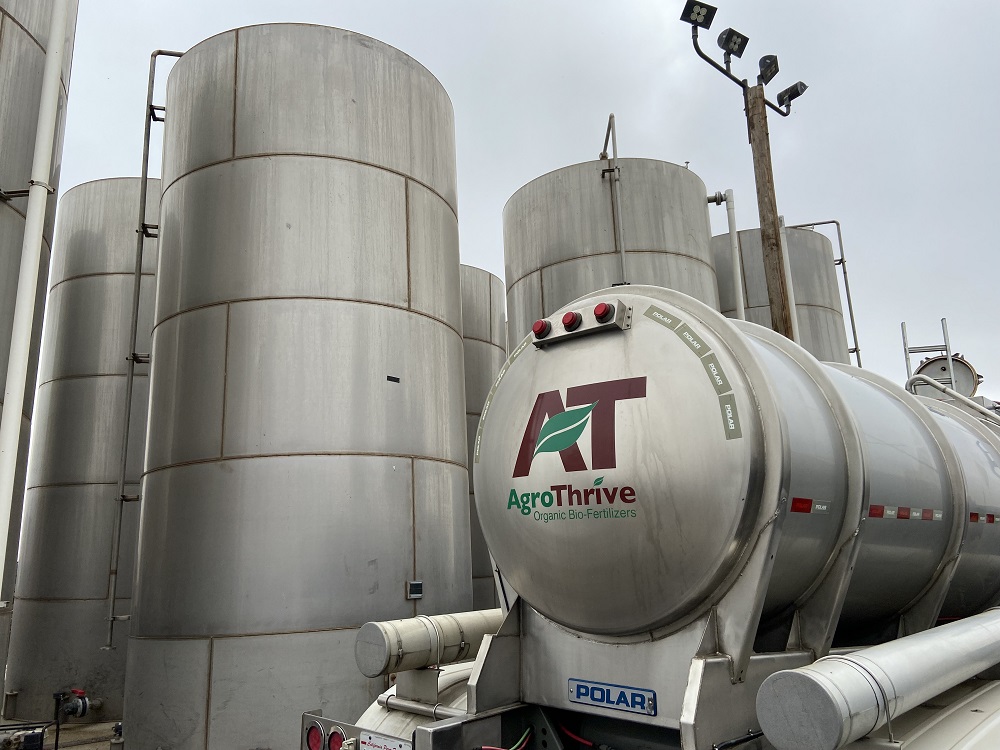 “PDP harnesses the natural microbial and enzymatic digestion of organic inputs to break down raw materials while creating biological heat, eliminating harmful pathogens in the process,” says the company’s website. “This digestion is achieved without adding any outside inoculum or external heat to kill pathogens.”

Macura reported that most protein waste ends up in landfills where it emits methane, which is a major depleter of ozone. So turning this waste into fertilizer in just 21 days is a big plus for the planet.

The farmer benefit, according to Macura, is that the company’s process produces organic fertilizer that can immediately improve the soil and the organic plants that it is treating. He explained that using fish emulsifiers is a common practice in organic farming, but those products are slow-acting.

“Our fertilizers have gone through the digestive process before being applied,” he said. “Growers can see the results within a week.”

The materials in most organic fertilizers interact with the beneficial microbes in the dirt and improve the soil over time. Macura said it is a common problem in the organic farming world that organic fertilizer applications just don’t work as quickly as the products that conventional farmers can apply on their crops.

“Our fertilizers have gone through the digestive process before being applied. Growers can see the results within a week.” - Marko Macura

AgroThrive has the only fast-acting fertilizer on the market, according to Macura, and comes in several different formulations. He said there is an immediate benefit to the crop being grown, and growers will also notice that harvest time is accelerated, which potentially allows for more crop cycles. “Our product is improving soil health and building a soil that can hold more carbon,” he said.

While the majority of AgroThrive’s products are used by organic farmers on their organic crops, Macura said about 30 percent of the organic liquid fertilizers AgroThrive produces is purchased by conventional growers as part of their fertilizer rotation. These growers have discovered they can get an increase in yield and improve their soil by adding this fast-acting organic fertilizer to their input schedule.

In addition to commercial customers, AgroThrive’s organic fertilizer is also sold to home gardeners through larger consumer retailers such as Amazon. 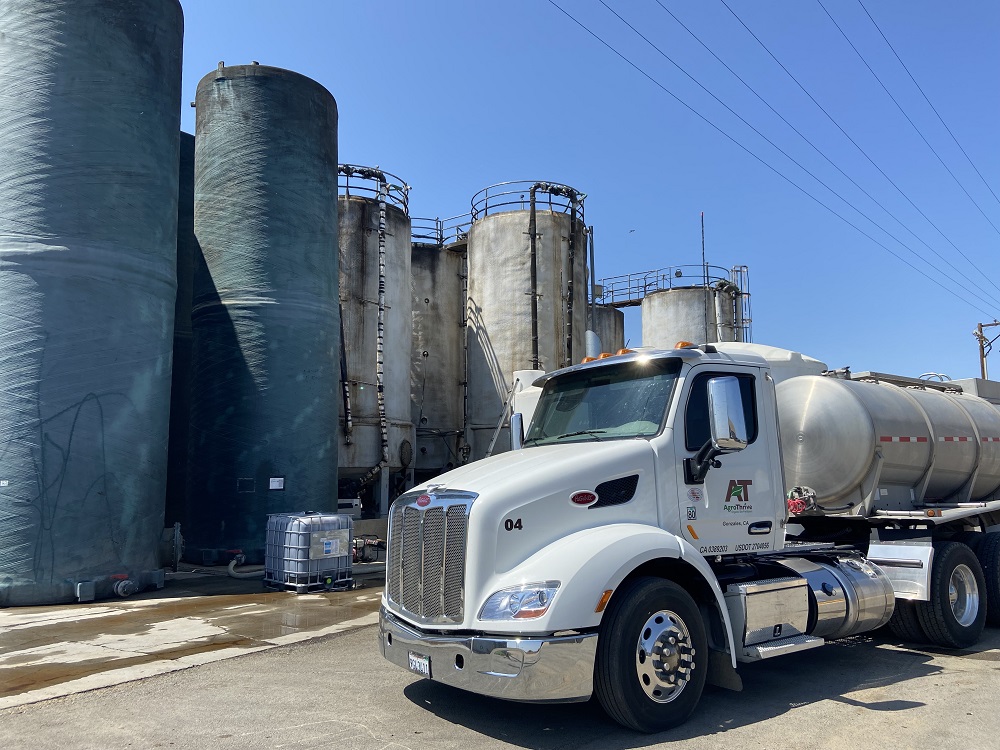 As it now has the capacity to add more customers, Macura said AgroThrive is open to working with growers who want to trial these organic fertilizers. “A couple of years ago, we invested in increasing our production capacity,” he said. “We haven’t done a lot of marketing or advertising, but now we are very excited to tell our story and expand our production.”

The company has already pulled building permits to expand further to satisfy the potential demand. “When the need arises, we will be able to expand very rapidly,” Macura said.

“A couple of years ago, we invested in increasing our production capacity. We haven’t done a lot of marketing or advertising, but now we are very excited to tell our story and expand our production.” - Marko Macura

California’s organic citrus crop is in excellent shape with great potential for promotable supplies on some varieties by Thanksgiving—and for most others shortly thereafter.

Decco, a leader in post-harvest technologies, is now offering the only registered organic fungicide for apple storage.

AgroThrive: Improving the Soil—and the Planet