After years of sales growth, the organic produce industry is now encountering a more challenging sales environment. We never know when the unexpected will show up and cause that dreadful downhill drift in this produce business.

A long run of success can change course at any time. So, what happens if and when an unexpected reversal takes place? What if a few factors suddenly slow down a pattern of reliable sales growth?

We never know when the unexpected will show up and cause that dreadful downhill drift in this produce business.

At this point in time, organic produce retail volume is feeling the pinch. Retail dollars show an increase, but that is primarily the result of inflationary pricing. It does not mean that consumers purchased a greater amount of product. 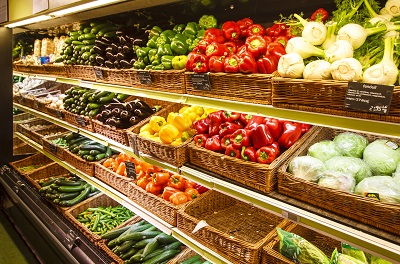 And now another component moves in on organic produce. It's the season of locally grown produce and farmers markets. There are close to 9,000 farmers markets, and this category contributes a heavy amount of product volume into the retail system. Although some of it is organic, a large amount is conventionally grown.

At this point in time, the organic produce retail volume is feeling the pinch. The retail dollars show an increase, but that is primarily the result of inflationary pricing.

What impact does locally grown produce have on the organic category? 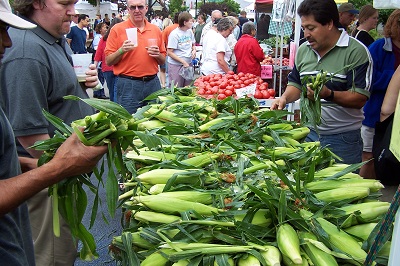 Jeff Tomassetti, produce director for Buehler's in Wooster, OH, said, "Locally grown produce is huge for us, and I think it chokes out some of the organic items. We do have a local organic co-op called Greenfield Growers, which is a group of Amish organic farmers we support during the summer and fall seasons. People would rather pay less, support local farmers, and feel good about what they are eating." 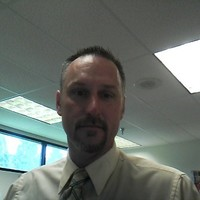 Then there are questions about price and whether local product is organic or not. Does local produce cost more or less? Would educating consumers help clear up any confusion?

"I think education is important to consumers, but the biggest impact is in the wallet,” Tomassetti said, “Costs and retails have to be closer for organics. I have to make a decision on whether to carry some organic items once the cost and retails climb too far out of reach." 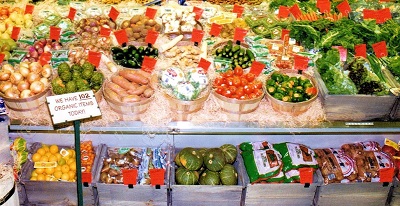 When asked about organic promotions, Tomassetti said, "We have been running some hot organic specials when the price is right. We actually drop the conventional and push the organic item for that week. For example, we have organic bunch carrots at such a good price that we dropped conventional and are selling organic only.”

"I think education is important to consumers, but the biggest impact is in the wallet. Costs and retails have to be closer for organics.” - Jeff Tomassetti

He continued, “I do think social awareness is good on Facebook, Twitter, and Instagram for the millennial shoppers. Recipes, demo support, and meet and greet in the stores also helps to drive awareness and sales." 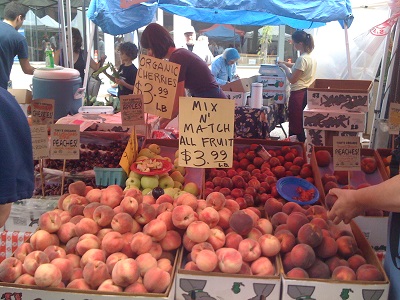 We know that price has a huge influence on whether customerswill a make a purchase or bypass the items on display. But if you don't have a strategy of promoting organic and locally grown produce, then sales will obviously decline.

Regardless of whether you choose to promote organic, conventional, or locally grown produce, the important point is to create your own marketing approach. Oftentimes, this calls for more aggressive selling and marketing efforts.

Leadership from three of the nation's most progressive organic growing operations have been confirmed as panelists for the keynote presentation at the upcoming Organic Grower Summit 2022 presented by Western Growers and OPN, slated for November 30–December 1 in Monterey, CA.

There will be promotable volume of organic grapes into November, but then there could be a bit of a gap late in the year and into 2023, according to sales leaders at various grape operations in California.

Duncan Family Farms, which grows 8,000 acres of certified organic baby lettuces and greens, kale, specialty vegetables, and herbs, is continuing to expand its organic herb line as the company’s herb production has seen increased acreage to support its customers in Arizona and the Southwest region.

1. US Organic Growers Can’t Keep Up with Demand