Organic Strawberries Tight for V-Day but on the Rise

Cold weather in Florida, some quality issues in Mexico, and typical early-season volume challenges in California are creating a demand-exceeds-supply situation for organic strawberries, which will affect their pricing and availability this Valentine’s Day.

“I don’t know where we are going to get the fruit for all the orders,” lamented Robert Wilhelm of Bova Fresh in Boca Raton, FL this week, revealing that it was currently raining in Florida, and temperatures near freezing are expected for this upcoming weekend. “It is supposed to get close to freezing on Saturday, Sunday, and Monday.” 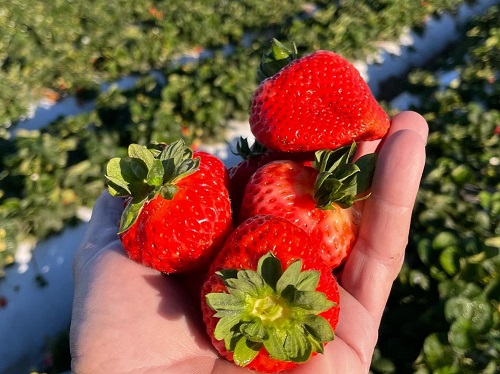 Consequently, he said organic strawberry supplies have been light and won’t start to improve from Florida until around February 4. Growers will undoubtedly be faced with some quality issues and coloring challenges as Valentine’s Day approaches. “I think our volume will really start picking up the day after Valentine’s,” he said. “And then we should have peak supplies from Florida until at least the end of March.”

Wilhelm said Mexico has some good volume of organic strawberries, but it is having quality issues, and he does not expect that region to fill the supply gap. He added that the short supply of organic fruit is being reflected in the FOB price during this last week of January. Florida’s organic berries are trading in a wide range between $30-$42, “but any good fruit is at the top end of that range,” according to Wilhelm.

“I think our volume will really start picking up the day after Valentine’s. And then we should have peak supplies from Florida until at least the end of March.” – Robert Wilhelm

He added that the $22-$26 range on Mexican organics is representative of their quality issues. 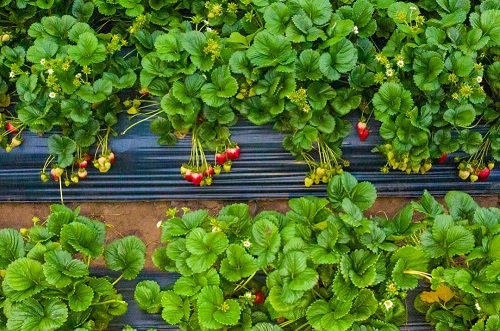 Wilhelm said Bova Fresh is expecting to have about a 20 percent jump in organic strawberry production from Florida this season, which speaks to the increased demand for the product and indicates that there will be relatively good supplies of organic strawberries as the season moves through February.

Tom Smith, California Giant Berry Farms’ director of sales, painted a positive picture of his company’s early season strawberry supplies, including its organic offerings. He revealed that the 2021 fall crop, which is grown under hoops giving it some protection from the weather, is still in production in Santa Maria. “Strawberry quality is holding up nicely,” he said. “Cooler temps have helped the fruit remain firm. We expect to continue harvesting well into March, possibly April.”

California Giant Berry Farms’ 2022 spring crop is just getting started in Santa Maria. “We harvested our first organic strawberries [from that crop] this past weekend [January 15/16]”, he said. “Quality is excellent. Plants look very healthy. With no inclement weather, we will see this crop ramp up in February and March, with very good volume coming in April.”

Cal Giant's organic strawberry production in Florida is ahead of schedule because of great weather in December, according to Smith, but he did note the cold temperatures on the horizon. “We are just now experiencing some freezing temperatures in the growing regions but do not expect major damage or disruption at this point,” he added. “We expect to harvest organic strawberries in Florida well into April with no inclement weather.”

Like many of California’s major strawberry shippers, most of Cal Giant's organic acreage is centered around Watsonville. Smith anticipates organic production starting in that region in April. “So far, weather has been cool and dry to start 2022,” he said. “Plants are ahead of this time last year. Everything looks very healthy and promising of a great crop in the spring.” 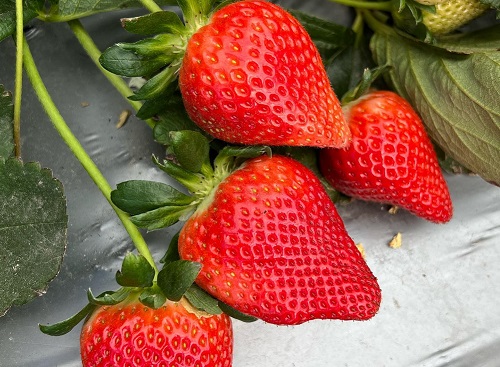 Anthony Gallino of Bobalu Berries in Oxnard, CA, said California has had no rain for a couple of weeks, which has been great for strawberry growers. Growers are picking solid volumes for this early in the year, and he said there appears to be quite a few stem berries available, which is a very popular item for Valentine’s Day.

He did say that early in the season, organic production typically lags behind, which was reflected in the January 24 FOB price that saw organics at about double the price of conventional berries. Gallino noted that the market on conventional berries this week (January 24) was $14-$16, while organic strawberries were pushing $30 per flat FOB. 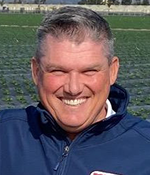 The production numbers available on the California Strawberry Commission’s website each day revealed that during the week ending January 22, organics only represented about 8 percent of the state’s total volume. In the summer months, they can be double that percentage during some weeks. For the 2021 crop year, organic production ended up being about 11 percent of California’s total strawberry volume at more than 23 million trays.

Growers are picking solid volumes for this early in the year, and Gallino said there appears to be quite a few stem berries available, which is a very popular item for Valentine’s Day.

Chris Christian, senior vice president of the California Strawberry Commission, noted that early-season production of both organic and conventional berries can always be impacted by Mother Nature, making it difficult to predict how much fruit will be available for Valentine’s Day. She did say that California has had good growing weather for the past several weeks, with no rain in the immediate forecast, which bodes well. The state’s strawberry volume is picking up on a weekly basis.

For the season, the California Strawberry Commission is anticipating an increase in volume over last year’s total crop as overall acreage is up more than 6 percent, and spring conditions are expected to be warmer than last year. While organic acreage is slightly below last year’s state total, it would not be surprising if total organic volume increased. This year’s organic acreage represents a bit more than 12 percent of total acreage, and the warmer weather expected this spring should increase yields.

The Rise in Organics: Why Retailers Expect the Demand to Continue in 2022

The pandemic definitely made consumers think more deeply about the food they buy and consume, which, in turn, led to significant growth in the amount of organic produce sold in supermarkets.

Organic fresh produce grew sales by 5.5 percent in 2021, topping $9 billion for the first time, and outpaced conventionally grown produce in year-over-year gains in both sales and volume, according to the 2021 Organic Produce Performance Report released today by Organic Produce Network and Category Partners.

The Rise in Organics: Why Retailers Expect the Demand to Continue in 2022

Organic Strawberries Tight for V-Day but on the Rise