Jim Donald, current Albertsons co-chairman, who has worked for some of the more well-known companies in the United States, told attendees at the recent Organic Produce Summit that when trying to leave a strong impression, a good story is golden. 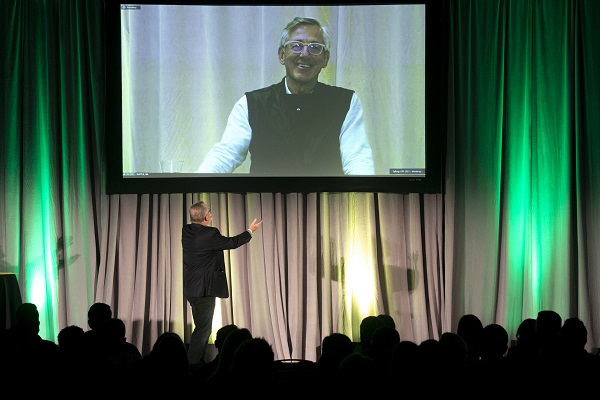 Donald, who has served as CEO of a handful of global companies, has also been credited with turning around the financial situation of several companies, including the Pathmark grocery chain. Telling a story, he said, leaves a much greater impression than all the statistics or data you may convey. He illustrated the power of storytelling by sharing an anecdote about his first full day as CEO of Pathmark, his first top executive role.

“The future of organics and the future of super marketing comes down to storytelling.” -Jim Donald

On that first day in 1996, Donald started at midnight at one of the company’s New Jersey warehouses. He talked to an employee named Anthony, who irreverently engaged with the new CEO as he was working with the cereal inventory. Donald chatted with Anthony to get his opinion about the operation, and when the new CEO left and promised to return another day, Anthony doubted it would ever happen.

Donald, however, did come back each of the first three months in his new position to visit with Anthony, who, in turn, spread the story like wildfire throughout the company, earning the new CEO respect and support as he took the company into and back out of bankruptcy. 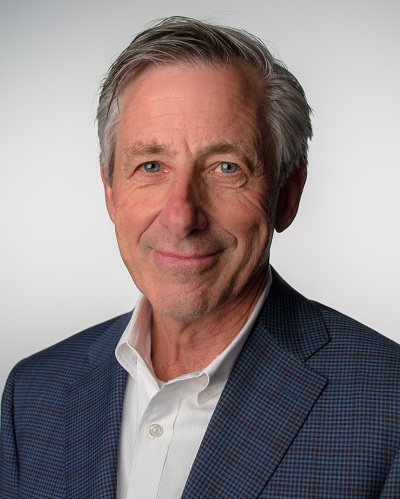 Time and time again during his 40-minute presentation, Donald revisited the concept of storytelling. He spoke of the time in 1997 (after Pathmark filed for bankruptcy and needed creditor financing) that he used a 15-pound farm-raised salmon in a presentation to illustrate the challenges of swimming upstream. He used the same metaphor, with a salmon in hand, a year later when he was trying to garner equity financing.

In February 2020, Donald said he was asked to deliver a speech to 1,000 employees by a CEO who was in the audience in 1997 and remembered the salmon story. That CEO told Donald he would get back to him about the topic of the talk—“but make sure you bring the fish.” 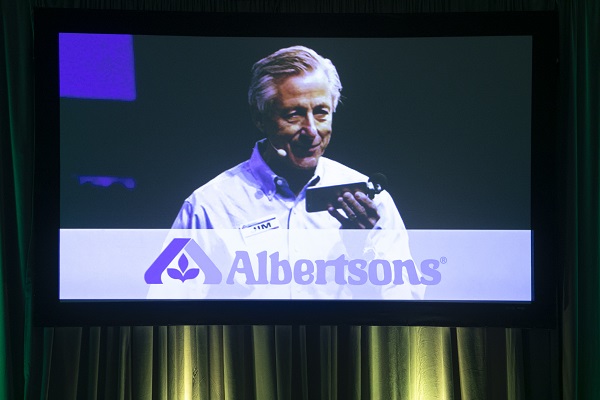 Researchers of the brain reveal that only two areas of the brain are engaged when confronted with data, Donald said, but seven areas react when told a story.

“If your story is a good one, they’re never going to forget. A good leader of industry will strengthen and improve their customer relations and product viability through the art of storytelling.”

Donald’s keynote presentation was a conversation with Kevin Coupe of The Morning News Beat. The pair discussed the challenging times both suppliers and retailers are in with COVID-19 having a major impact on business and society, and natural disasters also playing an outsized role.

There are also direct challenges to deal with, Donald said, including labor shortages, e-commerce, and supply chain logistics. Remembering a phrase he has used to describe challenges in other industries, Donald said adapting to change in the current retail environment is the equivalent of “trying to perform a heart transplant on a cheetah in the forest as it is sprinting toward its meal.”

Donald gave a huge shout-out to the retail and supplier companies that have gone above and beyond during these past 18 months of challenges related to the pandemic. He said their combined performances cemented their position as the “bedrock” of local communities and give them what Donald calls “street cred.”

Researchers of the brain reveal that only two areas of the brain are engaged when confronted with data, Donald said, but seven areas react when told a story.

Coupe noted that retailers have created “a culture of caring” and indicated it will serve the sector well moving forward. Caring is what organics is all about, and it will help bring a great future, Donald added. 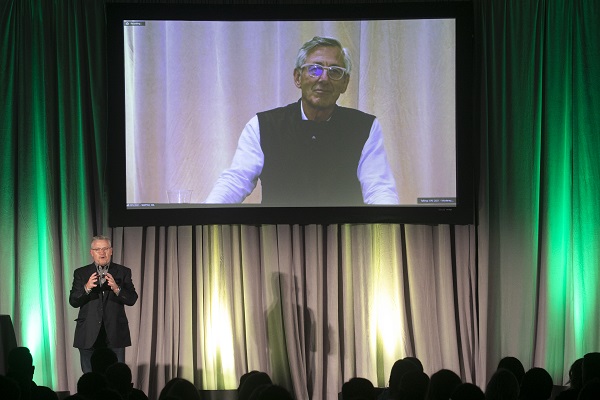 During the presentation, Donald continually reminded the group that in building anything you must take it one step at a time—or, in the parlance of produce sales, "one SKU at a time."

“If your story is a good one, they’re never going to forget. A good leader of industry will strengthen and improve their customer relations and product viability through the art of storytelling.” -Jim Donald

Donald remembered that when he went to work for Walmart, Sam Walton had a vision to become the largest retailer in the world and believed annual sales would someday reach $500 billion. At the time, Walmart was in the $40 billion range. Today, it does more than $750 billion in sales each year.

Quoting Walton, Donald said the Walmart founder told him that the key to growth is no matter how large you get, always think as if you have just “one store, one customer, and one employee.”

See and hear what OPS attendees have to say after last week's incredible show!

For investigative reporter and tech writer Larissa Zimberoff, there is a way for the organic food industry to get involved in the high-tech food industry for the betterment of the planet and improving organic production.

5. How One Grower is Tackling Organic Greenhouse Vegetables