Several different varieties of organic tomatoes should be available in good volume in September, giving retailers plenty of promotional opportunities.

Peter Oszaczky of Organic Harvest Network in Richmond, CA said that the company’s summer organic heirloom tomato program is finishing up, but its organic cherry tomatoes from Durst Organic Growers in Esparto, CA, are in the peak of its season. “Durst will have promotable volume of organic cherry tomatoes at least throughout September and into October,” he said. 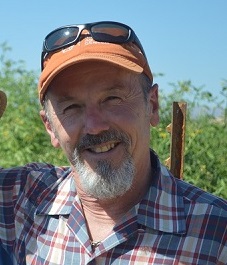 While hot weather can be a limiting factor, Oszaczky said this summer has been mostly compliant with a few hot streaks but nothing that caused anything more than a limit to the harvesting efforts. The Durst farm is located in the Hungry Hollow area at the mouth of the Capay Valley in Northern California’s Yolo County. This summer saw a few days in the 105-110-degree ballpark, which resulted in the harvest being limited to the cooler morning hours. But on the first day of September, the thermometer was registering in the mid-80s, with temperatures expected to stay below 100 degrees for the forecastable future. 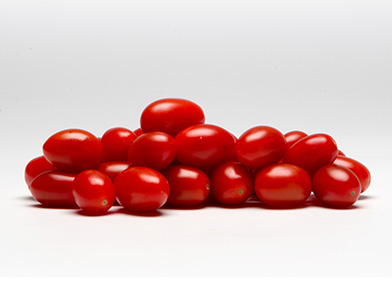 Durst’s Hungry Hollow-branded cherry tomato program encompasses eleven different varieties in different colors and sizes. “This is a special product with a very nice niche,” said Oszaczky. “We have a very strong local program on the West Coast from Seattle to Los Angeles, but we also have a national program.”

“This is a special product with a very nice niche. …We have a very strong local program on the West Coast from Seattle to Los Angeles, but we also have a national program.” – Peter Oszaczky

Michael DuPuis of Divine Flavor, which is headquartered in Nogales, AZ, reported that the company’s hothouse grape tomato program from Baja California is in full swing this month. The year-round production offers what DuPuis calls a “unique, tasting grape tomato that is becoming much more popular.” He said it is a great snacking tomato that pairs well with many different items. “I like to use it to make a mini caprese salad,” he said. 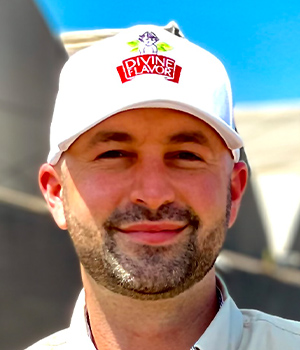 Divine Flavor prides itself on delivering this organic product all year long with consistent size, shape, color, and firmness.

Along with its other organic products, the company builds programs with retailers across the country, but DuPuis said it also has availability for spot market promotions, and September will be a good month for that. He reminded that the organic grape programs are Fair Trade Certified, and that hothouse production provides an extra layer of protection against climatic conditions. 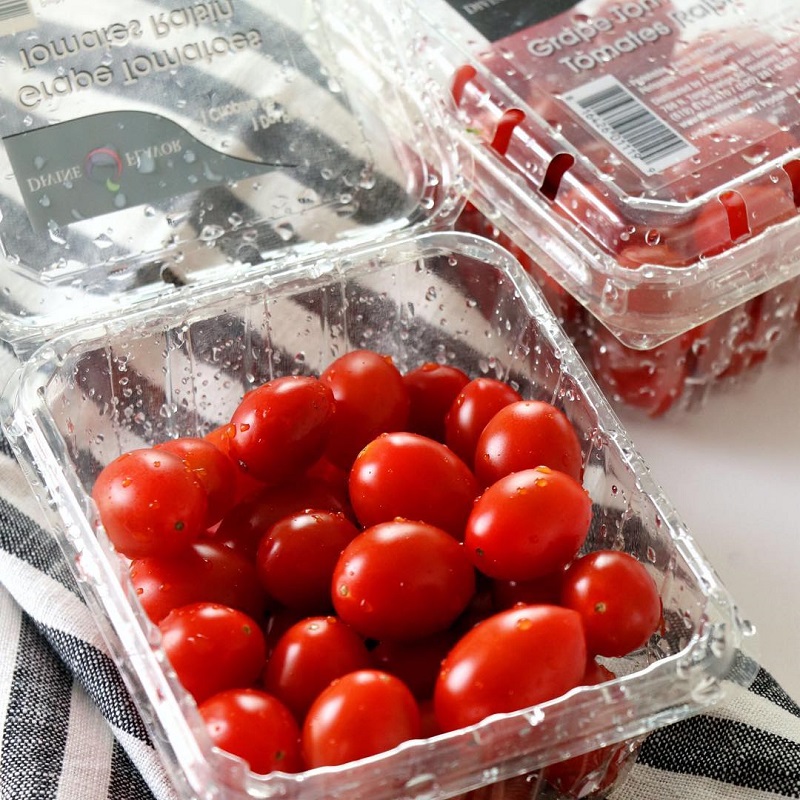 As he spoke on September 1, Hurricane Nora, which had been churning in the Pacific Ocean and battered the southwest Mexico coast at the end of August, had been downgraded to a tropical storm and was heading inland. DuPuis said they were watching the storm closely, but it appeared that it would not adversely affect the production in Baja nor the tomato crops in Culiacan, Sinaloa, which are still several months away from the start of their main harvest season.

Alex Leon handles organic sales for Bernardi & Associates, a broker specializing in tomatoes with offices in Nogales and many other tomato-producing districts. “Right now, there [is] a good supply of organic tomatoes from several different spots,” he said on August 31. “We have TOV [tomatoes on the vine], grape tomatoes, romas, and rounds. We have more right now than we usually do as some growers are a little bit earlier than usual.” 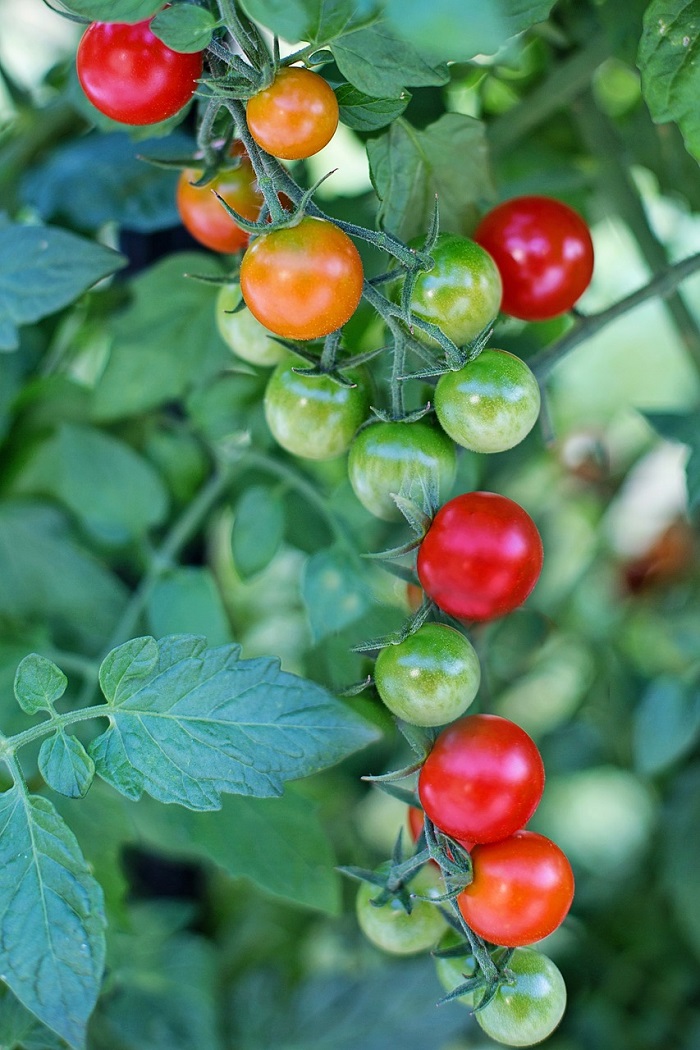 While he does have promotional volumes, especially with organic grape tomatoes, Leon revealed that many fall and winter tomato growers in Mexico are taking a cautious approach to their production this season. “I think we may see tight supplies [this fall and winter],” he said. “Growers don’t know what’s going to happen with COVID. We don’t know if foodservice is going to come all the way back. It’s just uncertain what’s going to happen, so some growers are planting less.”

“We have TOV [tomatoes on the vine], grape tomatoes, romas, and rounds. We have more right now than we usually do as some growers are a little bit earlier than usual.” – Alex Leon

He said organic tomatoes are not heavily used in foodservice, but there are niche operators that want organics, and he added that the entire tomato market is impacted significantly by the rise and fall of foodservice sales. 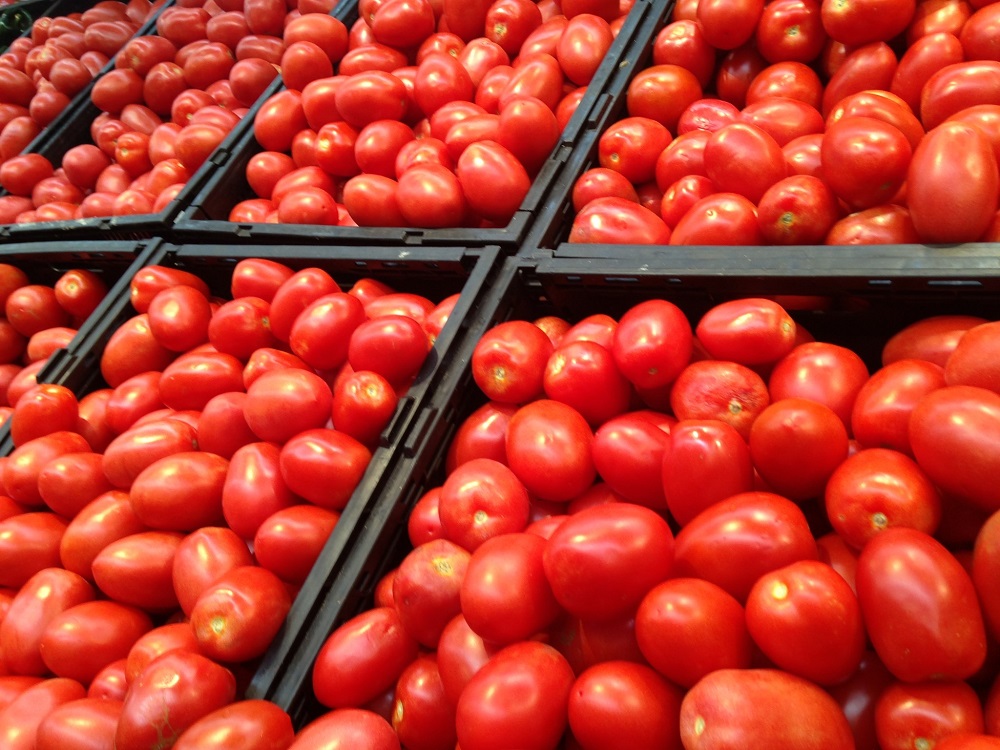 Leon said September is typically when the home-grown tomato deals across the US start to decline as they get impacted by harsh weather. He had not yet heard whether Hurricane Ida had impacted any of the local tomato deals as it made its journey from Louisiana through Mississippi and toward the Eastern Seaboard, but he expected any impact to be short-lived. “Rain will knock somebody out for a few days, but then they usually can start picking again,” he said.

With increased concerns over single-use plastic as well as a heightened awareness of the availability of more sustainable options, Yakima, WA-based Sage Fruit has been actively seeking alternative solutions to traditional packaging.

Cucumbers are a mainstay in the produce department, and recently they've been showing strong sales performance. Several industry players weigh in on the organic cucumber market.

Advertising has long been considered a way to lead businesses to success, with print, television, and radio ads fueling consumer spending, which, in turn, stimulates economic growth.