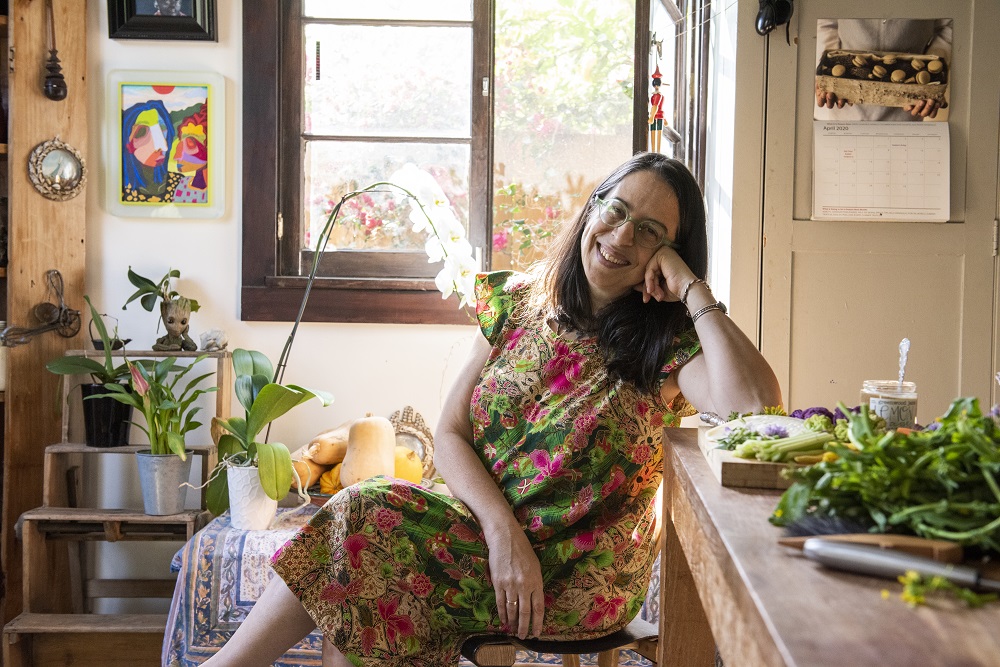 What is your background in food and farming?

Before founding Narrative Food, I was a screenwriter living in Europe for 25 years. The relationship people have to food is very different abroad in terms of seasonality and even just comfort levels in the kitchen. So I got pretty spoiled, and I got more and more interested in cooking and food during my time in Europe.

What led you to start Narrative Food (formerly Out of the Box Collective)?

When I lived in England in 2000, I became a drop-off point for a produce box, and I was wondering what it would look like to create boxes that included local foods from all the food groups with recipes using all the ingredients. I went to the trouble of writing a whole business plan of what that would look like and promptly put it in a drawer, got back to screenwriting and being a mom to young kids, and forgot all about it. And then we moved to the states in 2008, largely because I'd been working on a screenplay—telling the story of how the Greenpeace Foundation started. So I spent six months in the heads of these environmental activists who were trying to save the whales and announce ecology to the world. And around that same time, everybody was talking about Food Inc., Michael Pollan, and the Slow Food movement. I was also trying to figure out how to best feed my family in LA, and I started to discover the farmers markets and the growers. And then I remembered my dusty old business plan in the forgotten drawer and thought, actually, this is the time and the place to do it! I was wanting to take a stand and not just write about changing the world but actually do something that would have a positive environmental and social impact. 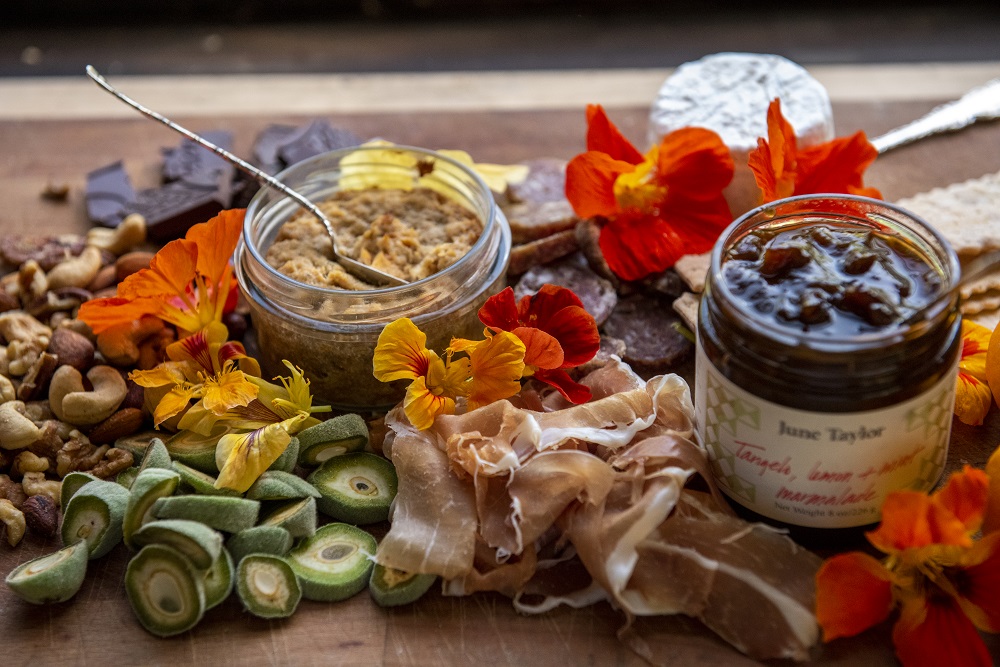 So I bought a refrigerated van, found a few brave customers, and started by shopping for the group at the Santa Barbara Farmers Market every week. My first employee and I would pick everything up, pack the boxes, and get them delivered all in one day. And it just grew organically from there.

"I was wanting to take a stand and not just write about changing the world but actually do something that would have a positive environmental and social impact." - Jennifer Piette

How much of your produce is certified organic?

I say on our website 95 percent is certified organic, but it’s probably more than that. The only produce that's not certified organic would be a small minority of the produce that I get through Fresh Point—Karen Beverlin’s program, which is all sourced from local growers at the farmers market in Santa Monica. 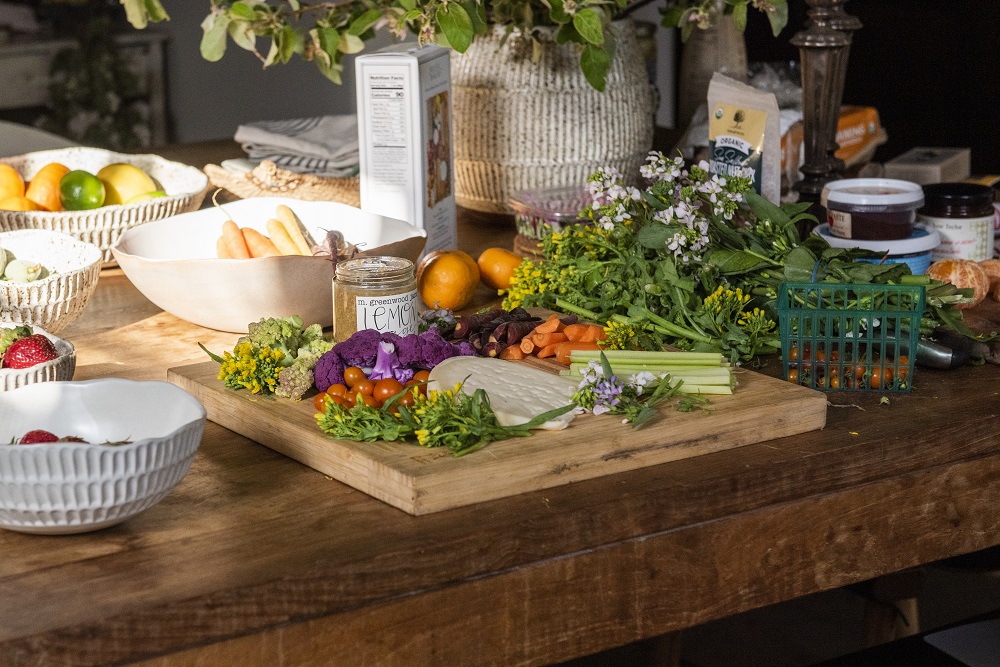 Why is carrying organic produce important to you?

I always talk about Narrative Food’s mission as trifold—making a positive impact on individual health, community health, and soil health. And you can't talk about one without talking about the other. So from an environmental perspective, soil health is probably the number one thing that we can do to help fight climate change, and that's just fundamental. We can make choices with our food that have a positive impact on the planet, so that's what we have to do, and buying certified organic speaks to our commitment on this level.

Of course, there's a knock-on effect for our health because of how nutrient dense everything is when the soil is healthy. I'm quite interested in the new regenerative organic label. It’s in its infancy, but I'm definitely watching that closely.

“We can make choices with our food that have a positive impact on the planet, so that's what we have to do, and buying certified organic speaks to our commitment on this level.” – Jennifer Piette

Can you name some of the growers that you source from? Are there specific crops that you like to buy from each of those farmers?

Sunrise and Givens are incredibly diverse growers, so I buy a wide range of items from them for our produce boxes. The Garden of… is also very diverse, but I'm most focused on their incredible lettuces. I source stone fruit from Ken’s Top Notch and Masumoto. Recently, I’ve started buying Harry’s Berries strawberries called Mara Des Bois, which are a French variety of strawberries that trigger so many memories for me of living in France. They're expensive, but people love them because they're so good! You're not going to find that flavor any other way. I haven't seen anybody else growing Mara Des Bois around, so it's just really special. 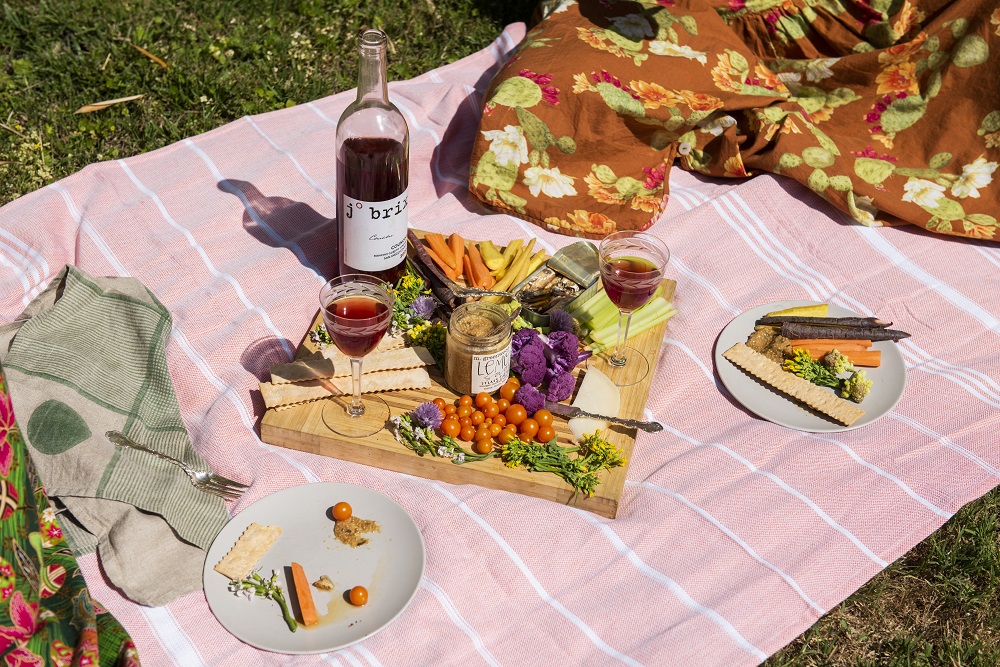 What distributors does Narrative Food work with?

We primarily have relationships with three produce distributors—Veritable Vegetable, Heath & Lejeune, and Fresh Point. We love Veritable, partly because they're also a women-owned B Corp—and because they have proven themselves as leaders in this space for decades. They pay growers good prices, and so they get great quality from them. And their buying strategy moves through produce quickly, so what they ship us is really fresh. I love that they focus on small to medium-size growers and have beautiful specialty produce—like harder to find crops!

Heath & Lejeune recently started a wonderful program buying from local growers, and the person who runs that program, Nina Foy, used to work with a Santa Barbara distributor that I worked with for years, so we’ve known each other for a long time! So now Nina’s at Heath & Lejeune, and she's buying from all the same growers that we love and have struggled to get down to LA from Santa Barbara—like Frecker, Sunrise, and Givens. I was so happy when she went to H&L and they launched this program because it just made my life way easier. It was a game changer! 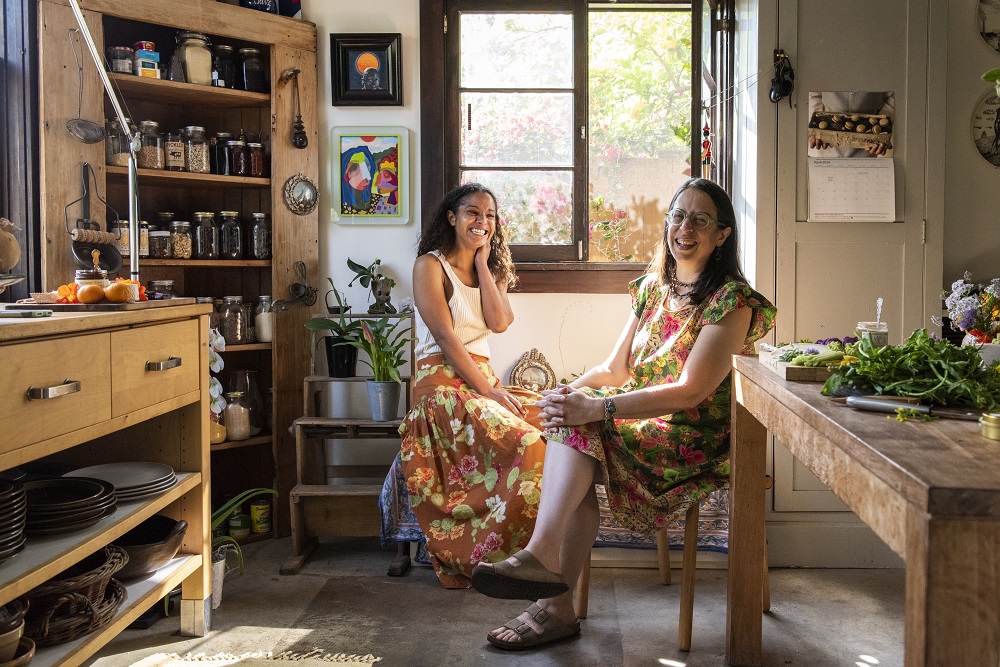 And then there's the program I mentioned earlier with Fresh Point’s Karen Beverlin. She’s like the produce whisperer at the Santa Monica market. She buys produce for some of the best chefs in LA, and she’s so knowledgeable. I can get items that come out of the Santa Monica market from her—Harry’s Berries Mara Des Bois strawberries, The Garden of… lettuces, Weiser potatoes, and more. 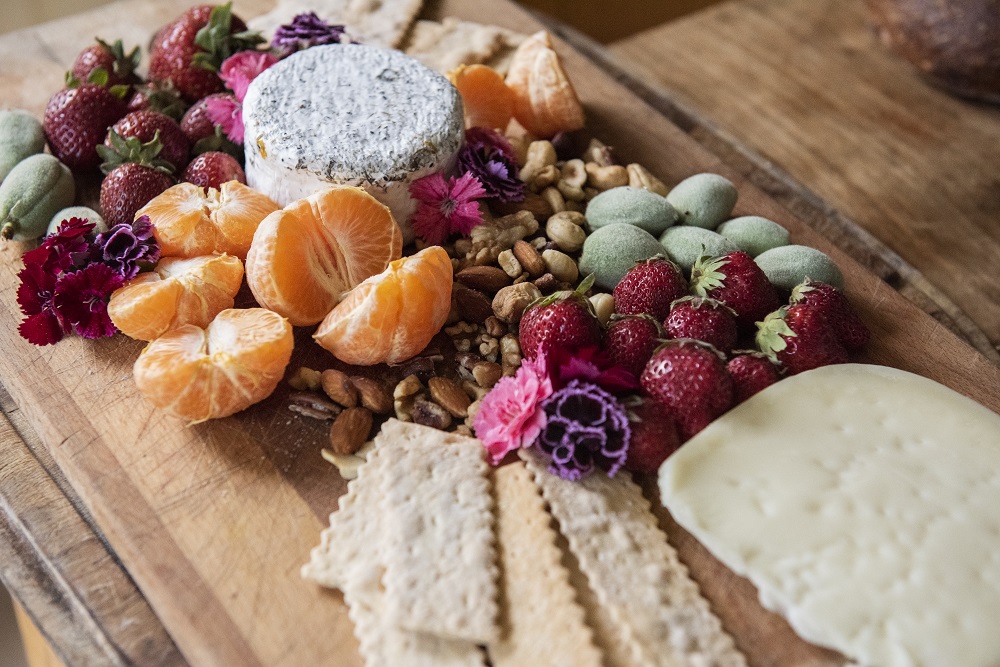 Can you tell us about the storytelling aspect of your company?

When I founded the company, it was called Out of the Box Collective. And as the years went by, I realized that what I was most interested in were the stories behind not just where food is from and the people who grow it or make it but the social aspect as well. Every week, we tell stories on a different theme with our Supper Kits. For example, in the past, we’ve done a Nowruz (Iranian New Year) box, an Iraq-inspired box, and a Soul Food box. We tell stories of community through the recipes and the foods. And, ultimately, for the people that cook those meals and share them, they're creating lasting memories for their household that become part of their own story.