Can you share a little bit about your background as it relates to organic food and farming?

My background in organic food and farming started as a child when I would spend summers helping on our family friends’ organic farm. Then, as a college student, I was the co-owner of a small organic food cooperative. While working at the food co-op, I developed a deep interest in the science supporting the environmental, public health, and cultural benefits of organic practices, and that passion followed me through my graduate career at the University of California, Berkeley, where I received a PhD in Integrative Biology. 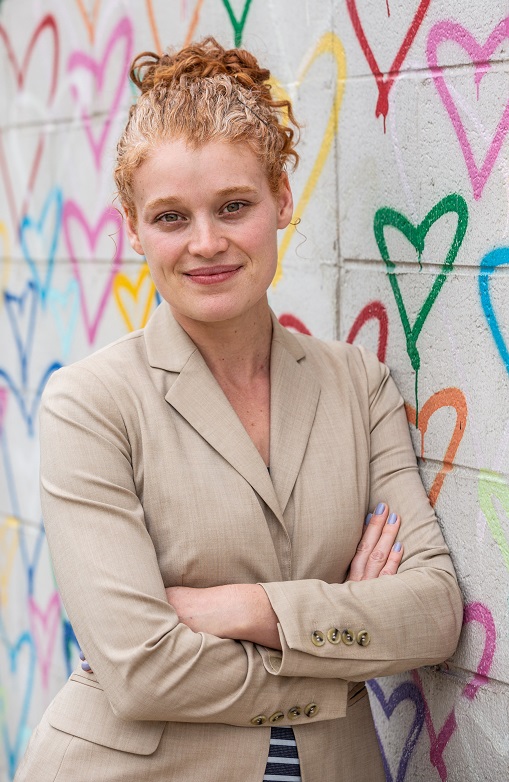 How long have you been at The Organic Center, and what led you to work there?

"While working at the food co-op, I developed a deep interest in the science supporting the environmental, public health, and cultural benefits of organic practices, and that passion followed me through my graduate career at the University of California, Berkeley, where I received a PhD in Integrative Biology." -Jessica Shade

From a scientific perspective, what are the health benefits of organic produce?

Studies on how these reductions in pesticides impact people’s health are limited, but we’re starting to see a few come out looking at dietary health impacts of organic food. One study showed that eating an organic diet may significantly lower cancer risk (even when controlling for other dietary patterns and lifestyle factors). Researchers compared French adults who frequently consumed organic foods to those who never consumed organic foods and found a 25 percent reduction in overall cancer risk. They also looked at specific cancer types and found that eating an organic diet significantly decreases the risk of developing three cancer types: Non-Hodgkin lymphoma risk is reduced by 86 percent; all lymphomas risk is reduced by 76 percent; and postmenopausal breast cancer risk is reduced by 34 percent.

The health impacts of organic are especially critical for farmers and for people living in agricultural areas because organic bans the use of toxic synthetic pesticides. Over the last decade, dozens of studies have shown associations between occupational exposures to pesticides and many serious health concerns for farmworkers and farming communities.

What does the science show about the environmental benefits of organic produce?

The environmental benefits of organic are well-supported by research and reach many different areas of our ecosystem. Here are just a few:

Pollinators have been disappearing in record numbers lately, but the good news is that choosing organic can help keep their populations healthy. Recent studies show that organic farms support more pollinators than conventional farms. Organic farms don’t use the toxic synthetic pesticides that are harmful to bees, and they provide beneficial insects and other animals food and places to live. 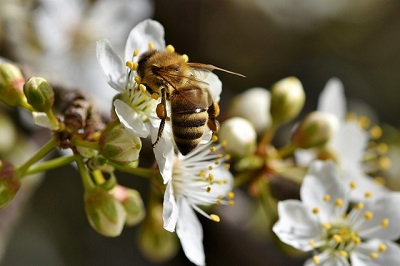 Pollinators aren’t the only organisms that benefit when you choose organic. Research shows that compared to conventional farms, organic farms support a greater diversity of life, including earthworms, beneficial parasitoids, native plants, and birds.

"Organic farms don’t use the toxic synthetic pesticides that are harmful to bees, and they provide beneficial insects and other animals food and places to live."  -Jessica Shade

Healthy soil is the backbone of our food system and helps ensure that we will have nutritious, delicious crops for years to come. Organic farming focuses on techniques that build soil, and research has found that organic farms have healthier soil. For example, a study published in the journal Ecological Indicators (Marinari et al., 2006) found that organic had a suite of improved soil health indicators.

Organic can also help ensure our waterways are free from pesticides. There have been several studies showing that pesticides are a big problem in our waterways and pose a significant risk to our health.

When it comes to the climate, organic helps mitigate climate change in a number of ways. One analysis of data from around the world found that, on average, organically managed soils release 492 kg less carbon dioxide per hectare per year than conventionally managed soils. Another study that was led by The Organic Center and the National Soil Project at Northeastern University showed that organic farming locks away more carbon in the soil than conventional farms.

Do you have any advice for how growers, wholesalers, and retailers can better communicate the benefits of organic produce to consumers?

My advice is to stick to a positive message. Organic has so many success stories where it can help mitigate climate change, support pollinators, build soil, and reduce exposure to pesticides. It can be overwhelming for consumers to hear only about the doom and gloom of current environmental and human health challenges—share some organic science to make people smile!

One of my favorite parts of organic is that the community is always working to continually improve as new science comes out on best practices. We’ve been working on several research projects to help organic farmers maximize the benefits that organic practices bring to the environment. We recently released a study in collaboration with researchers at the University of Maryland showing how organic farms can take carbon sequestration to a new level (best practices around organic soil amendments had the biggest beneficial impact). And we also collaborated with researchers at the University of Maryland on a comprehensive literature review of the best soil-building practices within organic. That study found that there are four key practices for improving soil health outcomes—cover crops, organic amendments, crop rotation diversity and length, and conservation tillage.

Twelfth-generation farmer Jordan Brandon continues his family’s farming legacy, which traces back to 1654. He is the last member of his family remaining in farming and the first in five generations to not grow tobacco.