Retail data covering almost all of 2020 reveals organic mushrooms are a growth category that is continuing to garner significant year-over-year sales gains.

Bruce Knobeloch, vice president of marketing and product development for Monterey Mushrooms, said for the 52-week period ending November 1, 2020, organic mushrooms registered 17-percent growth in sales volume and an extremely impressive 21-percent increase in dollar sales. This indicates that demand is growing faster than supplies. Knobeloch said that the growth is impacting all mushroom varieties, including white, brown, and specialty mushrooms. He noted that brown mushrooms, both conventional and organic, have produced similar sales gains over the last year. 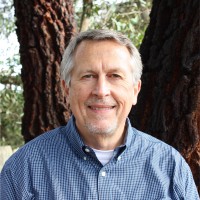 Knobeloch said that while the pandemic has resulted in an overall increase in retail produce sales, which has added fuel to the uptick in organic mushroom sales, the trend was evident even before coronavirus-inspired home cooking came onto the scene.

He believes the overall growth in all organic items that has been occurring over the past several years has played a larger role in the performance of organic mushrooms than the pandemic. He noted that the boom in organics is across categories and across the country. “You would be surprised (about where that growth is coming from),” he said. “Yes, it’s on the coasts, but it’s also in the middle of the country. The category itself is growing.”

Knobeloch said that while the pandemic has resulted in an overall increase in retail produce sales, which has added fuel to the uptick in organic mushroom sales, the trend was evident even before coronavirus-inspired home cooking came onto the scene.

Though an indoor growing environment allows Watsonville, CA-based Monterey Mushrooms to have a fairly steady organic mushroom production cycle year-round, Knobeloch said there are peak consumption times. However, he added that mushrooms have devotees all year long. Winter has traditionally been a strong sales period for all mushrooms as they work well in many soups and stews associated with that time of year. “But the summer has also become a good time for mushrooms," said Knobeloch, "as there are potentially more usage occasions with home cooks utilizing many cooking techniques including grilling.” 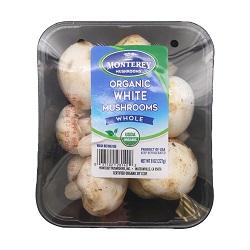 Knobeloch said 2020 was an unusual year, with retail promotion patterns interrupted by the pandemic, panic buying, and the need to concentrate on restocking shelves. “There were so many unknowns,” he said. “We are seeing the return of normal retail promotional practices, and that should be good for organic mushrooms.” He added that the current winter-to-spring period is a perfect time to promote organic mushrooms.

Kevin Donovan, national sales manager for Phillips Mushroom Farms, Kennett Square, PA, had a very similar report from his East Coast perch: “Over the past two years, we have seen exponential growth in organic mushroom sales.”

He said the company has dedicated a new facility to organic production and continues to use some older growing facilities as well. Phillips Mushroom Farms has been in the organic mushroom business for 15 years, according to Donovan. The farm produces organic mushrooms in all the varieties that it sells and has seen across-the-board growth.

Donovan said about 20 percent of the company’s production is organic, with about half that sold and labeled as such. While that would make one think that demand has not kept up with supply, the Phillips executive said that really is not the case. “We have to keep a buffer [between organic production numbers and sales]” he said, adding that the buffer is sold without the organic label. But he said the popularity of organic mushrooms in 2020 produced a wow moment. “I do not think it was because of the pandemic,” he said. “We saw sales trending up before the pandemic. The trend started the year before.”

“Over the past two years, we have seen exponential growth in organic mushroom sales.” -Kevin Donovan

Another indicator that the organic demand/supply curve is at least in balance is that organic mushrooms are commanding a healthy wholesale price premium of about 20 percent (compared to conventional), according to Donovan. He also agreed with Knobeloch's observations that the organic trend cuts across all mushroom varieties and stretches to every corner of the country. Though all of Phllips's mushroom facilities are in the East, Donovan said the company sells its organic mushrooms throughout the country, noting that there are organic customers on both coasts as well as in the South and the Midwest. 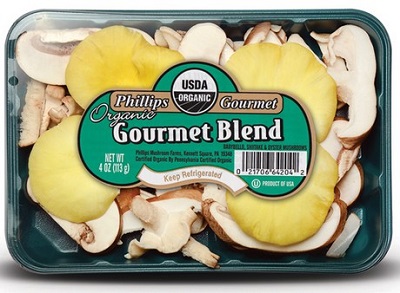 Donovan said it is currently a great time to promote organic mushrooms as the company’s supplies tend to peak in the winter months. He said the typical retail promotion for organic mushrooms is an in-store event that includes both price breaks and big displays.

The Real Organic Project is a farmer-led movement created to distinguish and label organic products that are grown in soil from those that are not. Every Sunday this month, the Project is hosting the Real Organic Symposium, a virtual event that features some powerful and recognized organic industry names.