With Peru, Argentina, and several districts in Chile offering organic blueberries to the U.S. market, supplies of the popular berry are on the rise with promotional opportunities in play over the next several months.

Luciano Fiszman, blueberry category manager for Gourmet Trading Company, Redondo Beach, CA, told OPN Connect that his firm now has year-round production of organic blueberries to go along with its conventional crop. He explained that the company’s organic blueberry rotation transitioned from Mexico to Peru in the summer. Currently, the company has transitioned its organic production to the blueberry district in northern Chile. “The trick is to have a little bit of an overlap but not too much,” he said, adding that managing the overlap is why Gourmet Trading's organic production in Chile started before its conventional crop was ready. 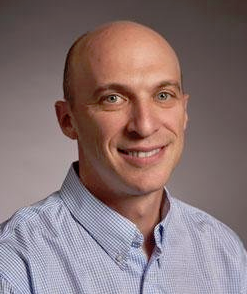 Chile has both a northern and southern growing region, with the southern region having more acreage in production. Gourmet Trading has an organic deal in each region, but its conventional production is concentrated in the south, which starts later. The company started harvesting organic blueberries from the north in late August with that production currently peaking, just in time for Thanksgiving. The southern organic production is expected to start in late December and peak in late January.

Because of these various growing regions, Fiszman said Gourmet Trading does have promotable supplies of both Chilean organic and conventional blueberries until at least February. In mid-November, he said the organic blueberry spot market “is all over the place, ranging from $14 to $24” per flat. The conventional market was at the low end of that range.

Fiszman, a native Argentinian, has been sourcing blueberries for Gourmet Trading for 15 years, and he said a decade ago no one would believe there would be promotable volumes of organic blueberries for Thanksgiving. He added that the best deals from Gourmet will be in 18-ounce clamshells, stating that, as has been the case with other commodities, larger blueberry packs have been the best sellers during this era of COVID-19. 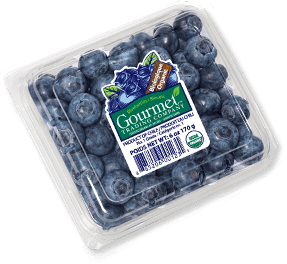 For California Giant Berry Farms, headquartered in Watsonville, CA, its volume of organic blueberries from South America will climb this fall, peaking after the first of the year as its Chilean production increases. Nader Musleh, Cal Giant's executive director of international business development, said the company's organic blueberry program grew significantly this season, and it does have good supplies, but promotable volumes will come in January. He added that the increased fall volume is “primarily due to new grower partnerships in both Peru and Argentina. This will provide us with consistent production from September through March from these locations. The reported increase in organic blueberries from California Giant is a result of these new partnerships.” 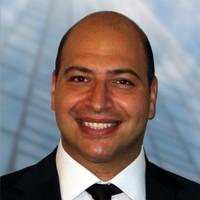 The best deals from Gourmet Trading Company will be in 18-ounce clamshells. As has been the case with other commodities, larger blueberry packs have been the best sellers during this era of COVID-19.

Musleh added that “a new fumigation protocol from Chile will now allow us to export organic product into the U.S. without issue. As a result, we expect a strong winter program with no gaps.

Cal Giant was expecting to augment its international organic blueberry supplies with some fall production from California, but that is not going to materialize until after the first of the year. “We were projecting our Oxnard/coastal California organic blues first harvest to take place this or next week,” said North American Blueberry Operations Manager Markus Duran on Tuesday. “However, we recently experienced a very unusual freeze event come through the area, and [it] took out our lead berry production. While we don’t expect to see production numbers decline as a result, we will let the crop reset and will not begin harvest until early January.” 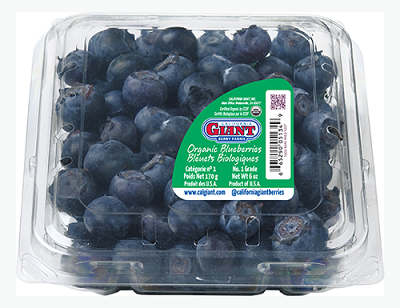 Karen Brux, managing director of the Chilean Fresh Fruit Association, explained that the new export protocol that Cal Giant’s Musleh was speaking of surfaced in early October when the “Systems Approach” regulation was published in the U.S. Federal Register. “This is great news for producers in the Ñuble and Biobio regions who will now be able to export to the U.S. through monitoring and inspection, with no fumigation required,” she said.

Based on the producers who have already registered to opt for the Systems Approach this season, Brux estimated that a volume of 9,500 tons is expected from the Ñuble Region and another 7,100 tons from the Biobio Region. “In total, the volume will reach 16,600 tons, representing 15 percent of the estimated total for this season. Most of this volume is estimated to be organic,” she added.  “This is very positive news for the U.S. market, where demand for organic blueberries continues to increase.” 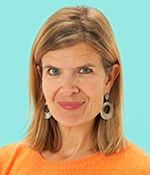 Based on the producers who have already registered to opt for the Systems Approach this season, Brux estimated that a volume of 9,500 tons is expected from the Ñuble Region and another 7,100 tons from the Biobio Region.

In total, Brux said Chilean blueberry producers are expecting to export about the same volume of blueberries to the United States in the 2020-21 season as they did last season, but a higher percentage of them will be organic blueberries. She added that the variety share is also shifting, with new varieties accounting for a larger share of production.

In the early part of the season, Brux said organic blueberry shipments do lead the charge from Chile, accounting for more than 90 percent of shipments, but those numbers will even out as the season matures. “While early shipments have had a greater percentage of organic fruit, and while we do anticipate an increase in the volume of organic blueberries destined for North America, the majority of blueberries shipped to North America throughout the season will be conventional,” she said.

In Their Words: Jimbo’s Ryan Peterson

Ryan Peterson is produce director for Jimbo’s, an independent natural foods retailer with five stores in San Diego County. Founded in 1984 by Jim (“Jimbo”) Someck, Jimbo’s has strict ingredient standards for all its products and features an exclusively organic produce department. OPN caught up with Ryan for a chat about Jimbo’s strong relationships with local growers, his department’s creative merchandising efforts, the three produce items he looks forward to each year, and more.

3. Awe Sum Organics is Making a Difference in Both the Local and Global Community

In Their Words: Jimbo’s Ryan Peterson