As the report notes, “U.S. beekeepers lost over 40 percent of their colonies last year, with the highest winter losses ever recorded. … Forty percent of insect species face extinction in coming decades … [and] a growing body of science shows that agricultural pesticides are one of the main drivers of insect declines worldwide.” 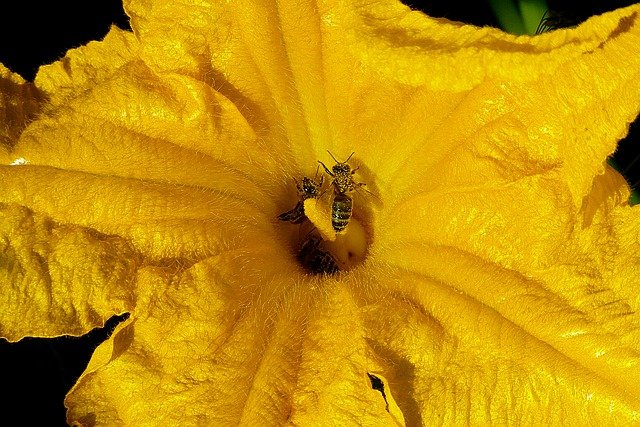 FOE found that Giant Eagle, a Pittsburg-based supermarket chain with more than 460 locations, has the strongest pollinator-health policy of the 25 major retailers and is committed to completely eliminating neonicotinoids (a group of pesticides that have been shown to be toxic to bees) from its supply chain.

“With as much as one third of the world’s food crop production dependent upon pollinators, it is extremely important that businesses and communities alike take steps to protect the animals driving pollination, particularly the honey bee population,” says Giant Eagle on its environmental sustainability webpage. “Giant Eagle recognizes that a variety of chemicals negatively impact pollinators, with the notable inclusion of the neonicotinoid family of pesticides.

“With as much as one third of the world’s food crop production dependent upon pollinators, it is extremely important that businesses and communities alike take steps to protect the animals driving pollination, particularly the honey bee population." -Giant Eagle

Giant Eagle has already eliminated neonicotinoid use from most of its live-plant supply chain and is currently in the process of reviewing the growing operations of all its fruit and vegetable suppliers. “The Company’s expectation is that all produce suppliers phase out the use of all non-essential chemicals, including neonicotinoids,” says Giant Eagle. “Suppliers are instead encouraged to utilize ecofriendly methods of pest or disease control when treating these products.”

Giant Eagle says it is working with each of its produce suppliers that use neonicotinoids to create a “chemical elimination timeline.” If these suppliers are not responsive, the company says it “will consider measures up to and including the discontinuance of the supplier’s affected products.”

Giant Eagle is also focusing on increasing its organic offerings as a key component of its pollinator-friendly initiative: “Giant Eagle recognizes the positive impact that the expansion of the organic food industry has on limiting and eliminating the use of all manmade pesticides. The Company is committed to offering our customers certified organic products at affordable prices … and continues to make the growth in the number and variety of organic items in our family of Giant Eagle brands a priority.”

“With these announcements, three of the four largest grocery retailers in the U.S.—Costco, Kroger and Albertsons—have policies. This demon­strates important momentum amongst grocery retailers to protect bees and other beneficial insects that their food supply chains depend on.” 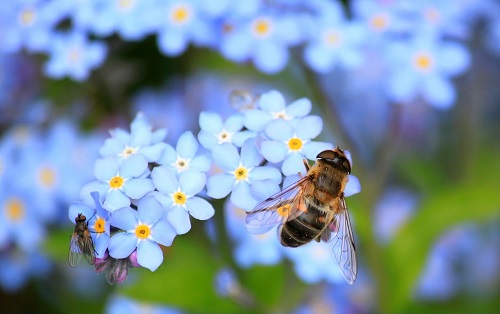 And just like Giant Eagle, these five retailers (Albertsons, Aldi U.S., Rite Aid, Costco, and Kroger) have all made increasing their organic offerings a major component of their bee-friendly policies.

While neither Whole Foods nor Trader Joe’s have specific pollinator-health policies, FOE notes that they both do well when it comes to organics’ share of their overall store sales. Organics make up 30 percent of Whole Foods’ total sales and 20 percent of Trader Joe’s. Both figures exceed FOE’s recommendation that retailers have certified organic offerings comprise at least 15 percent of total sales by 2025.

"Three of the four largest grocery retailers in the U.S.—Costco, Kroger and Albertsons—have policies. This demon­strates important momentum amongst grocery retailers to protect bees and other beneficial insects that their food supply chains depend on.” -Kendra Klein

FOE also assessed retailers’ efforts to help farmers shift from conventional to organic food production. Its report reveals that Whole Foods, Costco, and Wegmans are all making strides in this area.

Specifically, the report notes: “Costco reports working with U.S. farmers and ranchers to transition land to organic production. Wegmans oper­ates its own research-oriented organic farm to educate farmers about best practices. Whole Foods reports the most extensive set of practices supporting U.S. organic growers, including committing to price floors for farmers in transition to organic, providing financial support for organic and family-scale farmers via loans and investing resources in educating suppliers about organic practices and how to transition.”

The report also highlights Whole Foods for its advocacy of “federal policies that support strong organic standards and increased funding for organic research.” 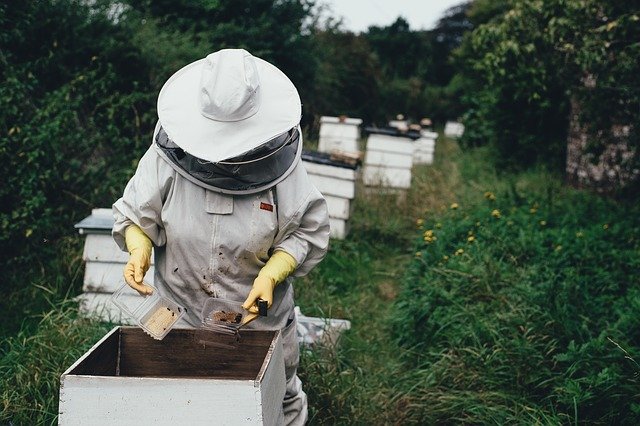 “These [independent food] retailers are leading the way on offering consum­ers bee-friendly food and are helping to reduce the use of toxic pesticides on farms in the U.S. and beyond,” says Klein.

Going forward, FOE is encouraging all retailers to take significant steps towards reducing pesticide use and supporting pollinator health.

“Widespread use of toxic pesticides is decimating pollinator populations. We are already seeing shortages in key food crops in the U.S. due to pollinator decline,” says Klein. “Food retailers have the power to help stop this by phasing out toxic pesticides in their supply chains. These companies should help growers shift to less-toxic approaches and spur a transition to organic farming, which is healthier for pollinators, people and the planet.”