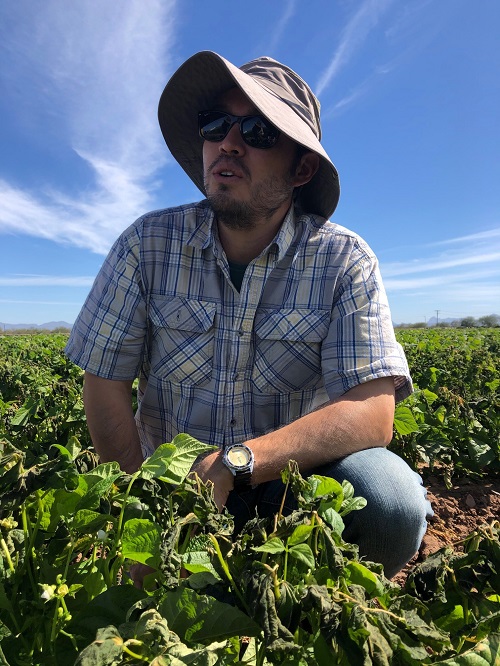 How did you get started in the organic agriculture/produce industry?

This was 100-percent a family endeavor. I’m a second-generation grower. My mother and father started this company back in the late ‘60s/early ‘70s as a conventional company (it wasn’t named Covilli at that point). They were conventional up until 1993 when they decided to get into organic because they just felt it was a better way of doing things.

I went to UC Davis for college, and before I finished my Ag degree, I went back home for a year and worked for the family company.

After I finished college, I jumped into the business wholeheartedly. We had two salespeople when I started in 2002, and one of them left unexpectedly, so my dad asked me, “Hey, we only have one salesperson now; I know that’s not what you wanted to do, but could you please help out?”

When did you become president and owner?

Around 2010 is when I started really running things on my own. My mother and father at that time were starting to make plans to retire. And then in 2014 when my father passed, that’s when I took over 100 percent. 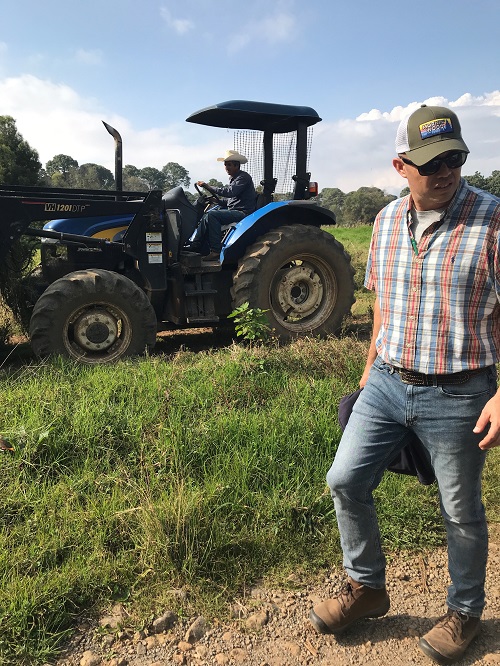 At one point early on in your organic ag career, your parents arranged an internship for you with Organically Grown Company, right?

Yeah, the summer after I finished college, my mom and dad sent me up to OGC—it was like a small-scale internship if you want to call it that.

It was a fantastic experience, and it really helped me to understand the trade and how produce moves from origin to retail. It was extremely valuable to me.

Where are Covilli’s farms located?

Our own farming operation (we also have partner growers) is about four hours south of Nogales, Arizona.

In addition to our farm in Sonora, this summer we began a project in Baja on the outskirts of Ensenada. We trialed heirloom tomatoes because we’ve been trying to create a year-round program since 2012—and this year we succeeded!

And we also recently started a third operation that’s further south of Ensenada by a couple of hours, and our intention there is to grow product that mirrors our winter program in Sonora (in smaller proportion) so that we’re able to have continual year-round production on the veg side.

What are Covilli’s top commodities (in terms of the ones you grow yourselves)?

One of our main commodities is summer squash. We’ve been doing summer squash for decades. That was one of my dad’s “lucky” commodities—he loved growing squash. We grow quite a bit of zucchini as well as some yellow straightneck, crookneck, sunburst, and patty pans.

The other program that is pretty significant is brussels sprouts—both green and purple. We’ve been doing them organically since the late ‘90s. We have a pretty robust program.

Heirloom tomatoes are one of our signature crops as well. We’ve suffered quite a bit with the heirlooms over the years, just learning the different varieties and how they behave and how to pack them, so we’re very proud of our heirloom packs. It’s an extremely difficult crop to grow! 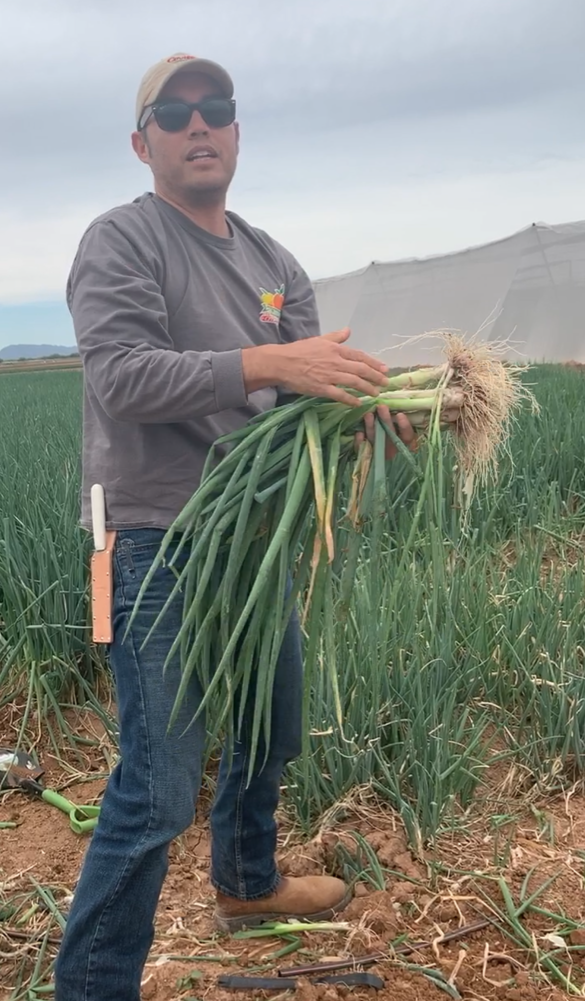 Can you tell us about your partnership with Briggs & Eggers Orchards?

That operation is out of Wilcox, Arizona at the base of Mount Graham. They have a wonderful story—they’re the last commercial organic apple orchard in Arizona. They offer about six or seven different varieties.

We don’t store any of their apples; it’s only a seasonal program. Briggs & Eggers harvests and packs them, and we’ll have the load by the very next day.

"Heirloom tomatoes are one of our signature crops as well. We’ve suffered quite a bit with the heirlooms over the years, just learning the different varieties and how they behave and how to pack them, so we’re very proud of our heirloom packs. It’s an extremely difficult crop to grow!" -Alex Madrigal

In recent years, you’ve started offering some tropical items—can you talk a bit about that program?

Yes, we’ve been doing limes, lemons, and pineapples for three years. We work right now with one pineapple grower in Oaxaca. He started his farm about 30 years ago, and it’s grown from one little 1-acre plot to about 50 acres.

We also do Valencia oranges. And those are from a group of three growers. They’re our neighbors in Sonora, and that relationship started about five years ago. We recently purchased a brand-new state-of-the-art packing line for citrus, so this year we’re going to be packing our own citrus in our packing shed here in Sonora. This means we’ll be able start our citrus program in November (whereas in previous years we’ve started in January). 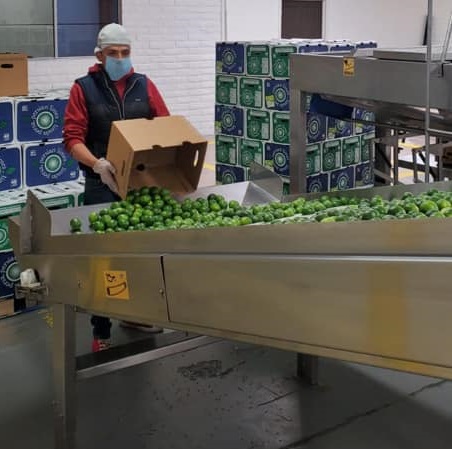 Limes being processed at Covilli

It’s all over the place! We have some co-ops here locally that will come in a pickup truck and pick up 15–20 cases from our warehouse in Nogales. And then we also sell to the big retailers like Whole Foods and Sprouts.

We work with retailers and wholesalers all across the country. We do a little bit with Canada but not as much as we used to. The only place where we don’t do a whole lot is foodservice—we still haven’t breached that one yet.

What kinds of trends have you noticed in organic produce sales in recent years?

What I see now is a return to packaging, a return to more value-added stuff. This is really a function of the pandemic—everything is colored by the pandemic now. Customers keep telling me, “I want this in a bag. I need it in some sort of packaging.” And so that’s the biggest thing I’m seeing right now other than just an overall increased demand for fruits and vegetables as more people are staying at home and cooking at home. 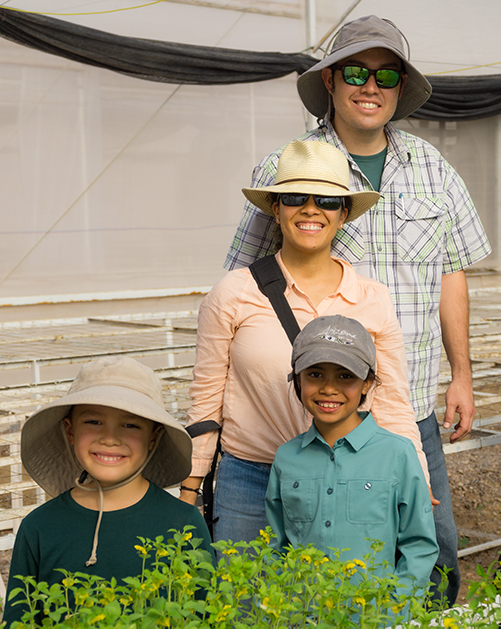 What are Covilli’s plans for the future?

We are going to be launching Covilli Organicos Mexico in Mexico City in October/November. We already have a warehouse there, and we’ll be distributing our own products to retailers, wholesalers, restaurants, and everything in between. And we are also developing a network of growers who will help us supply the Mexican market.

The way we see it, the organic trade in Mexico now is where the organic trade in the US was back in the early ‘90s. There’s a lot of interest and small-scale efforts by many young passionate organic growers that we will consolidate and strengthen. We already see good traction and have started to get quite a bit of a following.