Founded in 2010, Juice Shop offers a wide variety of high-quality raw organic juices to the Bay Area via multiple retail locations and home delivery. The San Francisco-based company sources the majority of its organic produce from California farms and uses a hydraulic press, which minimizes oxidation and preserves the produce’s valuable enzymes, minerals, and other nutrients.

The company was born out of the personal health crisis of one of its founders. In 2002, when he was just 19 years old, Charlie Gulick was diagnosed with a rare liver disease that doctors told him would require regular endoscopic procedures and an eventual liver transplant. 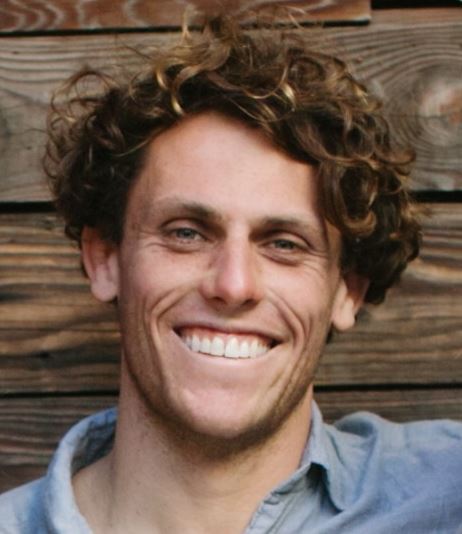 Rather than continue down the mainstream medical route, Gulick decided instead to try a holistic approach. He attended a program at the Hippocrates Health Institute in Florida, where a significant part of his healing protocol involved consuming unpasteurized organic juices and other raw organic foods. He experienced a relief in symptoms right away, and his liver function tests were soon back to normal. Several weeks later, he returned home to California in excellent health and with a newfound passion for the healing power of raw organic juice.

“I was very determined … to continue my new health regimen,” says Gulick. “At that point, it was 2003, and the only juice bar that I think you could go to was at Whole Foods.” So along with the support and participation of his family members, Gulick began making raw organic juices at home. “That’s where the joy of food and a holistic-health lifestyle really began for me and a lot of my family,” he says.

Fast forward about seven years, and Gulick and family wanted to be juicing more regularly, so they decided to start making large quantities of fresh juice every day. Gulick’s mom found out about the plan and requested they drop some juice off at her place. Not long after, some of her friends asked if they too could have some juice, and pretty soon, through word of mouth, a juice delivery service was born. 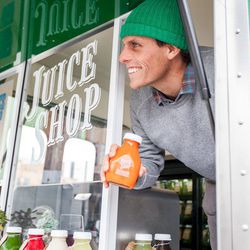 In 2012, Gulick and his wife and brothers opened their first retail location in a tiny kiosk-like space on Union Street in San Francisco. “[It’s] probably the smallest shop in San Francisco, maybe California—it’s like 24 square feet,” says Gulick, who explains that they make the juice in a separate production facility and then deliver it to the storefront. “Rent’s below $1,000 … [so] it was an easy stepping stone to feel it out.”

The store was so successful that the team soon opened several more locations—in Hayes Valley, SoMa, the Financial District, and Marin. All the while, they continued to offer home delivery, a service that’s always had a steady stream of customers, thanks in large part to the popularity of bundled juice cleanses.

Central to Juice Shop’s mission is the idea that food is medicine, and the company’s products are all designed with the healing properties of their ingredients in mind. “Our whole purpose is always to share juice in the light of that it has medicinal qualities that can help support your body for better,” Gulick says. 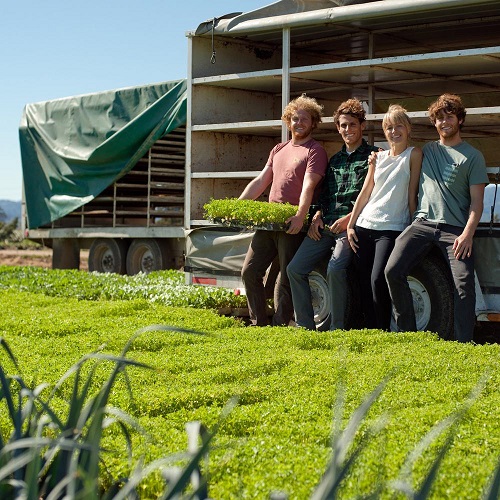 While Juice Shop began with green juices, over time its selection expanded to include other offerings, such as watermelon and a citrus blend. The company also sells potent two-ounce elixirs and sprouted nut milks, as well as a few dry goods. Gulick says Juice Shop’s most popular juices are its green ones (they currently offer five varieties), and its top two elixirs are a turmeric shot (mixed with pineapple, cayenne, and black pepper) and an immunity blend (ginger, garlic, oregano oil, and lemon).

Because of its emphasis on health, Juice Shop’s products have always been certified organic. “We don’t want to mess around with any pesticides, herbicides, [or] fungicides,” says Gulick. “Having clean, unadulterated juice was always our intention, and so conventional produce was immediately not going to be an option.”

With a direct-to-consumer business model, Juice Shop has been able to avoid pasteurization since only wholesale juices are required by law to be pasteurized. This lack of pasteurization, along with the use of a hydraulic press, has allowed the company to offer raw living juices with a high density of enzymes and nutrients.

When it comes to sourcing organic produce, Juice Shop is all about quality. “[We try] to find the best grower for [each] specific item,” says Gulick. “If it’s turmeric, for example, … the North Shore of Kauai is deemed to have some of the best turmeric in the world, and we’ve worked with a family [farm called Kolo Kai] there for maybe eight years now.”

"Having clean, unadulterated juice was always our intention, and so conventional produce was immediately not going to be an option." - Charlie Gulick

Sourcing locally is also a priority for Juice Shop, and it’s able to get all of its leafy greens from the greater Northern California area year-round (except in the case of a severe weather-related shortage). Some of the local farms the company works with include Full Belly, Tomatero, Star Route, County Line, Bleu Belle, and Sausalito Springs. 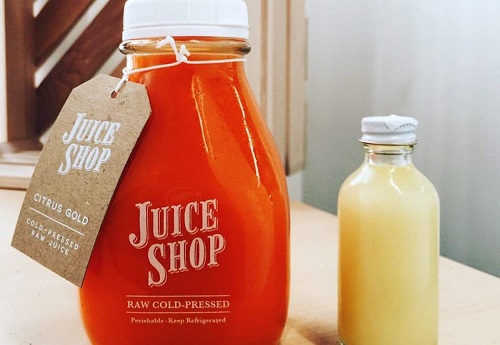 Juice Shop’s unwavering commitment to its founding mission—to provide the highest-quality raw organic juices bottled in glass—has helped it to stay competitive as the fresh-pressed juice industry has utterly exploded in recent years. Gulick says that while business did slow initially when a bunch of new juice businesses came online, Juice Shop’s lack of pasteurization, extremely fresh organic ingredients, and returnable glass bottles have helped it maintain a loyal following.

Like many other businesses over the last several months, Juice Shop has felt the impact of the coronavirus crisis. While it needed to temporarily shutter two of its San Francisco retail locations, the company has experienced an uptick in demand for its delivery service. Gulick and the rest of the team are also currently working on creating a shelf-stable drink product that won’t be subject to any distribution limitations. The new product is slated for a December release and, like all of Juice Shop’s offerings, it’s been formulated with health in mind and will feature the highest-quality organic ingredients.

For the past week, the Salinas Valley was filled with smoke and ash. Throughout an on-going pandemic, intense mid-summer heat waves, and now wild fires, organic producers are still filling the pipeline and seemingly not missing a beat.

Wish Farms is a fourth-generation family business based in the Plant City, FL. The year-round berry supplier is an international grower, shipper and marketer. Organic Produce Network discusses the evolution of its organic business, the challenges of operating in a global pandemic and its outreach to retailers with Amber Maloney, director of marketing.

When BioFlora started in 1972, “going green” was not popular and sustainable farming was not widely accepted. While this may have deterred others, it only fueled the company’s passion.