Neversink Farm is a highly productive market farm in upstate New York that grows over 75 varieties of organic vegetables on just 1.3 acres. Owned by husband and wife Conor and Kate Crickmore, Neversink is the result of the couple’s decision to leave New York City in 2009 and move to their beloved cabin on the Neversink River in Claryville, New York. 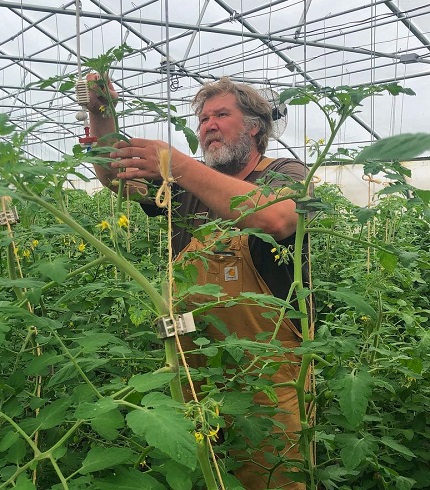 Conor and Kate’s original plan had been to homestead—to grow and raise their own food and then sell any excess bounty for cash to pay their bills. But it didn’t take long before they realized this wouldn’t work financially, especially since they wanted to have kids. They both loved growing vegetables, so they decided to contact the out-of-state owners of a nearby farm property that they’d long admired to see if they would lease them some land.

“We convinced them that we knew what we were doing even though we didn’t,” says Conor, who had formerly worked as a data architect building large computer systems for insurance companies and financial institutions. “We offered to pay them in vegetables, and they accepted, which was good because we couldn’t afford to pay anything.” 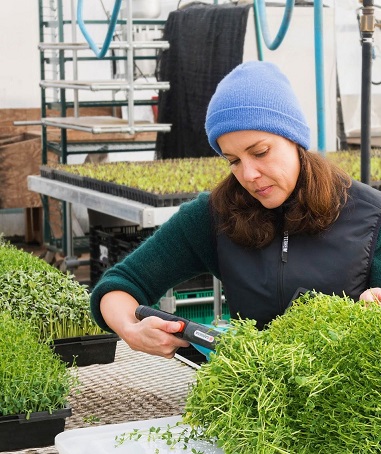 The early days were challenging—to say the least. The couple was initially allotted a plot of land that turned out to be essentially un-farmable. “We started trying to turn [it] into beds, and it was so rocky you couldn’t do it,” says Conor. “It was like 90 percent rock.”

They had to try a couple locations before they found one where rocks made up only about 50 percent of the soil. Using a BCS two-wheel tractor, Conor plowed the land while Kate followed after him removing the rocks by hand and collecting them in a bucket. She’d fill multiple buckets and then dump them in a push cart to wheel into the forest. “You can still see the piles of rocks in the woods,” says Conor. “They’re huge!”

The couple had $30,000 of start-up capital from their own savings, which they used to buy the BCS, a small grow house for tomatoes, a propagation house, seeds, and other necessities. The land they were leasing had very little electrical power (just one fuse box) and a single pipe, which carried water down from the mountain only during the summer months. Yet despite all these challenges, the couple was determined to make things work. 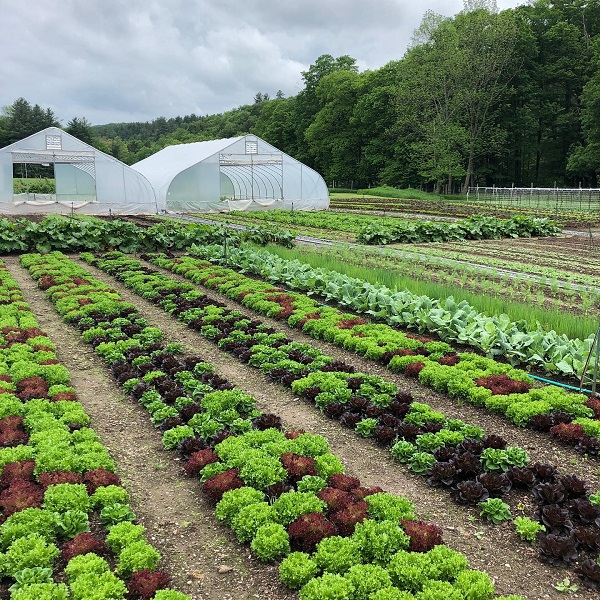 “Our first year was a mess,” says Conor. “We had to look for the vegetables in the weeds—we had weeds that were four or five feet high.” He decided that what they needed to do was create a set of efficient systems for every aspect of the farm—from planting to weeding to harvesting to tool storage and so on. Such a high level of organization doesn’t come naturally to Conor, who describes himself as “not organized at all,” but he forced himself to do it. He was convinced that a systematized and fastidious approach to farming would be the key to success— and he turned out to be right. Today, Neversink is one of the most productive and profitable farms per square foot in the US. 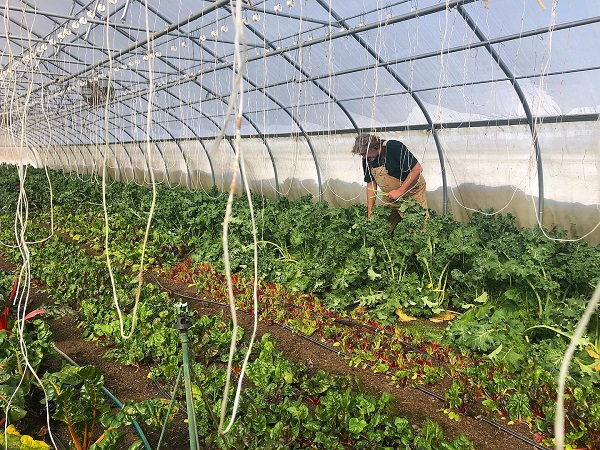 Conor and his wife, along with three employees, currently farm 1.3 acres of land, which includes six large hoop houses (two of which are heated in the winter). All the vegetable rows are meticulously planted, and every square inch is maximized for efficiency and optimal growing conditions. Over the last decade or so, Conor has put a ton of work into building the soil, which was primarily comprised of rocks and sand when he first arrived. Through manure and compost applications, cover cropping, and the incorporation of numerous amendments, he’s created an extremely fertile soil that yields beautiful organic vegetables.

Conor also maintains his soil’s richness through no-till farming, something he began practicing after he’d completed the rock removal process with the BCS. “Neversink no-till,” as he calls it, means his only methods of soil disturbance are the use of a broadfork for aeration and a tilther for smoothing beds and incorporating amendments. Farming this way allows crop residue and other organic matter to stay in the soil’s upper layer. At night, when Conor walks around the farm with his headlamp, he can see worms surfacing to ingest these organic materials, breaking them down into a healthy, microbial-rich soil. 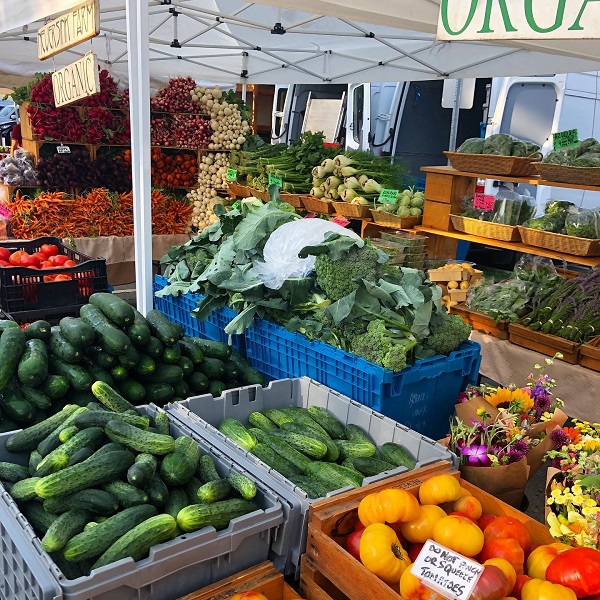 In the early years, Conor and Kate sold their produce and flowers at multiple farmers markets as well as to restaurants in New York City. However, they’ve found that it’s most efficient for them to sell once a week at the year-round farmers market in Pleasantville, a town in Westchester County. They sell a wide variety of vegetables and are able to command top prices during the off-season because of the limited availability of many items (fresh local carrots, for example, are very hard to come by during the winter and early spring in New York).

In 2018, after years of hard work, Conor and Kate were able to purchase the land they’d been leasing, which included a farmhouse and a barn. They’ve since renovated the barn, and it is now the site of periodic “table-at-the-farm” dinner events featuring Neversink’s produce and food from other local purveyors. Conor also plans to soon open an on-site farm stand. 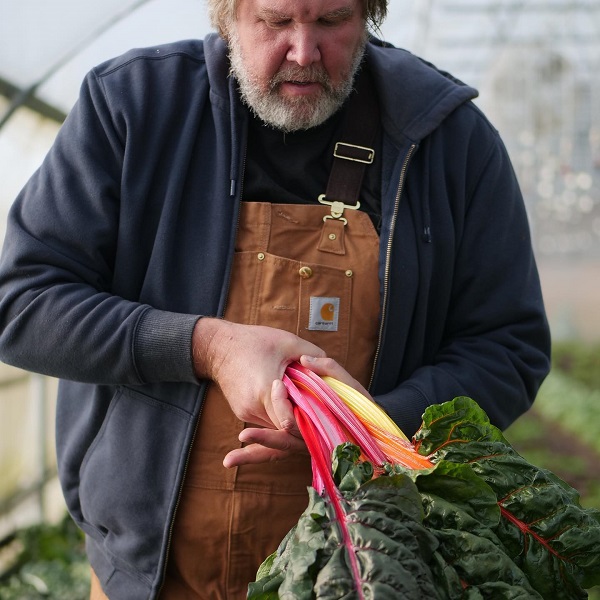 In addition to these endeavors, Conor, along with his friend and business partner Carson McNeal, runs a successful YouTube channel (it currently has nearly 42,000 subscribers) as well as a very popular online market farming course. His dream is to see a proliferation of small-scale organic farms throughout the country. Over the last decade, he says he’s observed an enormous increase in interest in market farming. “It’s just mushroomed,” he says. “It’s completely different today than it was a decade ago."

He attributes this trend, in part, to people’s growing desire to be closer to nature, similar to the back-to-the-land movement of the 1970s. On top of that, he says, “There’s also the demand out there with the regular consumer for organic, for things that are healthier—just pushback to the industrialized food system. … Those things combined—that there’s demand out there for it … [and] that people want to do it—have made it explode. … Hopefully, it will go on for a long time.”