WestFresh Distributing Inc., a successful California shipper, has solidified its standing as an organic producer with the purchase of an 80-acre ranch in the Coachella Valley.

“The opportunity arose for us to purchase high quality, organic farmland in the area and we have done so,” said Kirk Pohl, who started his company 27 years ago. Headquartered in Monterey, CA, the company has been involved in many conventional crops over the years but about a decade ago Pohl started to develop an organic program, which led to a collaboration with Brett Manion.

Manion is an established Coachella Valley grower specializing in organic production. WestFresh sells a significant amount of the production that Manion grows under his company moniker, Desert Custom Farming Inc.

A few years ago, Manion leased this 80-acre ranch, which was planted in organic grapefruit. Initially, 40 acres of the citrus trees were removed to make room for several vegetable items. The lease included the potential to buy the ranch, and in December Pohl and Manion purchased the ranch together. Currently, all grapefruit has been removed and the acreage is devoted to organic vegetables.

Pohl said that over the years the Coachella collaboration with Manion has included several organic vegetable crops including green and red bell peppers, green beans, eggplant, zucchini and yellow squash. This year’s spring crop is heavy in green bells and eggplant with light volume on green beans. Production is expected to begin around April 20 and last into late June. The collaboration also continues in the fall with organic production from late October through Thanksgiving. 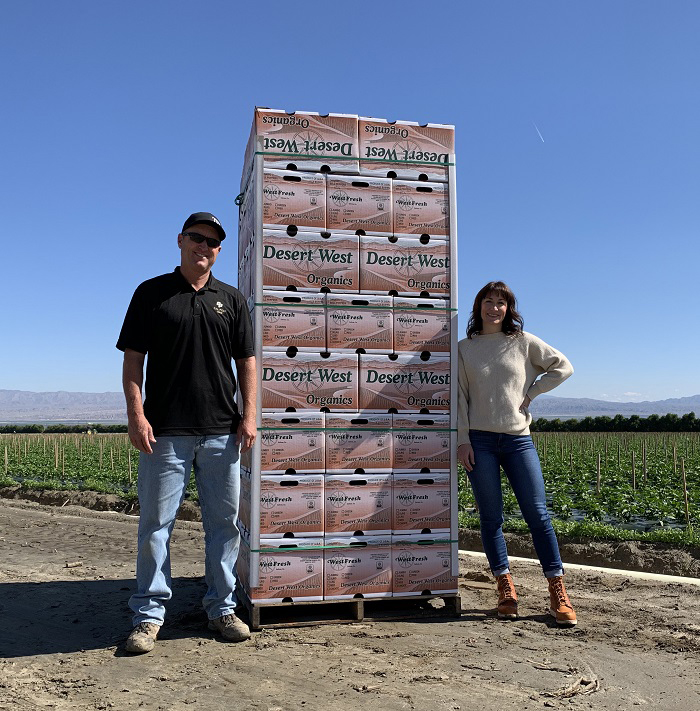 With the purchase of the land, WestFresh has also opened a Coachella Valley office staffed by produce industry veteran Bonny Iten, who will handle sales and marketing of the Coachella Valley production, as well as other organic crops that the company represents. The shipper sells its organic products under the Desert West Organics label.

WestFresh also represents other growers in Northern California, including in the Salinas Valley and in the coastal growing districts. Brussels sprouts, fava beans and English peas are among the crops grown during that late spring to winter season. The company also has an extensive organic green bean deal in the Baja California region of Mexico.

“We ship from June 1 through Thanksgiving, shipping 5-7 loads per week, giving us large volume,” Pohl said. WestFresh also packs shade house colored bell peppers out of this region from mid-June to mid-September.

Pohl recalls that he began his produce career selling fresh fruit from an urban produce stand in what is now the famed Silicon Valley. Four decades ago, San Jose still had a thriving tree fruit industry with apricots and cherries among the top producers. “We could sell 200 flats of strawberries a day.  We had quite a business,” he said. 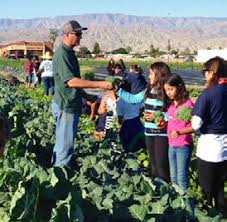 Speaking of the ranch acquisition in the Coachella Valley, Pohl said that it makes sense to become vertically integrated in the organic sector noting that the production of organic vegetables “makes for a better economic model for the farmer. It makes sense to continue developing the organic program.”

He added that demand for organics at retail continues to increase. He noted that virtually every retailer across the country has added an organic department, with some of the major retailers leading the charge.

We are clearly living in uncertain times, but the organic crops of California don’t know that-- and they continue to follow the well-worn path of their ancestors. As such, the transition from winter desert production to coastal California output began in earnest in late March and is now complete as we move through April.

Total organic fresh produce sales were up 22 percent for the month of March, with overall first quarter sales up eight percent in retail conditions unlike any ever experienced in the modern era of grocery retailing, according to the 2020 Q1 Organic Produce Performance Report released exclusively by the Organic Produce Network and Category Partners.

Live Earth Products, Inc., a father-and-son-run company headquartered in Emery, Utah, provides mineral products that help enrich organic animal feed, and supplies products that can improve soil with the addition of nutrients, improving the performance of fertilizer and the water holding capacity of the soil.

2. Demand for Organic Produce Surges as Certification Adapts to COVID-19

4. China is Emerging as Leader in Sustainable & Organic Agriculture