Nick Wigle is not your average beekeeper. While he does tend beehives, offer pollination services, and harvest honey, his primary gig is the removal and re-homing of feral bee colonies. Based in Santa Barbara, his beekeeping company, Super Bee Rescue and Removal, is known for taking the difficult jobs that no one else wants. “That’s what we specialize in,” he says, “the worst of the worst.”

Wigle’s passion for bees was born in 2008 when he was trying to come up with some extra income sources to help support a 12-acre ranch that his mother owns in Carpinteria, a small town south of Santa Barbara. It was around this same time that colony collapse disorder had become prevalent in North America, and Wigle thought that by becoming a beekeeper, he might be able to help save the bees while also earning some extra money for the ranch. He found a commercial beekeeper looking for a place to house his bees during the off season, and he rented him some space on the Carpinteria property and began an apprenticeship with him. 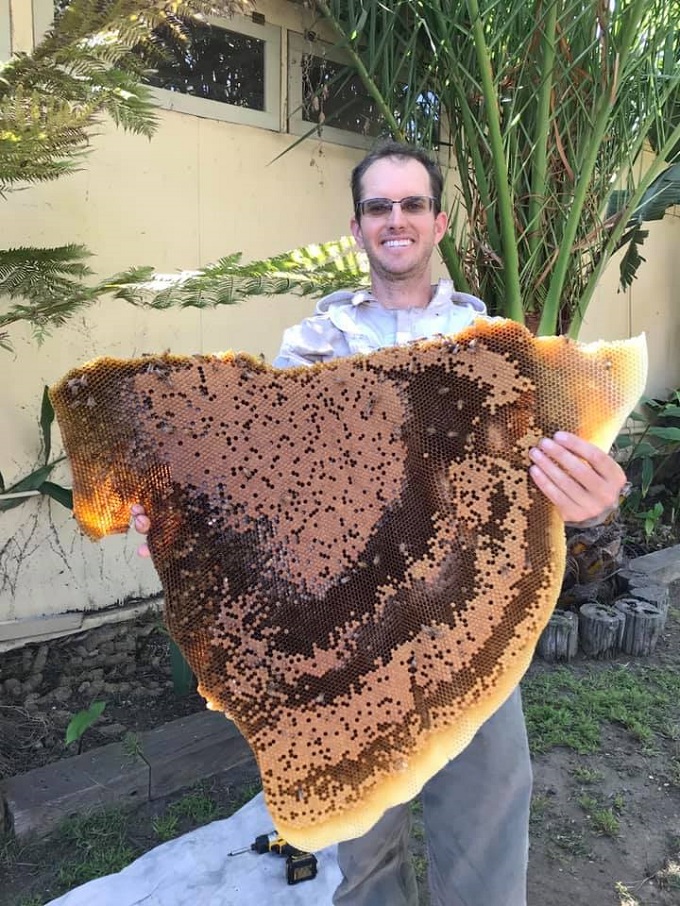 Over time, word got around town that Wigle was dabbling in beekeeping. “People started calling me up asking me if I wanted free bees,” he says. “And I thought that was a very fun thing. I asked, ‘Oh you’ve got a beehive in your backyard, and all I have to do is come pick up the box, and I get the box and I get bees? That sounds fantastic!’”

But it turned out it wasn’t that simple. The people calling him wanted help removing bees from unwanted—and often hard-to-reach—locations in their homes. Initially, he says, the homeowners offered him half the hive’s honey in exchange for the bee removal. This was hardly an enticing offer.

“I have a business background,” says Wigle. “And I looked at that, and I said, ‘Well, there’s no way I’m going to do this for half the honey.’… And so what I did was I said, ‘Look why don’t you go get an estimate from a pest control company and let me know how much they would charge to do what they’re going to do and kill the bees, and I’ll match that price.’”

The homeowners agreed, and Wigle’s bee rescue business was born. “I had some experience building houses, doing construction,” he says, “so I was able to take that plus my experience beekeeping and figure out ways to get bees out of the most outrageous and obnoxious structures and places imaginable.” 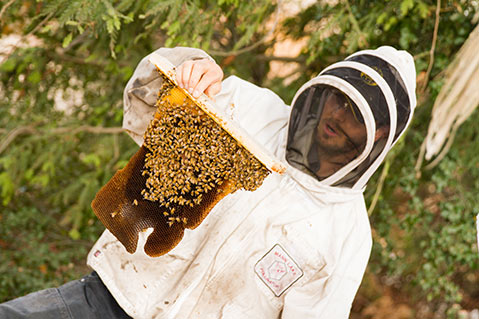 Some of the more difficult removals he’s performed include locations such as a cell tower on top of Macy’s, numerous historical buildings (which he’s had to repair after he’s made the removals), and water meter and cable boxes in the middle of downtown Santa Barbara.

After Wigle removes a feral colony, his next task is to re-home it. If the bees are sick due to one of what beekeepers call the “three Ps”— pesticides, poor nutrition, and pests—Wigle will bring them back to his “bee hospital,” an area in his yard that allows him to monitor the bees more closely and give them extra care. If the bees are in good health, he places them at one of about 80 locations in the greater Santa Barbara area that participate in his “foster parent program” in which property managers pay a monthly subscription fee to have rescue bees on their land (Wigle provides all the necessary materials as well as regular beekeeper visits and an annual case of honey).

Wigle says his ideal bee placement is a 10-acre or larger organically managed property. “We find that that’s large enough that we can minimize the negative effects of nearby [conventional] farms,” he says. Many pesticides are toxic to bees, and the aggressive weed control of conventional agriculture is also problematic for them because it eliminates wild flowering plants, an important food source. 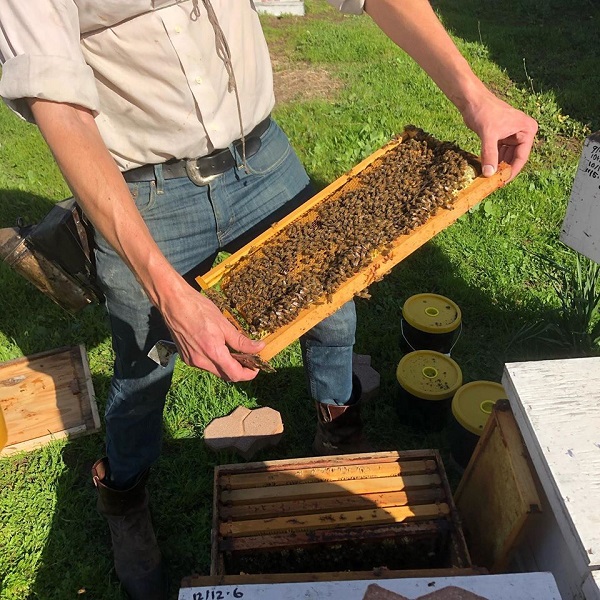 If bees are sick upon removal, bees are brought to the "bee hospital" for extra monitoring and care

Wigle really enjoys working with organic farmers, especially those who have invested in maintaining and creating pollinator habitat areas. “We definitely love it when organic farms … are doing … restorative agriculture where they’re healing the soil and providing wildlife sanctuaries with seed mixes and other stuff,” he says.

For more than six years, Wigle has kept bees on Las Palmalitas Ranch, an organic avocado farm in Carpinteria. He says the bees thrive there year-round (not just when the avocado trees are in bloom) due to the ranch’s farming practices. The farmers allow weeds to grow up in the orchard and mow them down infrequently. This gives the bees an abundant supply of nectar and pollen for most of the year, and it also creates a nutrient-rich green manure for the soil and the avocado trees. Wigle says the Palmalitas farmers have found the bees’ pollination to be so successful that in some years they’ve had to thin their crop due to an extremely high fruit set.

Not far from Las Palmalitas is another one of Wigle’s longstanding clients, Whitney Ranch, a family farm that grows primarily blueberries, avocados, and Meyer lemons. “They were having a really tough time getting enough pollination because blueberries are tough for bees to pollinate,” says Wigle. “So we worked with them, and we started putting bees inside the bird netting to get the bees right next to the blueberries. … And they said that their fruit yield has increased dramatically.” 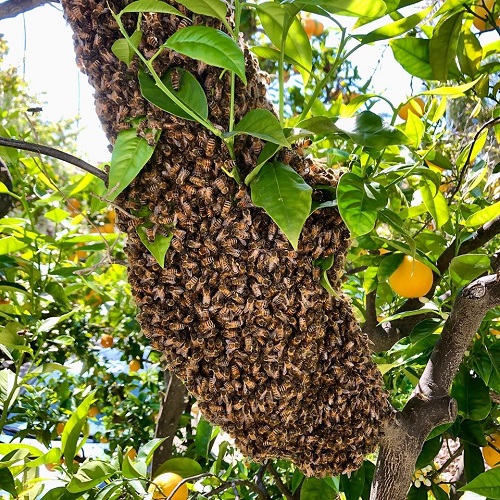 Unwanted bees are removed and re-homed, often to organic farms

Wigle sees rescue bees and organic farms as a natural fit. Because they’re feral, rescue bees haven’t been raised with the synthetic chemical interventions that many mainstream beekeepers use. In general, he says, feral bees are in better health than conventionally raised ones and do not require treatment with toxic miticides (Wigle does not use any synthetic chemicals in his beekeeping practice).

If organic farmers are interested in keeping rescue bees on their property but are having trouble locating a bee rescue service in their area, Wigle recommends asking a local beekeeper. “Generally if you can find a beekeeper, they’ll know of somebody like me,” he explains.

Overall, says Wigle, bee rescue services have been on the rise. His own business is in high demand and has grown almost 20 percent annually since its inception. He now has four employees and makes about 500 bee rescues a year, including ones for large-contract clients such as local governments and big businesses. “It’s been great! It’s fantastic—we’re able to save more bees,” he says gleefully. “We’re getting ready for springtime when things are going to get crazy.”

Seedwiz is an Israeli-based company that formed due to a profound need for transparent and comparable information on seed varieties and their producers.