Topping the list is organic cauliflower, but it also includes Lacinato kale and heirloom tomatoes, according to Robert Lichtenberg, director of purchasing for Earl’s Organic Produce, which operates from The San Francisco Wholesale Market. 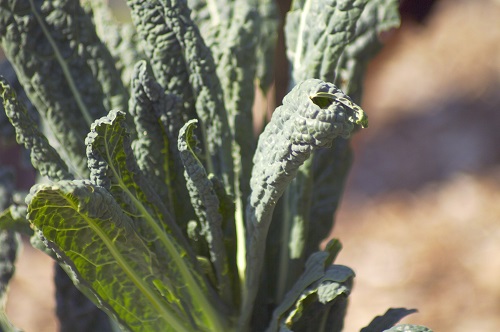 Lichtenberg told OPN Connect this week that many organic vegetables had a slow start this summer due to unusual spring weather, which included both higher-than-usual temperatures and plenty of rain in California.  By the end of July, many items were back on track but the three organic vegetables (cauliflower, kale and tomatoes) were still experiencing supply problems.

“Heirloom tomatoes had a slow start because of high heat this spring.  The plants just wouldn’t set the fruit,” he said.  “They are currently in short supply.”

Confirming this was Peter Oszaczky of the Organic Produce Harvest in Richmond, CA.  His firm is the exclusive distributor for several farms including Wilgenburg Greenhouses in Dinuba, CA.  Oszaczky said a late spring frost also contributed to the issue causing the vegetable-growing operation to lose some plants and must replant.  The replanting did allow for some production, but overall supplies of organic heirloom tomatoes are down.

Typically, the Dinuba production has a late summer to fall crop, but it is not going to happen this year because of issues with spring crop. He added that many California growers appear to be suffering a similar fate this season.  “There is a lack of production (on heirloom tomatoes) from California this year,” he said. 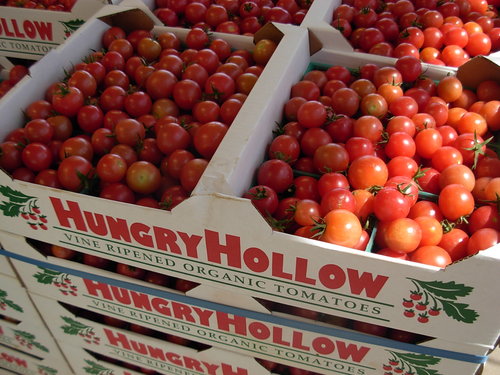 In its stead, Oszaczky said he has an excellent crop of artisan organic cherry tomatoes from Durst Organic Growers in Esparto, CA.  “Jim (Durst) has 11 different varieties with full flavor and full color that we ship nationally.  Right now, we are at the peak of the season and it’s definitely a promotable crop.”

Oszaczky said the standard price per carton is $28 for 12 one-pint containers, but he does offer volume pricing for promotional opportunities.  At this time of year, he competes against organic cherry tomatoes grown in Mexico and in the many local deals around the country.  He said there does appear to be good supplies in the category this summer.

Lichtenberg said organic cauliflower has been in short supply for several weeks.  That supply report agreed with the Market Report released by The Nunes Company on July 25.  In that report, Nunes noted that cauliflower “supplies will be very light for the next few weeks shipping from Salinas and Nevada. A steady to stronger market into next week is expected.” 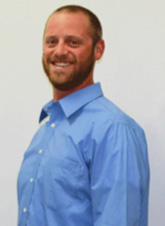 Kyle Vilhauer, a sales executive with Lakeside Organic Gardens, Watsonville, CA, noted that supplies of organic cauliflower have been fluctuating but he anticipated relatively good supplies as the harvest moves into August.

“The past two weeks we have been harvesting strong supplies of cauliflower and large sizes at that.  Right now, we are tight on cauliflower but predicting a strong harvest and back to normal supplies next week,” he said. “If you can find cauliflower now, the FOB is around $36-$40. Prices will come down next week once supplies come back. We are not alone; other growers are experiencing the same thing and also struggling with aphids. Fortunately we are winning that battle.”

Regarding organic Lacinato kale, Vilhauer said the supply situation would also be straightening itself out in August.  “Our Lacinato kale is beautiful. We are hearing from some of our customers it's the deepest and best colored Lacinato right now,” he said.  “Last week we were experiencing limited supplies, but we are back to solid production with perfect quality. FOB is $18 - $24. Price and production should be steady from here on out.”