At least that is the view of Jonathan Steffy, vice president and general manager of Four Seasons Produce, who moderated a panel discussing the subject at the recent Organic Produce Summit, held in Monterey, CA in mid-July. Joining Steffy were Amy McClellan, senior vice president of Indiana-based Martin’s Super Markets; Micah Shea, vice president of sales for Taylor Farms/Earthbound Farms in the Salinas Valley; and Calvin College, prepared foods manager for the Lexington Co-op, a 14,000 member retail operation in Buffalo, NY. The foursome explored the topic and generally concluded that there is a great opportunity for increased sales of organic meal solutions, but execution at retail has its challenges. 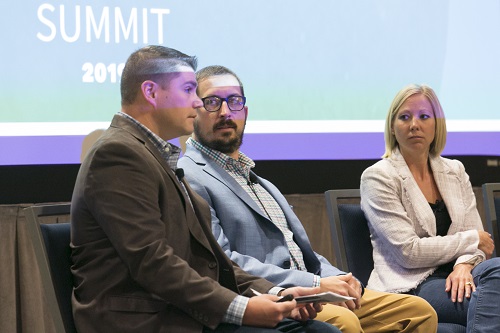 In preparation for the panel discussion, McClellan surveyed 5,000 of Martin’s customer who buy organic produce.  The survey determined that about 45 percent of them said they would be more inclined to buy a meal kit if it was made with organic ingredients.  The survey further revealed that about 55 percent said they would be willing to pay a premium for organic meal kits. The comment portion of the survey revealed, however, that many of the buyers of whole organic produce are just not interested in purchasing organic meal kits as they like to make their own organic salads and meals.

McClellan said those results show that there are opportunities to offer an organic meal kit within their stores and increase sales.  Martin’s currently offers prepared foods from the produce department that are made at each store and labeled as such.  She said that appears to be a big plus to their customers and increases sales of those kind of offerings.  By making the product in-house, she believes the consistency of quality and presentation improves.  She said a drawback of offering organic meal kits is that you need big displays which tends to increase shrink.  Nobody, she said, wants to buy the last meal kit on a display. She theorized that an on-line ordering system with the meal kits being made to order and picked up later the day could eliminate shrink and guarantee sales.

She added that the educational component is huge as consumers would need to be informed of the value proposition associated with organic ingredients that would help them accept the price differential. 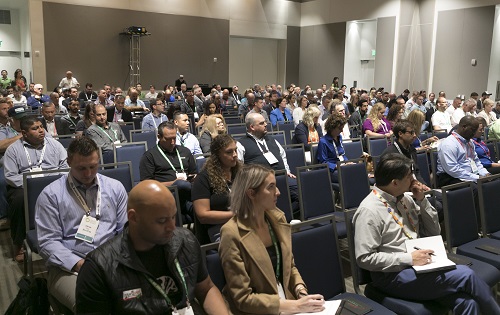 College, who spent a decade as a chef and won numerous awards, reported that Lexington does a robust business in prepared foods, including offering an expansive salad bar, at its two locations.  He likes the idea of offering organic ingredients in a meal kit or salad but thought making an all-organic offering could cause it to be too expensive for most customers. He noted that while Buffalo has a food scene, it is Buffalo and not New York City.

However, he believes strongly that organic sales and supplies will continue to increase with the economies of scale bringing the price down and narrowing the gap between conventional and organic produce pricing.  At that point, offering an organic meal kit might not be accompanied with a burdensome price point.

Shea discussed the value proposition offered by Taylor Farms, and its newest acquisition, Earthbound Farms.  The company offers private label value added produce items as well as a large assortment of branded organic salads with the Earthbound Farms label.  He indicated that the company can create custom products to fit the needs of retailers helping them to offer prepared meal kits or to prepare meal kits in their backrooms. He offered up his company as a solution finder to these firms as they attempt to grow their meal kit business on either the conventional or organic side.  He advised that the centralized creation of these kits by a large company like Taylor Farm does offer price advantages.  Simply stated, Taylor Farms can make prepared salads and meal kits at a lower price point than a supermarket can achieve in its back room. 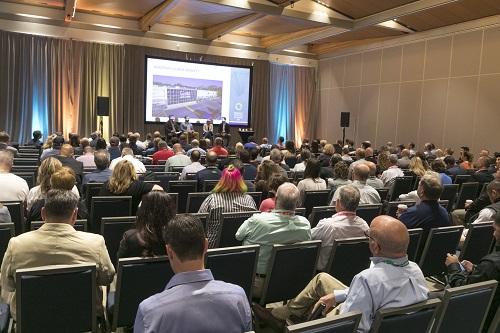 In discussing some of the pricing challenges of offering prepared foods, including the high cost of retail labor, both McClellan and College conjured up a well-worn answer to that always vexing problem.

“You need to sell your way out of it,” said McClellan.

College had the same idea stating that “sales cure everything.”