As chef-owner of restaurants Blue Hill in Manhattan and Blue Hill at Stone Barns that includes an attached four-season farm and educational center in Pocantico Hills, New York, Barber raises and grows much of what he cooks and he is committed to organic----but the relationship went deeper on that day about ten years ago. As the keynote speaker at the Organic Produce Summit in Monterey last week, Barber told his story to a packed auditorium of growers, processors, shippers and retailers from around the world. 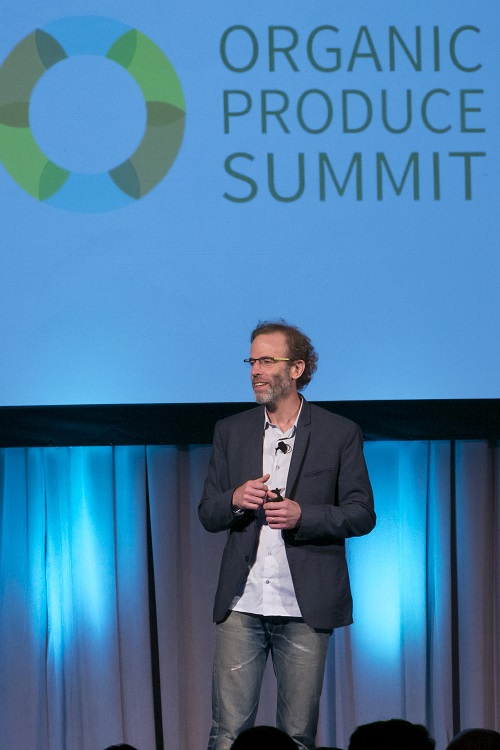 Actually, he told several stories, weaving them together with as much care as he plans a new menu item, and with a low-key intensity driving home the importance of organic farming for nutrition and taste. A decade ago, Barber got a visit at his restaurant from famed French chef Alain Ducasse. It would be a short visit early in the morning, but Barber was excited to share some his specialties.

“I decided to serve bread and butter,” Barber explained as the audience giggled at the simple fare. “Actually, the bread was a no brainer,” he continued. “We have been serving this bread made from emmer wheat for many years and are quite well known for it, but it was the butter I was really excited about. It was coming from my family farm in Western Massachusetts, Blue Hill Farm. My grandmother started it in the sixties as an all grass diary. I thought with the pasture protocols we had put into place it was producing some of the best cream and butter I had ever tasted. I wanted chef Ducasse to taste it and love it.” 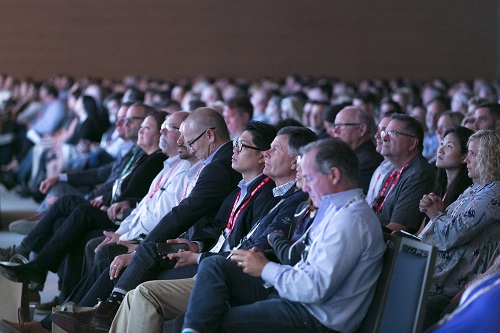 Ducasse was polite but clearly less than impressed. Barber pressed him for more information. Seemingly out of nowhere, Ducasse asked if there had been rain at his farm recently. Barber thought about it and realized that there had been a ton of rain thanks to Hurricane Irene. That made enough of a difference that Ducasse could taste it in the butter. He also asked if a Cuisinart was used to process the butter.  Barber assured him that the butter was always made by hand, only to discover a few days later his staff had taken to using the machine to save time. All those details mattered to the point where a master chef could taste the difference. Barber was inspired to learn more about deliciousness and its connection to how food is grown, raised and processed. 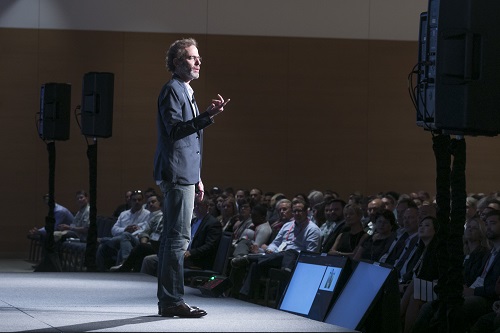 A trip to Klaas Marten’s farm, which produced that special emmer wheat used to make Barber’s bread, led to another revelation. Upon arrival, he didn’t see much wheat. He saw a ton of cover crops and other grains such as barley, millet, buckwheat and rye, but not a lot of wheat. “Klaas planted all of these in a meticulously timed rotation to lock and load his soil with proper biological health and that was resulting in the wheat that was making me quite well known at Blue Hill. I realized I was only supporting a tiny slice of a large and complicated ecological pie. I went back to the restaurant and within a week I had a new dish called rotation risotto, using those other grains from Klaas’ farm. I did it so the diners who come to the restaurant would start to understand the nuts and bolts of what it means to farm organically.  I needed to support the whole farm.”

His final story involved a late-night casual discussion with a restaurant patron, Michael Mazourek, who, turns out, was also a breeder of butternut squash. Upon learning that, Chef Dan asked jokingly, “Why do chefs and home cooks have to go through these heroics to make butternut squash taste good, adding honey and maple syrup, roasting it to get any kind of sugars out it and get out the water. Why don’t you breed a butternut squash that actually tastes good?” Much to Dan’s surprise, Michael took the challenge to heart and after several years of collaboration, the chef and breeder perfected Honeynut squash – a new kind of butternut. “It is stunningly delicious,” Barber says with obvious pride. “It’s overtaken the squash market on the East Coast and increasingly all the way to the West Coast. It’s going into Costco next year.” 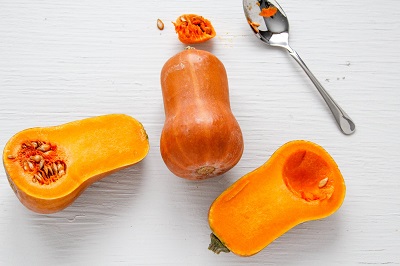 All of Barber’s stories stress the point that good food is no accident. From our foods’ unique relationship to the environment where its grown and nurtured, to the responsibility to support sustainable farming broadly, to what he calls the pursuit of deliciousness are all part of the organic equation. “If we are going to pull organic agriculture more into the mainstream, we have to eat the whole farm. And part of that is making these varieties more delicious. My hope for the future is that we will talk about the some of the weighty issues talked about at this conference and the pursuit of pleasure and deliciousness as one subject.”

As Barber sees it, future organic growth depends on it.