Though it is a year-round deal, the Peruvian organic ginger deal is moving into its peak shipping period as supplies take a bit of a dip in the spring with peak volumes available between July and March. 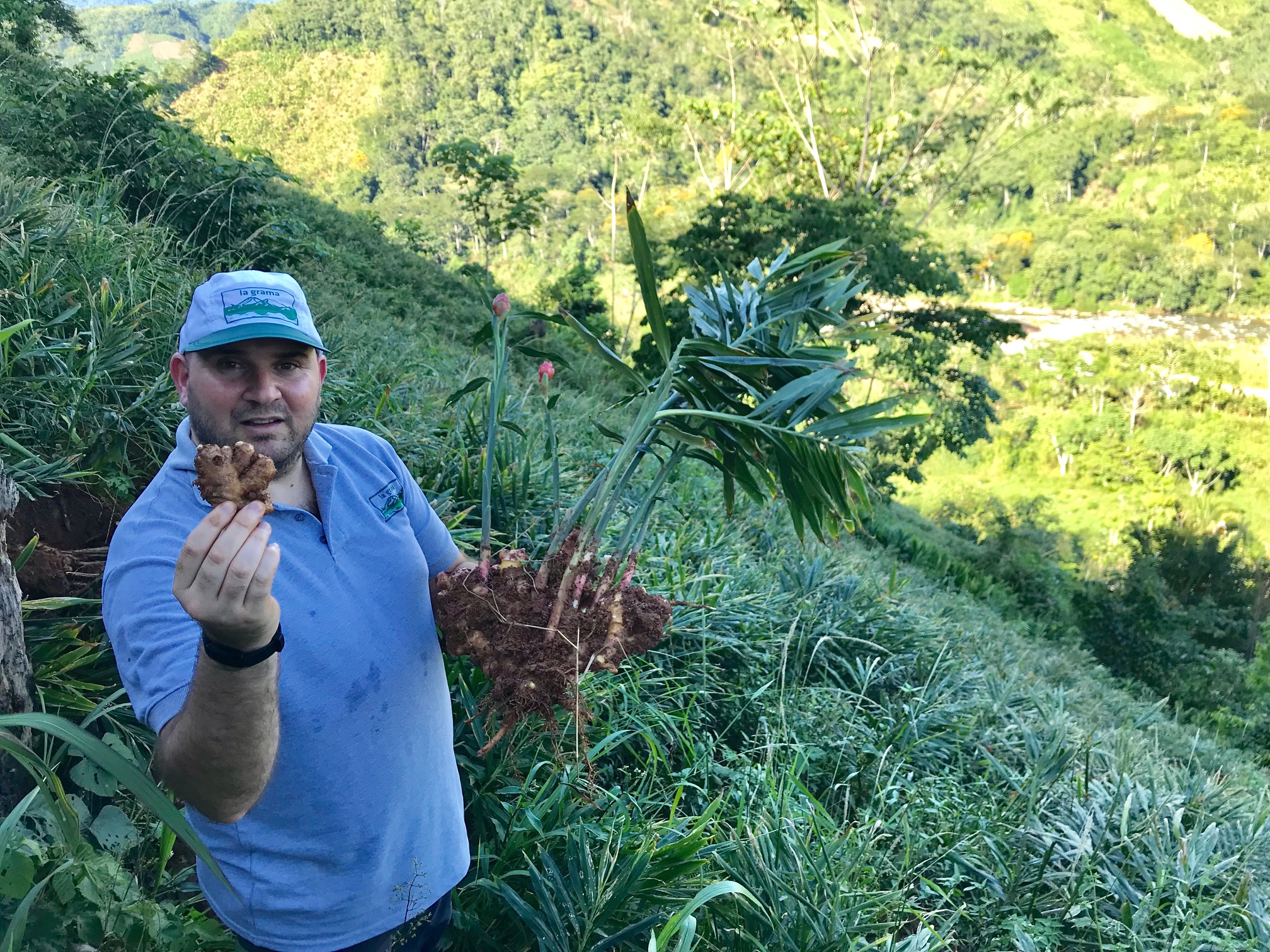 One of the larger shippers – and the pioneer of that South American country’s organic ginger deal -- is La Grama.  A company founded by three university-trained agronomist who started their careers as certifiers of organic crops in South America for a Dutch company.  “We traveled everywhere inspecting, and auditing farming operations of all types and sizes from very small-scale farmers’ co-ops growing coffee, cacao, quinoa or bananas, to large multinationals like Dole and everything in between,” said Rodrigo Bedoya Bouroncle.

After a couple of years of this work, Bedoya, along with Diego Del Sola and Janos Kadar, founded La Grama in May 2006.  The trio began working with small scale farmers in the Peruvian rainforest teaching them how to grow organically, how to comply with standards and regulations, and how to increase their yields and improve their quality.  They were told of a connection who supposedly was the largest importer of organic ginger in the world, so they put together an organic ginger program.   “The biggest importer guided us by email on how to process and pack ginger for export. On November 29, 2006, we exported our first 188 boxes of organic ginger by air to Florida.” 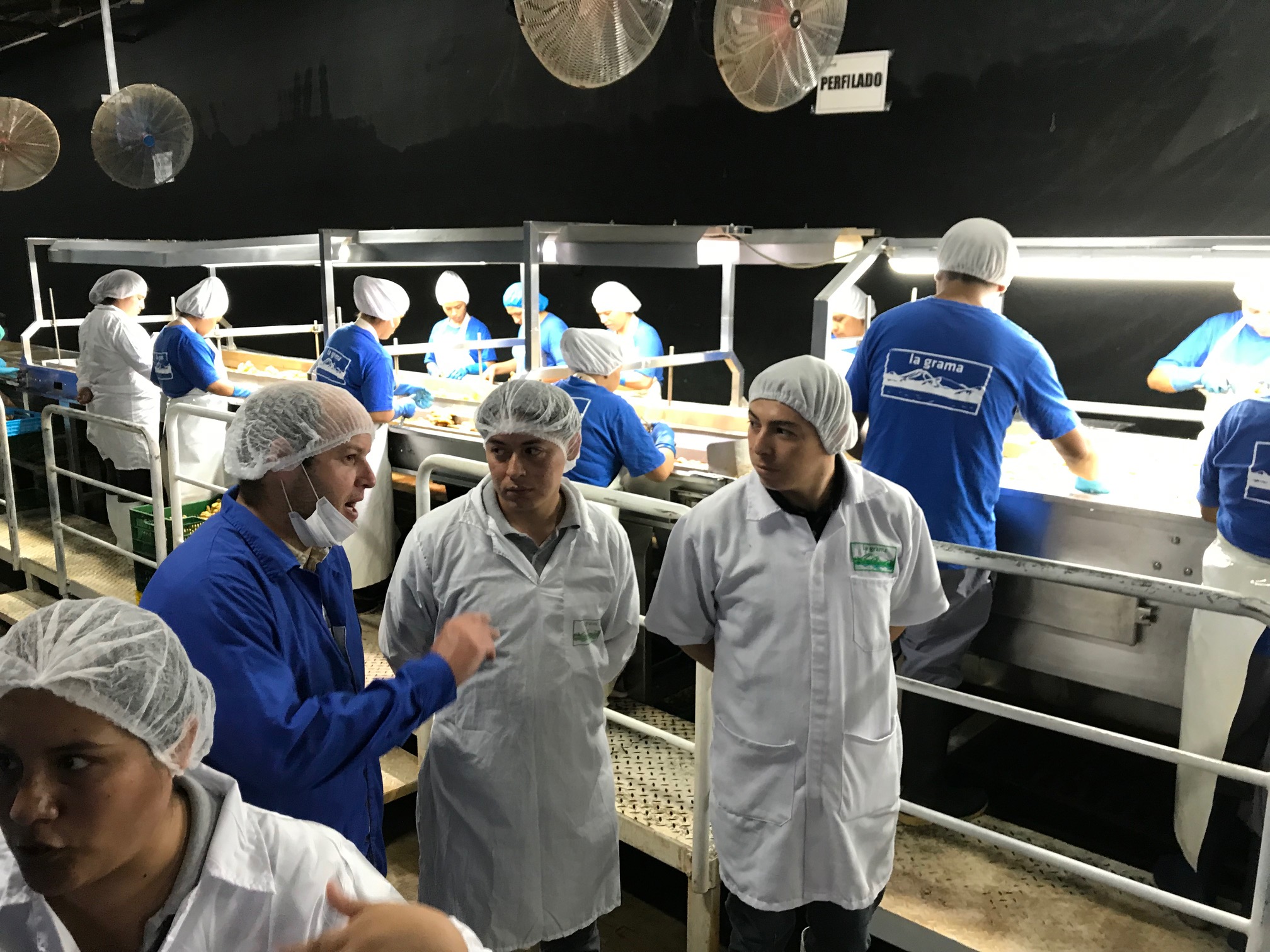 The company improved its operation and made three more small air shipments before shipping its first ocean shipment in a 20-foot reefer container. Unfortunately, it arrived in poor condition so Bedoya got on a plane with a standby ticket to come see the ginger and meet their major importer.  “He happened to be a retired man operating out of a garage. His cooler was a tiny room with a home air conditioning equipment. His orders were not enough to keep the business alive.”

The three agronomists were about to shut down their Peruvian ginger operation when they were introduced to Rick Lejeune of Los Angeles-based Heath & Lejeune, a company specializing in organic produce. 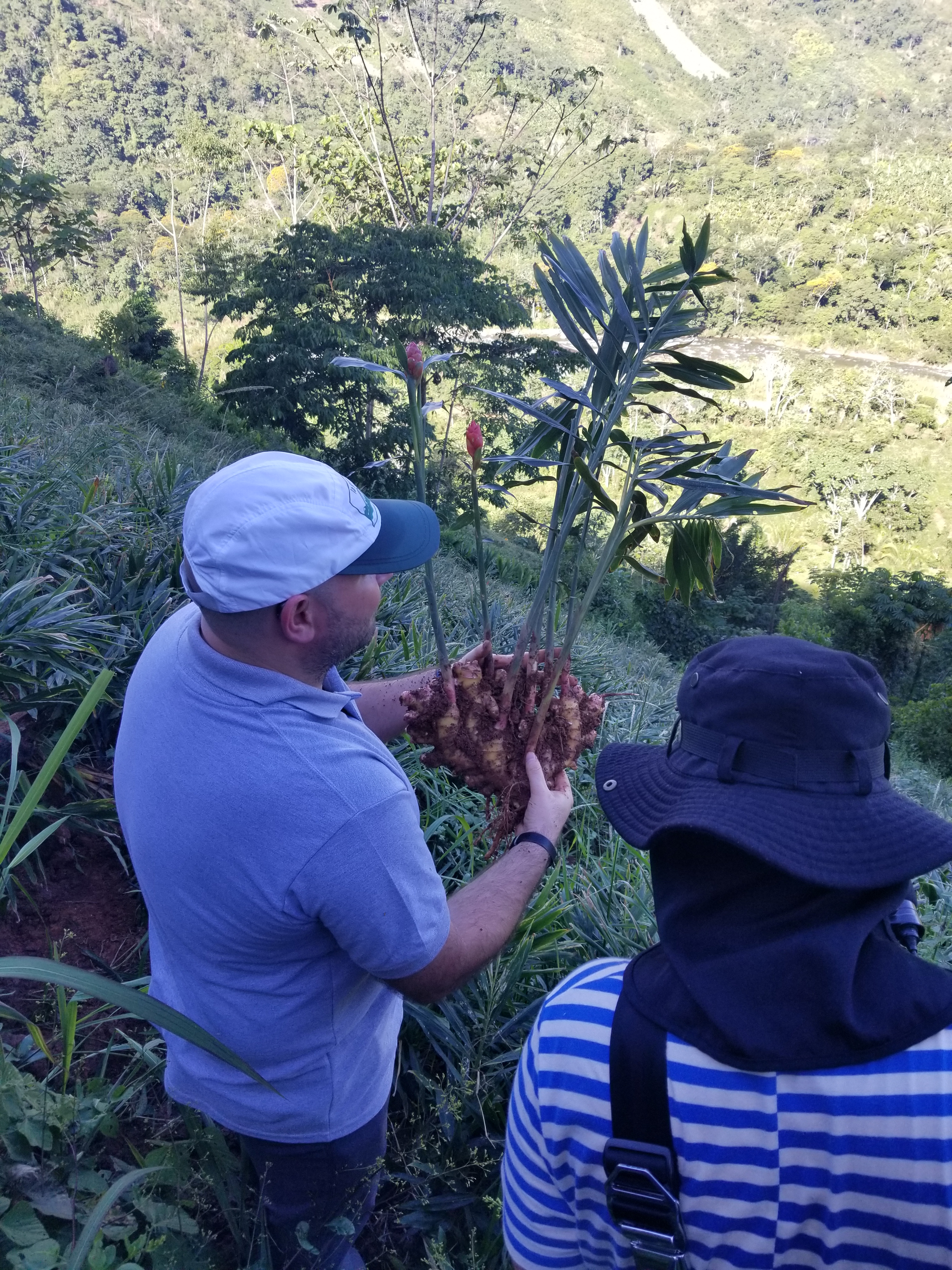 That began a relationship that endures today and helped La Grama build an impressive business.  It added an East Coast account and started shipping to Europe.  Lejeune, who has visited the operation in Peru said, “La Grama operates a large state of the art packing facility, works with hundreds of certified organic growers, and employs over 250 people.  They are the leading exporter of organic ginger in Peru, and equally important, they are the leader in organic integrity, food safety and good agricultural practices, and social justice standards for their workforce.” 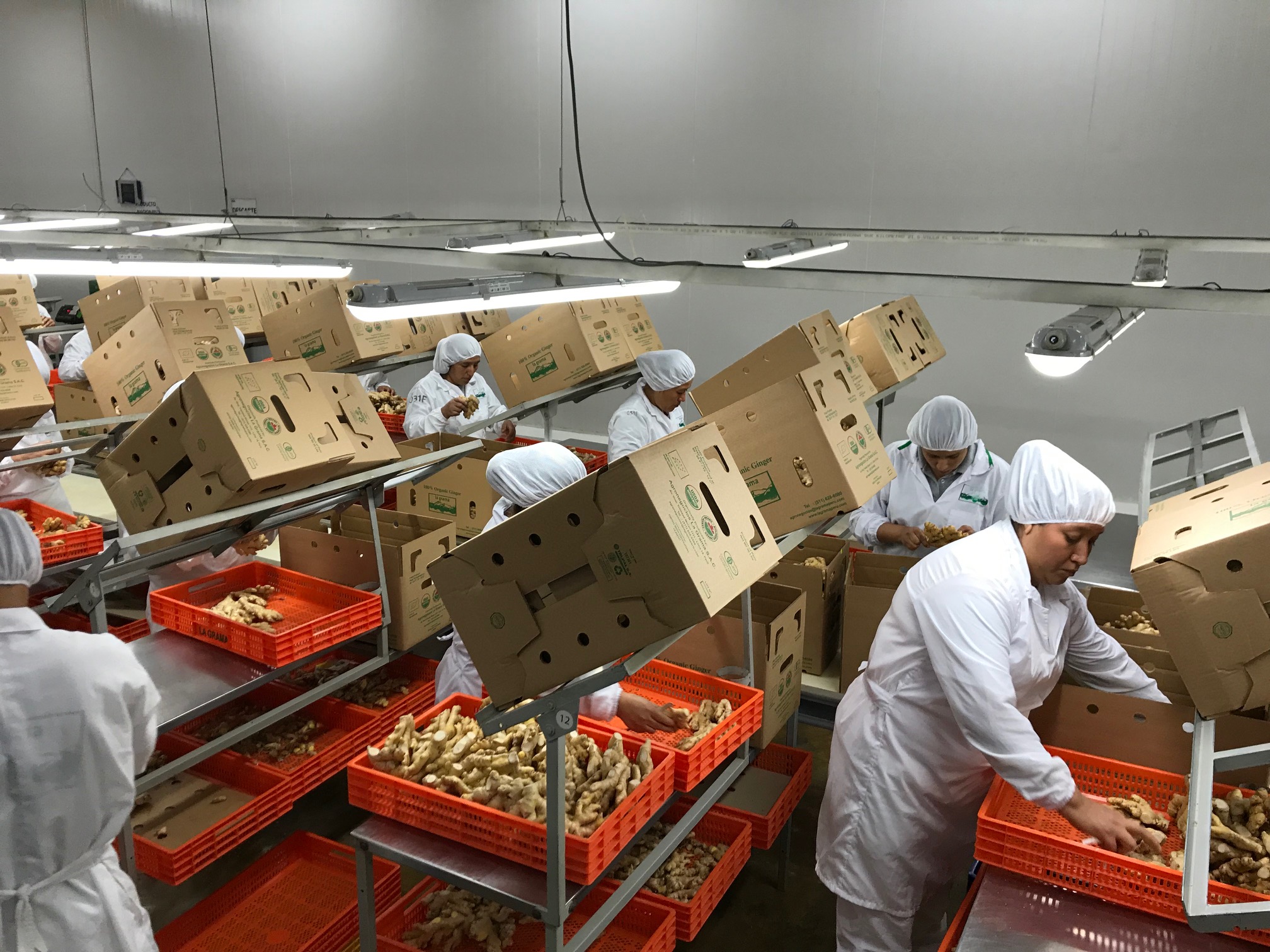 “They are the only export company that has been able to build a 12-month program on ginger root, which is not an easy task either agriculturally or logistically.   They continue to expand production and expect the 2019/2020 crop year, which is just commencing, to be a record year,” Lejeune said.

Though the firm had a rough start, Bedoya is not unhappy with the company’s beginning.  “Regardless of Walter’s (the biggest importer) size, we owe him a lot; he was a great partner; we kept shipping him for many years. The rest is history.” 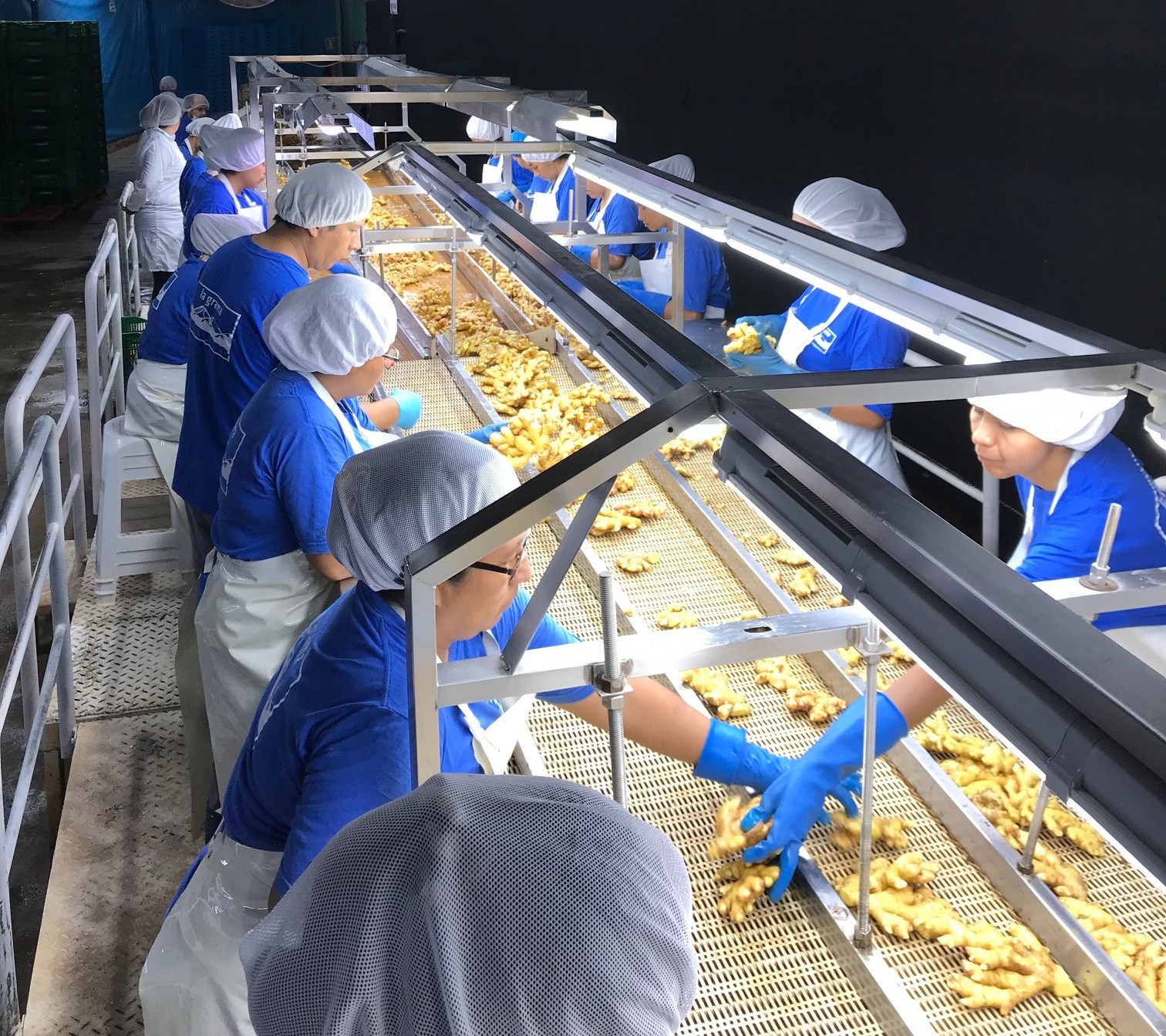 Today La Grama sells its organic ginger all over the world, including Chile, Canada, Spain, Holland, France, Germany, Denmark, Sweden, and Switzerland. From Holland, it is re-exported to many other European countries and the United Kingdom.

Bedoya said about 50 percent of the firm’s production, which is 100 percent organic, is sold to the United States with Heath & Lejeune being its main buyer. He said the firm does have competitors as China is the world’s largest ginger producer and there are Brazilian and other Peruuvian ginger producers competing.  “We opened the road for many that try to copy our model and our success. But not all ginger is created equal, and none is close to the pioneer,” he said proudly.

Dino Cancellieri Sr., one of the founding partners of Corona, CA-based Veg-Fresh Farms, first started in the produce industry in the ’70s, working for his father’s wholesale produce company, Potato Sales, on the LA Terminal Market.