The market research company Ecovia Intelligence estimates that the global market for organic food reached 97 billion US dollars in 2017, with the United States responsible for nearly half of the market ($45 billion)

Among European country standouts in 2017:

Another report published February 11th by the Global Agricultural Information Network (GAIN) indicates a boom in the organic food market in the European Union (EU).  The report projects United States exports are set to double and hit record levels for 2018, noting in the first 10 months of last year the top U.S. organic products exported to the EU were apples, carrots and lettuce. 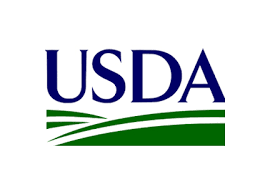 One of the questions most asked is why the EU isn’t on the USDA list ----if it’s the second biggest worldwide organic market?

USDA tracks imports and exports for products with a special “harmonized” code. The codes were first issued for organic products in 2011.  There are currently a very limited number of organic-specific harmonized system (HS) codes to track organic exports. Hence, the HS codes in place cover only a small portion of the market.

The GAIN report explains that the existing HS codes include mostly organic fresh products like milk, fruits, and vegetables, but not processed products or organic nuts. These items have high demand in the EU market.

As noted, total tracked US organic exports to the EU reached record levels of $12 million in 2017 and are set to double in 2018. However, the actual total of US exports of organic products to the EU is likely much higher because of the lack of sufficient HS codes.