PortMiami is Miami-Dade County’s second most important economic engine, contributing over $40 billion annually to the local economy.   and is known as the Cargo Gateway of the Americas.

The port, known as the Cargo Gateway of the Americas, brings in more than 50 different types of fruits and vegetables from 18 different countries and increasingly, many of the items passing through are organic.

Eric Olafson, Esq. is the director of global trade and business development at PortMiami. He is seeking to take the lead in protecting the organic industry because the port has such a large variety of perishables coming in from around the world.  “When we go to the PMA everyone is talking organic, but there isn’t anything to protect organic coming in from other countries, “Olafson said, “We don’t need lawsuits, we need better enforcement. We believe organic is the future and nobody wants to pay for organic if it’s not organic.”

Last May, the Organic Trade Association (OTA) kicked off of a groundbreaking pilot project aimed to prevent and detect fraud in the global organic system. Eleven members of the Global Organic Supply Chain Integrity (GOSCI) task force volunteered to be part of the pilot program.

Rodolfo “Rudy” Lorenzo is the operations manager at “I Was Thinking, LLC”, an importer and distributor of bulk organic ingredients who has been the victim of organic fraud.

Lorenzo was one of the participants of the OTA task force that volunteered to “test drive” the pilot program with detection strategies specific to his business.

Lorenzo and Olafson first met during a Mexican Future Organic Farmers international training session. Lorenzo recalls, “We were starting to do a lot of new business with Peru and we wanted to fix the fumigation problem at the port.

USDA has an automatic rule to fumigate products like grapes and asparagus because of invasive pests. NOP certifies for organic, but the agencies don’t always communicate with each other when something gets fumigated. The pair went to Peru to work with growers and the federal agencies to protect organic products from being fumigated.

“We are working with Federal Government to remove the fumigation protocol on organic items. We’re putting processes in place like temperature control, reduction of oxygen and vacuum systems to find alternate solutions for different products,” Lorenzo said.

Olafson echoed those sentiments, “We were always interested in protecting organic and when we met Rudy and he was involved in the OTA task force, we thought it was the time to take the lead and protect the organic industry.”

Together, they met with CBP, USDA and Jennifer Tucker Deputy Administrator of the NOP and that is when PortMiami volunteered to become the first certified organic port. 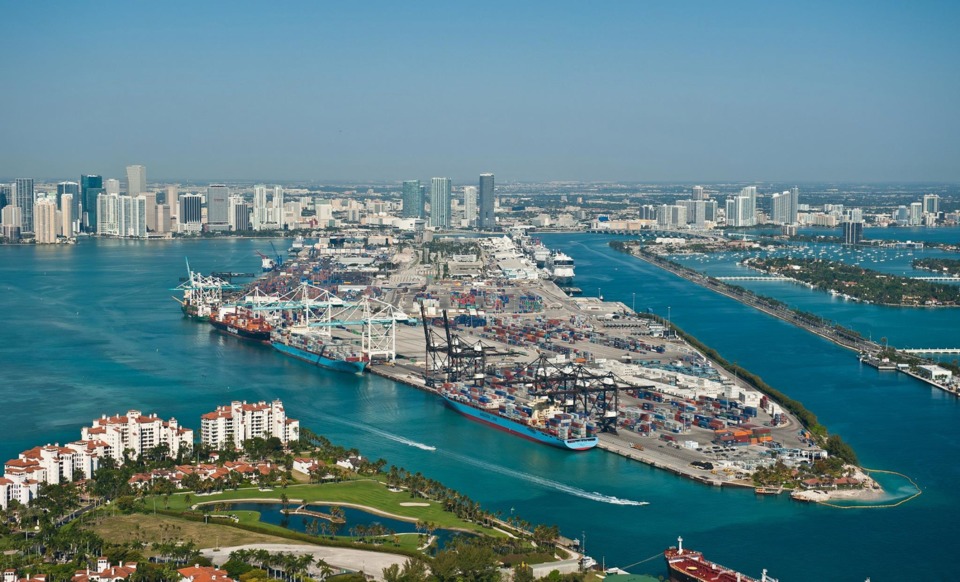 “If it’s coming through here, we want to work with USDA to protect the consumer, buyer and the entire industry, “ Olafson said.  “We have more Ag inspectors than anyone in the US. We are the closest seaport to the growing regions in South and Central America. We just spent $250,000 to build a lab on site to have USDA or CBP inspect for insects and pesticide residues – that lab can be an entry point.  We can test everything right here and we will have enforcement in place, so it can no longer be labeled organic if its fraudulent or fumigated product.”

About 200,000 containers of refrigerated product pass through the port each year. “It’s hard to tell what percentage is organic, as there aren’t enough Harmonized System (HS) codes.   With the lack of HS codes, and the complexity of getting USDA to work with FDA and CBP certification will not be an easy task.

Lorenzo wants to create simple SOP’s that work for FDA, the port and customers that don’t add a lot of cost.  “Ultimately, they should all work together like Homeland Security and have the power to reject a load.  We want people to know there are real ramifications like civil penalties and loss of certification,” he said.

Olafson concurs. “We love organic and don’t want to raise alarms about fraud. We just want the same protection for organic that a Louis Vuitton bag has. It’s good for the industry and the consumer and we felt it was time for Miami to take the lead,” he said.

Continued growth, new opportunities, and explaining markets - all trends that Wall Street celebrates. And for those involved in organics, the financial community is looking to invest in organics in two different ways--public equity and mergers and acquisitions.