Over the next several months, an unprecedented supply of avocados are expected to be merchandised and sold in the United States. From the middle of March through May, the Hass Avocado Board has projected average weekly sales during the 12-week period topping 58 million pounds, with sales for half of those weeks topping 60 million pounds. 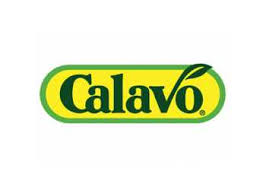 Rob Wedin, vice president of fresh sales and marketing for Calavo Growers, Santa Paula, CA, said the amount of available fruit week after week will create downward pressure on the price and create many great opportunities for both retail and foodservice avocado promotions-----at least on conventional fruit.

Organic avocados are a different matter.  Supplies have not kept up with demand. While a significant drop in conventional pricing will impact the price on organic avocados, Wedin said there is more to the story.

“That’s 50 percent true,” Wedin said, noting the organic avocado market is somewhat autonomous.  With organic avocado supplies lacking, the price gap between organic and conventional avocados are projected to increase over the next several months.  Wedin said that could be especially true on the larger sized fruit.  Last week, he noted there was a $10 per carton gap on organic avocados sized 48s and larger, and only a $3-$4 gap on fruit sizes 60 and smaller.

Rankin McDaniel of McDaniel Fruit Co., Fallbrook, CA, said it is the price gap that convinces growers to transition acreage from conventional to organic production.  Over the last several years – with avocado f.o.b. prices for both organic and conventional fruit at a high level -- growers have not felt compelled to add organic acreage.  “I haven’t seen many new groves transitioning,” Rankin said, but added that demand continues to grow.

He said the incentive to transition is mounting and he expects some growers from all points of origin to participate in the organic trend resulting in more supply or organic avocados.

Robb Bertels, vice president of marketing for Oxnard, CA, based Mission Produce, can quantify the issue impacting the supply/demand curve on organic avocados.  Mission is recognized as a strong player in the avocado category, but Bertels  said a look at daily packout reveals that organic avocados typically represent only five to ten percent of total production.

For perspective, the Washington apple industry has seen its organic production climb to greater than 10 percent on an annual basis, indicating that organic demand is north of 10 percent for apples.  One could argue that avocados would seemingly have a greater than 10 percent demand on a percentage basis as the typical avocado consumer is higher on the economic scale than a typical apple shopper, and research shows that more affluent shoppers index higher on organic produce purchases.  So an organic supply total of less than 10 percent would point toward high f.o.b. prices and that appears to be the case for organic avocados.

Wedin said, however, that over the next few months as supplies of all avocados increase, there should be opportunities for retailers to promote organic avocados.  Both he and Bertels agreed there should be some very good opportunities with bagged avocados.    Gaining popularity has been the bagged tiny fruit – often called serving size – which is typically a 96 size avocado.  But other bags with organic fruit in the 60-84 size range could also be promoted at a value price.

The Calavo executive did warn that supplies of organic avocados will most likely dwindle as the season wears on.  With demand exceeding supply on organic avocados, the supply will run out sooner.  The Hass Avocado Board is estimating a significant drop in total avocado sales in June and July as Mexico’s 2017/18 crop winds down.  Spring appears to be the best time to rev up those organic avocado promotions.

The most important aspect of the company’s success in organics, however, is the fact that they own the entire supply chain; from the land, to seed selection, propagation, production facilities, and seven strategically placed distribution centers throughout the USA and Canada.