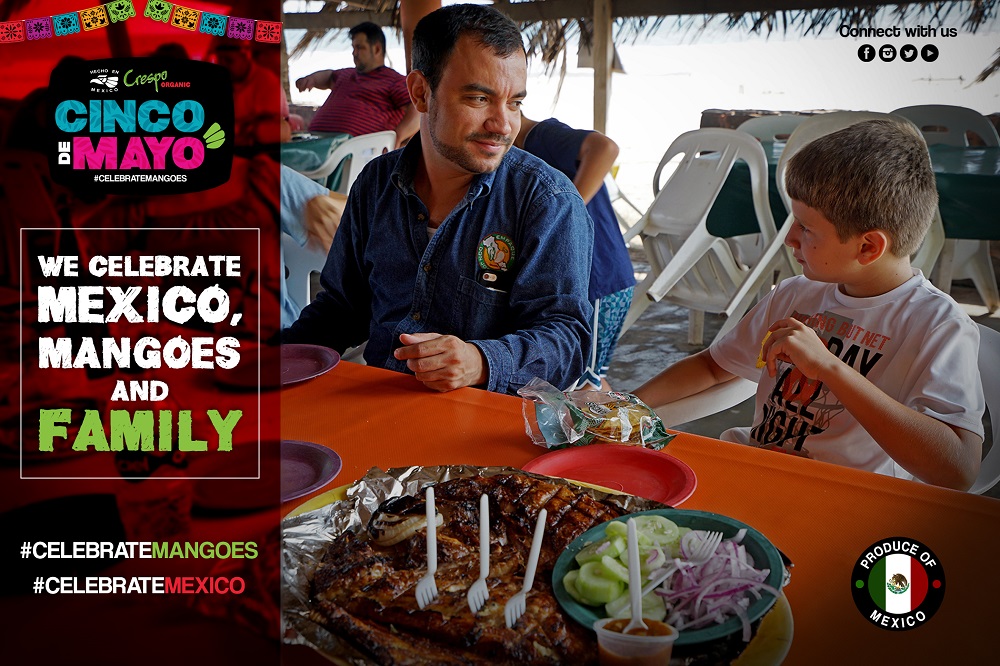 Nissa Pierson, who handles sales and marketing for Crespo Organic and authors the blog Under the Mango Tree, says the Cinco de Mayo campaign “not only excites, engages, and entices consumers on all things organic mango, but it educates on the beauty and culture of Mexico and encourages a celebration of all things Mexican, including its rich agricultural offerings.” 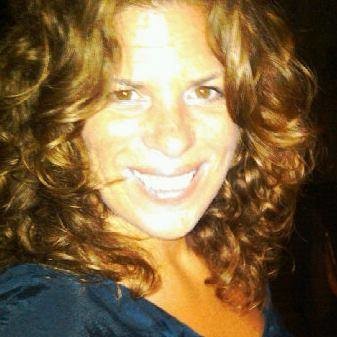 With load dates of April 12-29 in both Nogales, AZ, and McAllen, TX, Crespo’s Cinco de Mayo promotion includes the Tommy Atkins and Ataulfo varieties (and may include Kent mangoes as well if Crespo’s organic Kent orchards are ready for harvest).

The Cinco de Mayo campaign “not only excites, engages, and entices consumers on all things organic mango, but it educates on the beauty and culture of Mexico and encourages a celebration of all things Mexican, including its rich agricultural offerings.” – Nissa Pierson

Brian Dey, senior merchandiser and natural stores coordinator for Four Seasons Produce, says the Cinco de Mayo holiday and the week leading up to it is an opportunity for retailers to “add flair to their displays by opening up on Mexican-centric items such as avocados, mangoes, jalapeños etc.”

“It is a great way to gain sales and have a little fun at the same time,” says Dey, noting that cross-merchandising is a very effective mango display strategy when it comes to the Cinco de Mayo holiday.

“Take for instance, mango salsa,” he says. “Why not create a display using all of the ingredients you would use to make it—mangoes, peppers, pineapple, onions, limes or lime juice, cilantro etc., all of your fresh ingredients, all in one spot. But [also] bring over salt, black beans, canned corn, and sugar (in some recipes) from grocery and add these to your displays. Add some chips and in some areas beer, and now you have a party! You have created a one-stop destination for a consumer looking to make an awesome salsa! Add a few recipe cards and presto! Instant sale!” 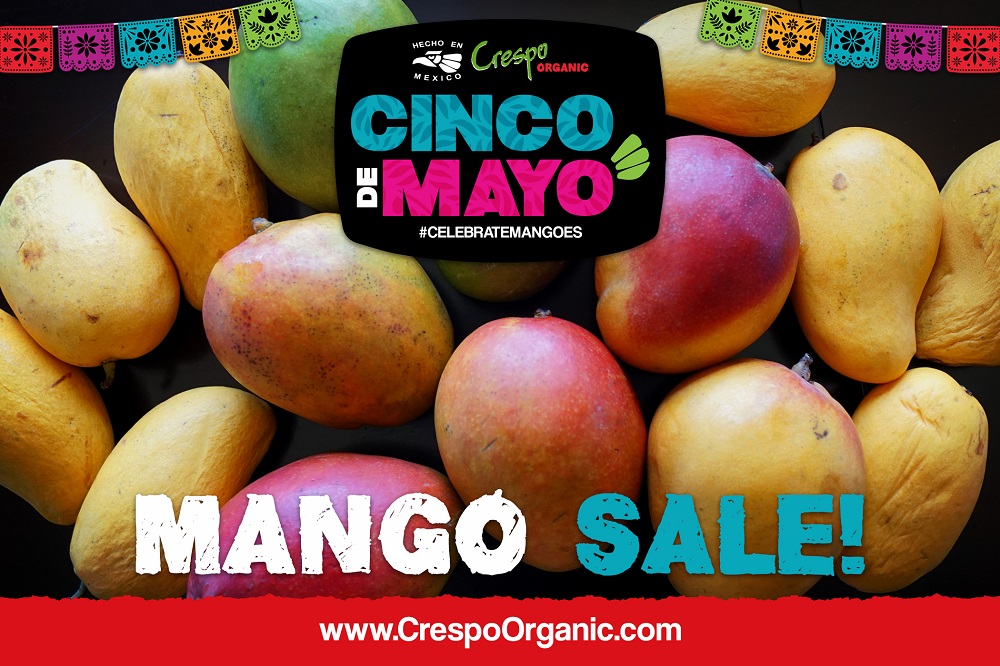 The Ataulfo mango, one of the varieties available for Crespo’s Cinco de Mayo promotion, is quintessentially Mexican—it was discovered in Chiapas in 1966 and arose from the cross-pollination of Manila mangoes (brought to Mexico from the Philippines) with several Spanish varieties. It is the only known Mexican mango cultivar and was named after Ataulfo Morales Gordillo, the man who owned the land where it was first discovered.

“Take for instance, mango salsa. Why not create a display using all of the ingredients you would use to make it … Add a few recipe cards and presto! Instant sale!” – Brian Dey

“The Ataulfo Mango has a genetic makeup unlike any other mango in the world,” says Pierson. “You might say it’s ‘puro Mexico!’—that is what we say for sure! So it’s the perfect Cinco de Mayo mango, and it’s in good supply during this timeframe.”

Overall, American consumers are less familiar with the Ataulfo than other mango varieties, but Dey says it is beginning to be more prevalent in US produce departments. “Over the past few years, more stores are adding Ataulfos to their mango mixes on display,” he says. “I think more than anything, this is an educational opportunity for both consumers and store staff alike. I always do get asked by puzzled customers, ‘What is this?’ But when you explain what [Ataulfos] are, the texture and flavor profile, they are more willing to try these out.” 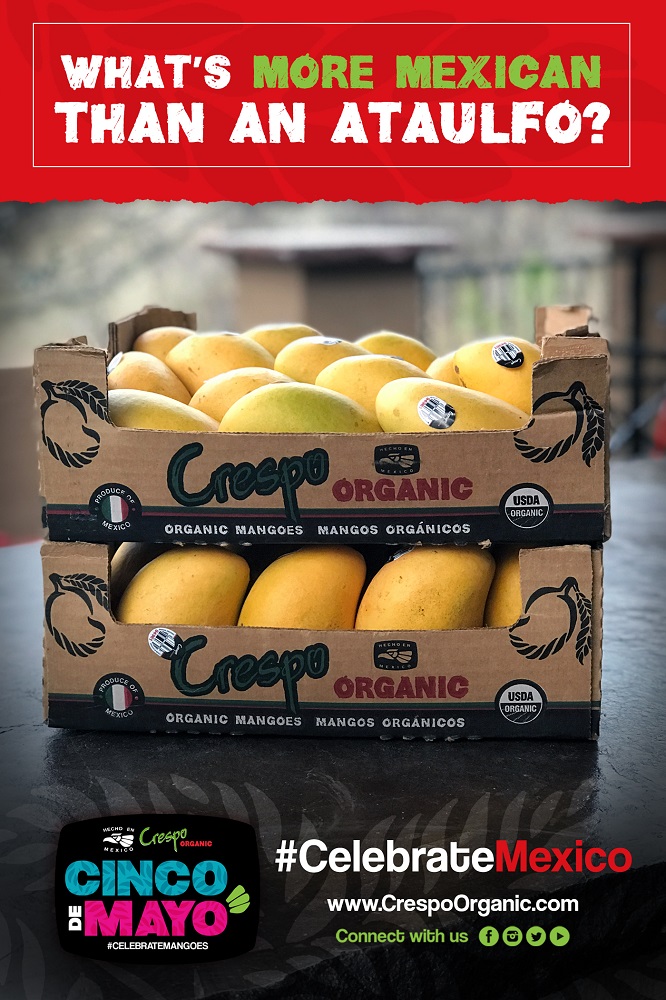 Ataulfos have a “unique flavor profile,” says Pierson, who describes them as “tropical, rich, [and] buttery caramel-sweet [with a] tinge of spicy chili undertones.” She notes that they are one of the only fiberless varieties grown in Mexico and have a small, thin pit.

“The Ataulfo Mango has a genetic makeup unlike any other mango in the world.” – Nissa Pierson

Because Ataulfos must be eaten only when ripe (they’re very bitter otherwise), Pierson says retailer and consumer education is critical. They also have more sap staining than other mango varieties and wrinkly skin when ripe, so point-of-sale educational information can be very helpful in explaining their appearance. One of Crespo’s taglines for its Ataulfo promotions is “Don’t judge a mango by its skin. It’s what’s on the inside that counts!” 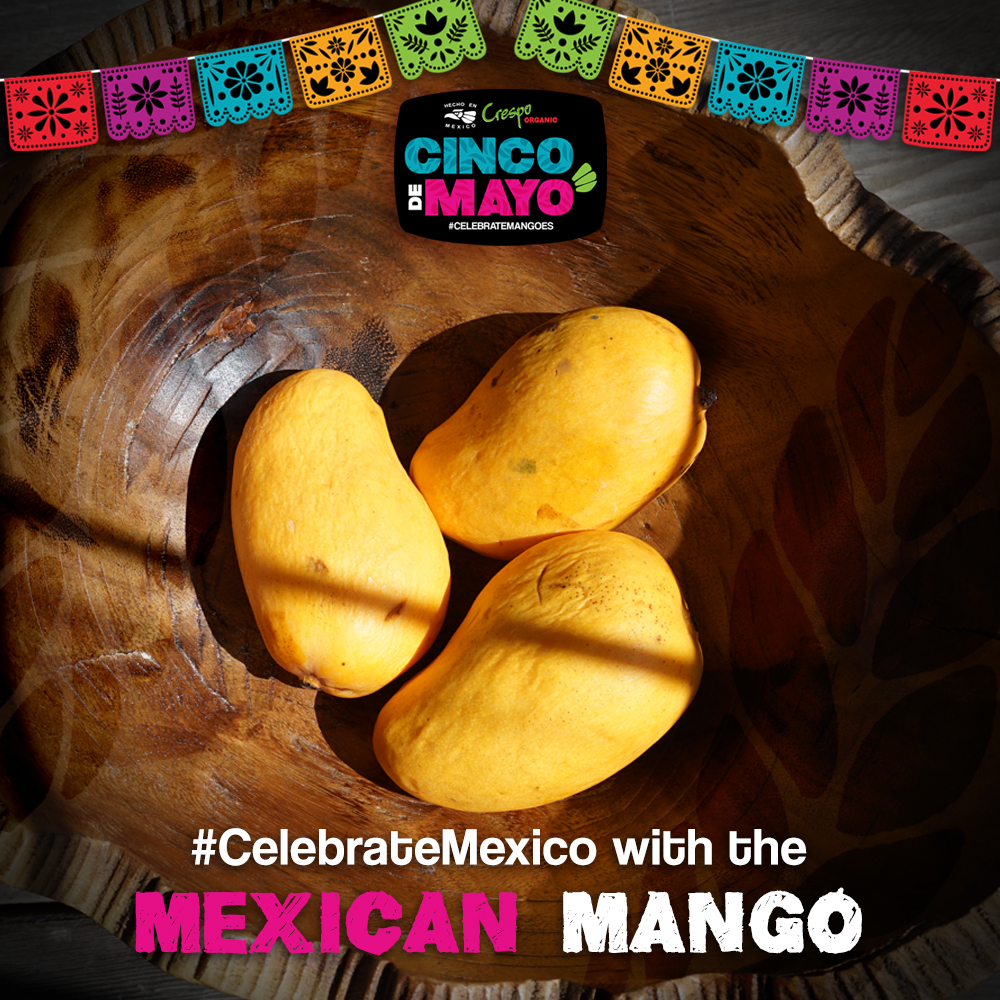 In addition to the varieties available for its Cinco de Mayo campaign (Ataulfo, Tommy Atkins, and possibly Kent), El Grupo Crespo offers a number of other cultivars throughout the Mexican mango season—Keitt, Haden, Manila, Thai, Brooks, Malika, and several secret varietals (currently under trial). The company has orchards in the Mexican states of Sinaloa, Chiapas, Oaxaca, Nayarit, and Michoacán, and its packing house, Empaque Don Jorge, has two locations—one in Sinaloa and the other in Chiapas. The company also has a partner packhouse in Oaxaca. 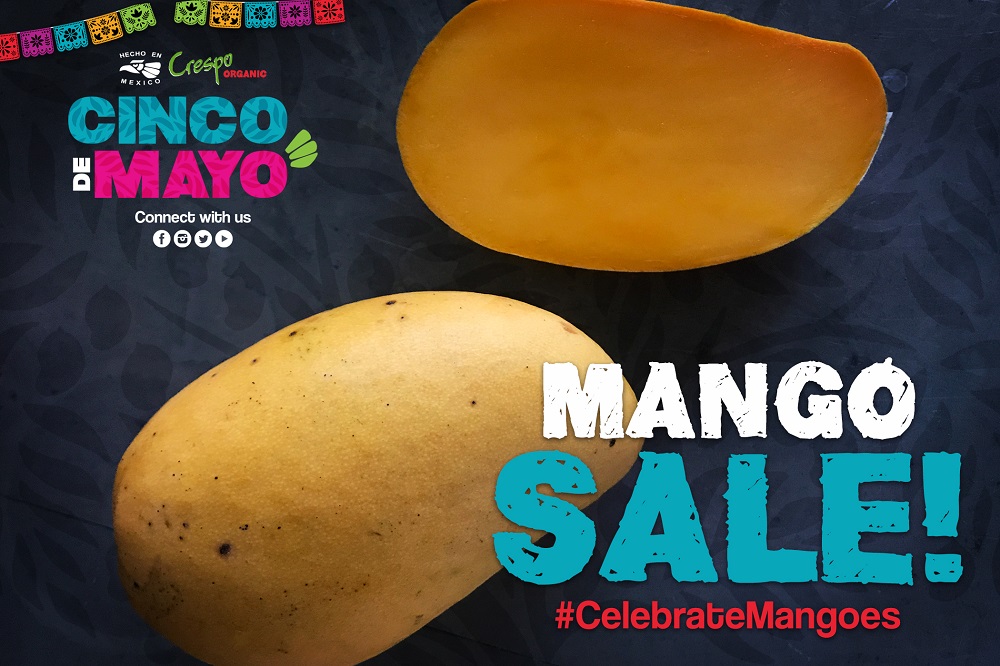 One of the things that is most unique about Crespo—and which differentiates it from most other mango companies—is its comprehensive vertical integration. “We are the growers, the packers, the shippers, and the marketing, having 100 percent ownership of our entire supply chain, all the way to the consumer—including our commodity and culinary education we specialize in for mangoes,” says Pierson.

The company has a direct-trade model, which Pierson explains “allows for a super-cooperative approach in partnership with our customers—retailers, wholesalers, processors, and direct-to-consumer companies.”

“We are the growers, the packers, the shippers, and the marketing, having 100 percent ownership of our entire supply chain, all the way to the consumer—including our commodity and culinary education we specialize in for mangoes.” – Nissa Pierson

“The goal of direct trade is rather simple—build sustainable, mutually beneficial transparent sales and supply chain systems that produce higher-quality products while providing farmers and consumers a better price,” Pierson says. “Essentially it takes away a good portion of the brokerage hands that often act as a blockage for advancement of better programs.”

In 2005, Colin and Karen Archipley bought a home with an organic avocado orchard in Escondido, California. At the time, Colin was serving in the Marines and was stationed at nearby Camp Pendleton when he wasn’t deployed to Iraq.

Duda Farm Fresh Foods, one of the nation’s leading celery producers, is currently mired in a position where low organic celery supplies should be returning much better FOB prices—but the demand just isn’t there.

Inflation is having a discernible effect on organic produce sales due to a combination of the increasing price of farming inputs, transportation, and storage costs.

2. Southeastern Grocers to Overhaul Its Own Brand Products with Sustainable Packaging