As the winter vegetable deals in California and Arizona’s desert regions wind down this month, lettuces, leafy greens, and several other items are in a demand-exceeds-supply situation, with FOB prices in rarefied air for both conventional and organic offerings. 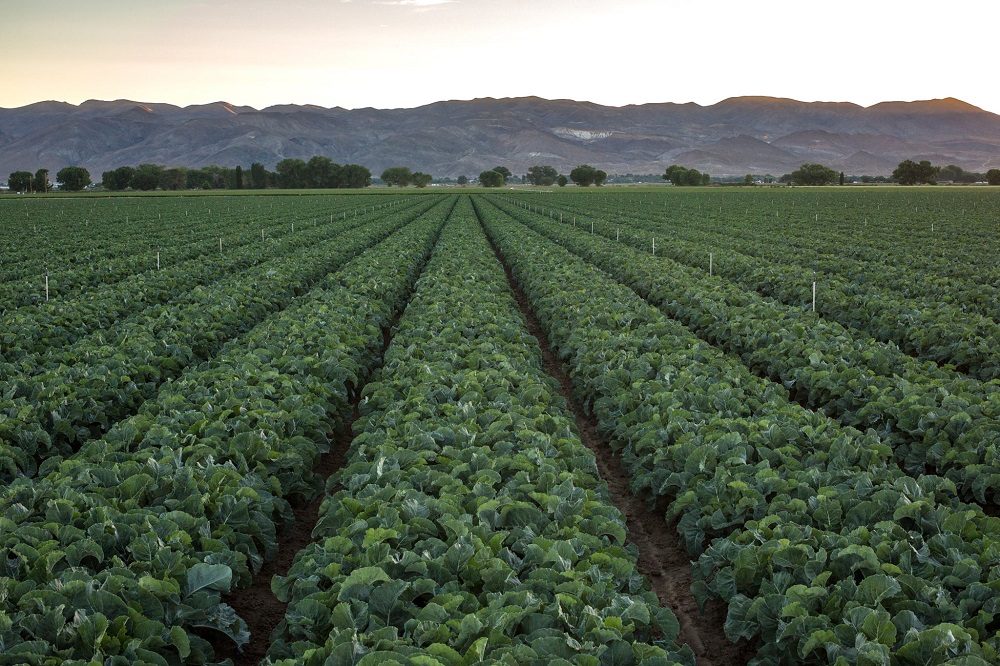 In fact, while there is still a price gap between conventional and organic on some items, it has disappeared on others, such as iceberg, romaine, red leaf, and green leaf. For both organic and conventional iceberg lettuce, the market hit $50 per carton this week, and organic romaine traded mostly at $36-$40 on Tuesday, March 8, while the leaf items were in the mid-$20s. Conventional prices were about the same on romaine and the leaf items.

Vice President of Sales Doug Classen of The Nunes Company in Salinas, CA, predicted that the market would remain very strong on organic iceberg lettuce through the end of the Yuma deal. In fact, the company’s transition chart shows there will be a gap between the end of cutting in Yuma on March 28 and the start of the organic iceberg deal in Salinas the week of April 4.

Seemingly, buyers shouldn’t expect a break on the organic iceberg price until at least mid-April.

In fact, the company’s transition chart shows there will be a gap between the end of cutting in Yuma on March 28 and the start of the organic iceberg deal in Salinas the week of April 4.

The one item that has not joined the high-price party is broccoli. Earlier this week, organic broccoli was in the $14-$15 range with good quality and good supplies from many districts. On broccoli, the Nunes transition chart shows an overlap, with organic broccoli being cut and packed in both Yuma and Salinas the last week of March. 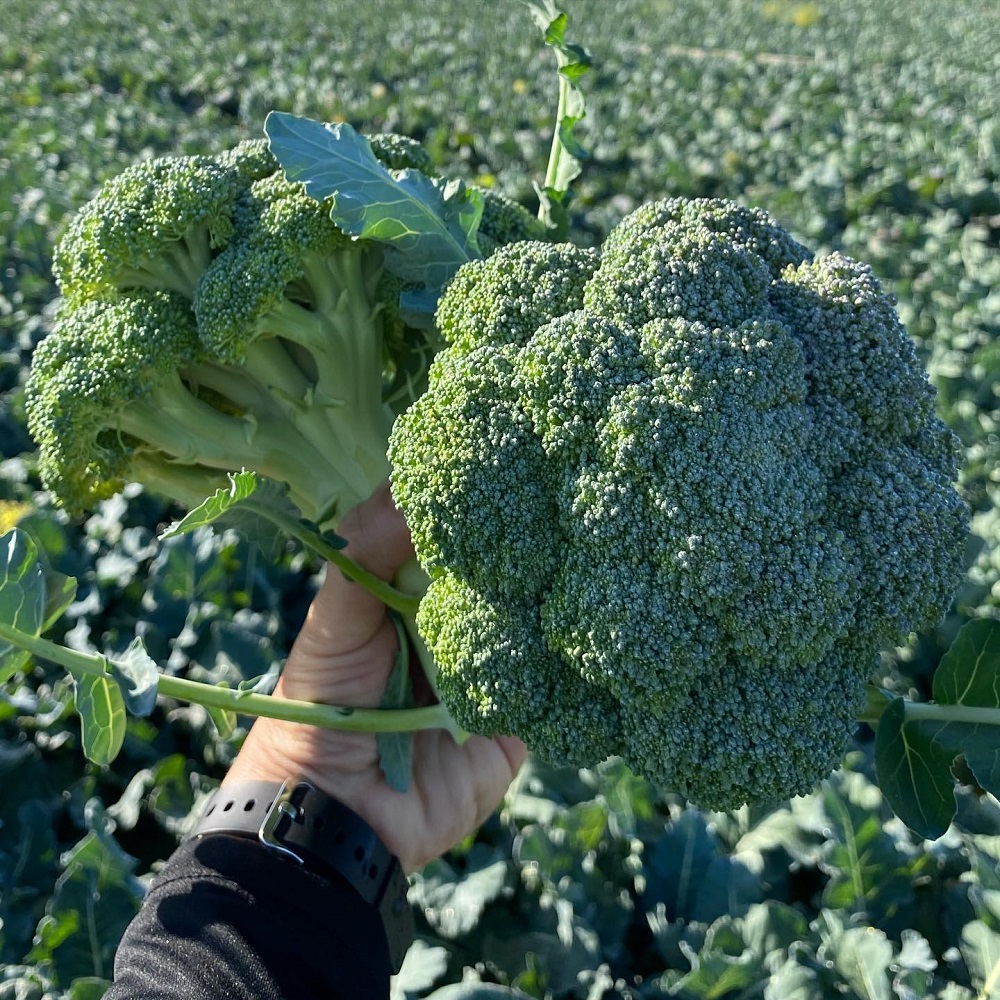 Brian Peixoto, sales manager for Lakeside Organic Gardens in Watsonville, explained that environmental pressures have led to the high prices as the winter deal moves toward the finish line. “This winter season has been a wild ride and looks like it is going to continue,” he said. “The warm desert weather delivered aphid infestations, with our leaf program being affected, as many other growers experienced. Currently, supply is winding down, and we are looking to fully transition north March 28th. In Watsonville, the recent cold spell is slowing down the start of our production. The Pajaro Valley is now seeing aphid pressure on leaf, which is concerning for all of us.” 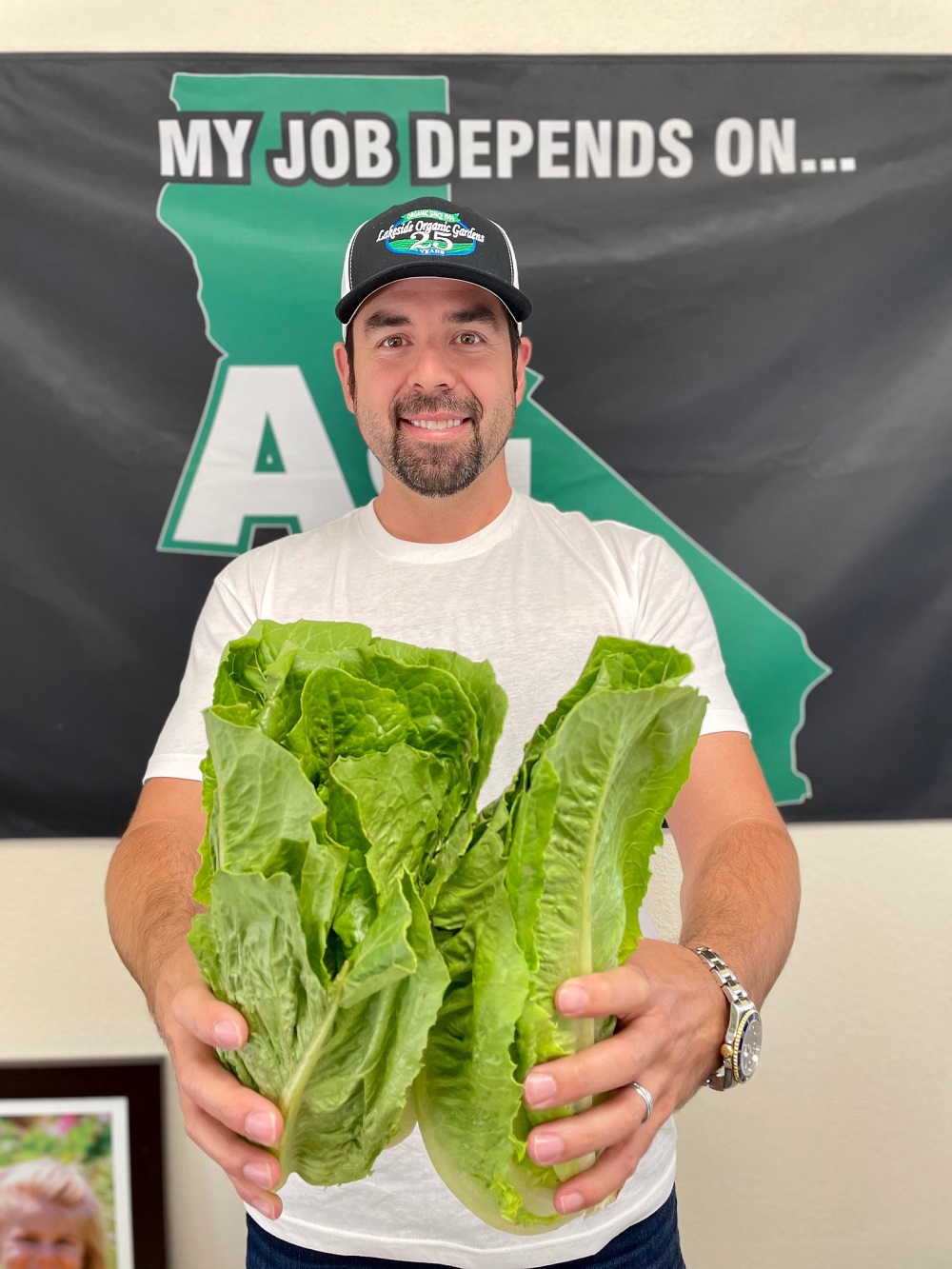 As March production winds down, Peixoto noted that organic celery could be hard to find. “We have celery for the next couple of weeks and then gapping until the end of April, early May,” he said.

“This winter season has been a wild ride and looks like it is going to continue.” - Brian Peixoto

Currently organic celery has an FOB price around $20 for a two-dozen-count carton, but that appears poised to rise.

Peixoto did say that there are good supplies of a few other organic vegetable items for the coming weeks, including “our full carrot line, cilantro, parsleys, dandelions, and green cabbage.” 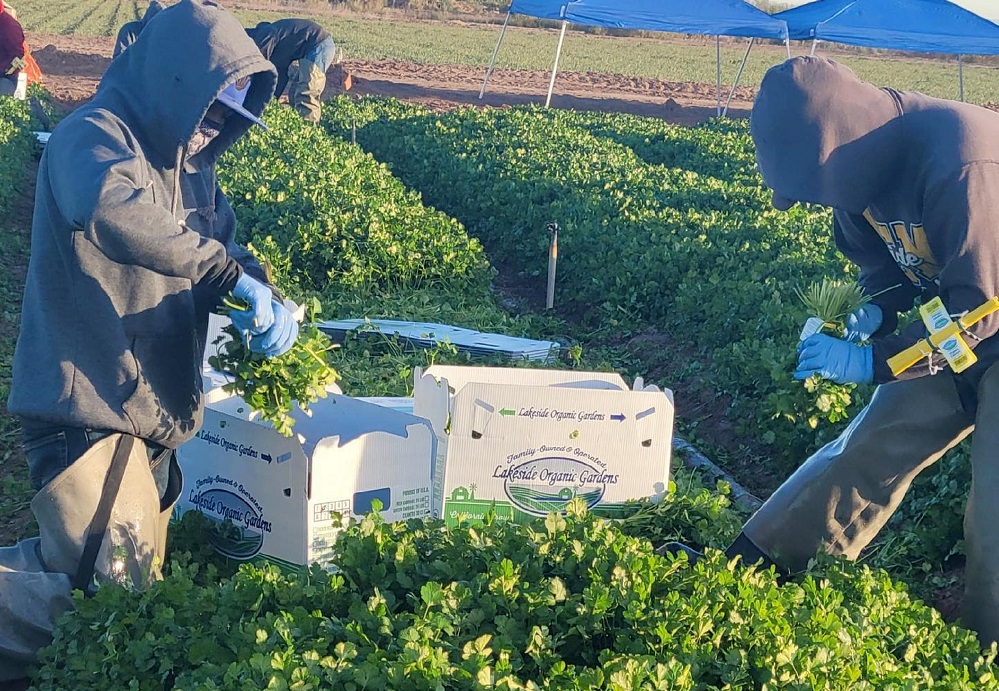 Katie Tossie, organic commodity account manager for Ocean Mist Farms, agreed that the strong demand on the organic lettuces will continue. “We’ve seen a continued demand on organic romaine and organic romaine hearts over the last few weeks,” she said. “I believe the market and demand for these items will remain steady through our Coachella production, which will be finishing up the first/second week of April.”

Tossie said the weather gets most of the credit for the strong marketing situation. “Mother Nature has played a significant role in the markets over the last couple of weeks,” Tossie said, adding that an increase in pest pressure has also played a role.

Barrientos said over the past 10 weeks, Ocean Mist has produced close to 80 percent of the nation’s conventional artichokes and an even higher percentage of the organic crop. Spring always marks the beginning of the peak artichoke season, and the Ocean Mist representative said production will be true to that pattern this year. He said the company will have very good production in early April as it launches its annual “Gold Standard” spring promotion.

On March 8, 12-size organic artichokes were selling for $34 per carton, while all the smaller sizes were at $32. Those prices were just about double the conventional price on those items, reflecting the upcoming gap on organic production.

Adele Gemignani is part of the sales and business development team at Coke Farm, a certified organic grower-shipper and food hub based in San Juan Bautista, California. OPN recently caught up with Adele to learn about her background in the produce industry, Coke Farm’s organic produce offerings, the company’s desert program, and more.

The continued growth of organic fresh produce has spurred a debate on the value of consumer brands compared to their private label counterparts—and how they impact overall sales. Organic Produce Summit 2022's second announced ed session, "Private Label vs. Consumer Brand: The Competition for Shelf Space," will explore the changing dynamics and challenges of traditional consumer brands as they face off against private labels to win the wallets and minds of organic consumers.

Tive believes the strongest trust belongs to those who are transparent, open, and deliver on their word. That’s why the company uses its technical expertise to help solve complex problems, improving the businesses it works with.

1. Price Gap Between Organic and Conventional Food Is Shrinking

2. Pandemic Created an Opportunity for Organic School Meals in California