Several factors have played a role in reducing the size of the California citrus crop for the 2021/2022 season, with varieties down as much as 20-40 percent from a normal crop in both organic and conventional production. 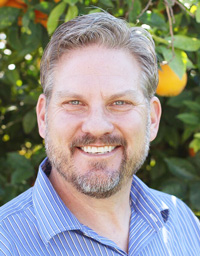 “We think springtime mandarins will be down about 40 percent, with all the other varieties collectively being off about 20-25 percent,” he said.

The major culprit is weather, with the extreme heat California experienced during the summer bloom period taking most of the blame. Though the Northwest heat wave in late June of 2021 (with temperatures climbing to 115 degrees and higher) received most of the attention last year, the summer of 2021 was the hottest summer on record for California. The Homegrown executive said that resulted in an inordinate amount of dropped blooms.

“We think springtime mandarins will be down about 40 percent, with all the other varieties collectively being off about 20-25 percent.” – Craig Morris

The late season mandarins (maturing this spring) were hit the hardest, but no citrus crop remained completely unscathed. Morris said the Valencia orange crop, which will begin harvest in April, was impacted the least and appears to be a decent crop.

Morris said the biggest impact in the overall drop in organic citrus supplies will be the length of the season for each citrus variety, not weekly shipments. “The trade won’t feel the shortage. We have promotable supplies of all our varieties,” he said, noting Homegrown is currently shipping navels, Cara Caras, blood oranges, pomelos, grapefruit, and lemons. 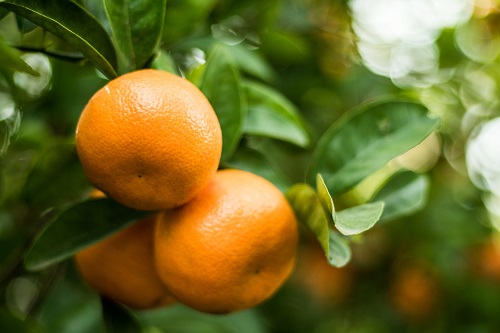 Recently, California Citrus Mutual (CCM), which has a membership representing most of the state’s conventional and organic citrus production, issued a press release noting that the total navel orange crop will be down 20 percent from the previous season’s final production. The CCM Marketing Committee also estimated that the mandarin crop will be down as much as 45 percent from the 2020/2021 season.

Morris said the biggest impact in the overall drop in organic citrus supplies will be the length of the season for each citrus variety, not weekly shipments.

CCM placed the blame on the large size of the 2020/2021 crop that stressed the trees and resulted in a smaller fruit set for this season, which is a typical pattern for many tree crops.

Stefan Misse, President of Discovery Organics in Vancouver, British Columbia, said that lack of water during 2021 also contributed to the smaller crops this season. Additionally, almost all growers and shippers are currently dealing with a shortage of labor to pick and pack the fruit.

The markets will actively reflect the decrease in volume, Misse said, and the California navel crop will end earlier, and specialty citrus “demand will far outstrip supply” throughout the season.

Lemons and grapefruit will also be impacted—but to a lesser extent. “There will be fruit available for promotion, but with limited supplies and limited people power to get it all done, coupled with increased packaging costs, I do not think there will be much extra for promotional pricing,” Misse said. 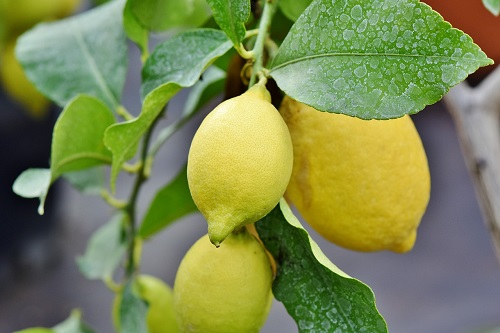 “There will be fruit available for promotion, but with limited supplies and limited people power to get it all done, coupled with increased packaging costs, I do not think there will be much extra for promotional pricing.” – Stefan Misse

Christina Ward, senior director of global marketing for Sunkist Growers, reported that the organic citrus category continues to see phenomenal growth. In an email, she revealed that according to IRI data, “total US organic citrus dollar sales are up by double digits: a 13 percent [increase] in the last 52 weeks versus one year ago and [a] one-third increase versus two years ago.”

Sunkist has had a robust portfolio of organic citrus varieties (navel, Valencia, Cara Cara, and blood oranges; lemons; Star Ruby grapefruit; California mandarins; and Minneola tangelos) for more than 15 years. “January is a perfect time to promote organics as many consumers are committed to focusing on self-care and overall health,” Ward said.

South Texas is often an area where citrus buyers can look when supplies are short—but not so much this year. Morris of Homegrown noted that Texas was hit with a devastating freeze in early 2021, which wiped out last year’s production and has severely limited this year’s organic crop. 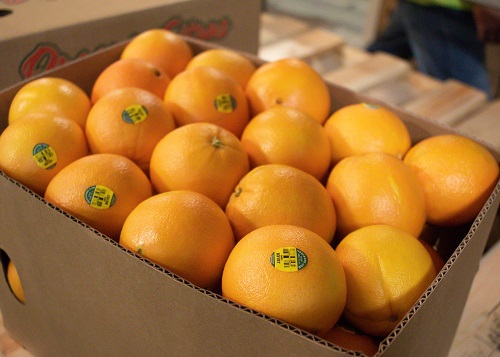 “January is a perfect time to promote organics as many consumers are committed to focusing on self-care and overall health.” – Garrett Stolz

Dante Galeazzi, CEO/President of Texas International Produce Association, said that the total 2021/2022 Texas citrus crop, which is primarily composed of grapefruit and oranges, will only represent about 30 percent of a normal crop.

“Absolutely, we’ll have organic citrus this year,” he said. “Similar to the conventional crop, the volume will be significantly lighter this year, but it too will rebound in the proceeding years. South Texas has enjoyed an organic production presence for many years.”

Galeazzi added that as growers assess the permanent damage that was caused by the Valentine’s Day freeze of 2021, “I do fully expect to see additional organic acreage as a result of new plantings. Will it be a substantial portion of the crop? No, but I do expect we’ll see more organics [from Texas in] the years [to] come.”

David Weinstein is director of procurement for Heath & Lejeune, a Los Angeles-based full-line wholesaler of organic fruits and vegetables. Weinstein recently had a candid conversation with OPN to discuss trends in organic produce in 2021, labor shortages, the "return to normal" following the challenges of the pandemic, and where organic produce is headed in the future.

Founded in 2016 by Joe and Serenity Carr, Serenity Kids offers nutrient-dense baby foods that are made with ethically sourced meats, healthy organic oils, and 100 percent organic produce. Wildly popular, Serenity Kids has become the fastest-growing shelf-stable baby food brand in the US.

5. The Top Food Tech and Sustainability Trends for 2022 According to Forbes