“I’ve always had a sweet spot in my heart for pineapples,” says Alex Madrigal, president of the Nogales, AZ-based organic grower-shipper. “I recall visiting a pineapple plantation as a child, and I was fascinated by the way they seemed to pop out of the ground in perfect pineapple shape. And the way the field workers quickly moved through the rows bending, assessing, cutting, and chucking all of it just blew my mind.” 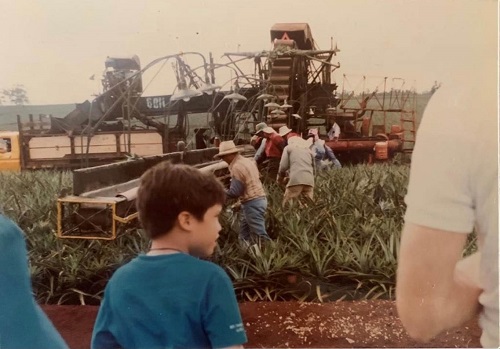 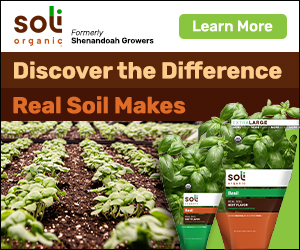 Madrigal decided to start Covilli’s organic pineapple program in 2017 after one of his organic lime growers introduced him to Hector Rendon, a third-generation pineapple farmer in Oaxaca.

“Immediately, I identified with Mr. Rendon’s struggle as I met him at a particularly challenging time,” Madrigal recalls. “He had just been defrauded out of $175,000 USD from his previous USA distributor and had no way of collecting. And so once I met him and his family, visited their farm/packhouse, and understood their organic conviction and commitment to the quality of their program, I was all in.” 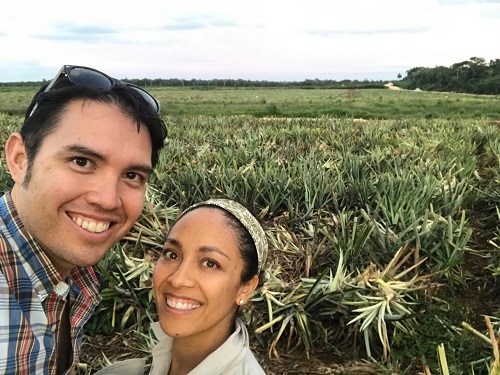 “Mr. Vargas has worked in agriculture his entire life, learning the pineapple crop literally from the ground up,” says Madrigal. “Through much struggle and hard work, he was able to start farming for himself five years ago. He has been organic since the start as he wants his children to inherit a clean world and has high hopes his kids will follow in his footsteps.” 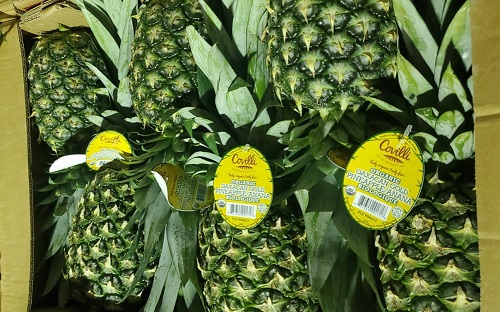 Oaxaca is known for its pineapples and even hosts an annual festival—Feria de la Piña—in the town of Loma Bonita. Both of Covilli’s growers cultivate the Oaxacan Gold variety, which has a sweet taste even when the exterior is green. Rendon’s fruit is available from January through May (and sometimes June), while Vargas’s pineapples are available year-round. 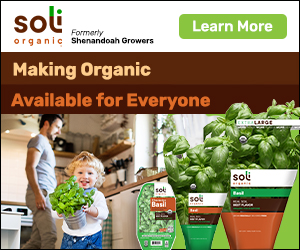 “Through much struggle and hard work, he was able to start farming for himself five years ago. He has been organic since the start as he wants his children to inherit a clean world and has high hopes his kids will follow in his footsteps.” – Alex Madrigal

Pineapples are a challenging and labor-intensive crop to grow. They are sensitive to both cold and sunlight, the latter of which Rendon and Vargas mitigate by tying the leaves of their pineapple plants up around the fruit to protect it when it starts maturing. In addition, Vargas covers his crop with a dark antiviral mesh during the hottest part of the year. Pineapples also have a very long growth cycle—12 to 14 months—making them costly to maintain and increasing the likelihood that they will at some point be impacted by extreme weather, pest pressure, or disease. 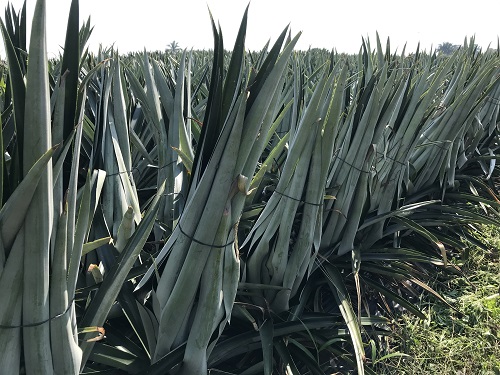 When asked what is unique about Covilli’s pineapples, Madrigal says, “At the risk of sounding corny and absurd, the truth is that there is a ton of love, care, sacrifice, and know-how that go into our programs. Mr. Rendon, our third- generation pineapple grower, likes to walk portions of his fields barefoot as he says it helps him get a better feel for the crop. Now that may seem crazy, but it’s that kind of dedication that we relish.” 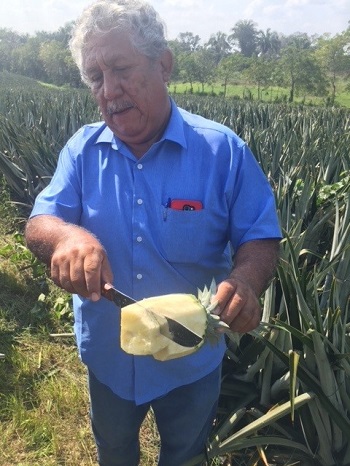 With the addition of Vargas, Covilli is now moving around two loads of pineapples per week, with higher volumes of three or four loads expected during peak periods. “We have strong support from co-ops in the Midwest and wholesalers on both West and East Coasts,” says Madrigal, naming Organically Grown Company, Earl’s Organic Produce, Four Seasons, and Veg-Fresh as a few examples. 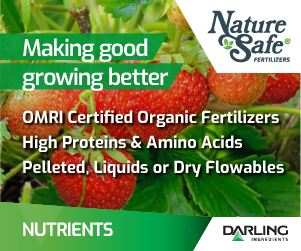 “At the risk of sounding corny and absurd, the truth is that there is a ton of love, care, sacrifice, and know-how that go into our programs.” – Alex Madrigal

Don Mayfield, Organically Grown’s citrus and tropicals buyer, has been purchasing organic pineapples from Covilli since Madrigal began the program and had the chance to tour Rendon’s growing operation in Oaxaca a few years ago.

“When you visit the folks down there [and] you see the living conditions down there, you really want to help the region be able to support a pineapple farm in their backyard,” says Mayfield, noting that Madrigal works hard to ensure his growers get a good price. “His heart is in return to the community.” 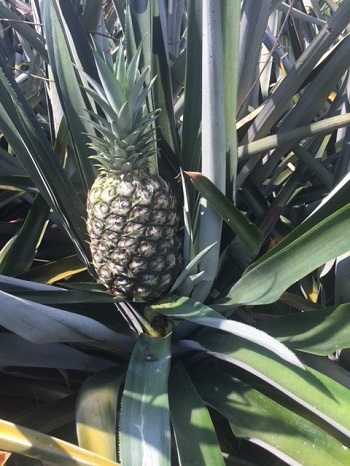 Looking ahead, Madrigal says any further expansion of Covilli’s organic pineapple program will depend on “interest/demand from consumers and if we can add another partner such as a national retailer to our program.”

Madrigal plans to soon start distributing some of his organic pineapples into the Mexican market via his distribution company Covilli Orgánicos México, which he first established in 2019. “We are working on the logistical pathway to introduce Mr. Vargas’s pineapples into Baja California first, then Mexico City,” says Madrigal, who shares that the new Mexican distribution company has “been met with greater success than anticipated.”

Looking ahead, Madrigal says any further expansion of Covilli’s organic pineapple program will depend on “interest/demand from consumers and if we can add another partner such as a national retailer to our program.” 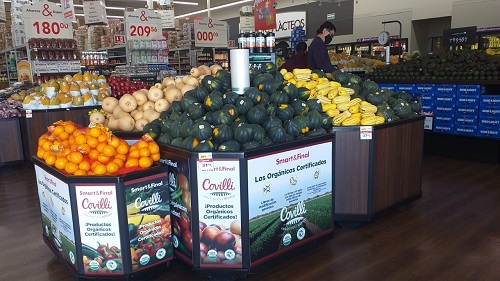 “We’re working on massive educational campaigns aimed at the organic-curious consumer,” says Madrigal of his Mexican distribution business. “In addition, we are working hand in hand with our retailers to help them develop their organic sections within their produce departments.” 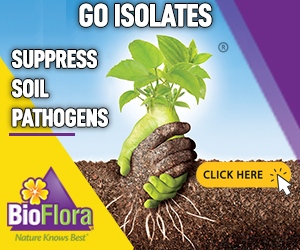 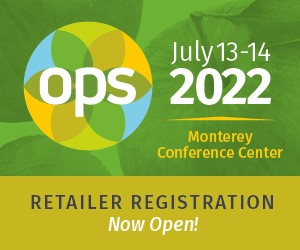 David Weinstein is director of procurement for Heath & Lejeune, a Los Angeles-based full-line wholesaler of organic fruits and vegetables. Weinstein recently had a candid conversation with OPN to discuss trends in organic produce in 2021, labor shortages, the "return to normal" following the challenges of the pandemic, and where organic produce is headed in the future.

Several factors have played a role in reducing the size of the California citrus crop for the 2021/2022 season, with varieties down as much as 20-40 percent from a normal crop in both organic and conventional production. Citrus production is also way down in Texas due to a devastating freeze early last year.

Founded in 2016 by Joe and Serenity Carr, Serenity Kids offers nutrient-dense baby foods that are made with ethically sourced meats, healthy organic oils, and 100 percent organic produce. Wildly popular, Serenity Kids has become the fastest-growing shelf-stable baby food brand in the US.

5. The Top Food Tech and Sustainability Trends for 2022 According to Forbes