Viva Farms is a nonprofit farm training and incubator organization with over 100 certified organic acres across three locations in Washington state’s Skagit and King Counties. It offers aspiring organic growers what it refers to as “the five essentials”—training, land, equipment and infrastructure, markets, and capital.

Founded in 2009 by Ethan and Sarita Schaffer, Viva Farms was initially created to help lower the barrier of entry for Latino farmworkers looking to start their own farms. “Sarita was the Latino outreach coordinator at Washington State University Skagit Extension,” says Danielle Halstead, Viva’s development and communications manager. “She worked with Don McMoran (who is now the director of WSU Skagit Extension) to access some land at the Port of Skagit, which is still our current original farm (it's 33 acres), and started to open it up to leases to beginning farmers.” 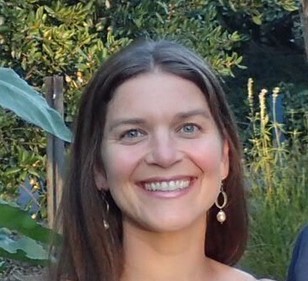 However, it didn’t take long before Sarita and Ethan discovered that offering subsidized land leases wasn’t sufficient support. “They realized how many more wraparound services were needed in order for folks to really be able to launch a farm business,” says Halstead, adding that over time Viva Farms began acquiring equipment (tractors, greenhouses, etc.) and providing on-site technical assistance in organic farming.

“They realized how many more wraparound services were needed in order for folks to really be able to launch a farm business.” – Danielle Halstead

Since 2016, Viva Farms has offered a comprehensive eight-month training program called the Practicum in Sustainable Agriculture. The practicum, which has 50 students this year, is centered around experiential learning (although COVID has shifted some instruction to Zoom), and the students farm a plot of certified organic land at a Viva location in either Skagit or King County.

“[The practicum students do] everything from soil preparation and all the greenhouse seed propagation through to obviously planting and harvesting and then selling the produce,” says Halstead. “And then it's towards the end of the eight months that we move into the business management side and teach the basics of setting up a farm business. And once someone has gone through that program, they're eligible to enter into the incubator.”

Viva’s Farm Business Incubator offers subsidized leases of organic land parcels to farmers looking to start their own businesses. The leases include water, access to farming infrastructure, and technical assistance and are structured in a graduated manner, with farmers paying a little bit more each year they are in the incubator.

Halstead says Viva usually starts first-year incubator farmers on quarter-acre or half-acre plots, allowing them to expand in later years after “they get their arms around running both the production side and the business management side of a farm.”

Viva’s Farm Business Incubator offers subsidized leases of organic land parcels to farmers looking to start their own businesses. The leases include water, access to farming infrastructure, and technical assistance and are structured in a graduated manner, with farmers paying a little bit more each year they are in the incubator. 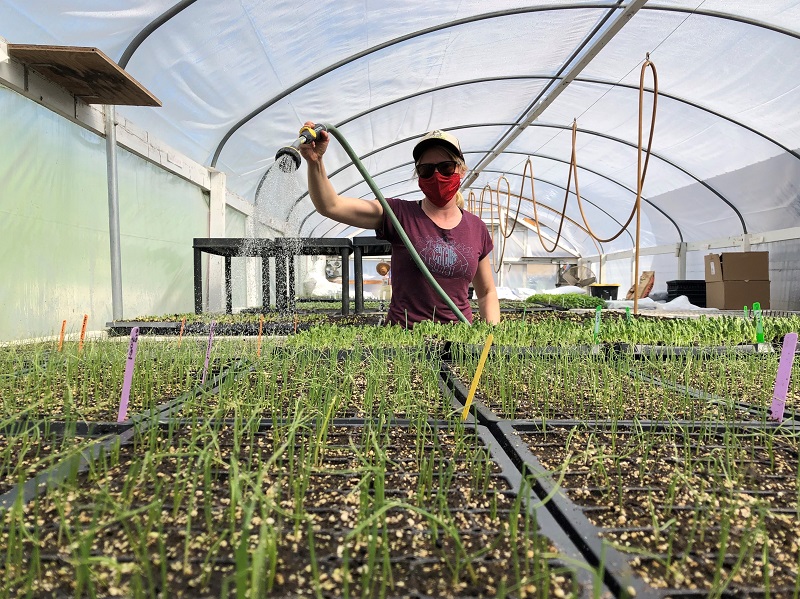 “In year one, we support them in writing a business plan and getting their business license,” Halstead explains. “And then over the years, we move into helping them get crop insurance (if that's something they're interested in), doing farm taxes (Schedule F taxes), and getting an independent organic certification.”

Viva also helps its farmers to access capital by assisting them in applying for business loans and grants as well as through Viva’s own internal low-interest loan fund.

All the incubator farms are covered under Viva Farms’ organic and GAP certifications, but Viva encourages them to get their own separate organic and food safety certifications as well. The ultimate goal for the program is for the incubated farms to launch off-site within about five years.

“And then over the years, we move into helping them get crop insurance (if that's something they're interested in), doing farm taxes (Schedule F taxes), and getting an independent organic certification.” – Danielle Halstead

Currently, Viva Farms has 29 organic farms in incubation, one of which is about to move to an independent location. Now in its sixth year in the incubator, Boldly Grown Farm recently purchased a 57-acre farm in Bow, Washington. Boldly Grown offers a popular fall/winter organic CSA, growing hardy crops like carrots, onions, beets, cabbage, and winter squash. 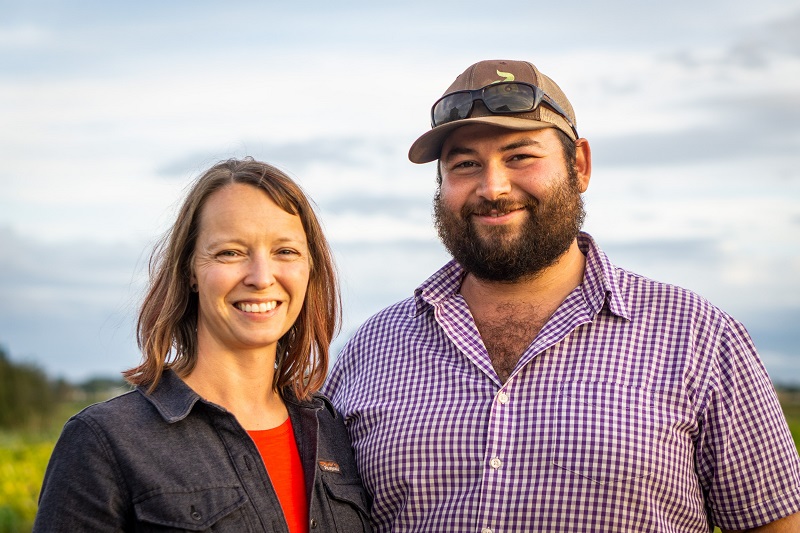 Another one of Viva’s incubated farms—Farias Farm—has already partially launched off-site. Run by three brothers originally from a farming family in Michoacán, Mexico, Farias Farm has 8.75 acres at Viva and 5 acres in Burlington, Washington. The brothers—Francisco, Juan, and Sergio Farias—grow a number of organic specialty crops, including strawberries, spinach, kale, tomatoes, corn, and broccoli.

“I always liked the idea of managing my own farm,” says Francisco, who came to Washington and started working on an organic vegetable farm in 1996. He says he appreciates organic farming because it produces “clean food that is free of pesticides and chemicals, food that you can grab and eat right out of the ground. … I really liked [organic farming],” he says, “And I wanted to do it for myself.”

Francisco’s brother Juan says Viva Farms makes it easier for Latino farmers to start their own farms since both the practicum and incubator are offered bilingually (in English and Spanish). He says Viva is also very helpful in terms of its education on the business side of farming and the access it provides to land and other resources.

“I really liked [organic farming], and I wanted to do it for myself.” – Francisco Farias

Viva Farms also encourages its incubated businesses to sell their produce themselves, and many do through various avenues—farmers markets, wholesale accounts, and their own CSA programs. 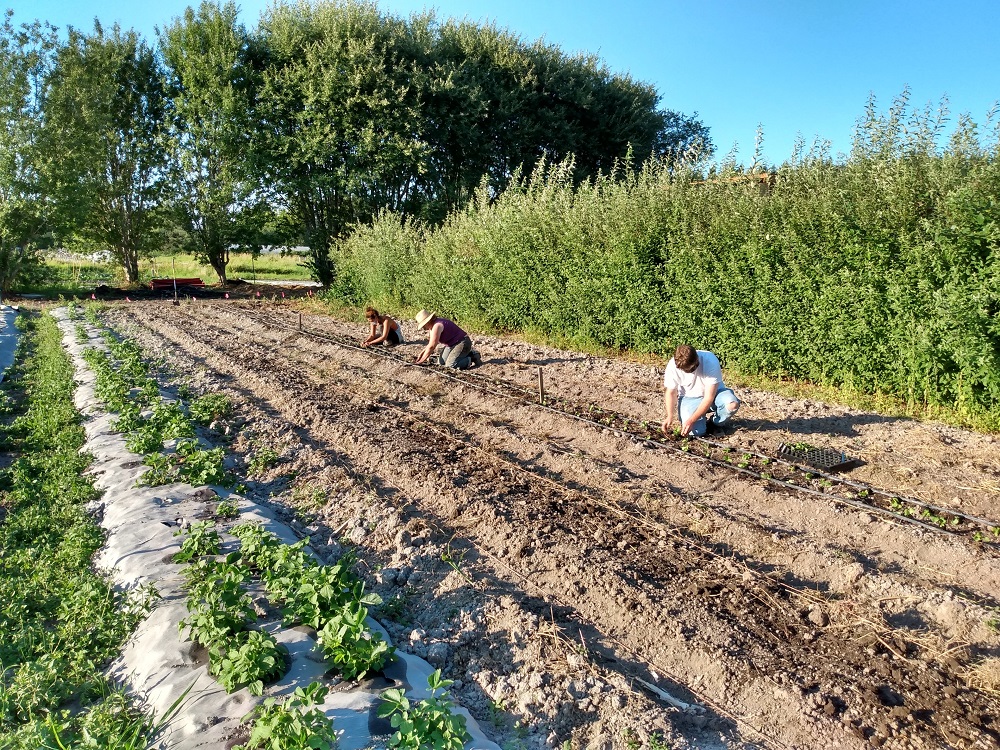 Last year, Viva Farms and its incubator farmers sold around $1.5 million in produce—and Halstead doesn’t foresee demand waning. “We need healthy local food,” she says. “I think people, through the pandemic, really started to understand in reality what a fragile food system looks like and started to value access to healthy local food in a much bigger way than they had previously. And so we're finding an increased level of interest, both for participants in our programs as well as community and customers that are interested in buying local produce and supporting what we do.”

Investigative journalist and author Larissa Zimberoff has been confirmed as a keynote presenter at the fifth annual Organic Produce Summit (OPS), which will be held on September 15-16 in Monterey, CA.

The early season Washington apple forecast places the organic crop at about 15.4 million cartons, which is within the margin of error of last year’s crop. The organic apple category has consistently seen an increase in demand, so a year of similar supplies could result in a relatively strong market for organic apple producers.

2. Ampersand Adjuvant Now Approved for Fungicide Use in California

5. The New Label We Need on Produce: “Smart-Farmed”