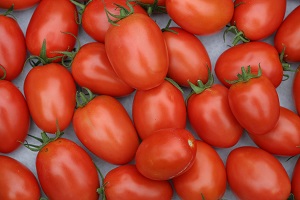 Organic Vine Ripe Round and Roma Tomatoes from PA continue in peak season for August, and quality has been excellent. Organic Heirloom Tomatoes will be limited for early August as local growers have just begun harvesting. Organic Beefsteak Tomatoes remain very limited from Canada and Mexico for August. Sizing has been on the smaller size as crops are rotating. Organic Cluster Tomatoes are available from Canada and Mexico. Quality have been nice, and supplies are steady. 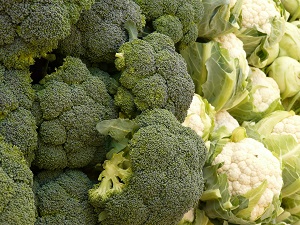 Organic Broccoli supplies from California are becoming limited heading into August with prices on the rise. The good news is that harvests from Quebec and New York will provide some relief to the east coast supply chain. Organic Broccoli Crowns and Organic Sweet Baby Broccoli have seen substantial increases in pricing and decreased availability for the beginning of August. Organic Cauliflower from California continues with limited availability for the beginning of August. Pricing is expected to remain elevated in August. Supplies from Quebec will be available in August to supplement limited Western supplies. 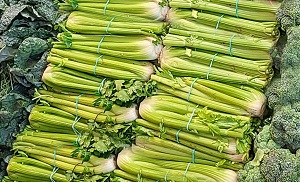 Organic Celery from California continues strong supplies for the beginning of August. Promotable pricing, strong quality, and stable supplies in August makes for a great time to promote. 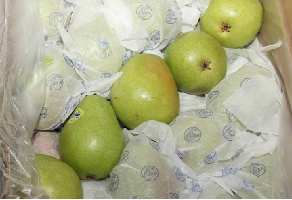 New crop California Organic Barlett Pears are now in season, and Organic Bosc Pears will get started the first week of August. The import Organic Pear season is over. California volumes will begin to improve and will be quickly followed by Washington growers getting started later in August. 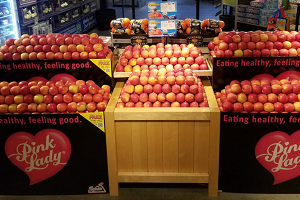 Organic Apples will be in a time of transition during much of August. Washington growers will begin harvesting some of their early varieties (like Gala and Honey-crisp) as we approach September, and are still packing some of their storage 2020 crop. Other varieties will be supplied by remaining import volumes, like Organic Fuji and Pink Lady Apples. Generally, prices will be higher until the new crop volumes really kick in. 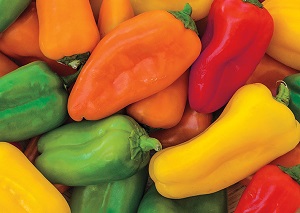 Organic Red, Yellow, and Orange Bell Peppers from Canada and Holland continue to have nice quality and steady pricing. Expect for promotional opportunities in August. Organic Mini Sweet Peppers from Mexico are beginning to see supplies slow as August begins. Fortunately, local supplies from Pennsylvania and Ohio will begin in mid-August. 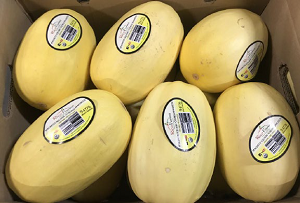 Organic Zucchini and Yellow Squash local production is in peak season to begin August. Supply volumes are strong, pricing is promotable, and quality is superb. Locally grown PA new crop Organic Acorn and Butternut Squash are getting started for the be-ginning of August. Organic Spaghetti Squash and other varieties will start closer to September. 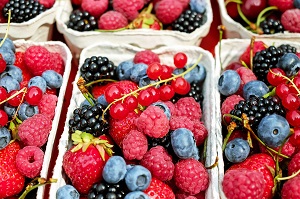 Organic Blueberry supplies out of the Pacific Northwest continue to supply a bumper crop with very promotable prices. This will continue through early August, and then is expected to come to a screeching halt and prices will climb fast and high towards the end of August. Organic Raspberry supplies are expected to remain firm and steady. Organic Strawberries are in steady supply to kick off August with decent quality. Volumes are expected to become very limited with rising prices towards the end of the month. Organic Blackberry supplies out of California are beginning to improve just in time as the local crop has finished for the season. Expect steady prices in August. 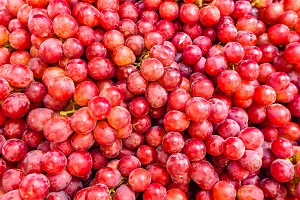 Organic Grapes from California are in peak season! August and September will be the best time of the year to promote while the crop is at its best. Organic Red and Green Seedless Grapes are expected to be in steady supply well into the fall with organic production up 10-20% over last year. Organic Thomcord Grapes will be in stock the week of August 2 and promotable through mid-September. Thomcords are a Thompson and Concord cross that is seedless, yet has that classic grape jelly flavor. Mexican Organic Cotton Candy Grapes have officially finished for the season. There is no California option for this year.

Mastronardi Produce is a fourth-generation, family-owned produce company and the first to bring commercial greenhouse growing to North America.

The first in a series of educational sessions at Organic Grower Summit (OGS) presented by Western Growers and OPN, "Organic Grower Perspectives on the Challenges of Scaling" will focus on the issues growers face in expanding their businesses to meet the increased demand for organic fresh produce. This session will explore how organic growing operations can navigate the changing marketplace to better fill the supply chain and offer products on a mass scale. OGS will be held in person on December 1-2 in Monterey, CA.

With regional and home-grown production across the country greatly reducing demand for organic vegetables from year-round producers, sales boards are not lighting up with many bright spots. Cilantro is one exception.

Have you ever spotted something out in front of a store that irresistibly caught your attention?