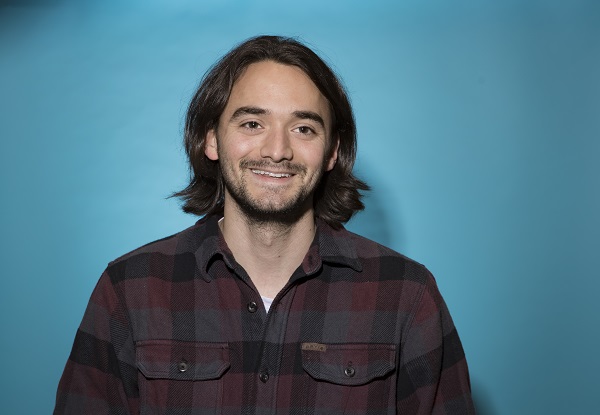 What percentage of Happy Dirt’s produce is certified organic?

It’s about 88 percent—and, of course, it oscillates depending on the month. As a company, we’ve decided that we want to try to keep the vast majority of what we move organic.

What regions do you source from, and how much of your produce is local?

Our rebrand last year from Eastern Carolina Organics to Happy Dirt allowed us to open up to a much wider sourcing area. Our farmer-owners are based here in North Carolina, and most of the money we spend is going to farmers in this state, but we are also competing in an industry that is consolidating, so we realized that to be sustainable as a company in the face of competition, it didn’t make sense to restrict ourselves to just one region. We now source from a variety of places, but around 90 percent of our purchasing dollars in 2020 went to growers in the Southeast.

How did you go about establishing new sourcing regions?

“Our rebrand last year from Eastern Carolina Organics to Happy Dirt allowed us to open up to a much wider sourcing area.” -Alex Borst

Then we began to bring in some stock items from West Coast partners to fill out our offerings. My goal has been to get as much organic produce as possible and also to prioritize fair trade and biodynamic produce. If the produce can’t be local and is going to have more mileage on it, then we're trying to add as much value as possible. 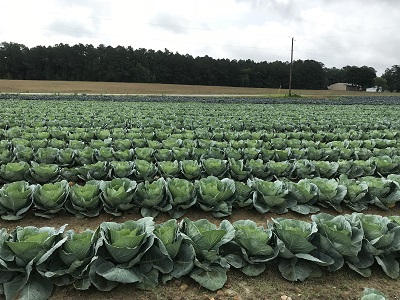 What commodities do you source from the West Coast?

We're not at the scale yet to be able to do full trucks on our own (we've been working with LTL companies), so we’re sourcing things that can survive a four- to five-day trip—citrus, celery, potatoes, and onions. We've also been doing ReadyCycle-pack strawberries from California, and we have been doing some fair trade mangos that are from Mexico that we load in Nogales.

“My goal has been to get as much organic produce as possible and also to prioritize fair trade and biodynamic produce. If the produce can’t be local and is going to have more mileage on it, then we're trying to add as much value as possible.” -Alex Borst

What are some of Happy Dirt’s biggest movers? This is, of course, a thinly veiled invitation to talk about sweet potatoes! 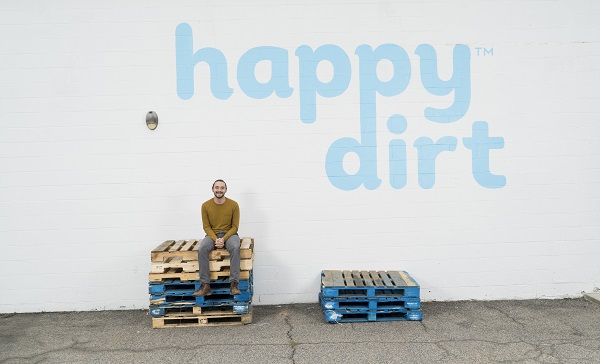 Our next biggest mover would be leafy greens. We sell a ton of North Carolina, Pennsylvania, and Florida kales, lettuces, and other greens. We also do cabbages, cucumbers, zucchini, yellow squash—a lot of your basic Southern veg. And corn is a big mover—we see really crazy corn sales! We also sell a lot of blueberries and strawberries.

And then aside from the high-volume commodities, I really want to highlight that we work with many smaller growers in North Carolina and surrounding states. We offer patty pan squash, okra, different kinds of beans, and heirloom items that are exciting and fun to have on the list and great for our local restaurant customers.

What has the response been like to Happy Dirt’s new label, which debuted last year as part of the rebrand?

We've gotten really good feedback on the label! The goal with the branding was to move away from the forest greens and the browns of the world of packaging to some eye-catching, popping stuff that really resonates with people. We also felt like some organic branding is a little preachy and focused on a very specific type of shopper. We want to open organics up to your average shopper, similar to what Fruit World (who we source from regularly) has done with their marketing and branding of citrus products on the West Coast. 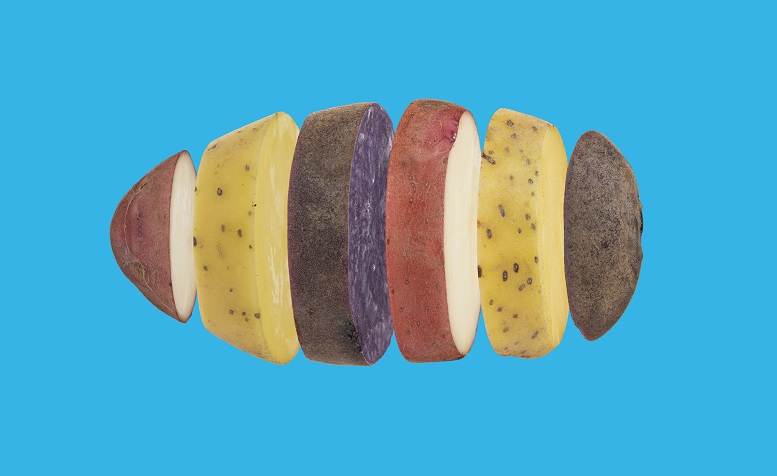 We’ve found that the new label has been really helpful in getting our brand out there. We get emails from customers in Pennsylvania and in the Southeast who see our collards or our kale with our Happy Dirt bunch tags on them and say, “Hey, I loved your collards—they were great!” It’s always really fun to receive those kinds of messages; they let us know the marketing is really working!

While we're not there yet, I also want to mention that we really want to be leaders on the East Coast (or at least in the Southeast) in sustainable packaging. In the coming years, our goal is to move away from plastic clams and plastic tags to more sustainable options. Sustainable packaging is not super prevalent yet in grocery stores that I have visited in North Carolina or in other southern states, so many growers haven’t had any incentive to make the switch away from plastics. It's been cool to work with growers on the West Coast who offer the ReadyCycle packs because they look really awesome in the retail stores that we work with who haven't had the chance to source them before. People just love the compostable packaging and keep requesting for us to eventually move local produce into those same kinds of packs. 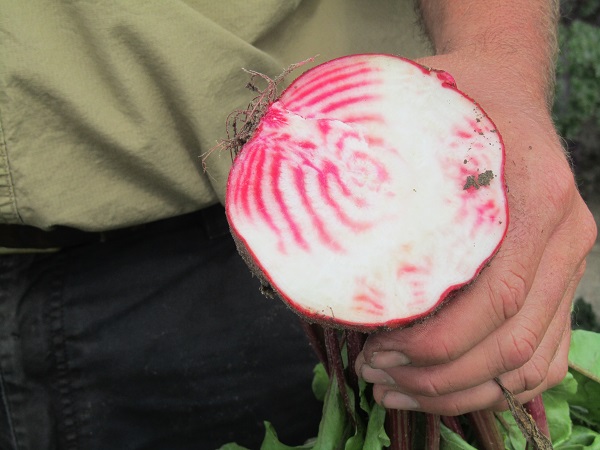 Can you describe your customer base and distribution area?

“It's been cool to work with growers on the West Coast who offer the ReadyCycle packs because they look really awesome in the retail stores that we work with who haven't had the chance to source them before." -Alex Borst

And the other approximately 40 percent of what we sell is out on our own Happy Dirt trucks. Here in North Carolina, we have a really awesome vibrant base of local customers. We work with several different grocery store chains that we sell retail-grade product to, and we also sell to local box clubs, restaurants, cafeterias, kombucha makers, and breweries (who use our produce in beers—basil beers, strawberry beers, etc.). 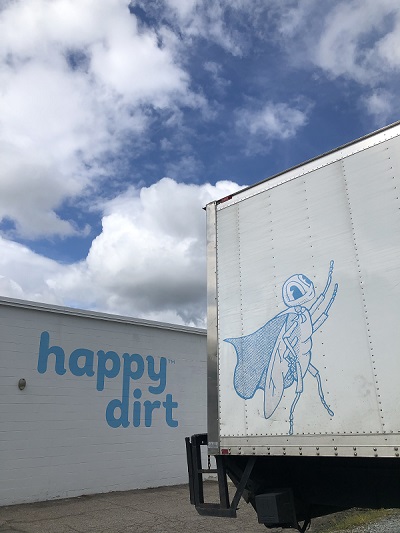 And we're always looking for new customers! We have a lot of great product to move, and we love working with cool customers who value good communication and good-quality produce and who are just overall enjoyable to work with. We have a really solid team here right now and do our best to provide great customer service and to market produce at fair prices while also getting fair prices back to farms.

Total organic fresh produce sales for the second quarter of 2021 saw a continuation of year-over-year growth, increasing by 4 percent from the same period last year and nearing $2.3 billion for the quarter, according to the Q2 2021 Organic Produce Performance Report released exclusively by Organic Produce Network and Category Partners.

For many months now, cartons of organic avocados have received around a $20 premium in the FOB price over their conventional counterparts. Del Rey, Eco Farms, and Calavo weigh in on the strong organic avocado market.

Jim Donald, Albertsons' co-chairman and one of most admired CEOs in the world, will be a featured keynote presenter at the fifth annual Organic Produce Summit (OPS), joining retail industry veteran Kevin Coupe for a provocative and engaging conversation about the future of the food industry and the role organics will play for consumers and the retail community.

5. How a Business Executive Is Bringing Back His Family’s Historic Black Lexington Farm