Wong Potatoes' Dan Chin, whose family has been growing potatoes in the Klamath Basin on the California/Oregon border for 92 years, said it is possible this will be the company’s last year in the potato business.

“We’re struggling here in the Klamath Basin,” he said. “It is a big challenge. This year we are getting no water from Klamath Lake …100 percent for fish, zero for farmers.”

Wong Potatoes markets the potatoes of Chin Family Farms Organic, Klamath Falls, OR. This year, Chin said the farm must survive on only well water, which has caused them to cut their acreage in half. The 2020 crop, sold from storage, exhausted its supply of organic potatoes at the end of May.

“It is a big challenge. This year we are getting no water from Klamath Lake …100 percent for fish, zero for farmers.” – Dan Chin

Chin expects to start harvesting the new crop of organic potatoes following Labor Day, although it remains to be seen what the extreme heat is doing to the below-ground crop. 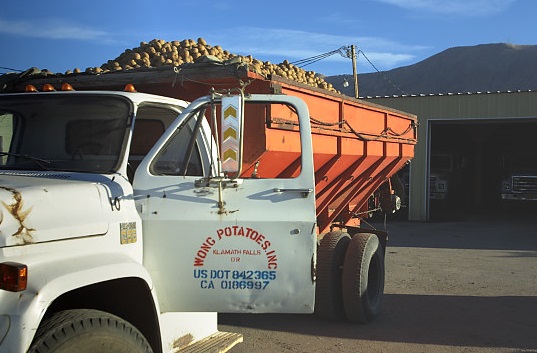 “Normally, our temperature will reach into the 90s for about a week during the summer. We have been at 104 degrees for three to four days, and it’s supposed to get hot again this weekend,” Chin said this week. “We’ve already had at least two or three weeks of extreme temperature.”

With only well water, Chin is doing what he can to hydrate the potato crop but has had to cut back his irrigation timetable from once every four or five days to once a week. “I expect we are hurting yields, and we will have to see about quality,” he said. 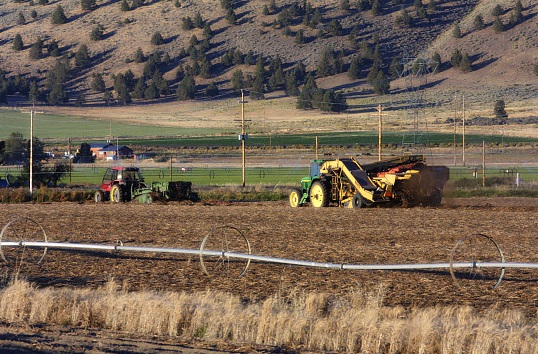 As farmers in the area hope for rain, they are also seeking a common sense approach to get some percentage of their Klamath Lake water allocation. “There is no question that there is a drought, but the lake is still three-quarters full. We should be getting some water,” Chin said.

Down the road on the California side of the border, Ryan Finney of Cal-Ore Produce Inc., Tulelake, CA, was singing the same tune. The company produces both organic and conventional potatoes and has had to reduce its conventional acreage by 11 percent and its organic plantings by 5 percent. 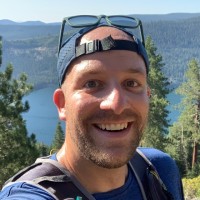 Finney said the company has cut back on field crops, such as wheat and barley, as it concentrates its water use on its potatoes. “You drive through the basin, and it’s really sad how few acres are being grown. The area has reduced its acreage significantly,” he said.

The drought has been going on for the last few years, and Cal-Ore Produce has been slowly decreasing its overall acreage but trying to keep its organic potato acreage as high as it can. Finney said they ran out of organic storage potatoes at the end of May, which is the earliest that has happened. “Demand for organics is definitely up,” he said.

“You drive through the basin, and it’s really sad how few acres are being grown. The area has reduced its acreage significantly.” – Ryan Finney 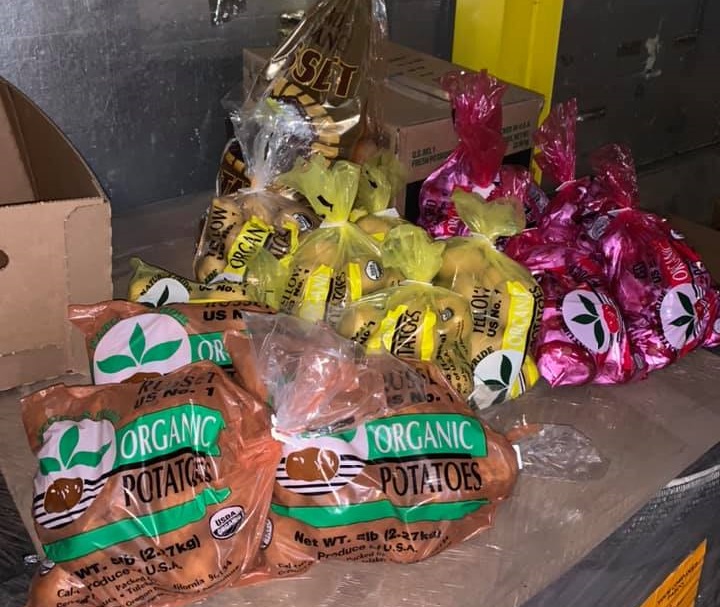 The company plants its acreage a bit later than the norm in the area, so Finney said they will not begin shipping organic fresh potatoes again until October.

“Demand for organics is definitely up." – Ryan Finney

A couple states to the east, Lonnie Gillespie, chief organic officer for Farm Fresh Direct, a potato specialist in Monte Vista, Colorado, is hopeful that the Northwest heat and drought will not adversely impact the summer organic potatoes she sources from that region. “We sell our storage crop (from Colorado) through July, and then we source from Washington for about six weeks before our fresh crop starts up again,” she said. 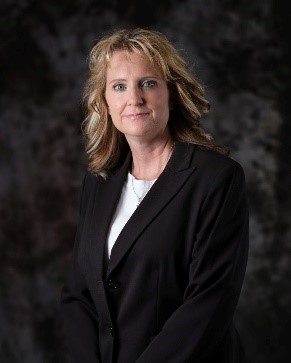 Though temperatures reached as high as 117 degrees in the Washington potato districts, Gillespie said the growers report that the plants still look healthy. She expects the crop to be dug on time, starting later this month. “If there are issues (with the heat), we won’t know it until they have been in storage for a while,” she said.

“Last year has been a strong one for the organic potato industry as consumers spent their time at home cooking up a storm,” Gillespie said. Organic potatoes do not have a big presence in the foodservice market, so the boost in retail sales made for a very solid market over the past year.

“We had a very strong organic market right after the pandemic hit, and I didn’t see a softening until the last couple of months. But right now, it is not as strong as it usually is at this time of the year,” she said, opining that consumers have left the kitchen and are getting back out in the world now that the worst of COVID-19 appears to be over.

“Last year has been a strong one for the organic potato industry as consumers spent their time at home cooking up a storm.” – Lonnie Gillespie

Regarding Colorado’s upcoming organic potato crop, Gillespie said the state is in a drought, but growers appear to have enough irrigation water to make a good crop. She said both demand and supply of organic potatoes appear to be on the rise. “Growers are pretty tight lipped about their organic acreage,” she said. “I have heard through the grapevine that it is up, but there is no way to know for sure.” 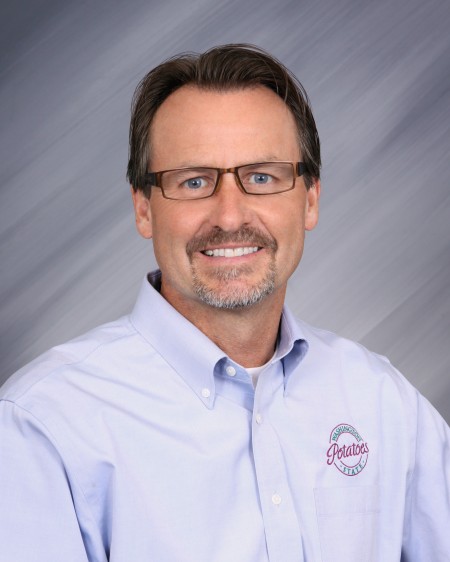 Chris Voigt, executive director of the Washington Potato Commission, said organic potatoes from Washington have not done extremely well price wise, which makes them a difficult proposition for Washington growers who must sacrifice yield to produce an organic crop. He said Washington is the furthest potato production area from the lucrative East Coast market, which might be affecting the price growers can command for their organic output.

This year, while much of the West is facing drought conditions, Washington had a good amount of rain and snowpack during the winter. However, the June heat, which reached 117 degrees in some production areas, is a concern. With the harvest of the crop just getting underway, Voigt said growers are concerned about yields, misshapen tubers, and storage life. 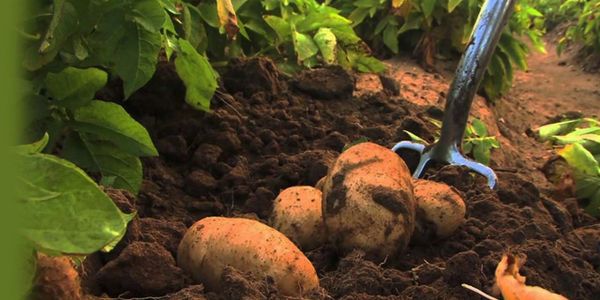 Potatoes, he said, do not like it when temperatures soar higher than 95 or 96 degrees. They tend to shut down and stop growing, yet they continue to age physiologically.  “Instead of going into storage as vibrant teenagers, they arrive as mature adults, which can decrease their storage life,” Voigt said.

The true effect of the extreme heat probably will not be known until the full harvest has been completed, which usually takes place by the end of October.

A fixture on the Boston produce scene for generations, State Garden, which first set up shop in 1938, is a leading producer of both conventional and organic tender-leaf greens, spinach, celery hearts, and more in the Northeast.

Dr. Charles (Chuck) Benbrook has spent the past 40 years trying to understand how farming systems impact food and health. He recently wrote a paper with Dr. Susan Kegley and Dr. Brian Baker comparing pesticide use and risk between organic and conventional farming systems. Dr. Benbrook joined OPN to discuss the key findings in the just-published paper “Organic Farming Lessens Reliance on Pesticides and Promotes Public Health by Lowering Dietary Risks,” which appears in the journal Agronomy and is open access (free to anyone).